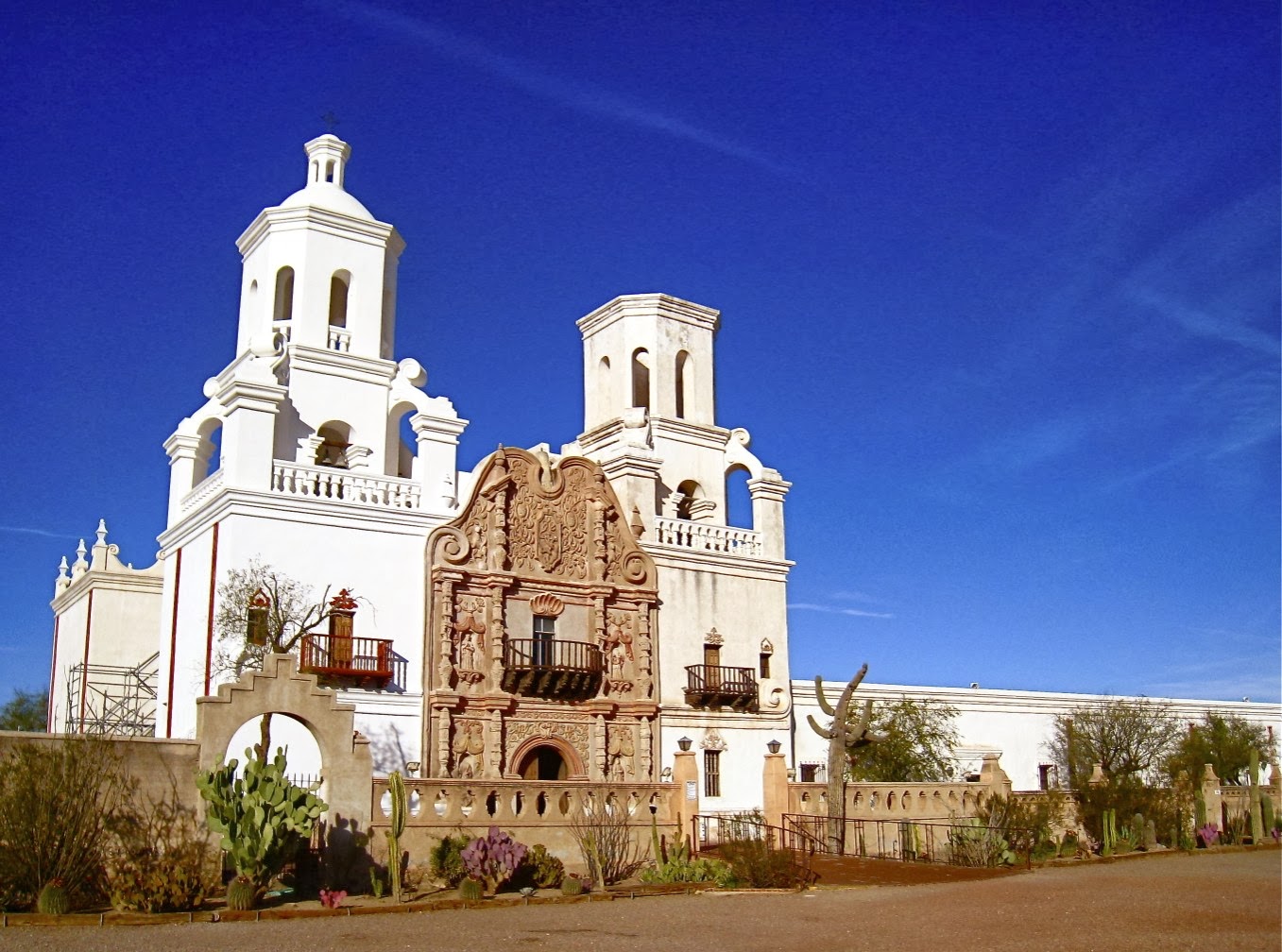 Watercolor sketching is a great stretching exercise. The point of sketching is to capture the essential feeling of a scene as quickly as possible without regard to detail…as opposed to rendering a photographic representation. As mentioned previously, the soul of a painting—the "Art"—is often inversely proportional to detail, accuracy, realism…and, to some extent, time spent.


With this in mind, sketching helps take some of the pressure off the results as we only want to capture an impression and mood. Maybe it's the cobalt blue sky, or the contrast between subject and sky. The pencil drawing should be loose and lack most of the detail and accuracy your mind and eyes are telling you to include. This is a battle of will, to simplify, simplify, simplify. It is quite likely that most of your favorite paintings…the one's you are most happy with…will be "loose" sketches.

If you are self conscious like I am, sketching "plein air" (on scene outdoors) when there is an audience looking over my shoulder is counter productive in that it tightens me up. Sketching is all about teaching us to loosen up. Since I need to be alone in order to be loose, sometimes I take photos of the subject from where I would paint if there were no people and do a sketch from the photo. However, there is much to be gained from painting plein air that has nothing to do with painting. It is a courageous act for a beginner to paint in public. It has been suggested that one should disrobe before painting in public as it takes the focus off the "art."


Shown below are a few paintings that began as playing, i.e., dropping various complementary colors onto a wet surface and watching them blend into shapes. As the paint begins to dry you will begin to see "something" (or near something) take form. Like below, I saw a partly cloudy sky and then colors that reminded me of Zion, so I added some cliffs and a little definition and a little more color. Bingo. Zion. Watercolors are like strong women…they have a mind of their own and sometimes you just need to follow…let them take you, instead of trying to force your will on the painting. You will learn more about painting by "Playing" than all the workshops and books in Sedona. If you just sketch and play there is less disappointment and you will itch to do it again and again just to see what happens…wet paint into wet paper. 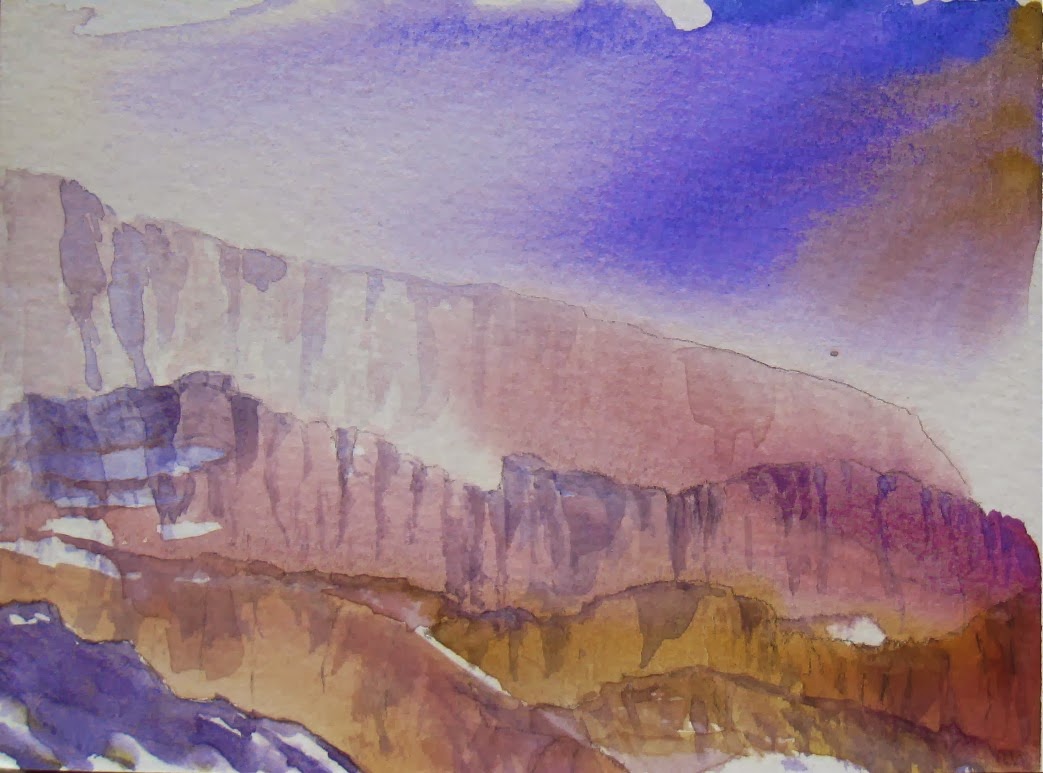 The painting below came about by "playing" after a visit to Yosemite National Park, where I was fascinated by waterfalls. 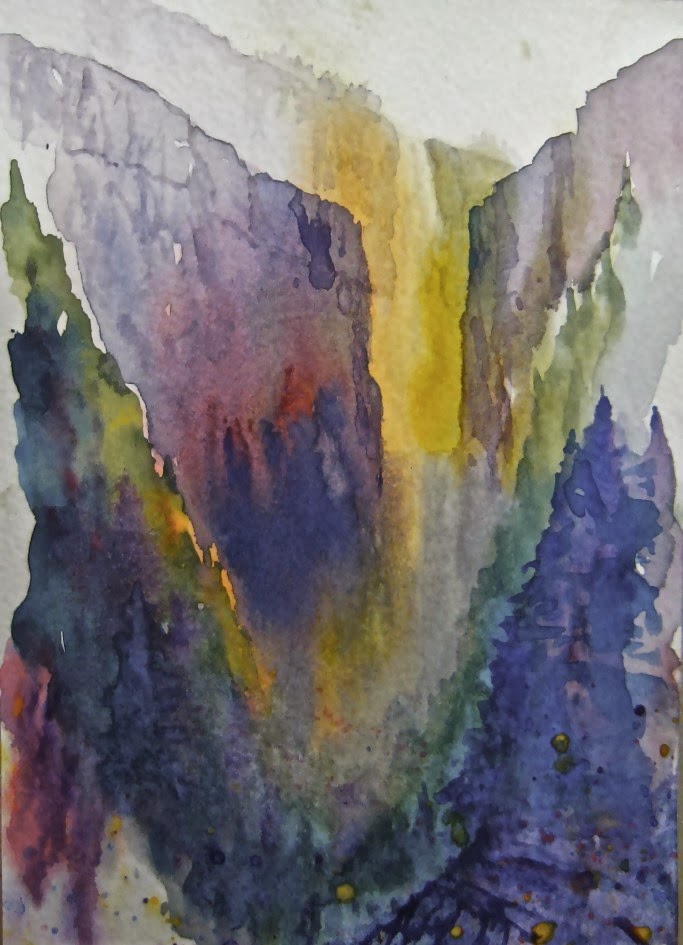 Below is a coastal Oregon sketch painted from a photograph. I got a little bogged down in minutia…trying to show foreground grass and bushes in detail when the subject…the thing that captured my attention originally…was the distant forested hills and mountains. The too blue ocean and lighthouse pretty much stops the eye from going into the distance. 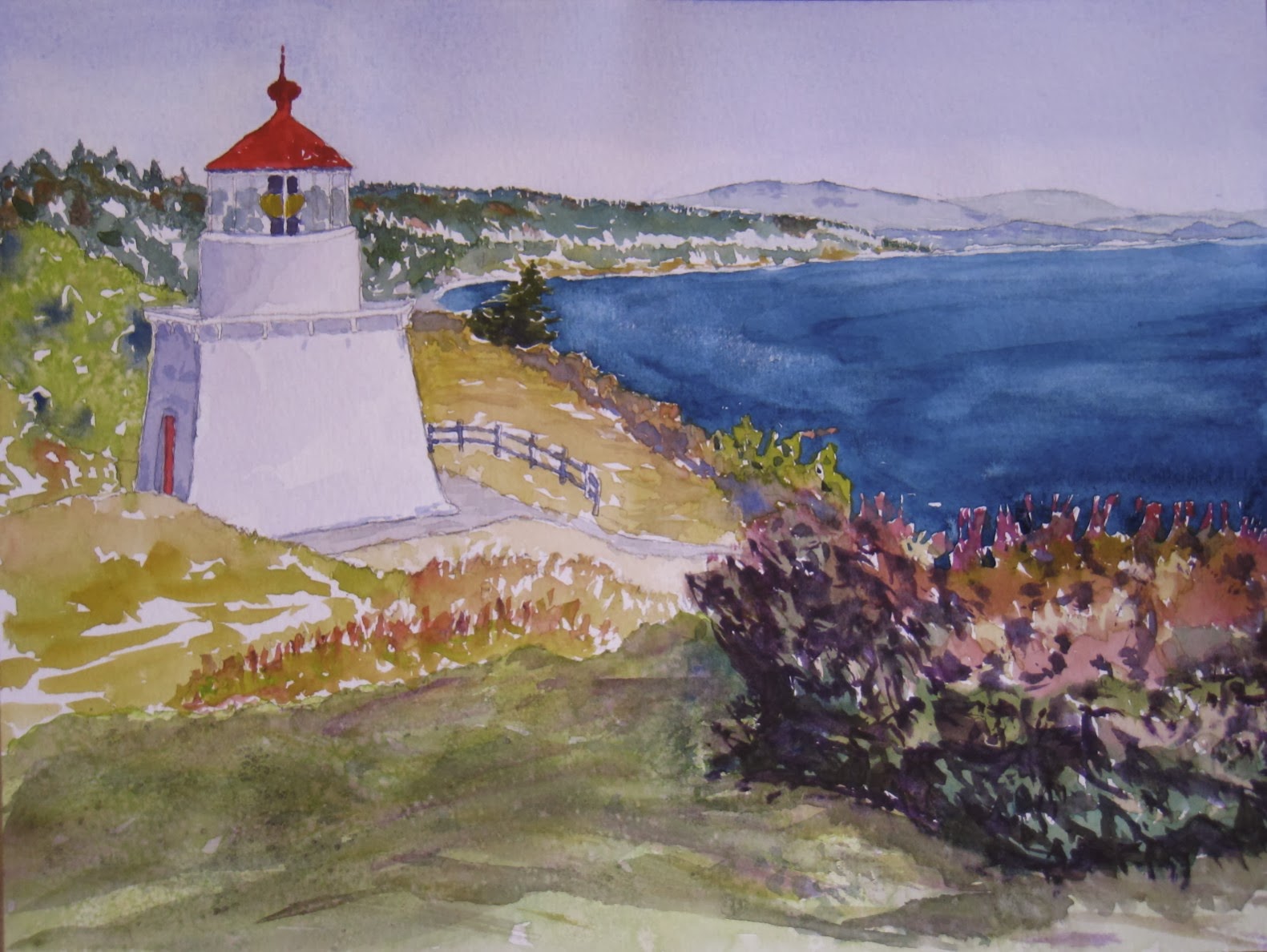 On a brillant, sunny day we tried to do a little sketch near Sedona. It was hot and dry as a desert bone, so we were forced to work fast as the paper dried immediately behind brushstrokes. Watercolor on dry paper is quickly fixed, and stark raving LOUD. Still, it was fun. In such conditions you need an umbrella to shade the painting.

Now go get some watercolors and "Play."
mark and bobbie 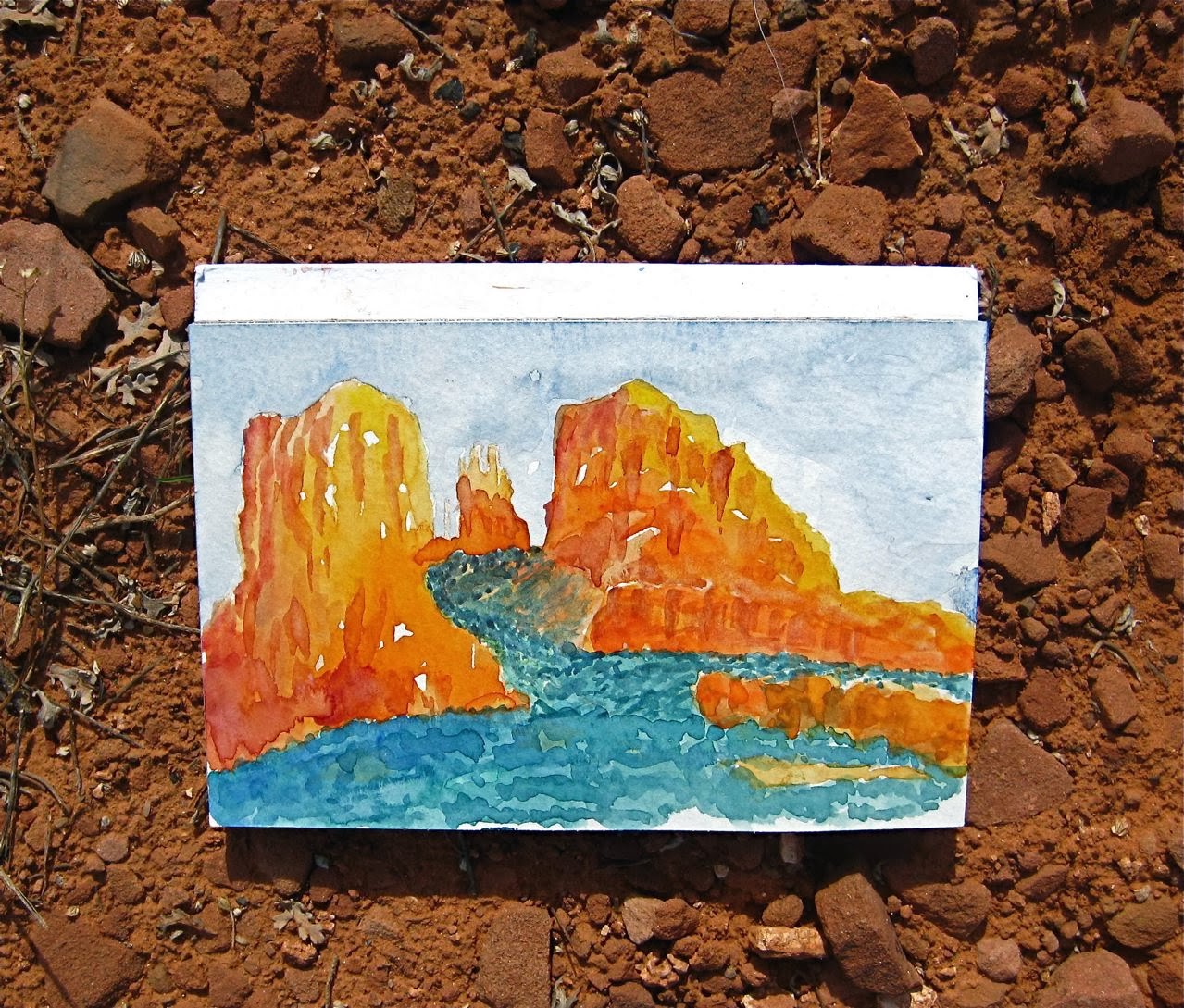 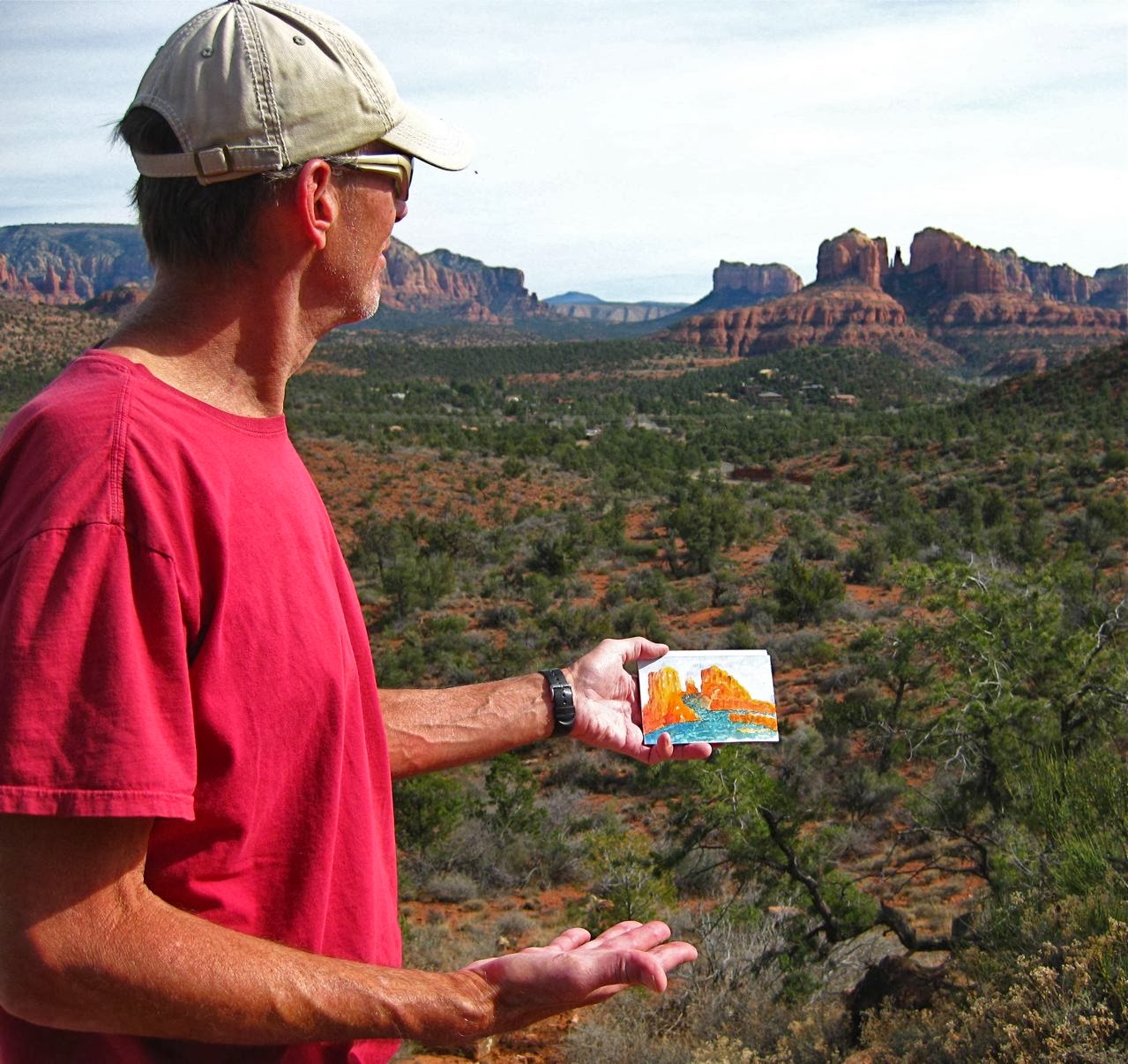 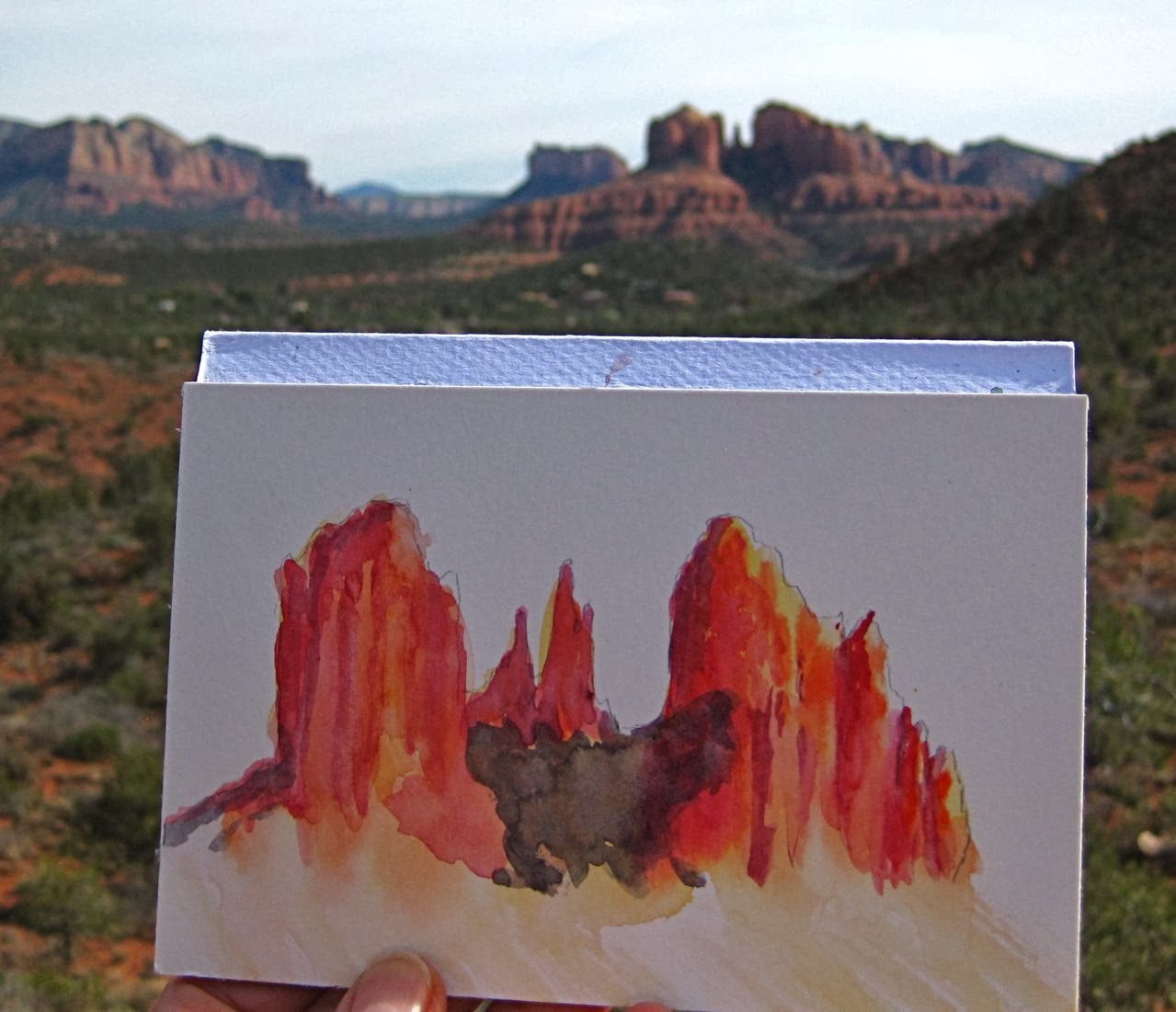 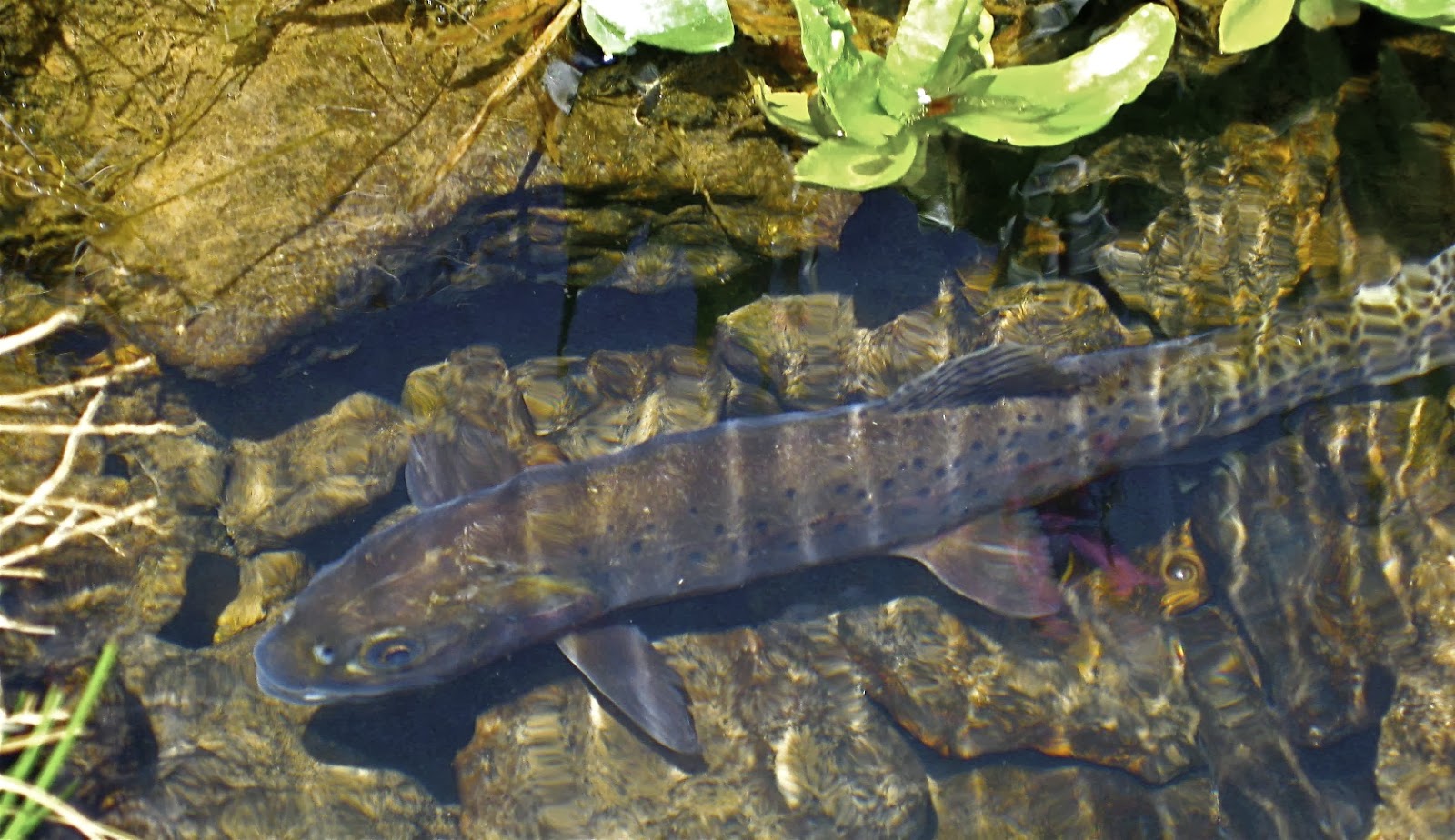 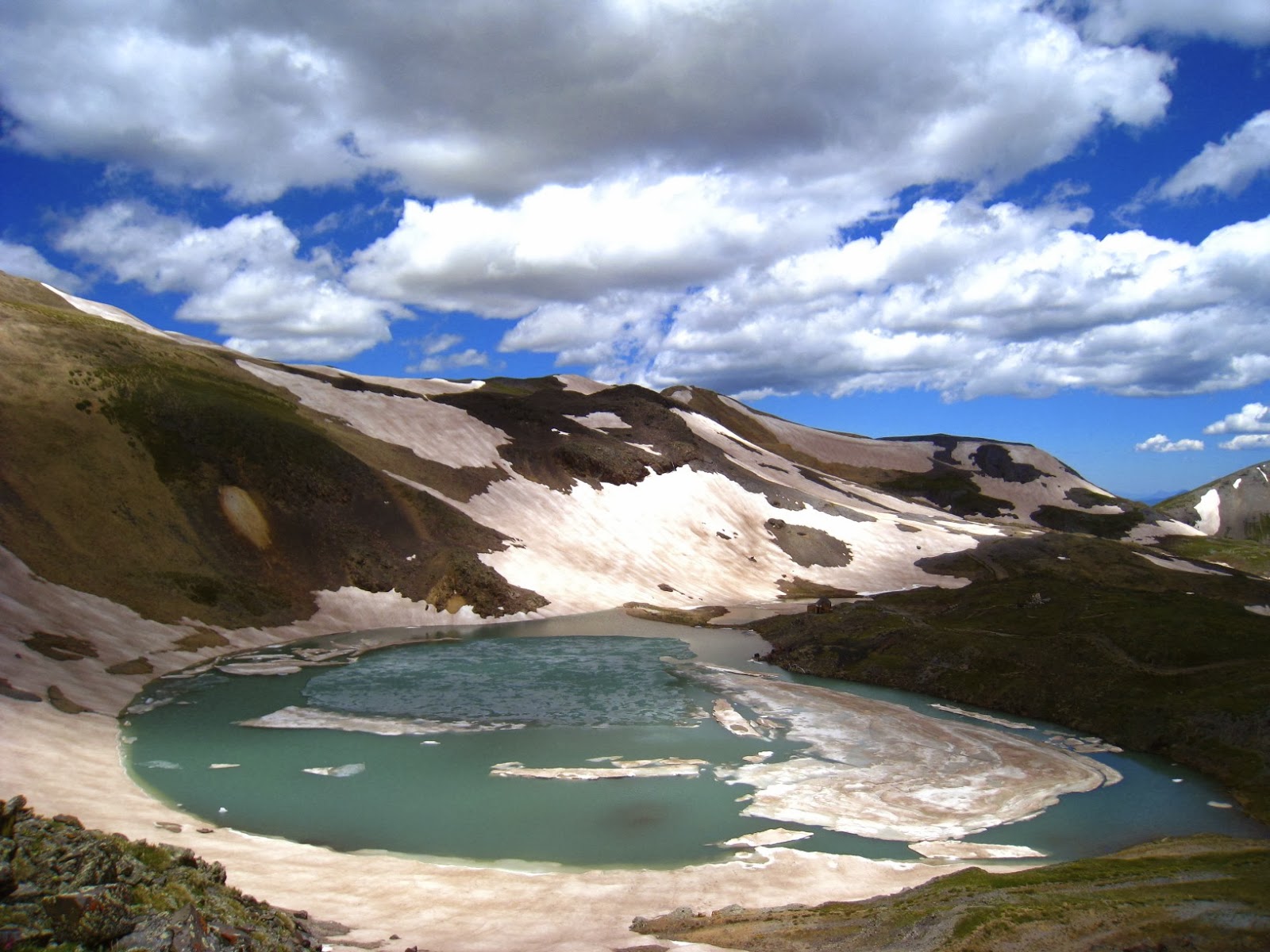 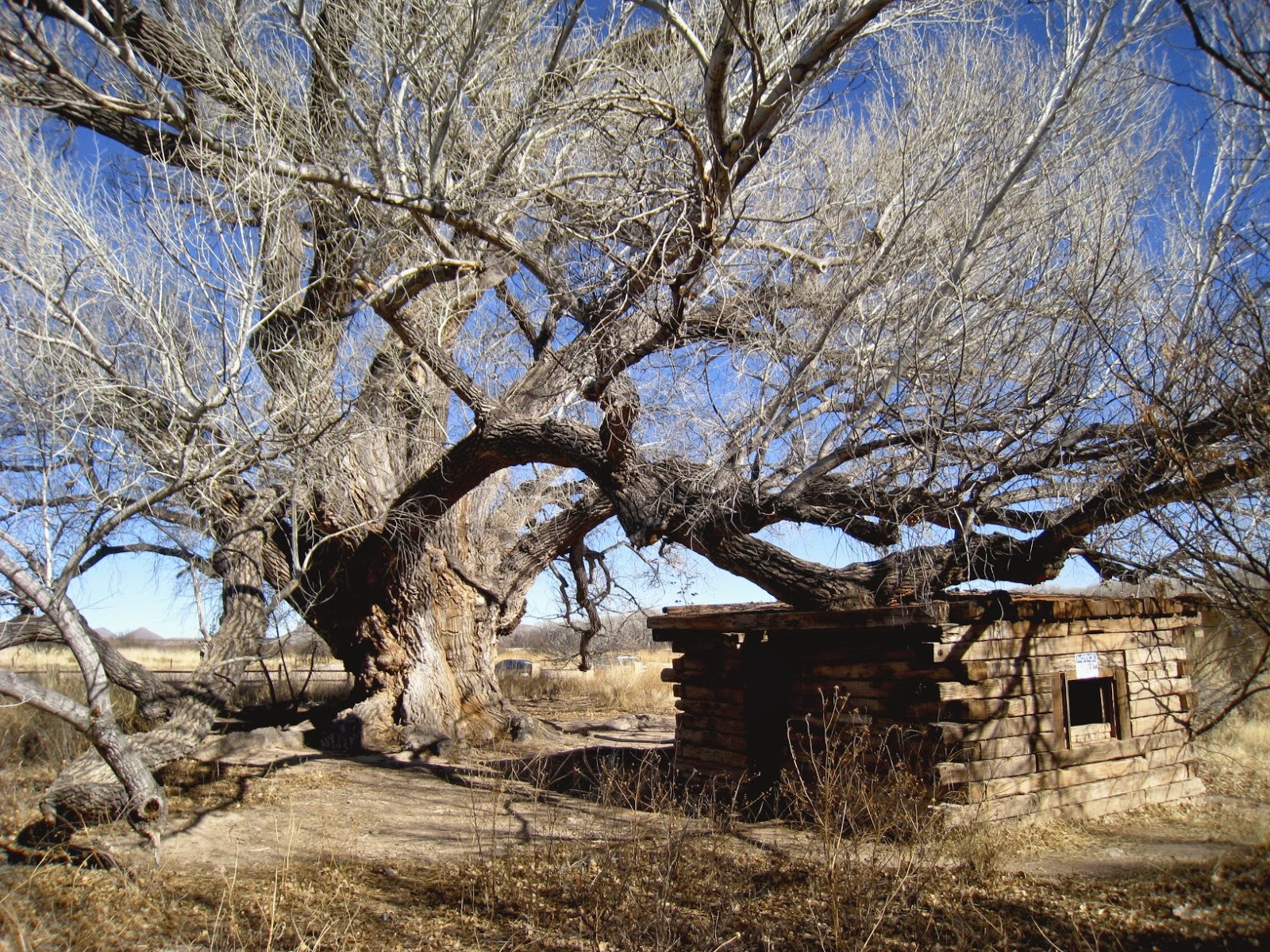 Posted by Box Canyon Blog.com at 8:37 AM