Thanksgiving Two: Back on the road to Bobbie's clan 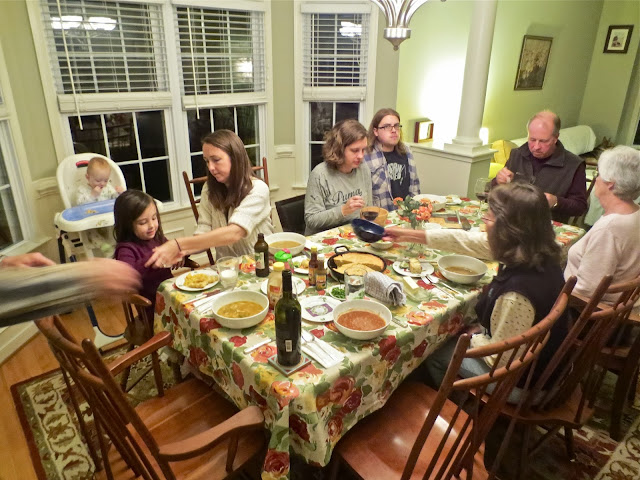 Saturday, post Black Friday in NYC and early, and by "early" I mean way dark wee hours. It seemed as though I had just closed my eyes when an obnoxious alarm clock invaded peaceful slumber. Time to get back behind the wheel of our "Budget" Ford Focus rent-a-wreck, blurry eyed and mushy tailed, and head for Philly International. There are two reasonable explanations for this insanity. First, Son Caleb had a "Breakfast" flight to catch home. Second, we needed to catch up to Bobbie's clan in Richmond, Virginny, for a post-Thanksgiving reunion. Six hours, four freeways, three coffees, two Diet Cokes, and a pee stop later, we rolled into nephew/niece Matt and Shauna's driveway. We were greeted with warm hugs in an aromatic kitchen, where pots of soup were always on the simmer, and meals cascaded like Dominos, one to another. Upon our arrival, Shauna's mom, Lonnie, was just departing the revolving door; "Hello/Goodbye." I see where Shauna get's her good looks :)) 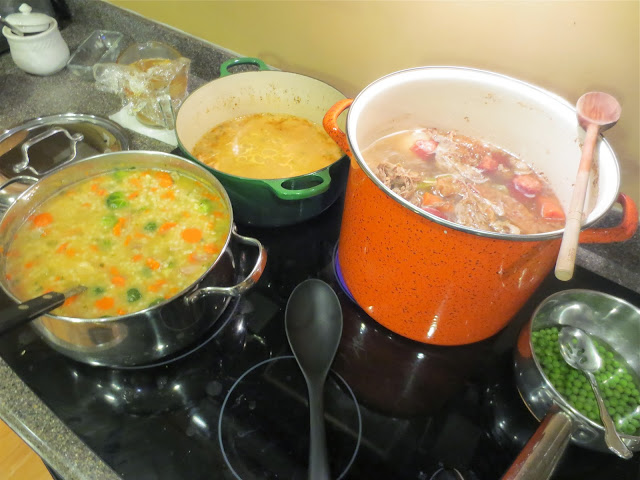 Two new Forbes had joined the family in the five years since we were last together. Shauna was pregnant with Mia (the "duckling") in 2008...now a whopping 4 and one half year old Princess. 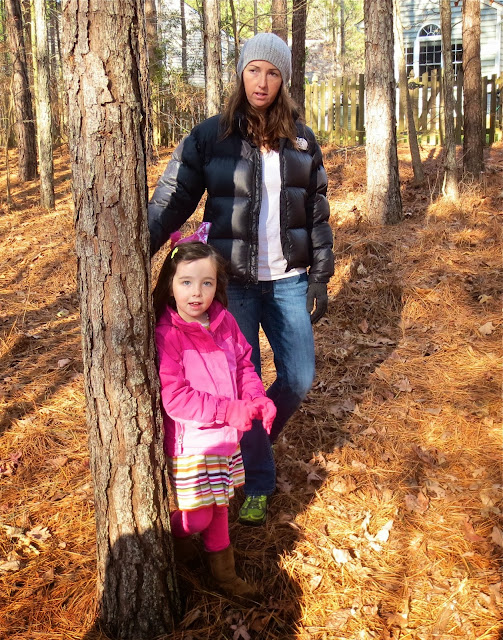 Three years later, along comes Emma "bean" Forbes. Emma "bean" was a "preemie," arriving nearly four months before she was due, and thus a Miracle. Emma (and family) had a long, tough battle, months in sterile hospital setting, with breathing tubes and masks and round-the-clock care. Everyone, especially Emma, fought for her life, and now she's a "thriver." Almost all her recovery goals have been met on or ahead of schedule (hooray!!!). I can't imagine the helpless feeling of such a prolonged ordeal…my child, weak and defenseless. It appears toughness runs in the Forbes family. 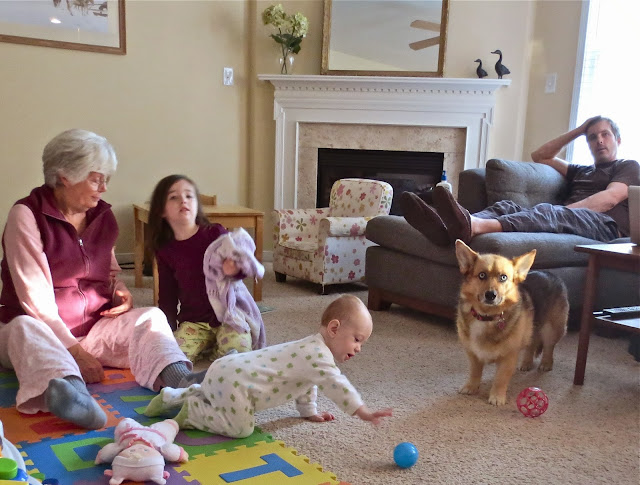 I thought we were headed for Richmond. But in reality Matt and Shauna reside in Providence Forge, twenty miles east. It's a quaint master-planned community that would make Norman Rockwell pick up his brush, if he were still around. 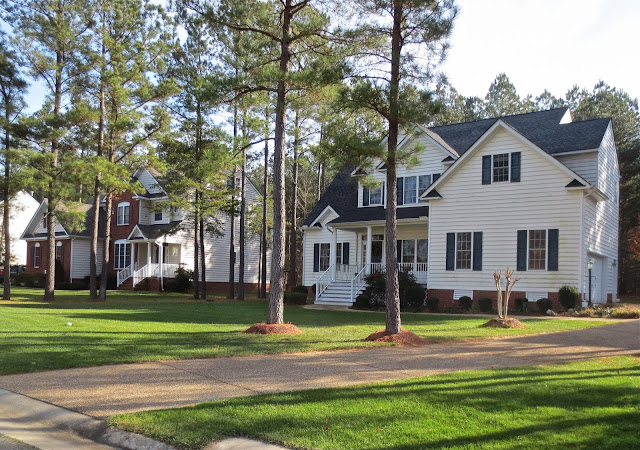 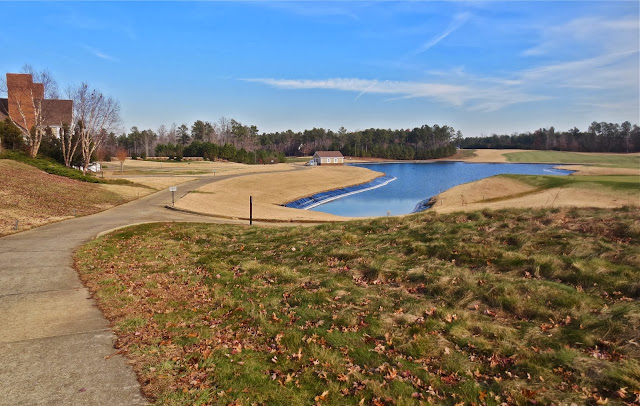 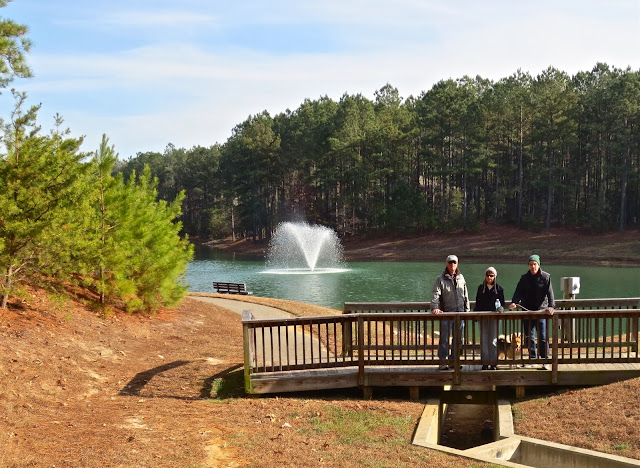 Matt and Shauna's house backs to "open space" woods...with trails and a creek…which begged for a crisp morning hike. 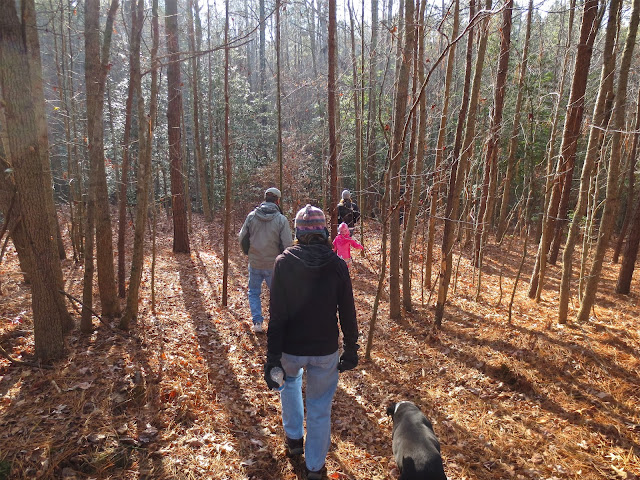 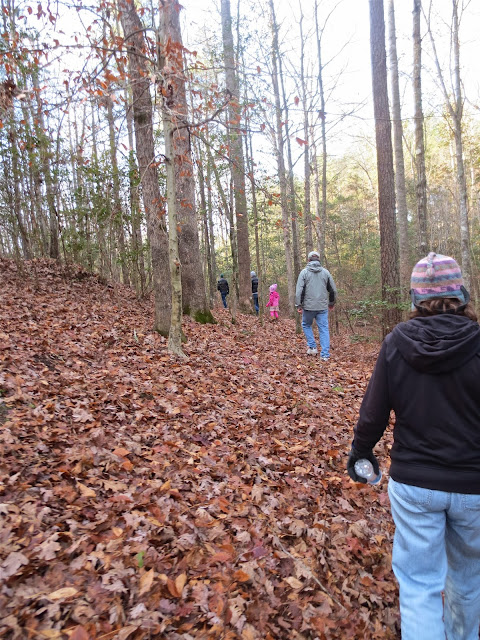 Food-wise, Thanksgiving was still on a roll; always something simmering on the stove, baking in the oven, or tempting from the goodie table.

Brian and Lynne live on the Outer Banks of North Carolina, so they brought fresh oysters and shrimp for Sunday's meal. Unfortunately, I'm highly allergic to shellfish, and, to some extent, so is Lynne. 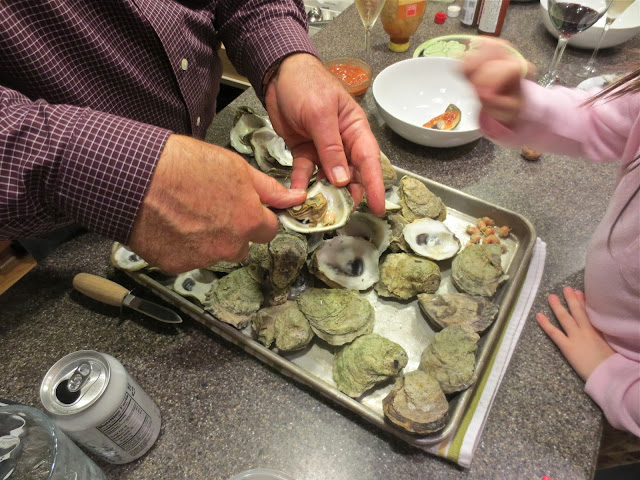 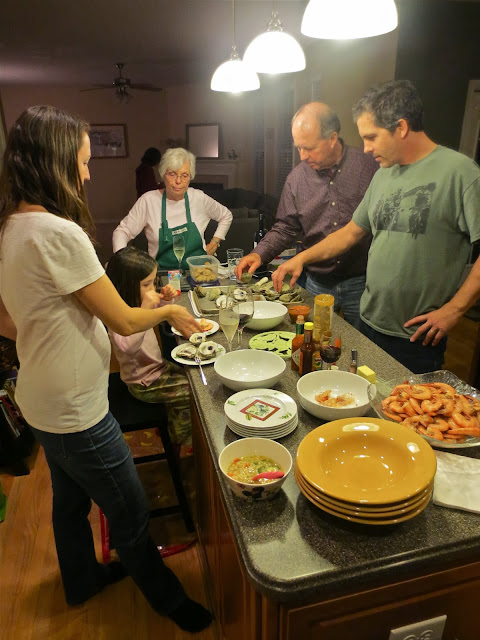 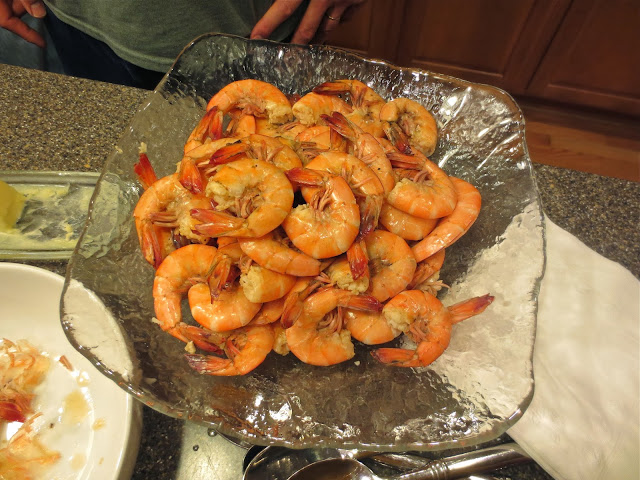 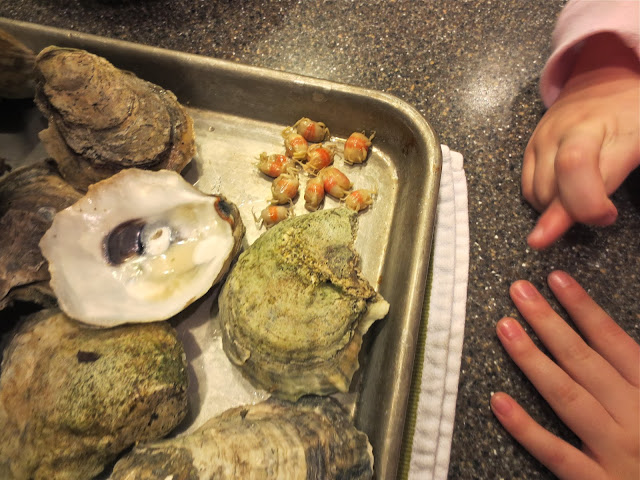 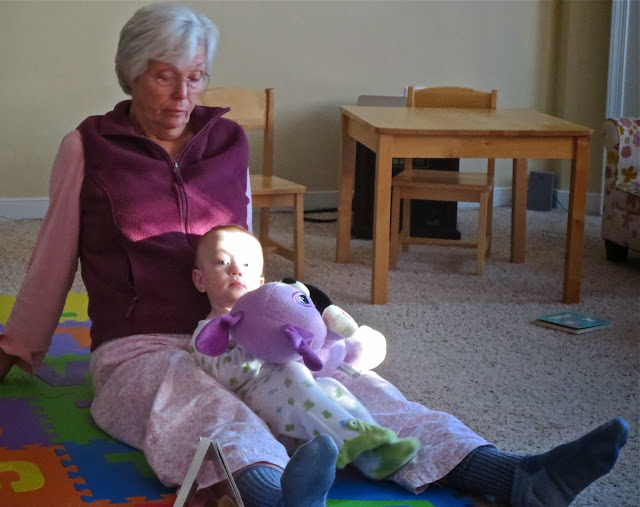 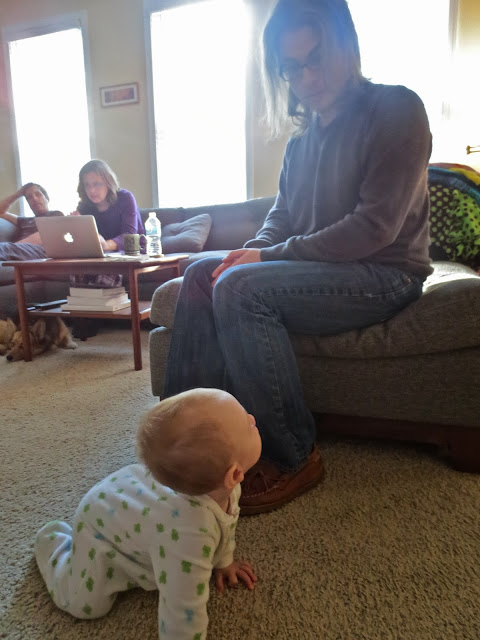 When I noted Matt's t-shirt it reminded me of the time he and three friends decided to ride their bikes from the Pacific to the Atlantic…nearly two decades ago (wow)! They started in Oregon, feet in surf, and peddled every single mile…suffering snowbanks in Colorado, summer's heat and humidity in the midwest, and a million cars, trucks, and semi's zooming by. Bobbie and I met the "spoked quartet" in Moab, Utah…showed and rode the Slickrock Trail to/with them. We used our pickup camper as a food galley and cooked up a storm…camped and rode with them for a couple days, skirting the La Salle Mountains and into Colorado. Matt and gang showed up at our house in Montrose a few days later…spent a couple of nights…then hit the roads east, sometimes splitting up to go separate ways, then reuniting, then splitting up again. Yep, "tough;" not just "physically," but "mentally." Don't think I could have pulled that off in my best days.

Thank to all who cooked, and to Matt and Shauna for both putting us up, and putting up with us :) Mark and Bobbie.