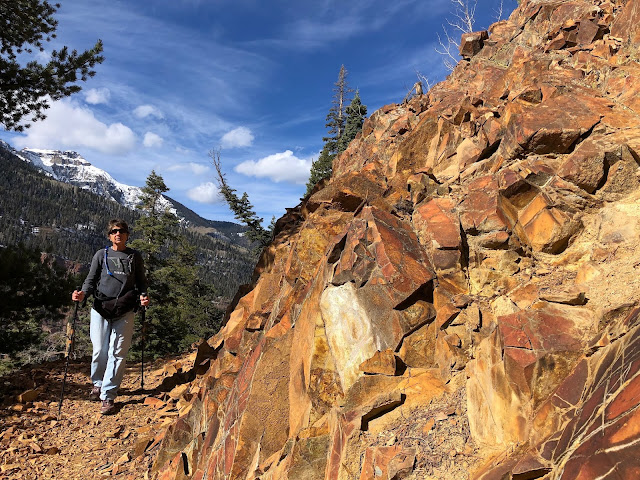 It was early morning, about sunup, when Bobbie and I began trading suggestions for our daily hike. A recent spell of dry and mild weather had pushed the snow-line back up to 10,000 feet or so, even more on south facing slopes. We decided to give Old Horse Thief Trail a go...snow or no snow.
We can see the Old Horse Thief through our Imax front window...only a Nolan Ryan stone's throw from our front door. It zig-zags cross-canyon, up through the precipitous "Blowout," on a narrow side-of-a-mountain path that is forever under the influence of gravity and weather, such that it gets covered over every year with radioactive slides of scree that reflect brilliant hues of cadmium yellows and orange when sunlight hits the mountain. And, best of all, especially this time of year, we would likely be assured of a solitary outing..
There must be a thousand stories for every San Juan Mountain trail that leads to numerous high up gold mines above Lovely Ouray. If truth were told, most of those stories are tales of struggles, strife and hardship, thus plagued with unhappy endings and poor souls who were left with nothing to show for their unfathomable efforts.
Such is the lure of "Gold Fever" and the untold numbers of both men, as well as a few women, who risked it all for a lucky strike. And for every honest hardworking man or woman, there were dishonest hombres who believed there were easier ways to make a living than working on a claim. Card sharks and outlaws and horse thieves made their living off the backs of hard working pioneers with a dream. This is one such story that involves today's hike up Old Horse Thief Trail, penned by Colorado native and Ouray local,  Marcy Wood. 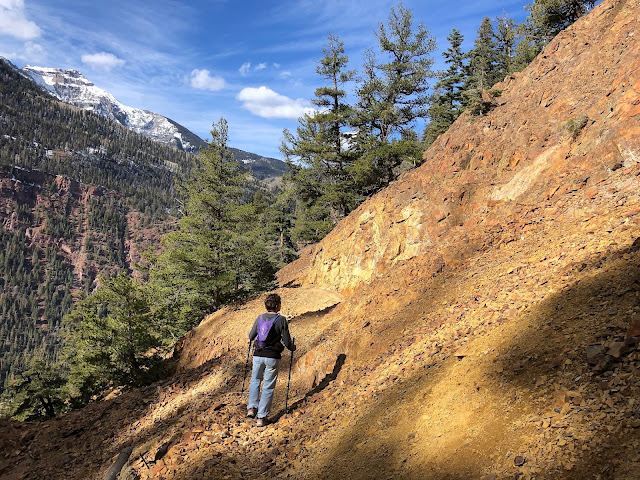 The Twilight Horse Thief of Bridge of Heaven
He rode along the ridgeline, leather hat tilted on his dusty brow, William E. Thomas kicked his horse’s flanks and spit tobacco juice toward the town of Ouray, some 2000 feet below the bluffs. The sun was starting to set, the alpenglow gleamed off the amphitheater’s steel rockface. The horse pulled at her reins, nudging her whiskered muzzle toward the sweet native grasses. Truth was, she wasn’t his horse; it was a stolen Brabant, a draft horse from the stables in Ash.
The three Syracuse Bachelors had made it big with their Wedge mine, smack-dab in the middle of Gold Hill. In the early 1880s, Armstrong, Sanders and Hurlburt’s had built a small mining enclave for their employees, acronymed Ash. It was built on the banks of Dexter Creek and there were plenty of horses to spare. The town of Ash was far more conducive to pasturing horses than in the southern-lying town of Ouray; the grassy gluches slope to the sun, and the 13’teeners provided reliable water sources all summer. The aspen trees, as wide as a man’s shoulders, and the flowered meadows made for easy horse pickings, at least as far as “Brabant Bill” was concerned. Bill rather enjoyed the moniker he’d picked-up along the way. Stealing this beauty was as easy as a ghost walking through a log cabin.
Bill was headed to Bridge of Heaven, then turning south above Cascade Falls until he met up with his band of rustlers at Engineer Pass. Indian Joe, Hugh Angel, Hank Black and Tommie House were all set to take their equine haul to Lake City, where they’d sell the horses, and comfort themselves with a hot bath and a Soiled Dove. They deserved such niceties after such a long ride.
Along this trail, Bill could skirt the lawman; it also offered escape routes — unlike the bottleneck cliffs of Ouray’s Uncompahgre River Valley and the Otto Mears Toll Road. Bridge of Heaven trail was higher altitude, but his mount was the sturdiest breed of Belgium draft horses; she was 17-hands and raised on thin-air. He’d make it — undetected. As far as Bill was concerned, Mears was the real thief, a highwayman of a different ilk, he controlled the road from Ouray to Lake City, and it was ladened with several toll stations. Bill felt no remorse after hearing Mears’ Rio Grande Southern went into receivership in 1893.
These high alpine trails were first established by wildlife taking the path of least resistance for shelter, water and migration. None could argue that the Ute tribes had established the hunting and sight-line trials all around the San Juan Mountains; they enjoyed the healing hot springs long before the white man came to profiteer. To this day, Townsfolk like to blame the Ute people for the livestock theft, and hence the Old Horsethief name, but Bill was infamous.
Brabant Bill wiped the back of his neck with his worn handkerchief, he felt the rough scarring where the bullet by Jim Galloway, the rightful owner of the Brabant, had sliced his neck nearly through, killing him dead. That was in 1879, near Alamosa. He had been buried along the Lake City trail, soon after became bear-food, then the remaining bones were re-interred somewhere on Cascade Mountain, high above Ouray — unmarked. Now, he spends his spectral days riding along Horsethief trail during the fading twilight hours. 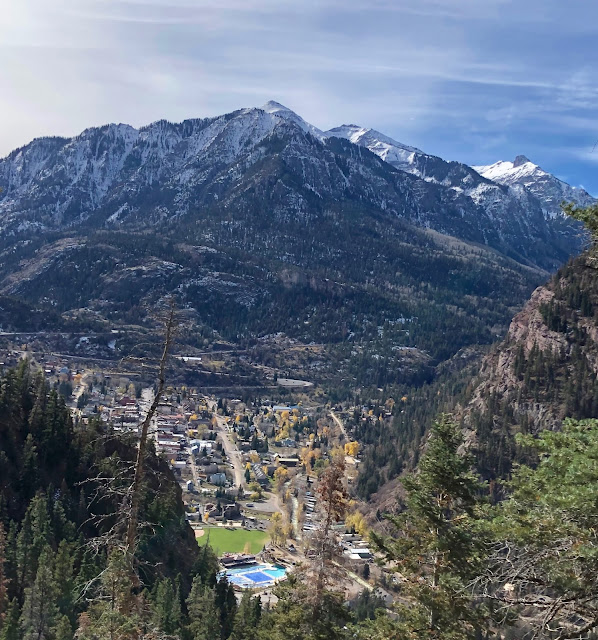 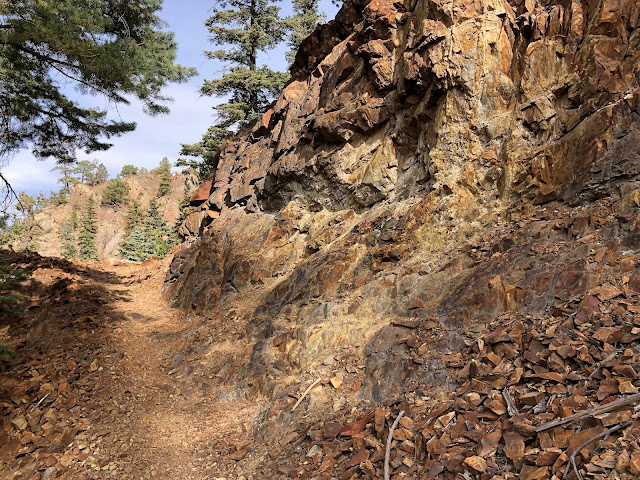 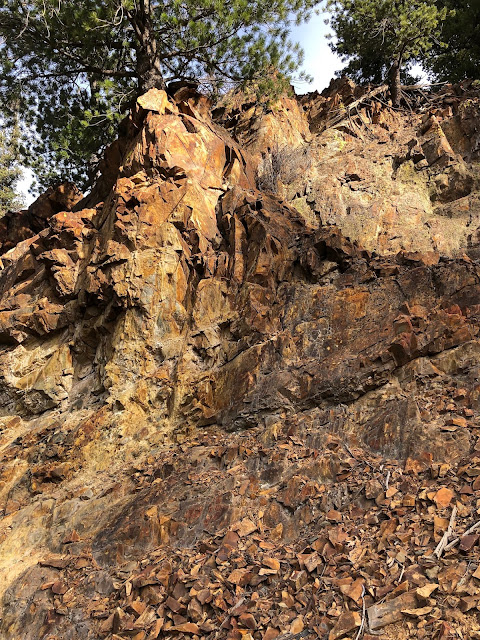 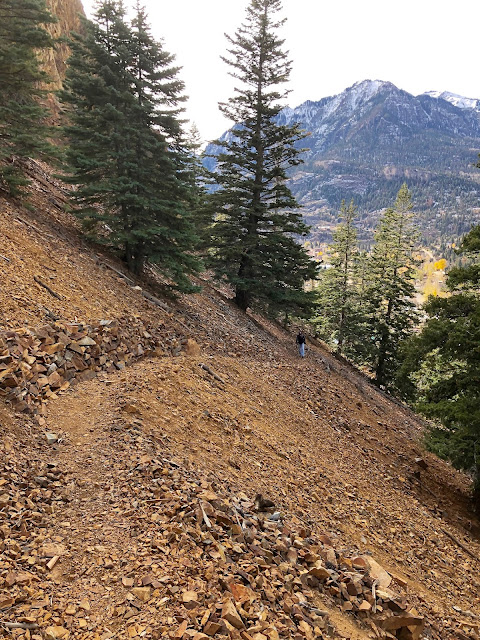 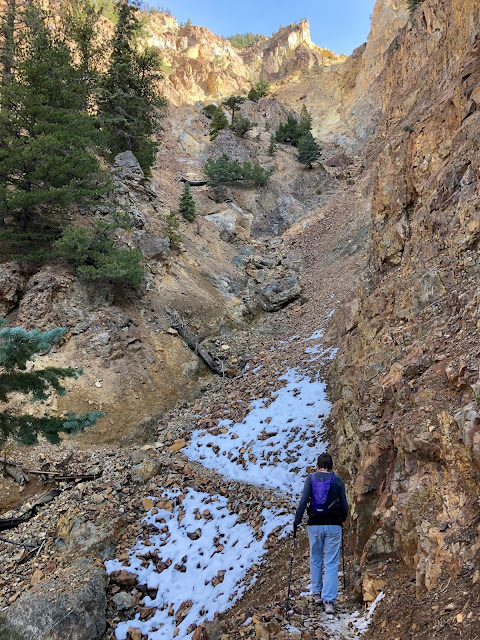 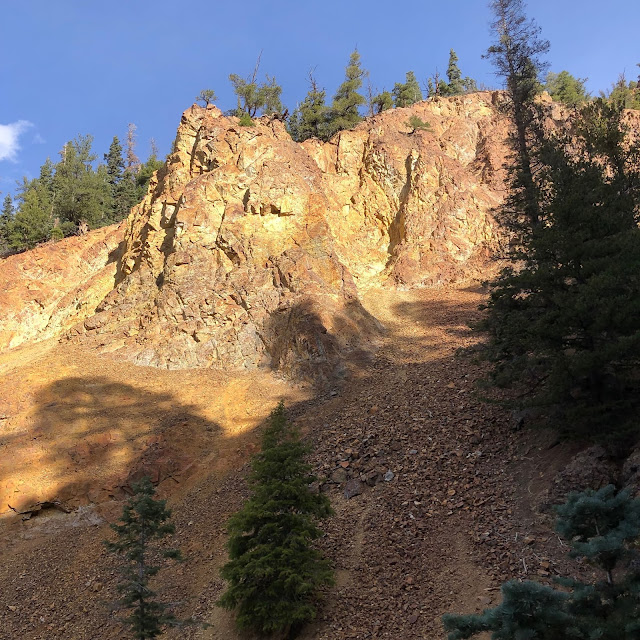 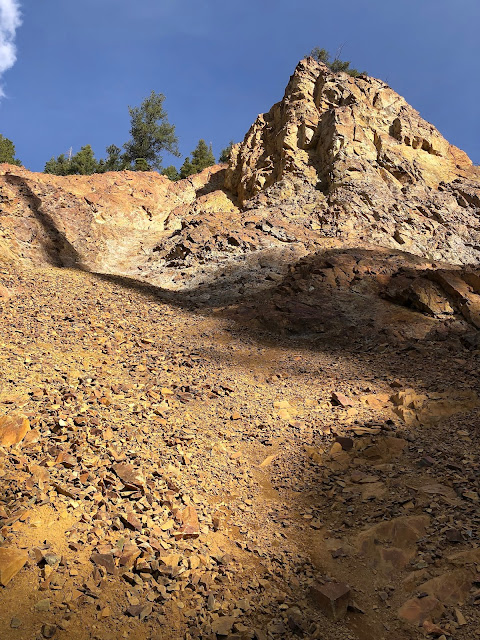 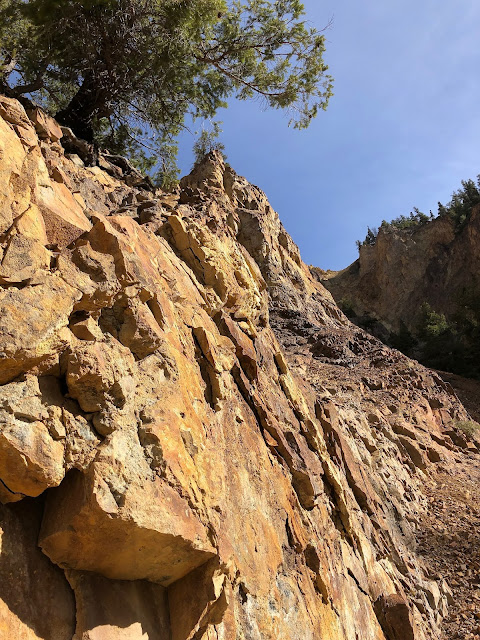 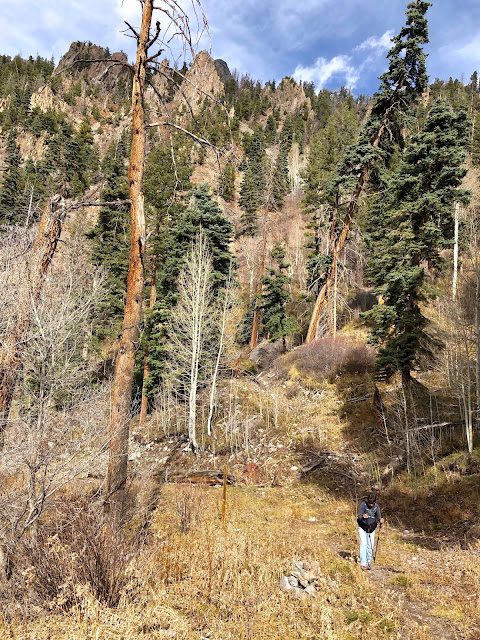 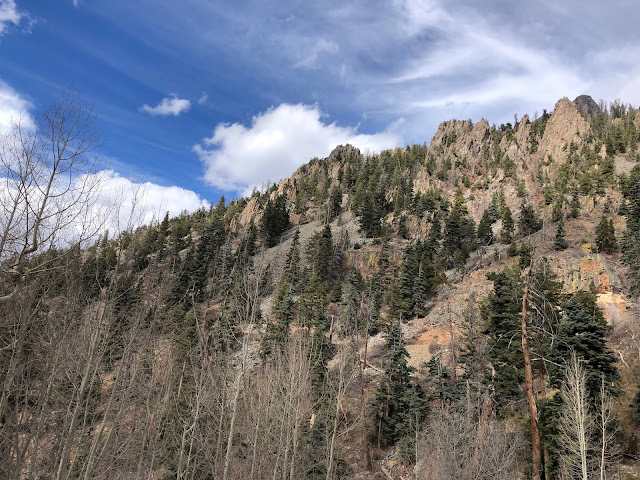 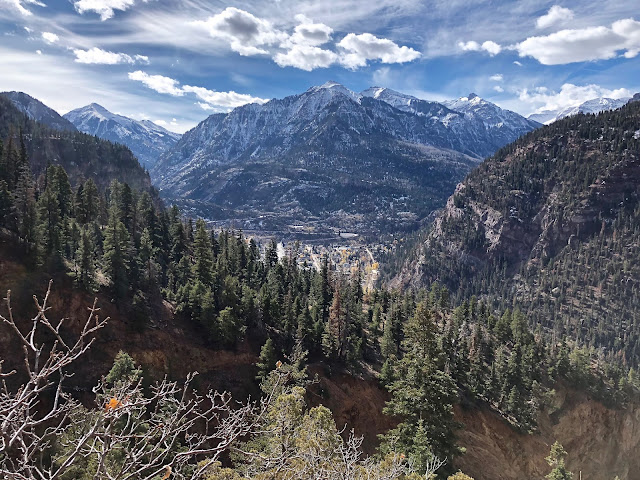 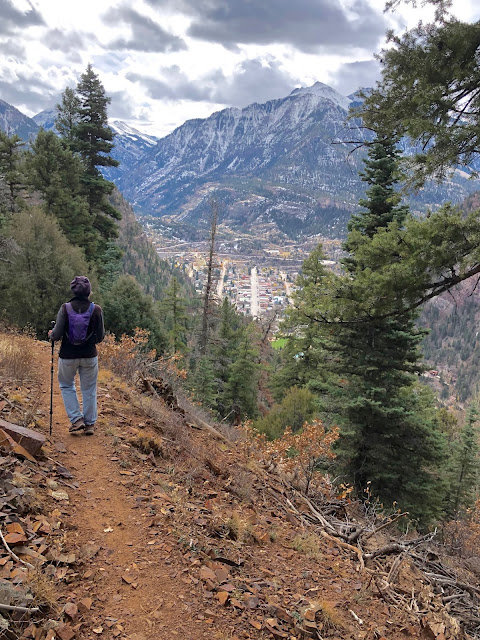