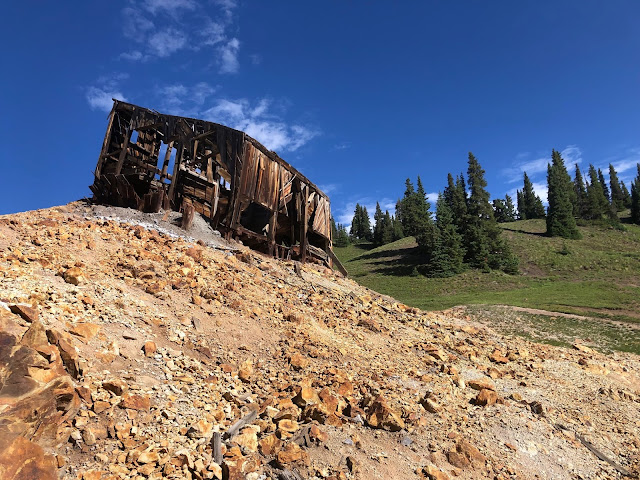 Red was my father's favorite color. He loved red cars, red dresses, red apples, red neckties, and, of course, Arizona's flaming red sunsets. Anything red got his attention. Like father like son, they say, and this ole "red apple" didn't fall from the "tree."
Red is a primary reason for our yearly pilgrimages to Utah. As visuals go, it's hard to beat red sandstone cliffs anchored in red sand and dirt. No matter how thorough the cleaning, you'll find telltale signs of red dirt in most nooks and crannies in Rv Dazy, and carpets tinged with red buff highlights. After 4 or 5 weeks of boondocking, it takes at least 3 launderings to remove Utah's red sand and dirt from pockets, socks and boots. I think of it as souvenirs, because it reminds me of good times and total immersion in Utah.
But I'm not a complete red snob, though, at least not to the exclusion of hues on the color wheel. I like skies of cobalt blue, with a smattering of puffy white cumulus clouds for contrast. And one could go as far as a couple slots on either side of red on the color wheel without being unfriended by your's truly, colors to the left like purple and violet, and a couple of shades of orange on the right, particularly Competition Orange, like my first two cars.
At 16 years old my first car was a Competition Orange VW Bug. My dad had it painted before giving it to me for my birthday. I think he loved that paint job more than I did. It was so cool...cute, the girls would say.  A hormonal 16 year old male, I wanted nothing to do with "cute." So I traded the "Bug" in on a muscular '69 Camaro, Competition Orange, of course. As an extra measure in the opposite direction of "cute," I added black racing stripes, a full race camshaft, high rise Edelbrock intake manifold with two 4 barrel carburetors, and a throaty duel Glasspack exhaust system. How you like me now, girls?
So now you know the story behind my (hereditary?) affection for all things Red...including Utah's desert landscapes and Colorado's Red Mountains. I'll let the pictures do the talking now... 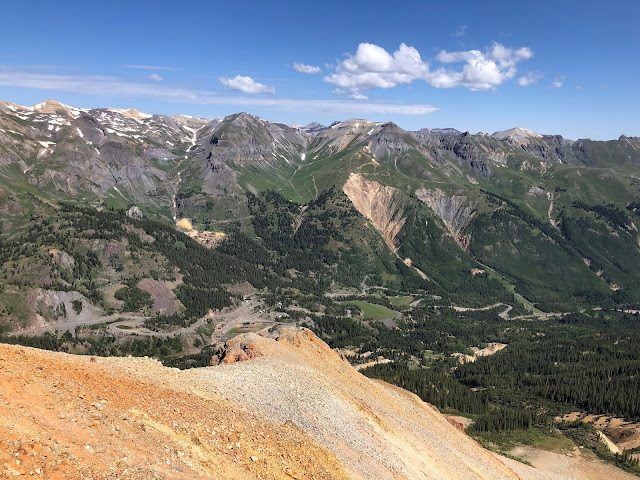 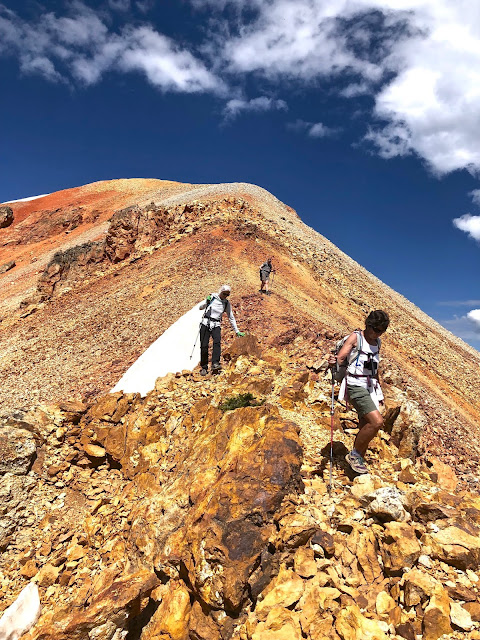 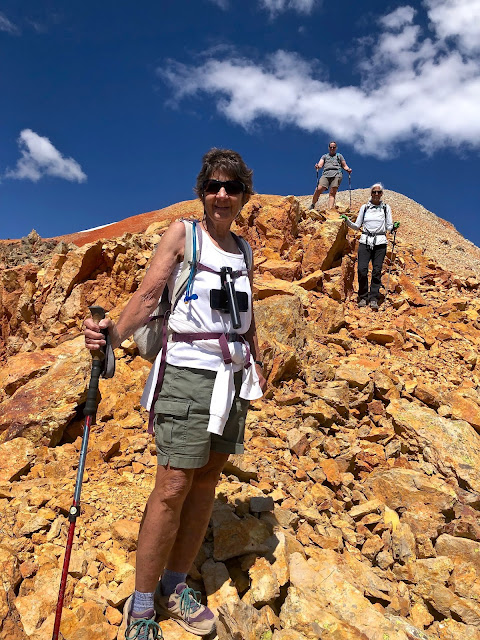 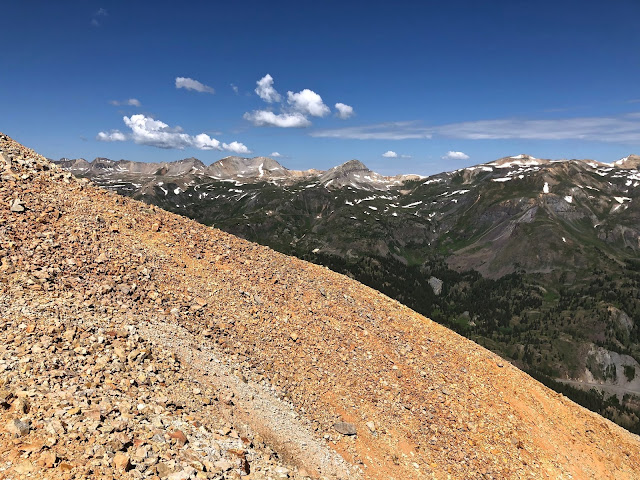 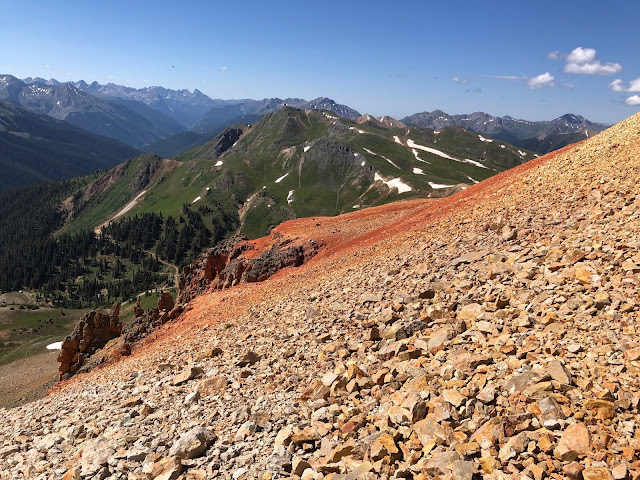 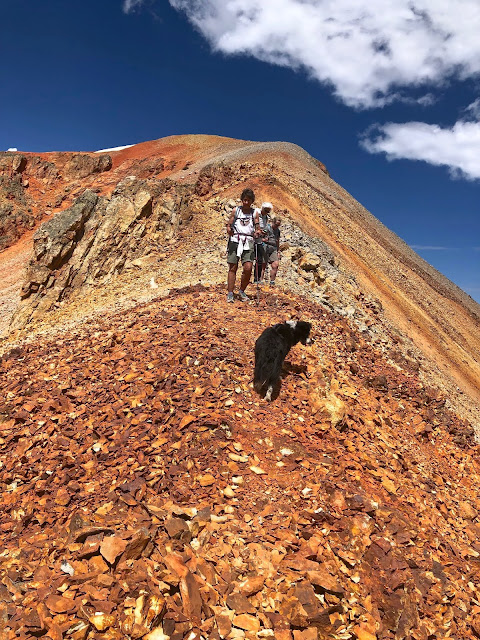 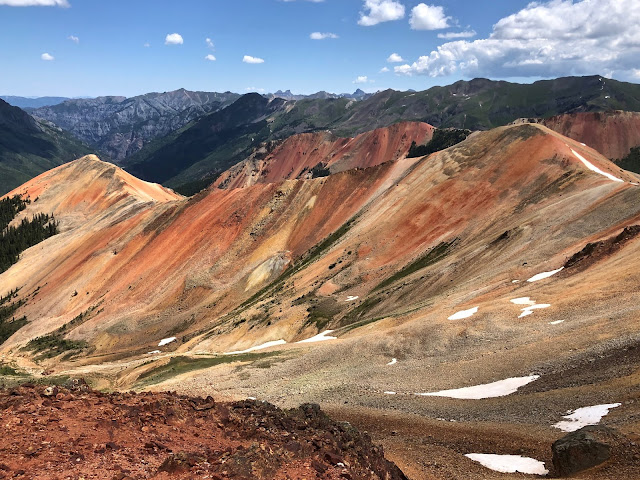 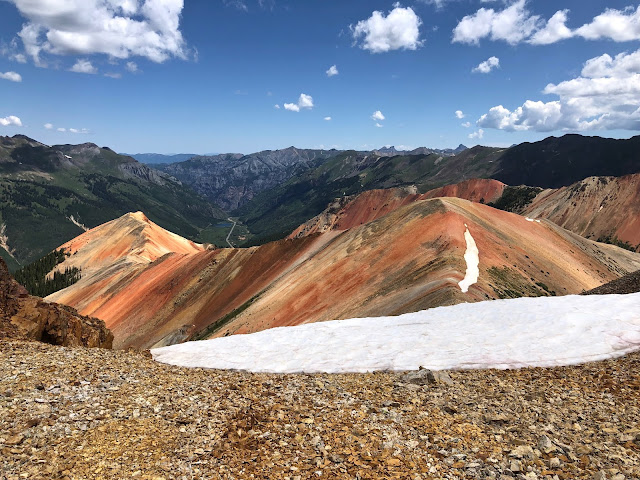 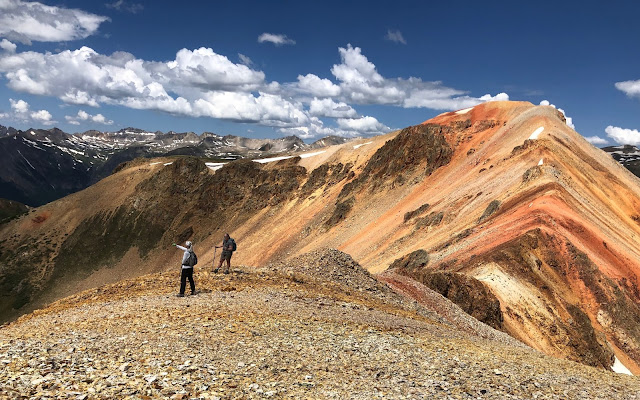 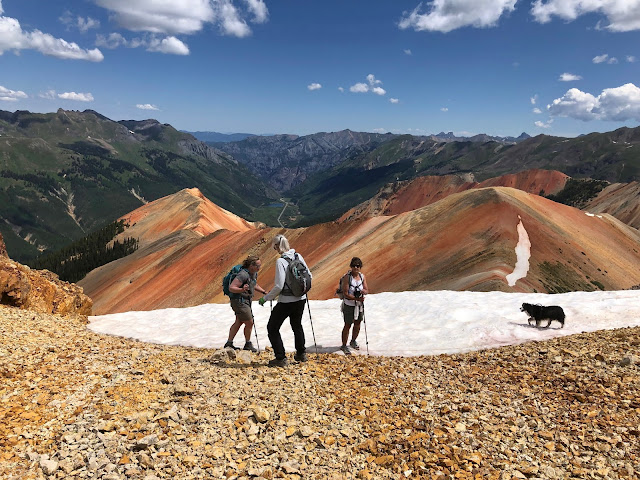 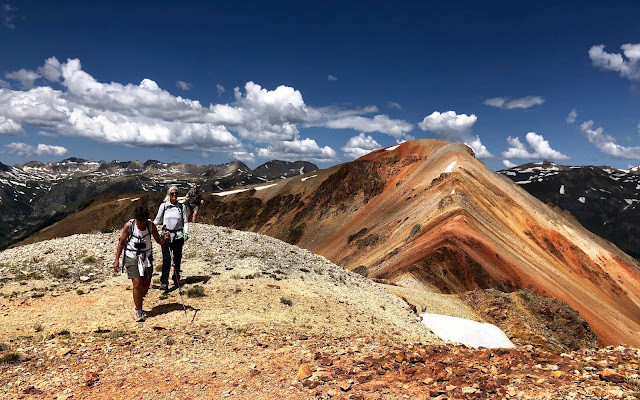 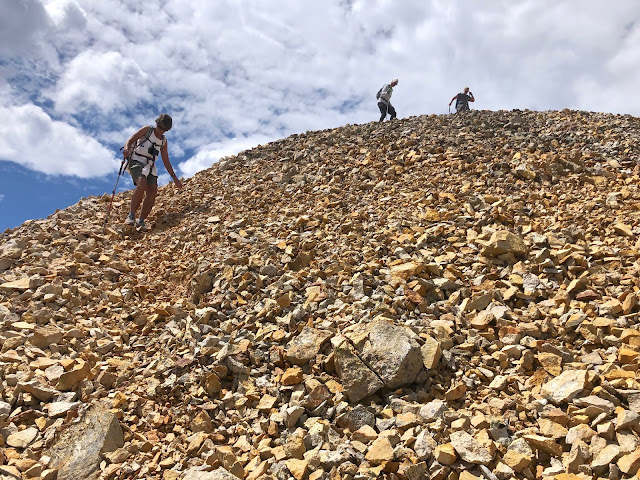 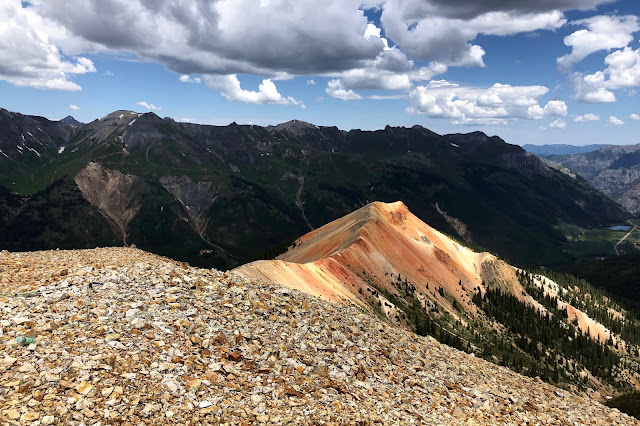 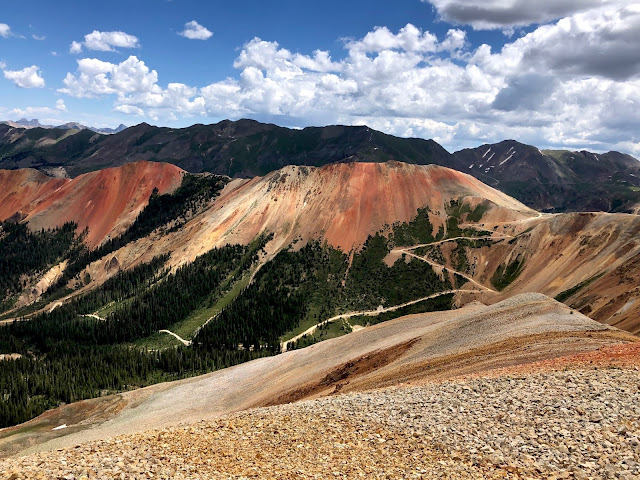 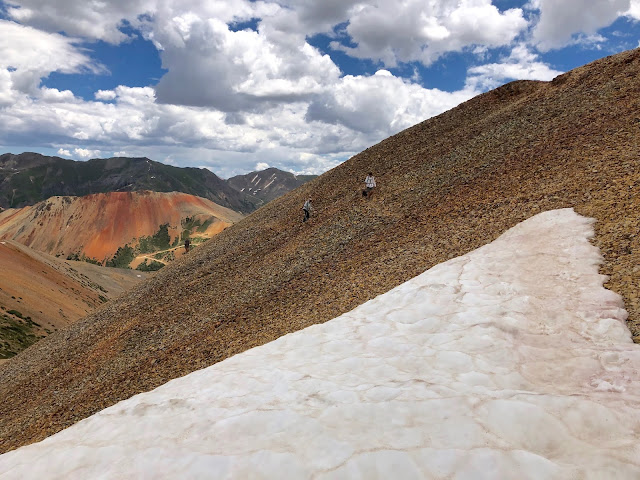 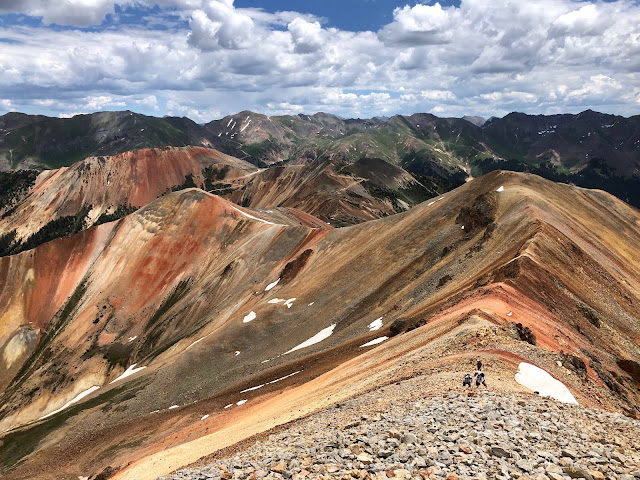 Peace Out!
Mark, Bobbie, Ruthie and Jen
and
Be sure to check out the newest Two Old Broads video, a hike up to the Alpine Mine Overlook
Posted by Box Canyon Blog.com at 9:26 AM