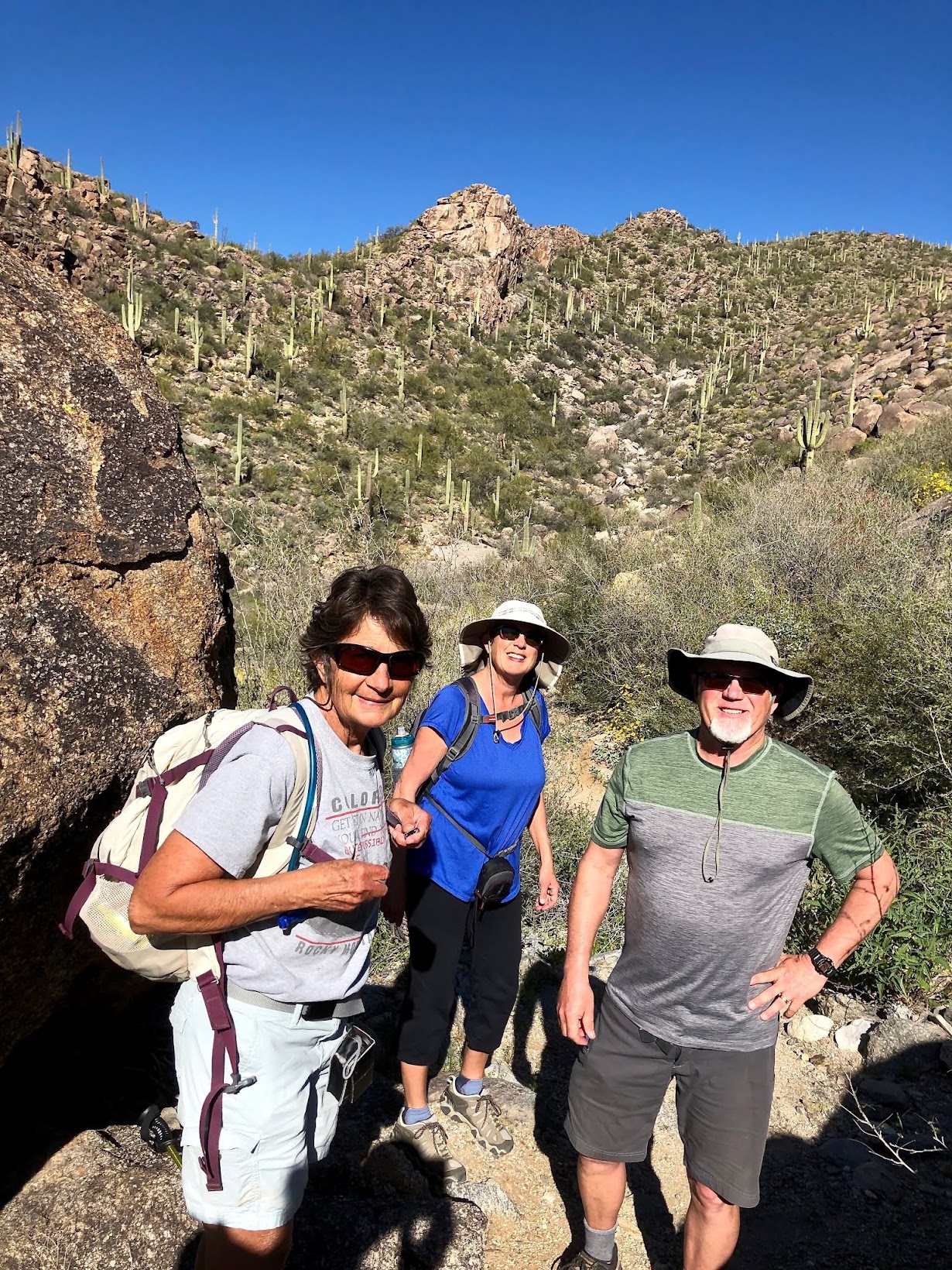 I went to Lovely Ouray's lone liquor store yesterday, only to find an eight-ish year old kid on a bike parked square in the middle of the store's entry alcove and effectively blocking my urgent mission to resupply the empty beer section in our fridge. I noted a lady inside at the checkout counter, purchasing a 12 pack of Coors Light. I asked the kid if he was waiting on her or someone in the store...

"No," he said, "Just trying to find some shade to cool off."

Now I could have broken the 6 foot rule, squeezed by or just shooed him away, for that matter. But instead, I just waited for the kid to cool off and resume zooming Ouray's empty streets and sidewalks.

The lady at the counter inside was apparently in dire need of some face to face interaction...and taking it out on the cashier/owner. So I bided time, puzzled by the eerie sleep of our nearly vacant tourist town. It was almost spooky, reminiscent of the old Sci-Fi flick, "The Day the Earth Stood Still."

Still stoned on exercise endorphins after the fulfillment of my daily exercise regimen, I took a deep breath...held it...and slowly exhaled. The thought, "What else have I got to do?" popped into my head and I immediately relaxed. Most already know that exercise and even thoughts control chemical releases into our bloodstreams. Good thoughts and peaceful, conscious-breathing can bathe us in peace, where as Worry releases adrenaline into the bloodstream that can cause "fight or flight" anxiety responses. I learned this the hard way...

Anyway, The Kid finally recovered enough to resume zooming Ouray's empty streets. I slowly paced back and forth, hands behind back while studing the situation inside through storefront windows. That's when I noticed how close they were. The counter is at best 24 to 28 inches wide, which renders the clerk and customer less than 30 face to face inches apart. I pictured invisible virus molecules floating between them. Neither were wearing masks or gloves. It seemed risky...but not as risky as the alternative, which is to go home without beer.

I remained outside, patiently waiting thinking of how,just a couple doors down the street, Duckett's Market customers are not allowed inside. Shoppers must knock to place their order with a well-distance employee, who then collects the goods while the customer waits outside. Payment is done the same way. It's a good idea, so I thought the liquor store would be the same way.

I looked for a sign in the entry area that might explain the liquor store's policy, but found nothing. Finally the lady exited with her Coors Light. I gave her a wide berth, thinking that anyone who drinks that piss-water must have piss-poor judgement. The owner follows close behind her and I ask what the procedure is:

"Do you not want to come in?"
"Well," I fumbled, reluctantly stepping through the door, "I thought maybe you might be doing what Ducketts is doing so I wasn't sure what to do."

I shoved hands in pockets so I wouldn't touch anything and wandered over to the beer cooler. I felt naked without a mask. I guess I thought I wouldn't be going inside so I left it at home. So it felt weird...risky, even. Like, it would be my luck to pick up the virus while picking up the very "medicine" I need to help me cope with the virus.

I bought two six-packs of Uinta Hop Notch IPA, and two six-packs of Lagunitas "Super Cluster," a "Citrus Hopped Mega IPA of Intergalactic Proportions." I kept my distance at the checkout counter during ring-up, trying to hold my breath while talking pleasantries. I handed over a freshly sterilized credit card, wondering if the shower I was going take the second I got home would be timely enough to afford a smattering of protection. Damn it. We really should keep a mask in the glove compartment of the car for such occasions.

Fortunately, I found "wipes" in the car and proceeded to wash down face, hands, and credit card before touching the door, steering wheel, or shift knob. Man, how the entire world can change in just a couple/three months...even way out in the middle of nowhere Colorado, where Ouray County corona viruses now total 5!

Look. We are semi-retired and certainly not on the "Front Lines" like some brave people are. Still, the part-time summer jobs we (mostly Bobbie) have had in recent years helps stem the horrific hemorrhage of retirement savings. But what about now, since the virus is out there? I'm worried about Bobbie going back to work too soon. Her job as a cashier/attendant at Mountain Fever Gift Shop would give her risky exposure to the general public from who knows where. Though now closed due to Colorado's response mandate, the talking heads are itching to get businesses back in business as soon as possible.

I understand this. If I was a business owner I would want/need to be open too, for obvious reasons. We also understand that when that opening day comes...and it appears that it might be as soon as May 1st... the virus will still be around, and, in all probability, said openings will cause a spike in the curve and a resurgence in contaminations.

I fear that it is probable that we will be living with this virus for a long, long time...at least a year in a best-case scenario, to 2 or more years in a more realistic scenario. We are fortunate that we have a choice as to whether to work or not. Yes, we need the money, but what good is money if we're dead?

Should we (or you or anyone with marginal retirement/savings funds) risk being exposed by handling money and credit cards, endure coughs and sneezes from strangers, and handle merchandise that has been fondled or tried on by shoppers...all inside a confined space store? It keeps some of us up nights...wondering whether to take the hit on income, tighten the budget, and (gulp) maybe even forego traveling in the Rv for a while...or forever. Is it time to sell the Rv? A crystal ball would help.

And finally, even though this might not be a scientific analogy.  It's not much of stretch to believe that a new Corona vaccine, whenever it gets developed and approved, will have some (no pun intended) bugs to work out. Even if it's as good as our annual flu vaccine/shots, it's not a cure. In fact, every year we are told, due to mutation and other factors, not to expect but a 20 to 40 percent immunity effect from flu shots. Better than nothing, but not very reassuring.

So for now and for the foreseeable future, the world is paying a high price for becoming an over populated petri dish. We now have some 7.5 billion potential biological weapons (people) running amuck. Soon they will return to flying here, driving there, cruising main, working/vacationing/shopping whatever. While most of those potential weapons are harmless, "unarmed." But a few will be "armed," and dangerous. A few is all it takes, as we've just seen and continue to see. Perhaps the most insidious thing about this pandemic is that it takes several days for symptoms to show up, to know who is "armed" and potentially dangerous.

On a similar note, a faithful reader of the BCB sent me this interesting, not to mention, uncannily accurate prediction of the current pandemic...right down to the year 2020. The book was printed in 1981 and named, "The Eyes Of Darkness," by famed author, Dean Koontz.  For what it's worth... 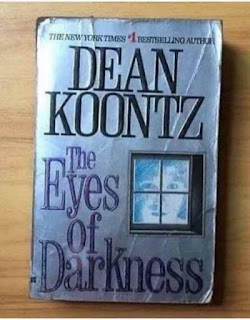 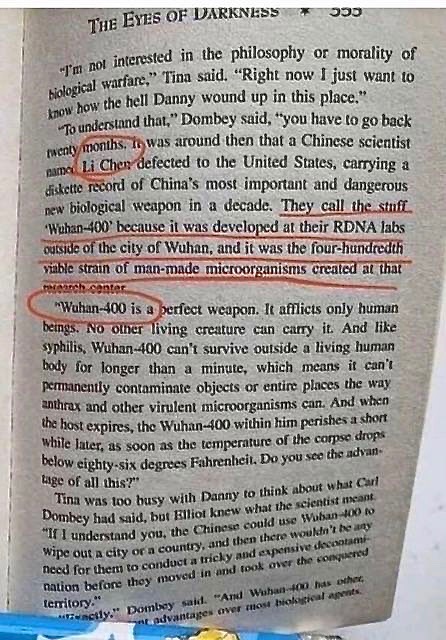 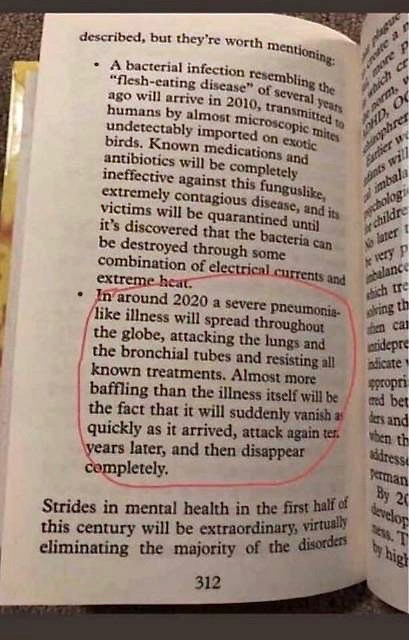 It's not hard to believe that a rogue hardline secretive nation like China could have been working on developing the perfect biological weapon to unleash if attacked or threatened during the 1980s or even before or after, or NOW, for that matter. The uncanny part is that the novel describes the virus being developed outside of Wuhan...the very city that happened to be the epicenter and source of the current pandemic. Oh well, it is indeed interesting. Thoughts?

Now on to more pleasant memories and simpler times... 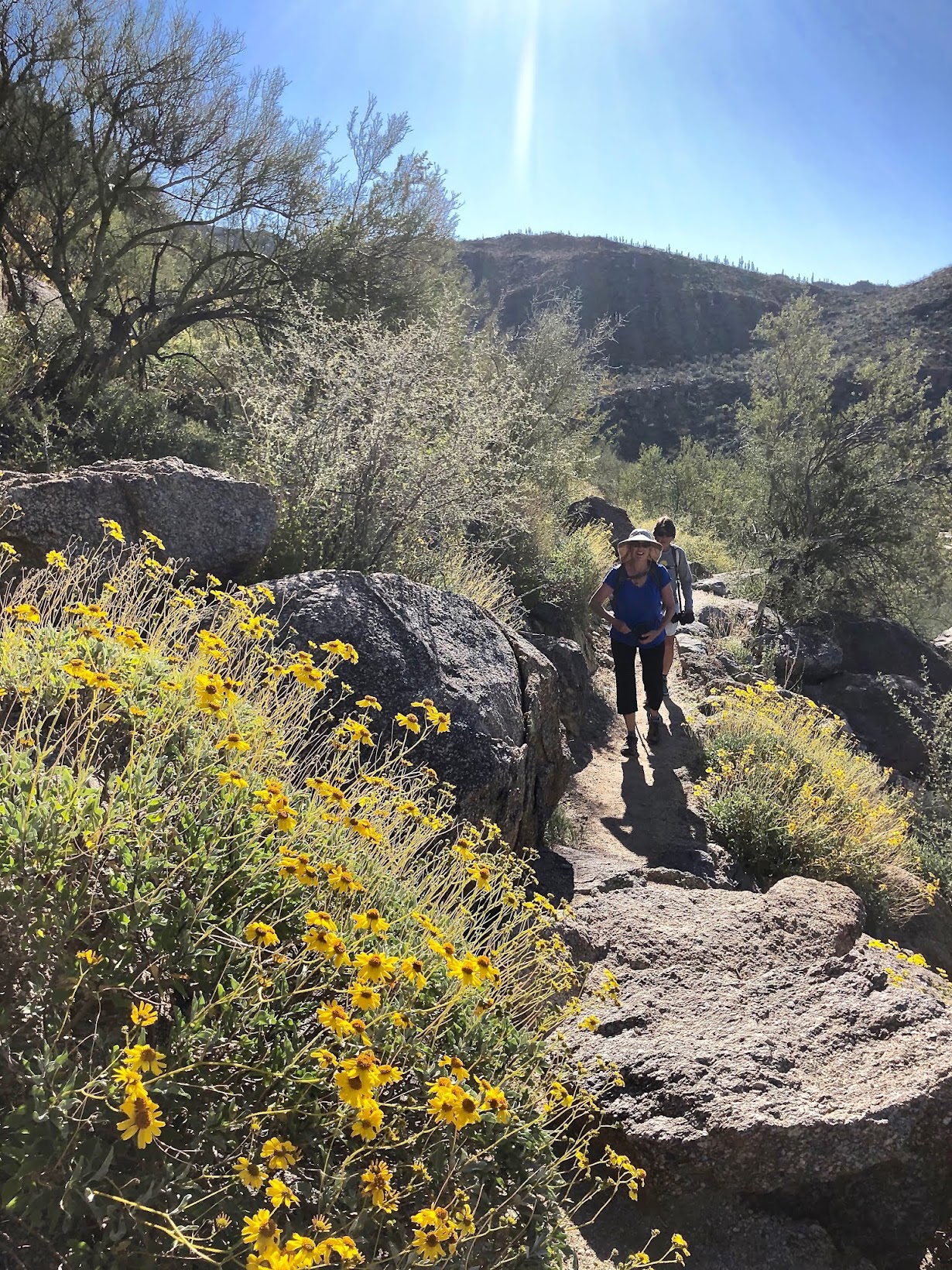 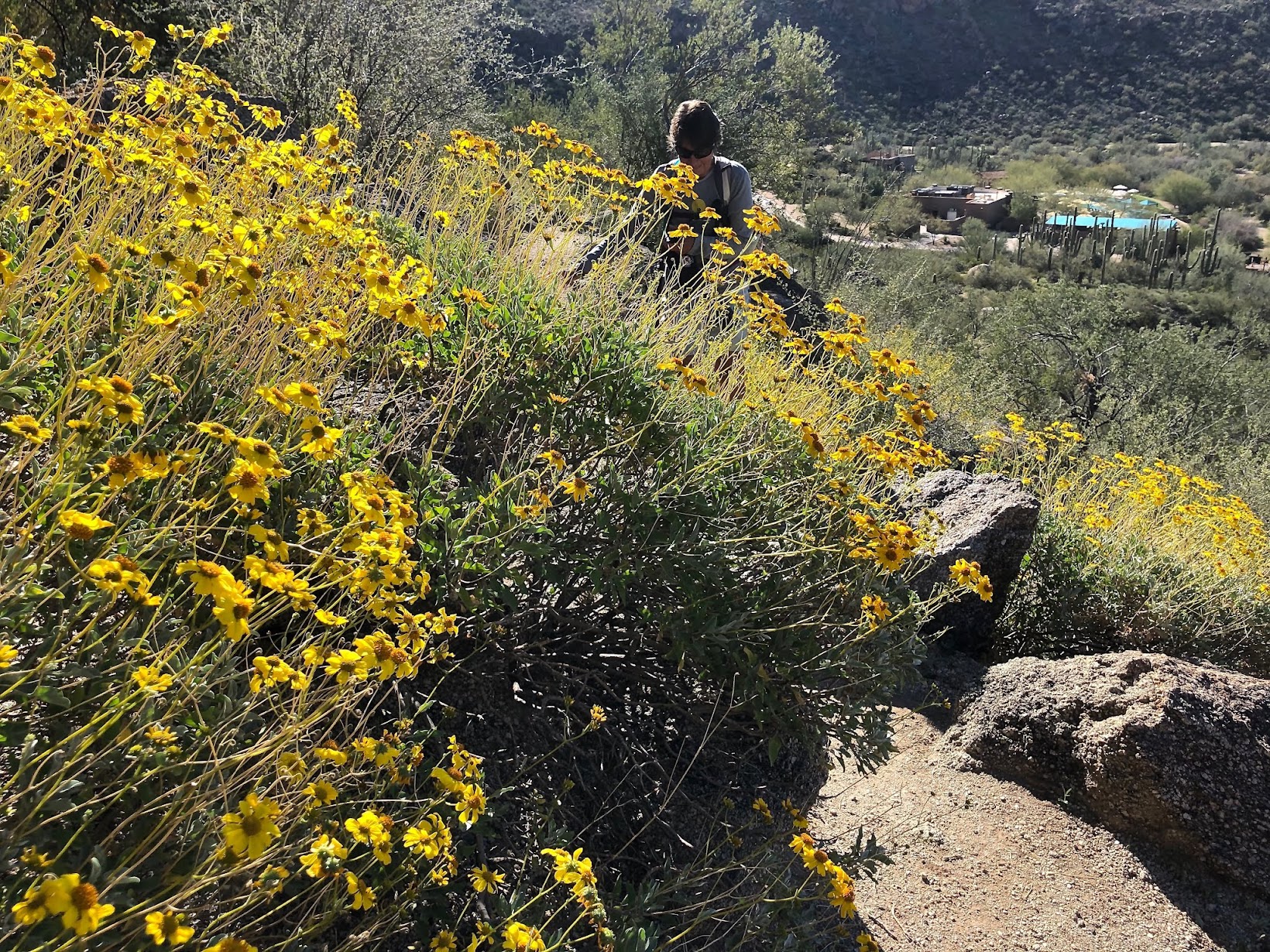 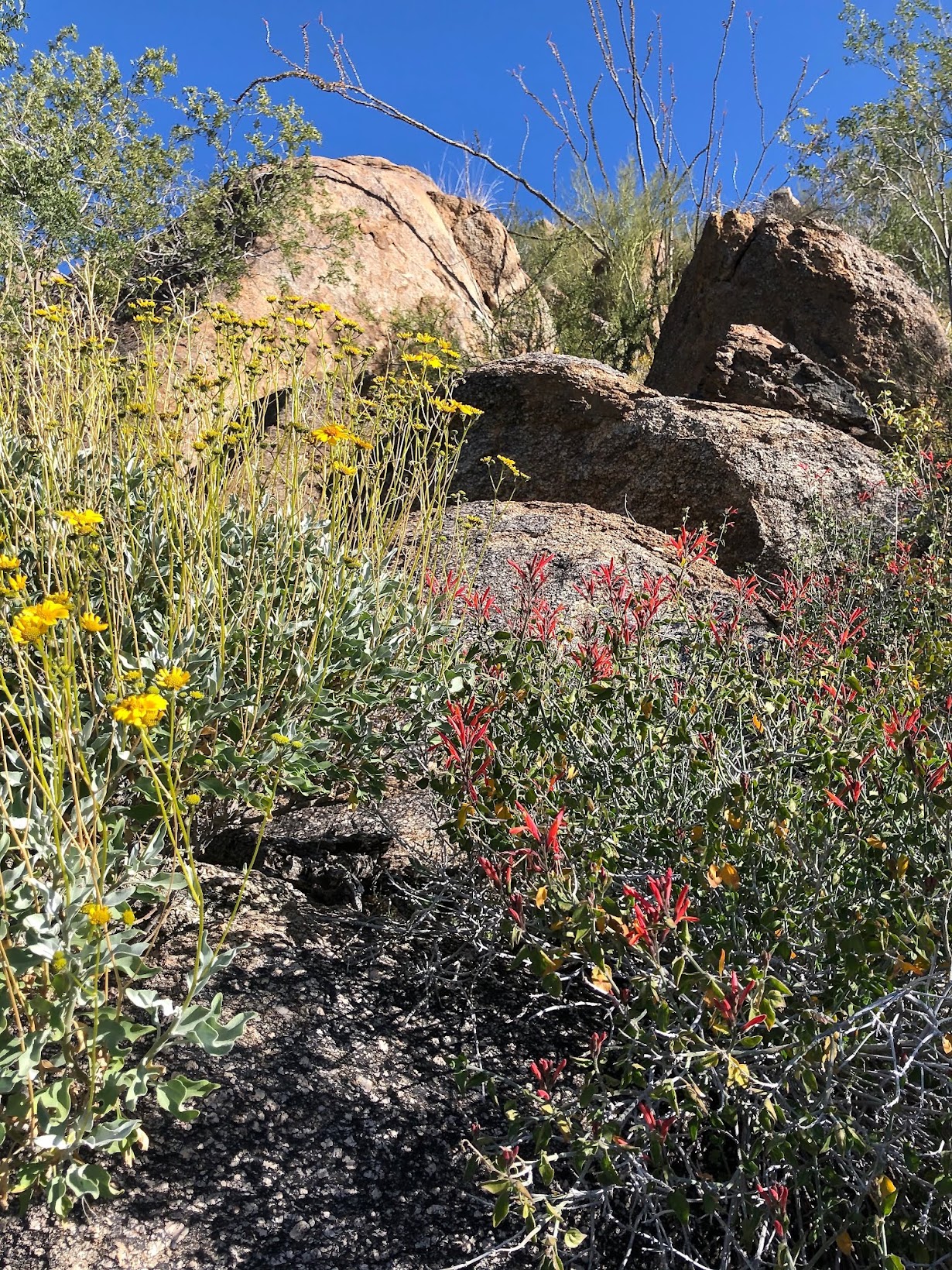 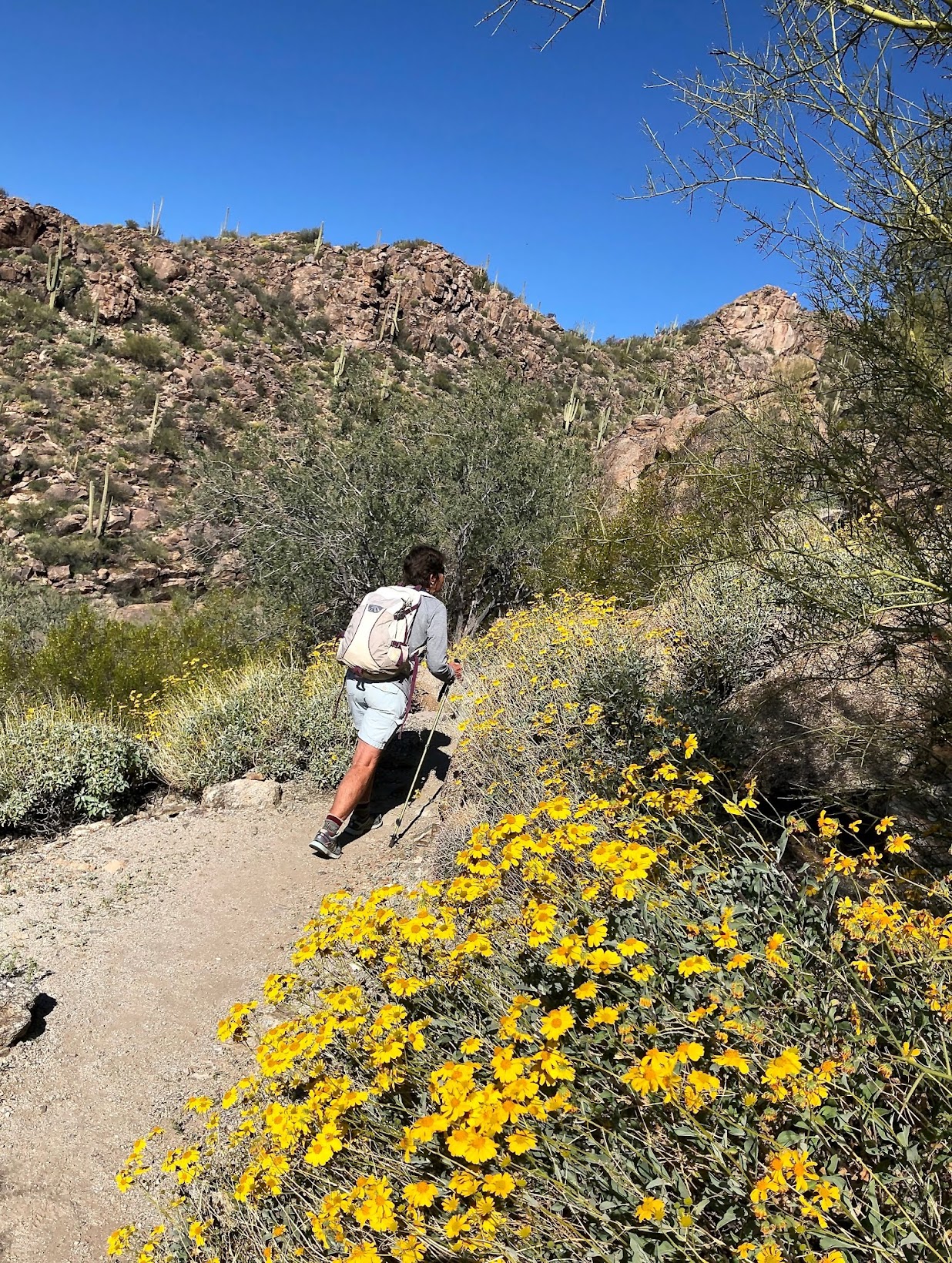 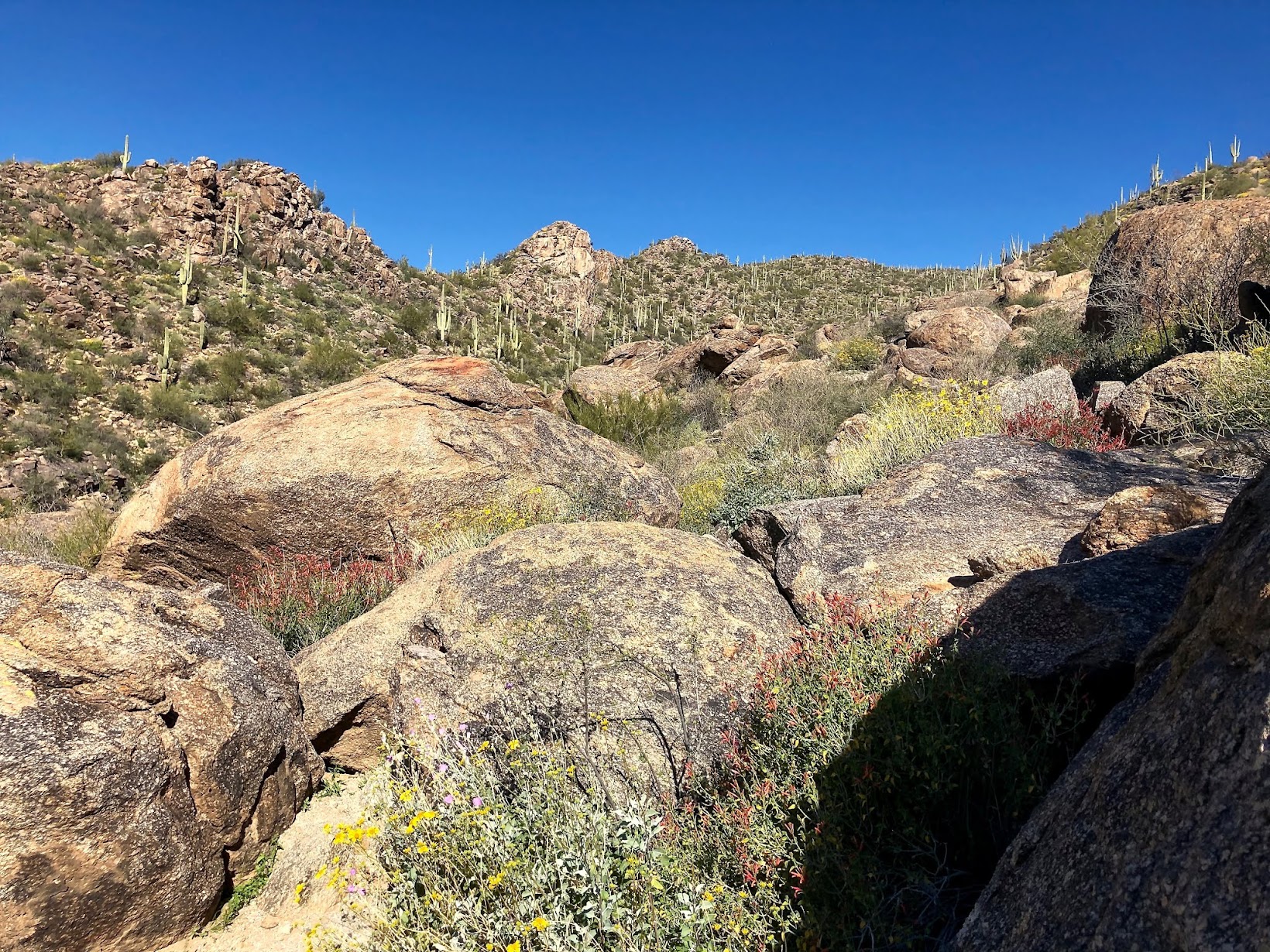 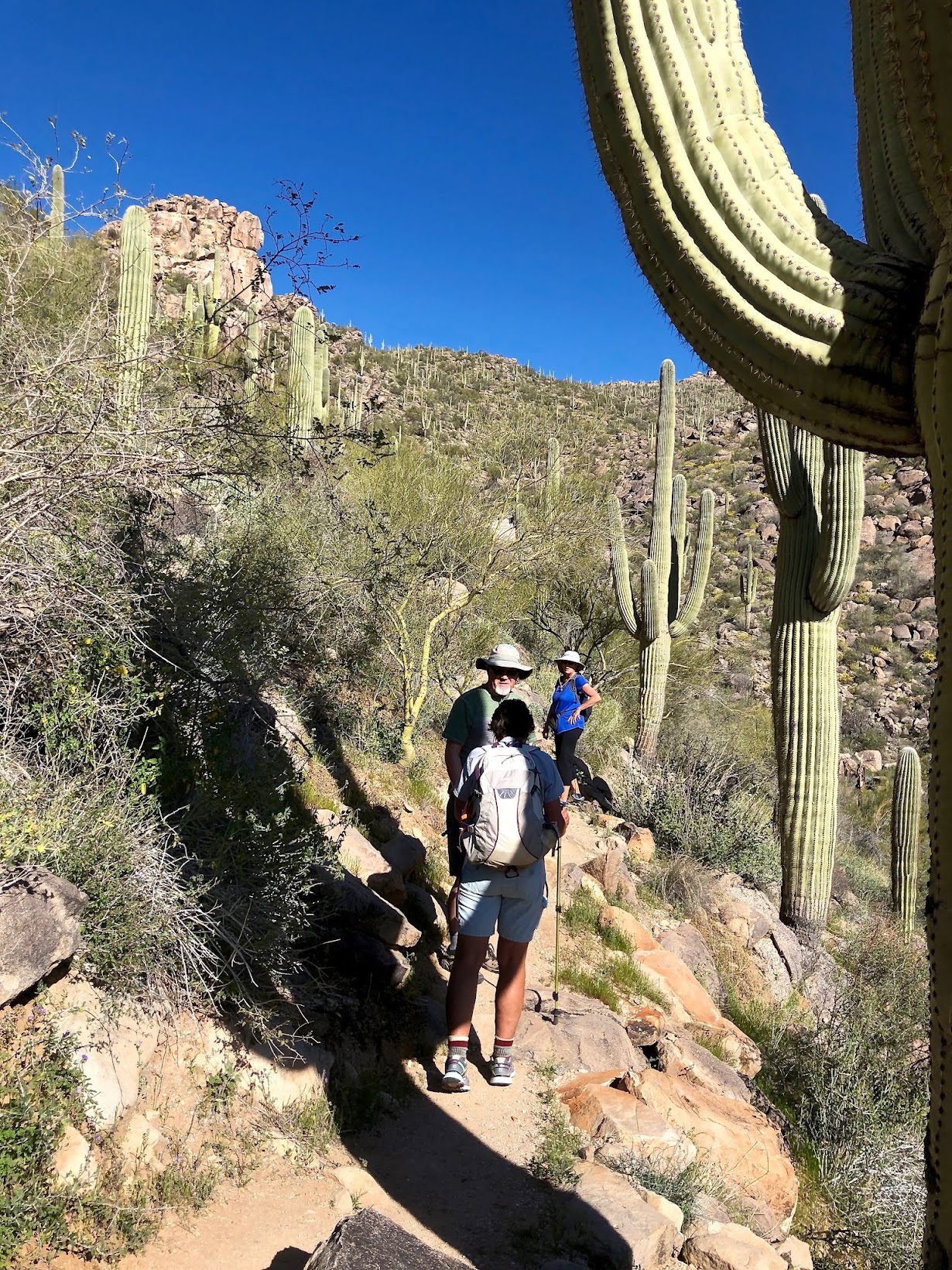 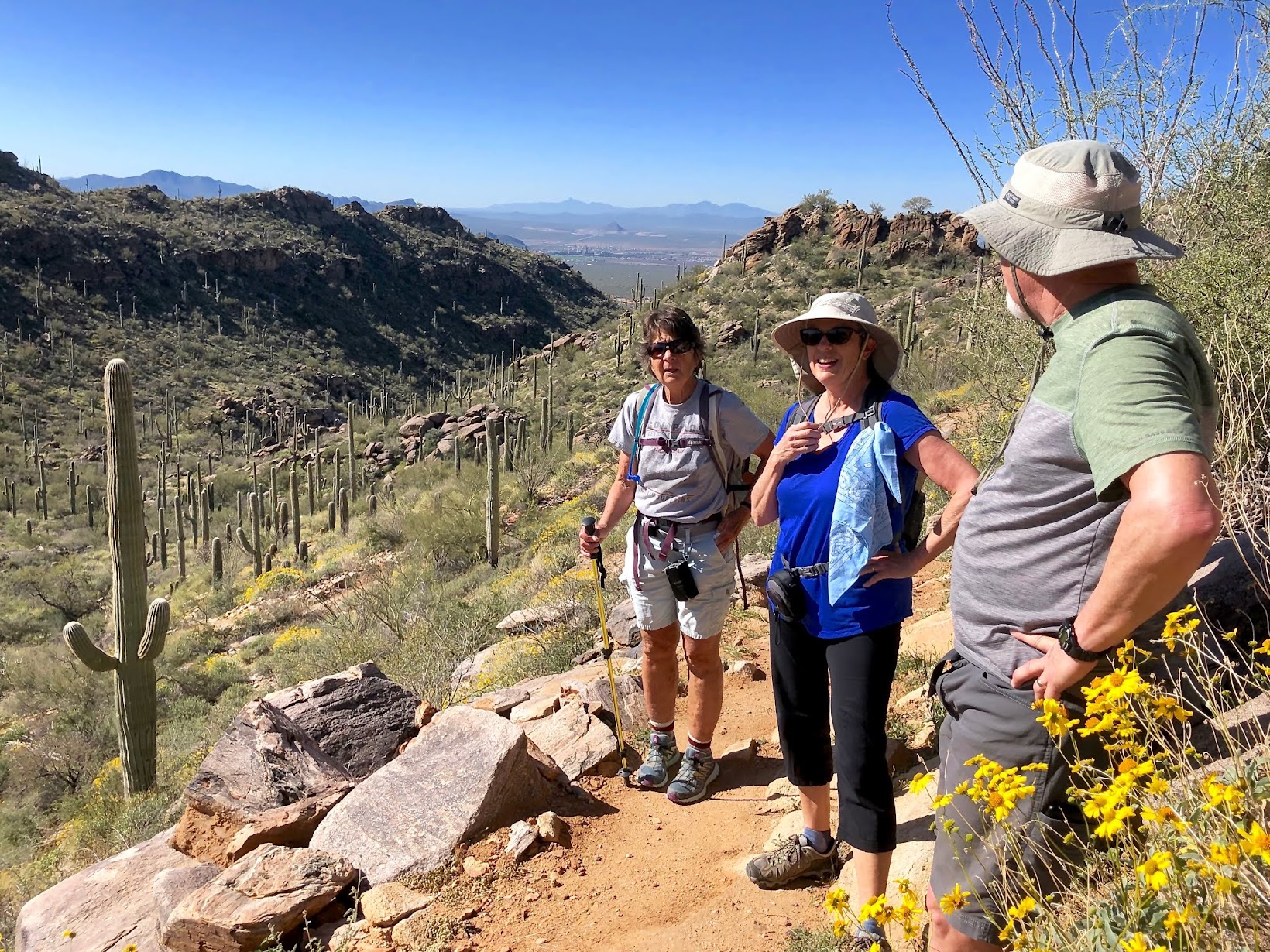 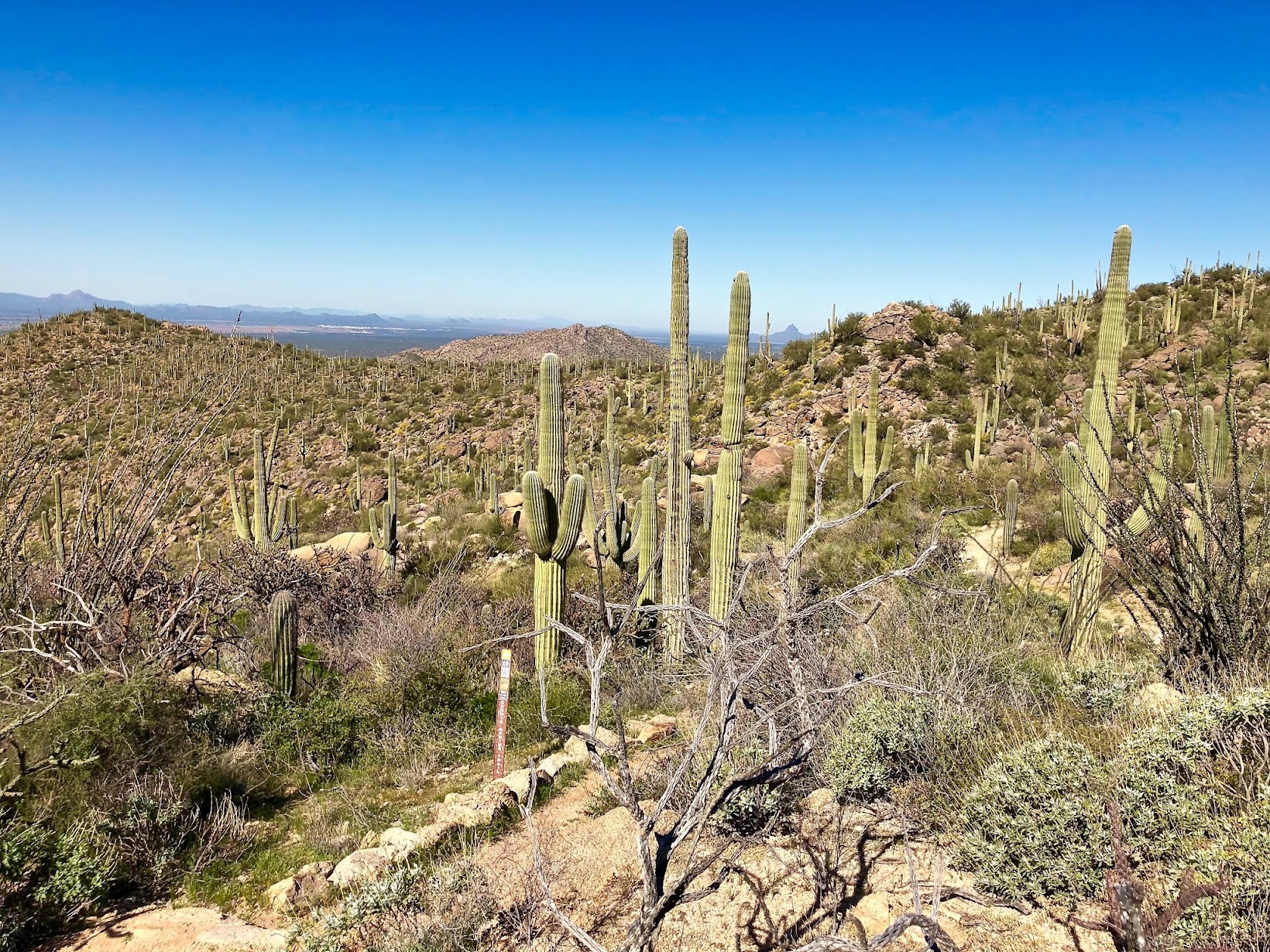 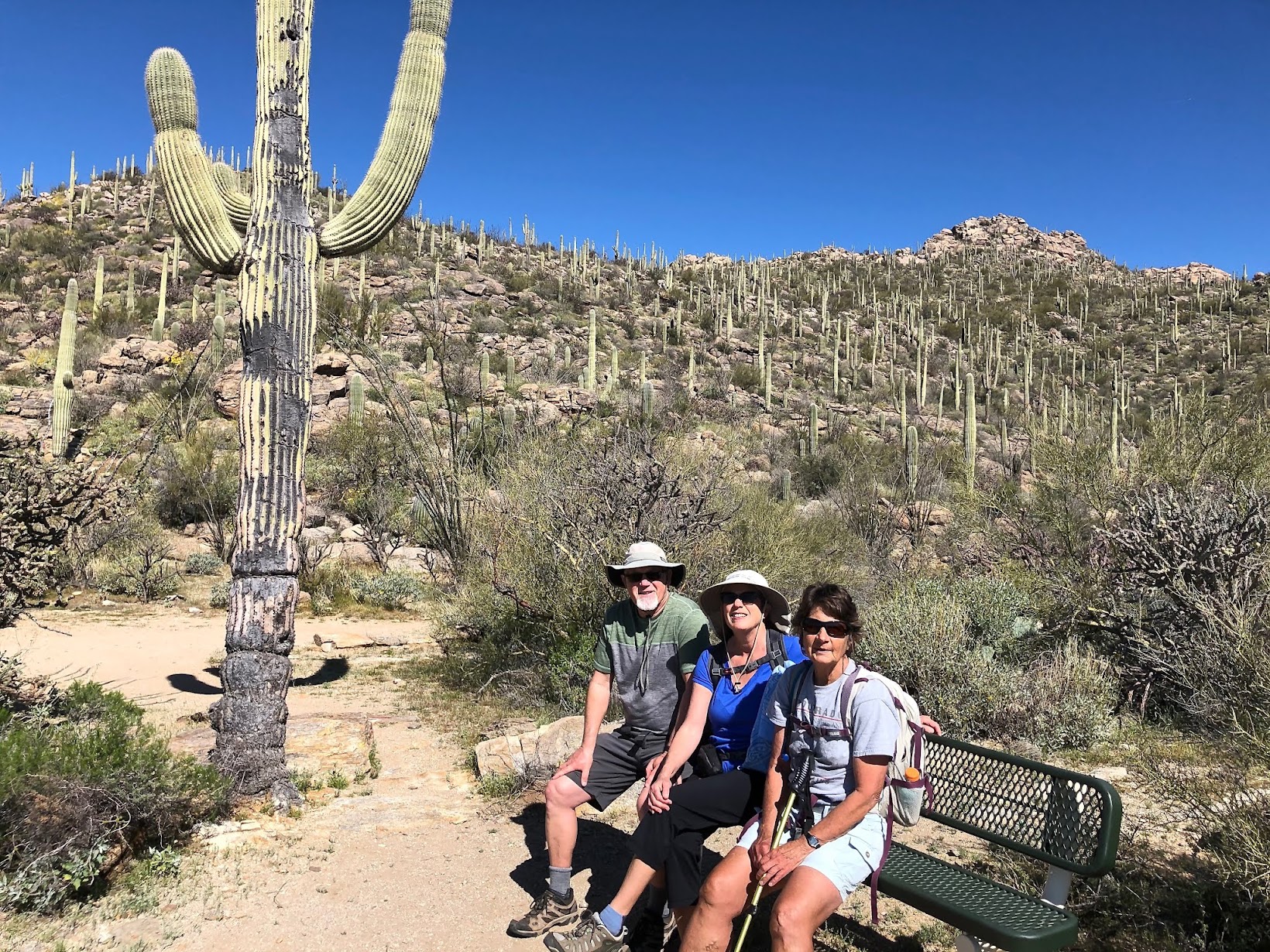 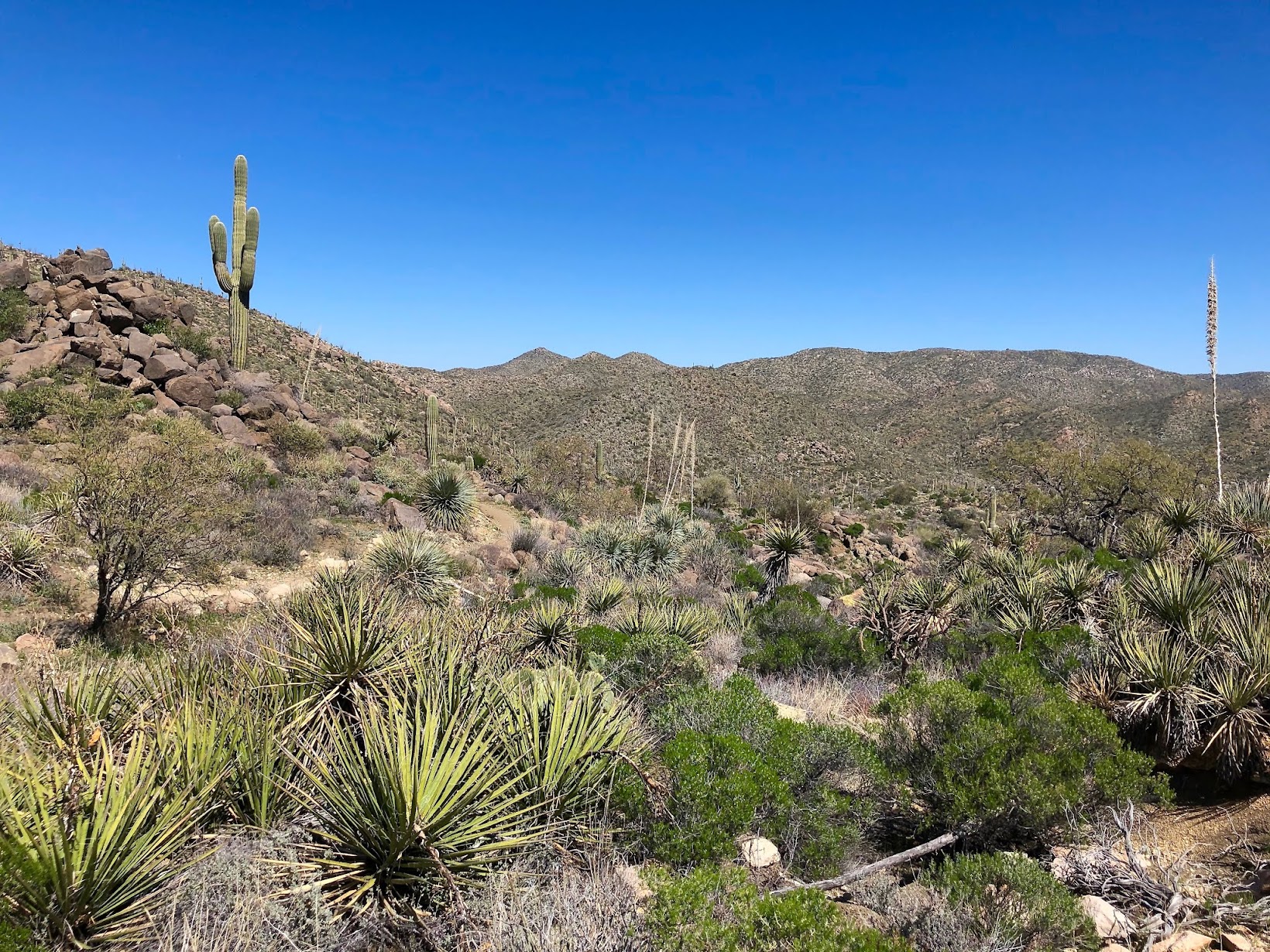 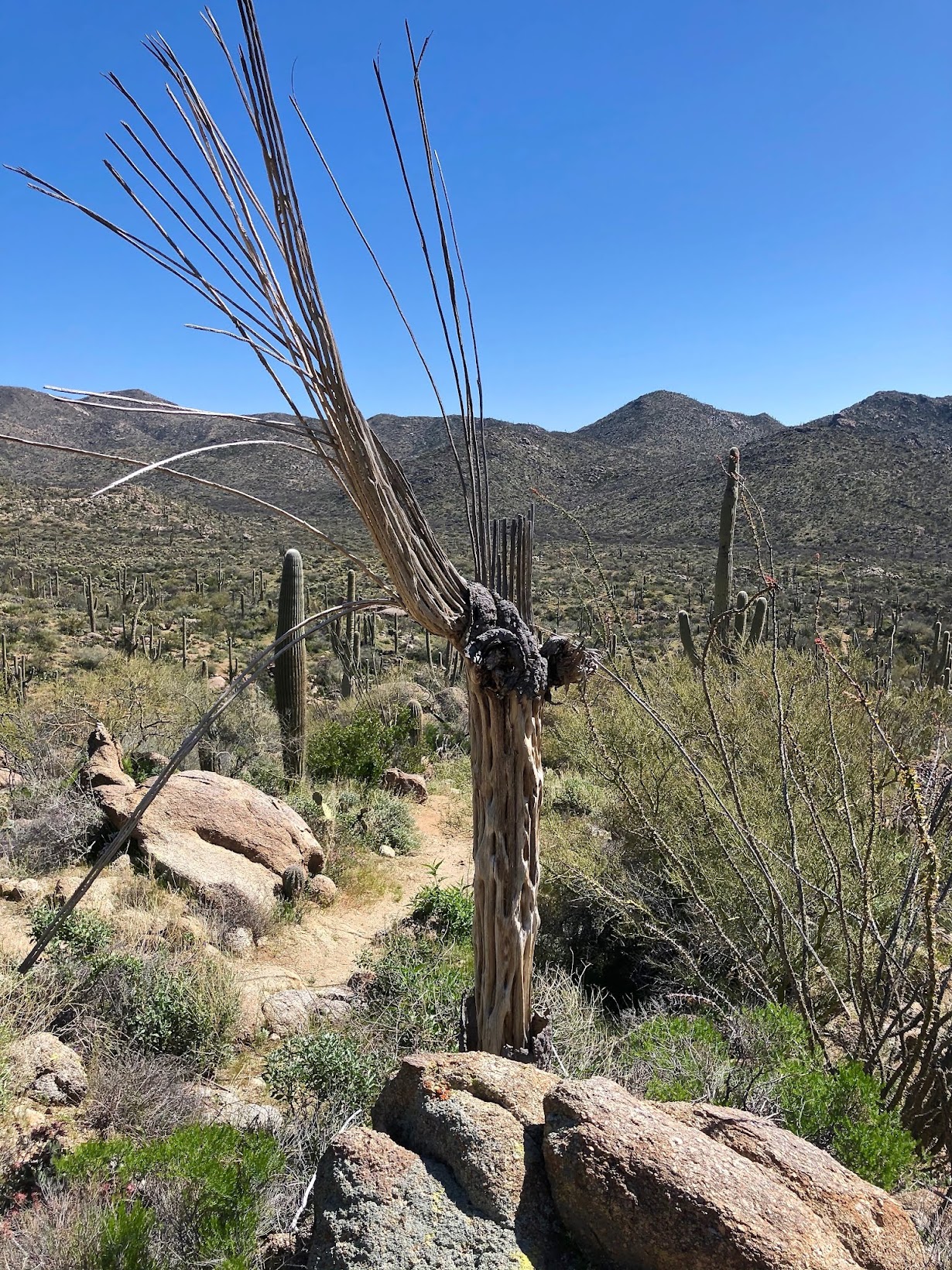 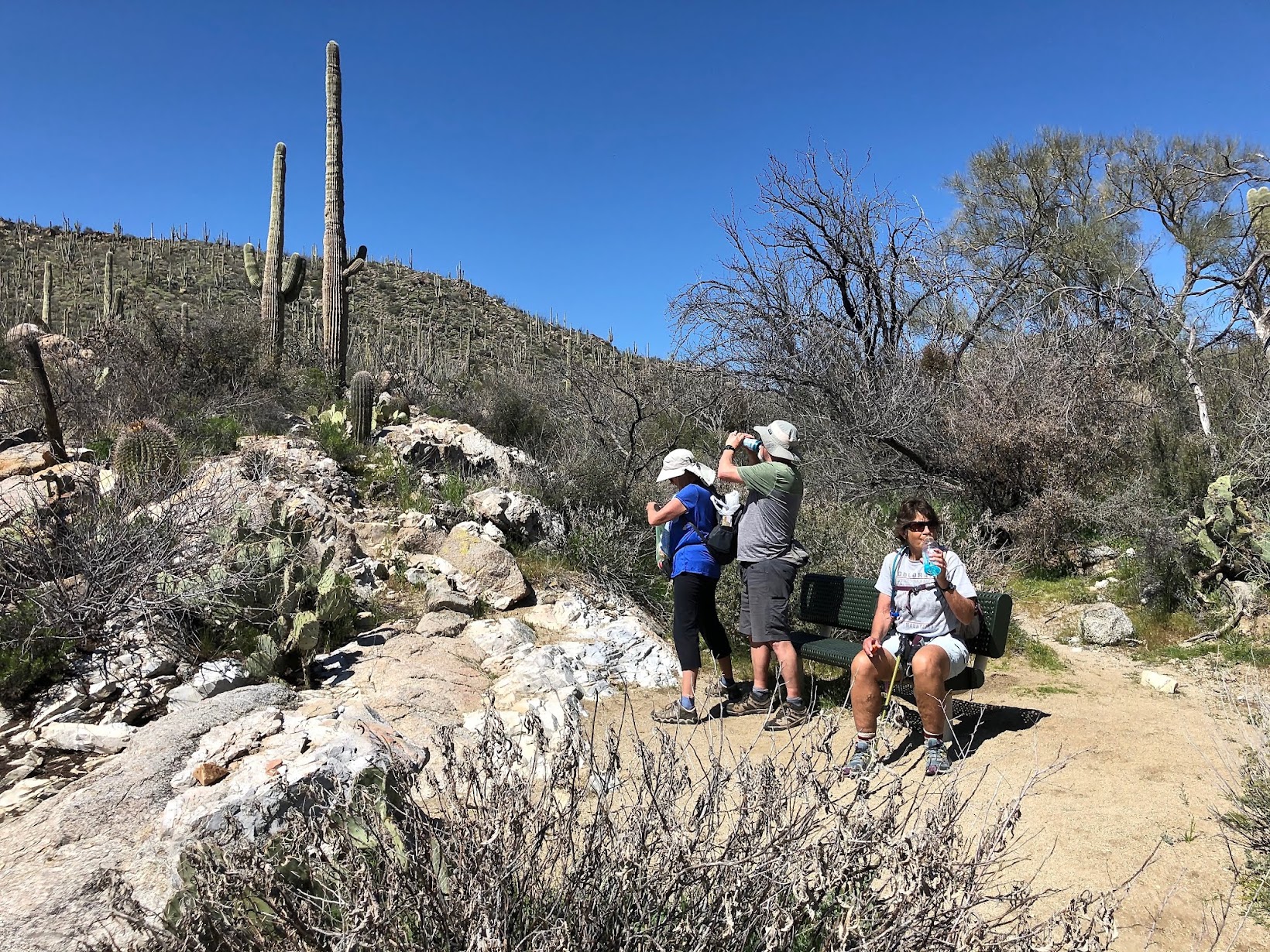 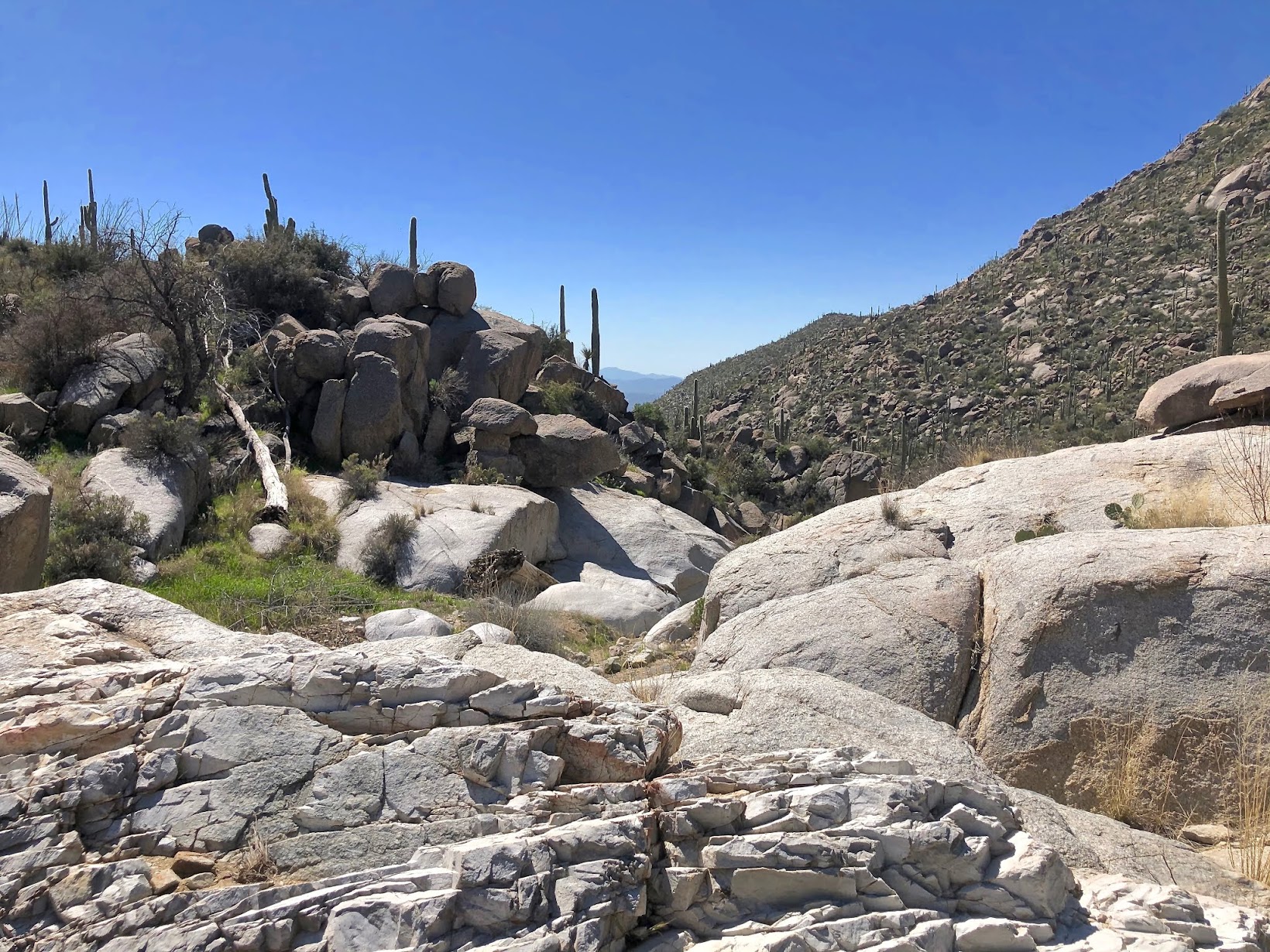 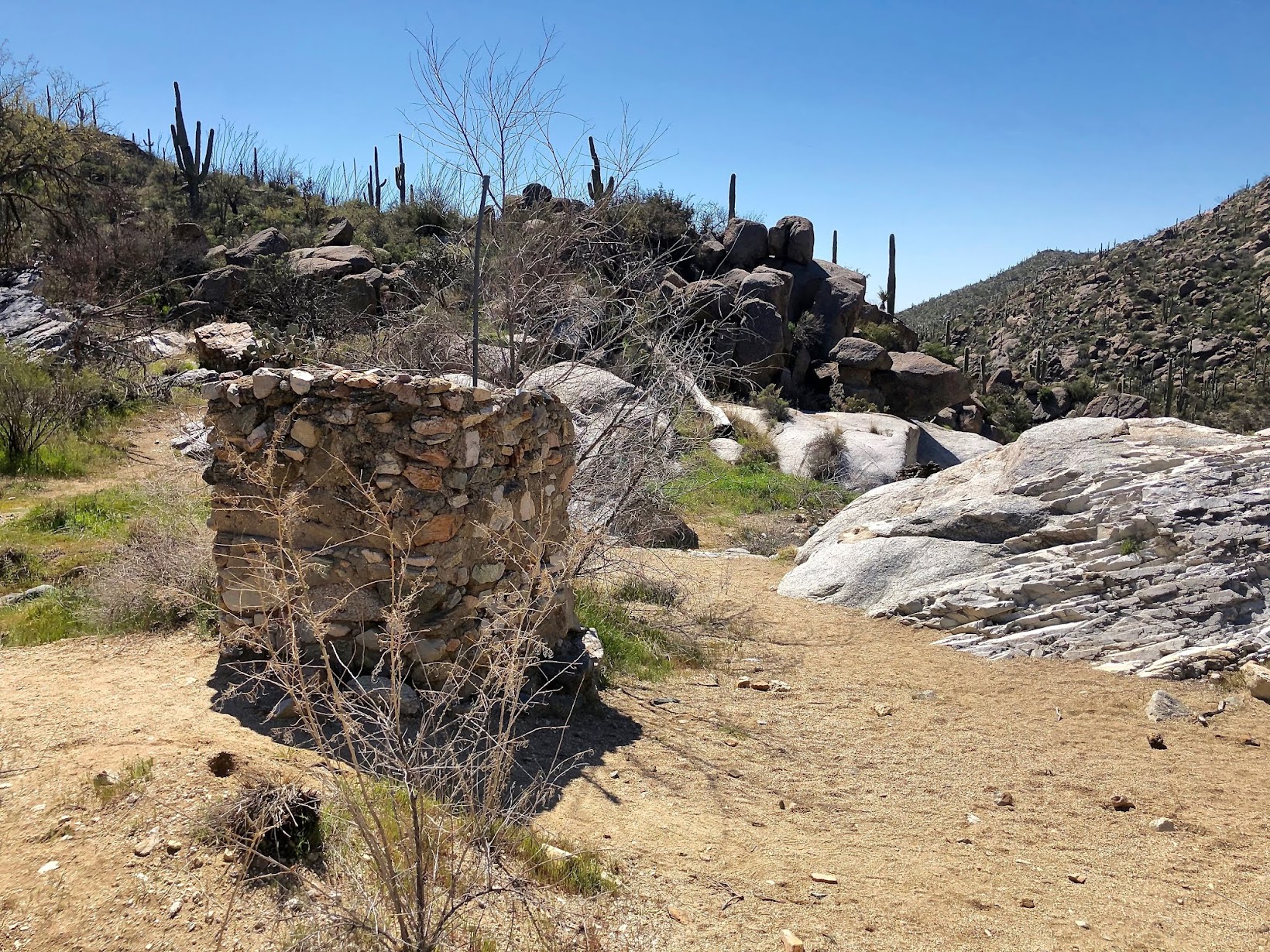 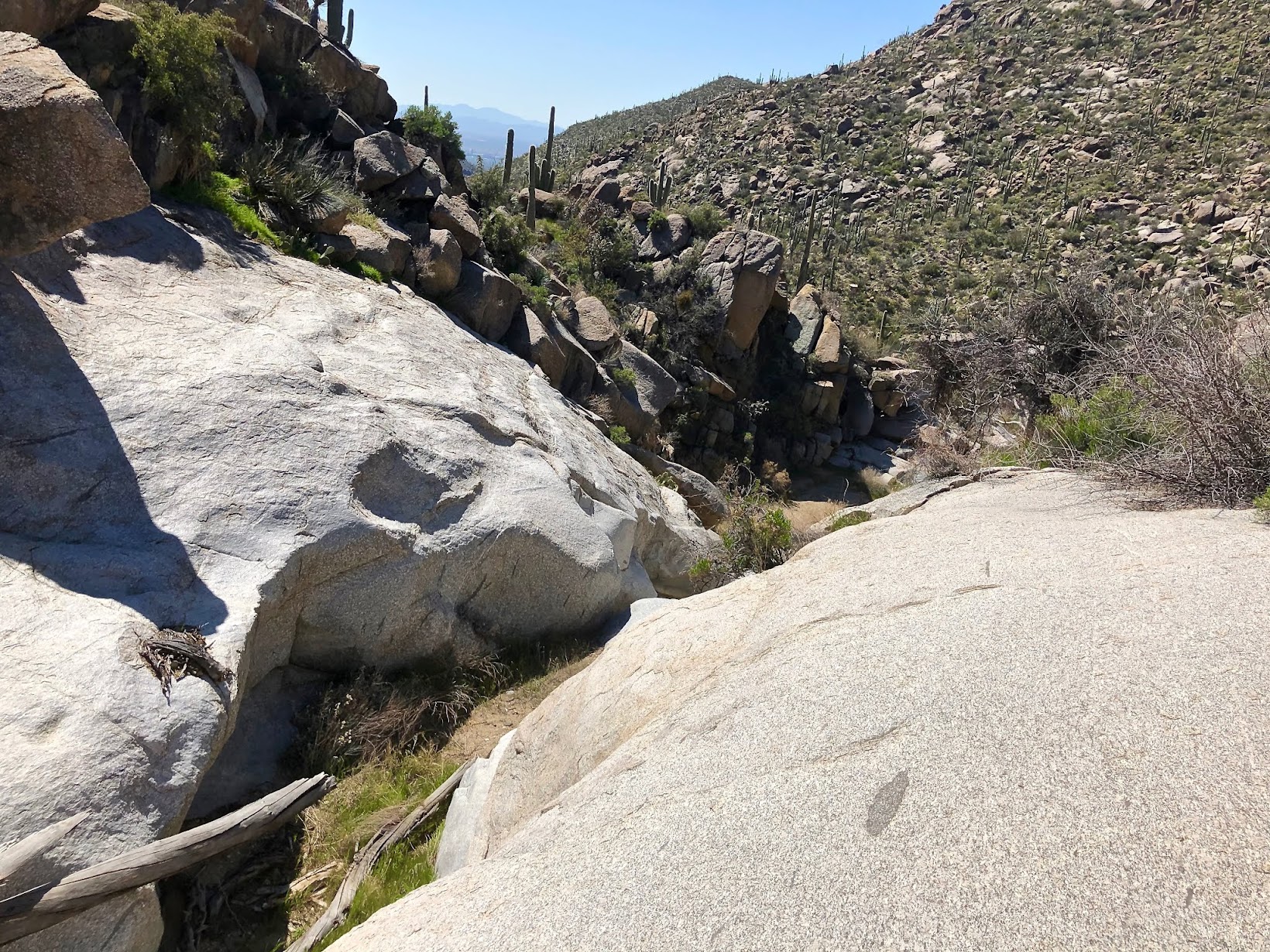 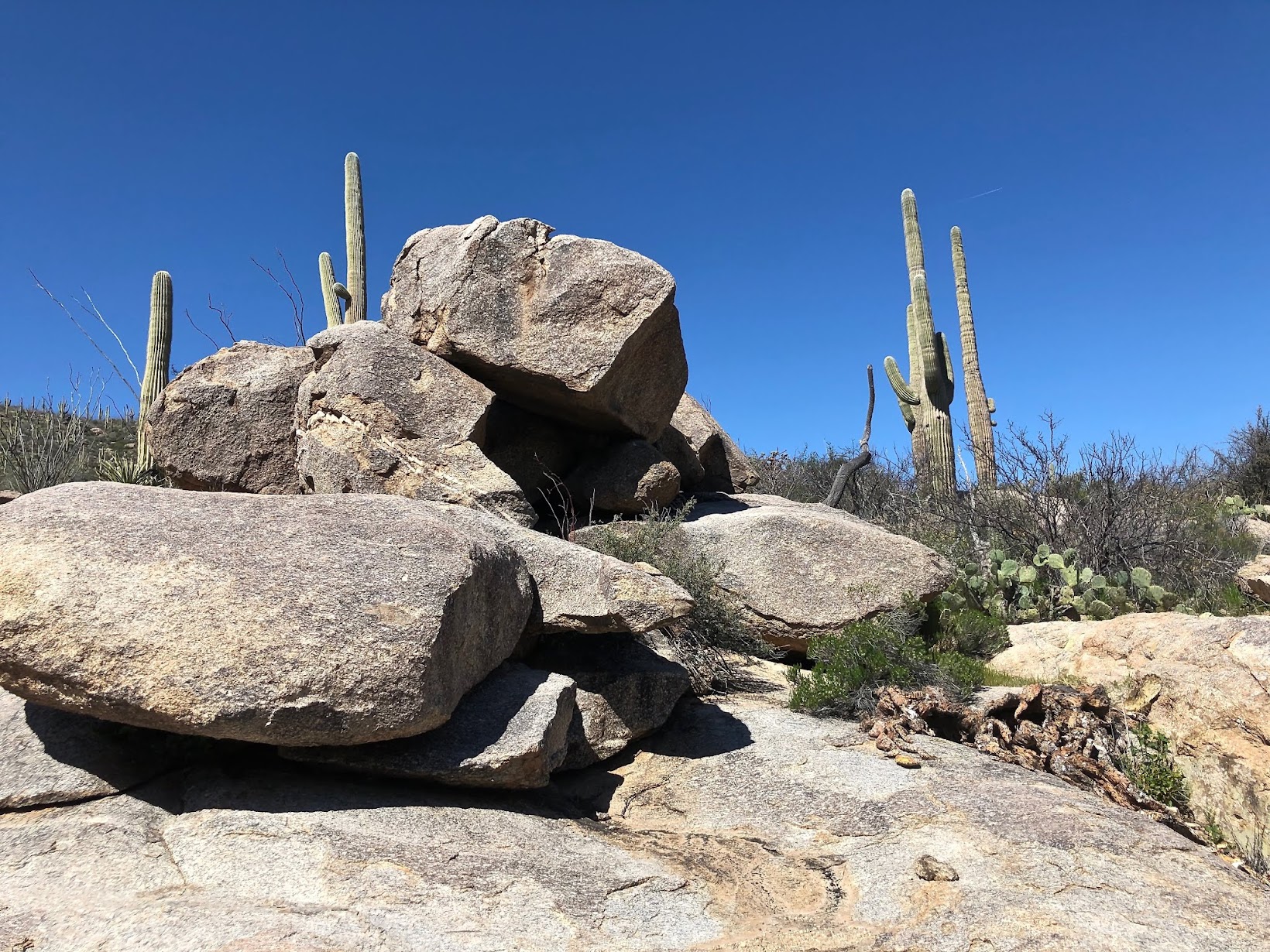 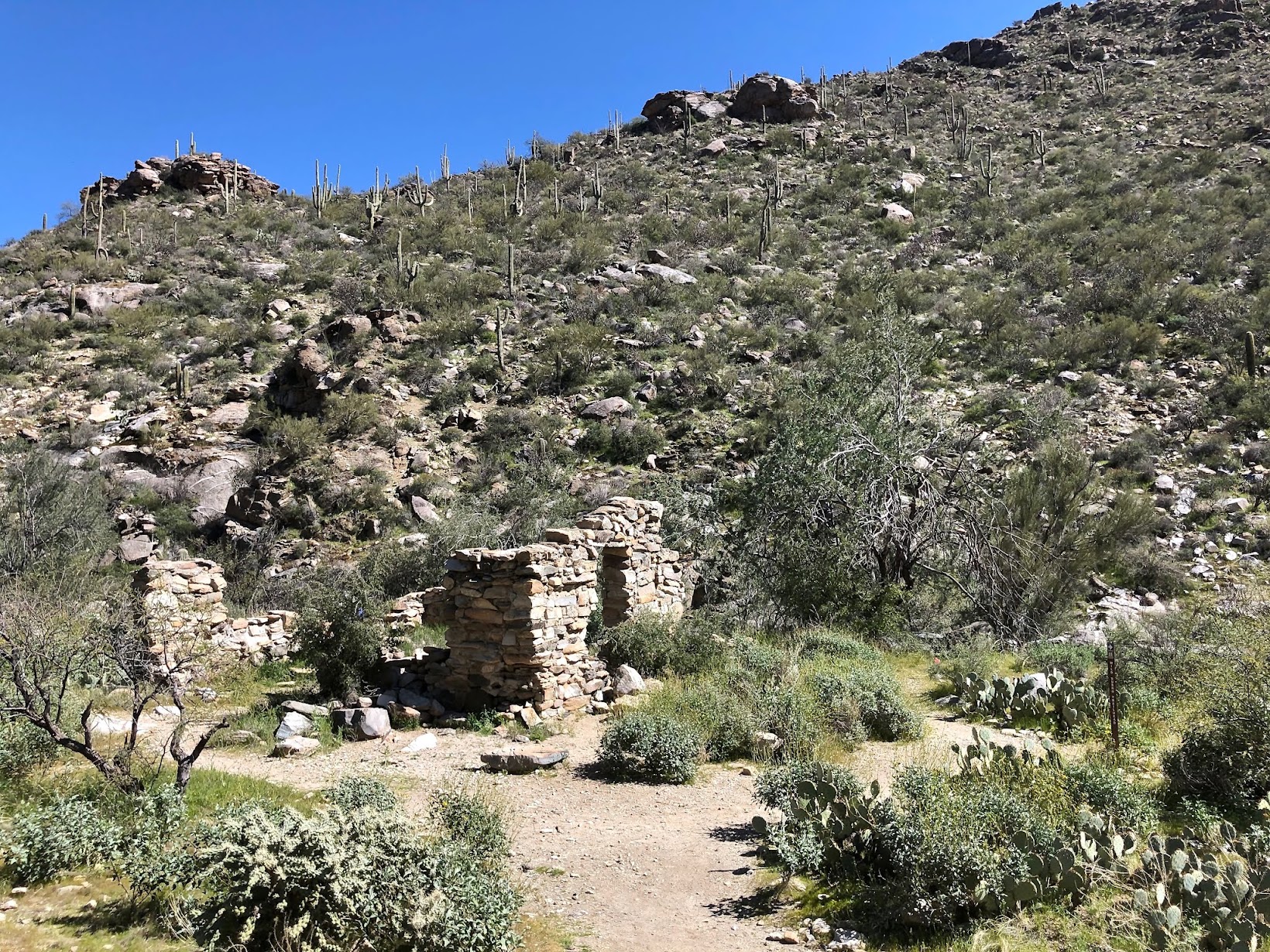 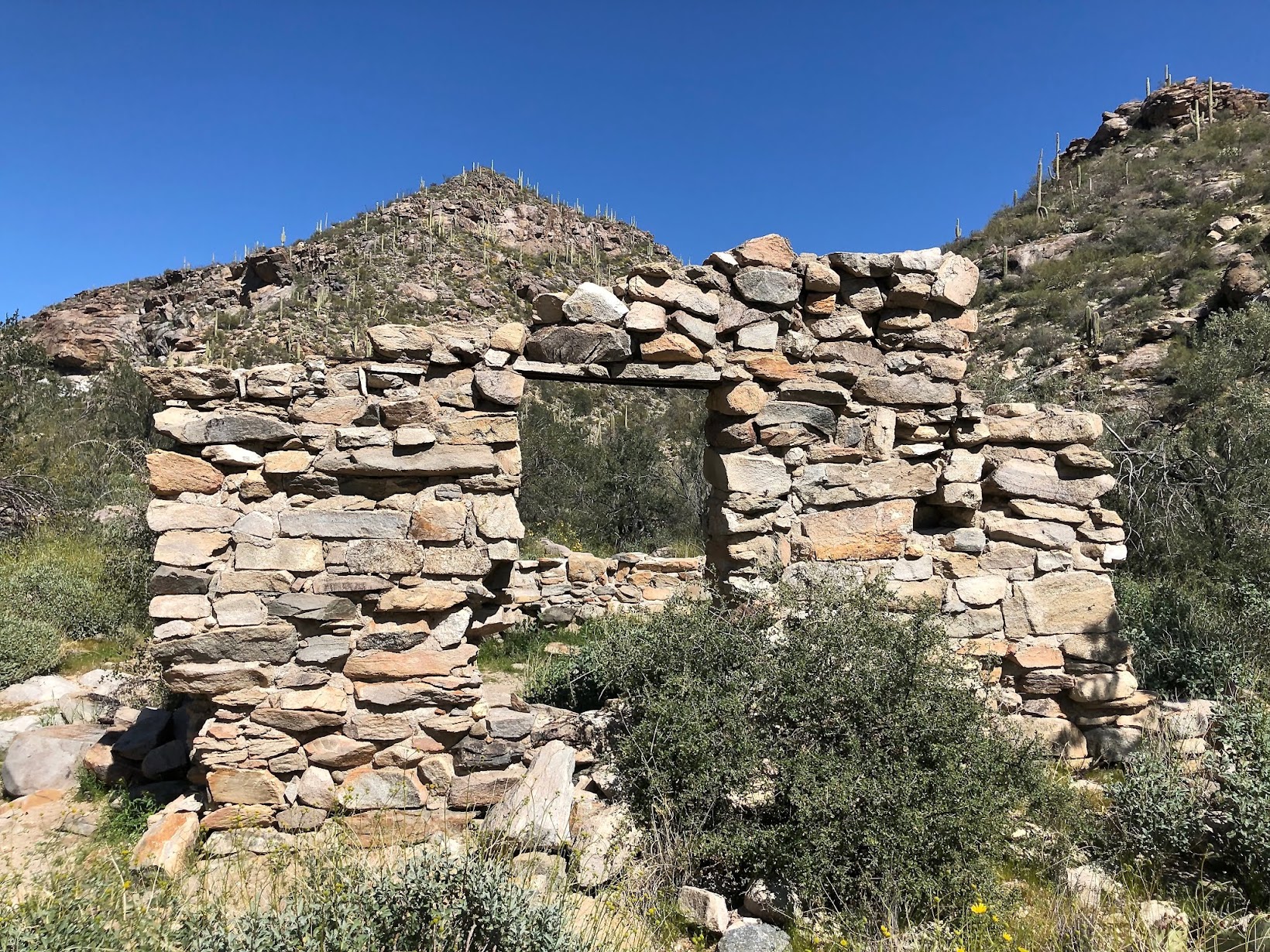 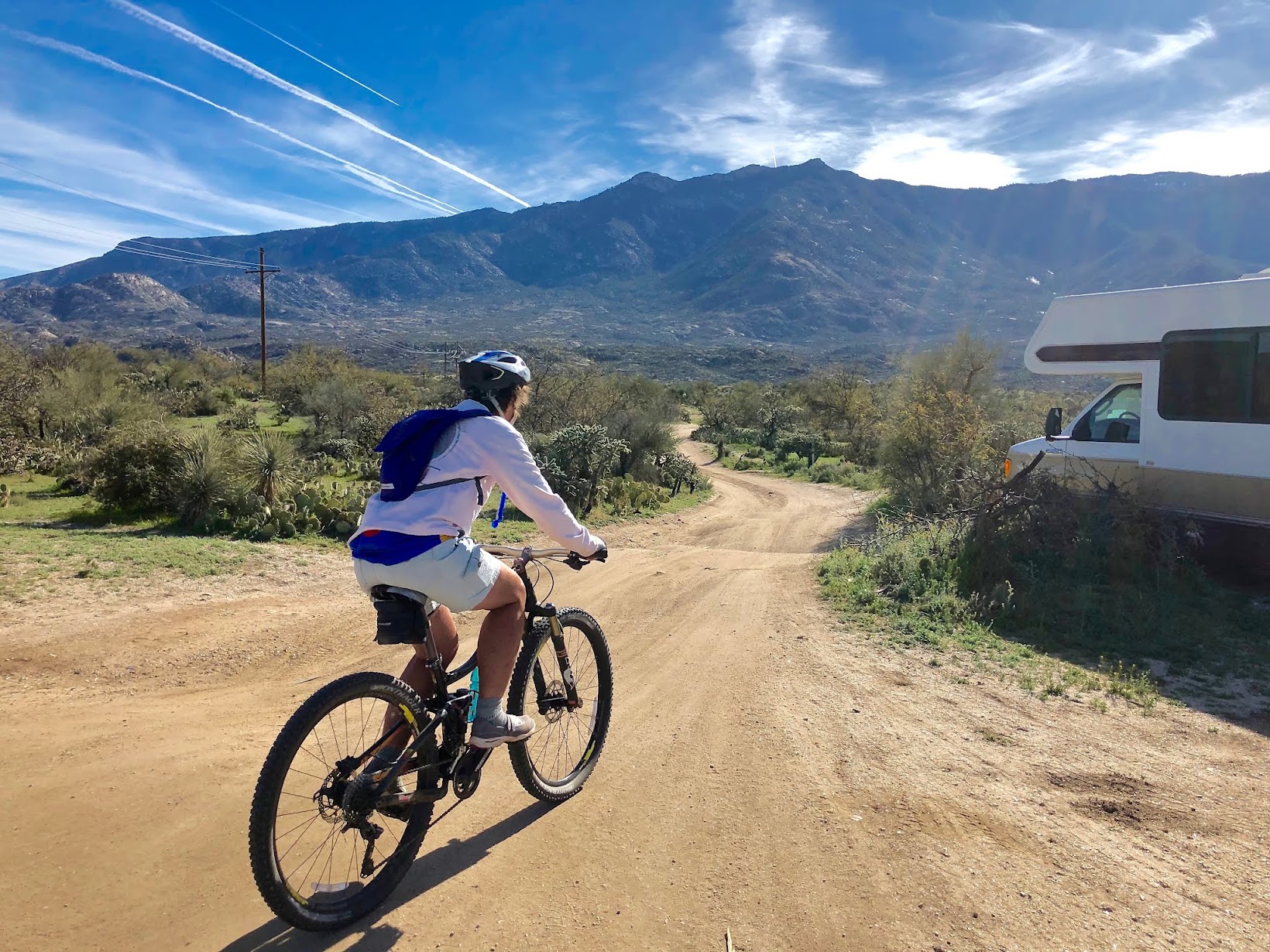 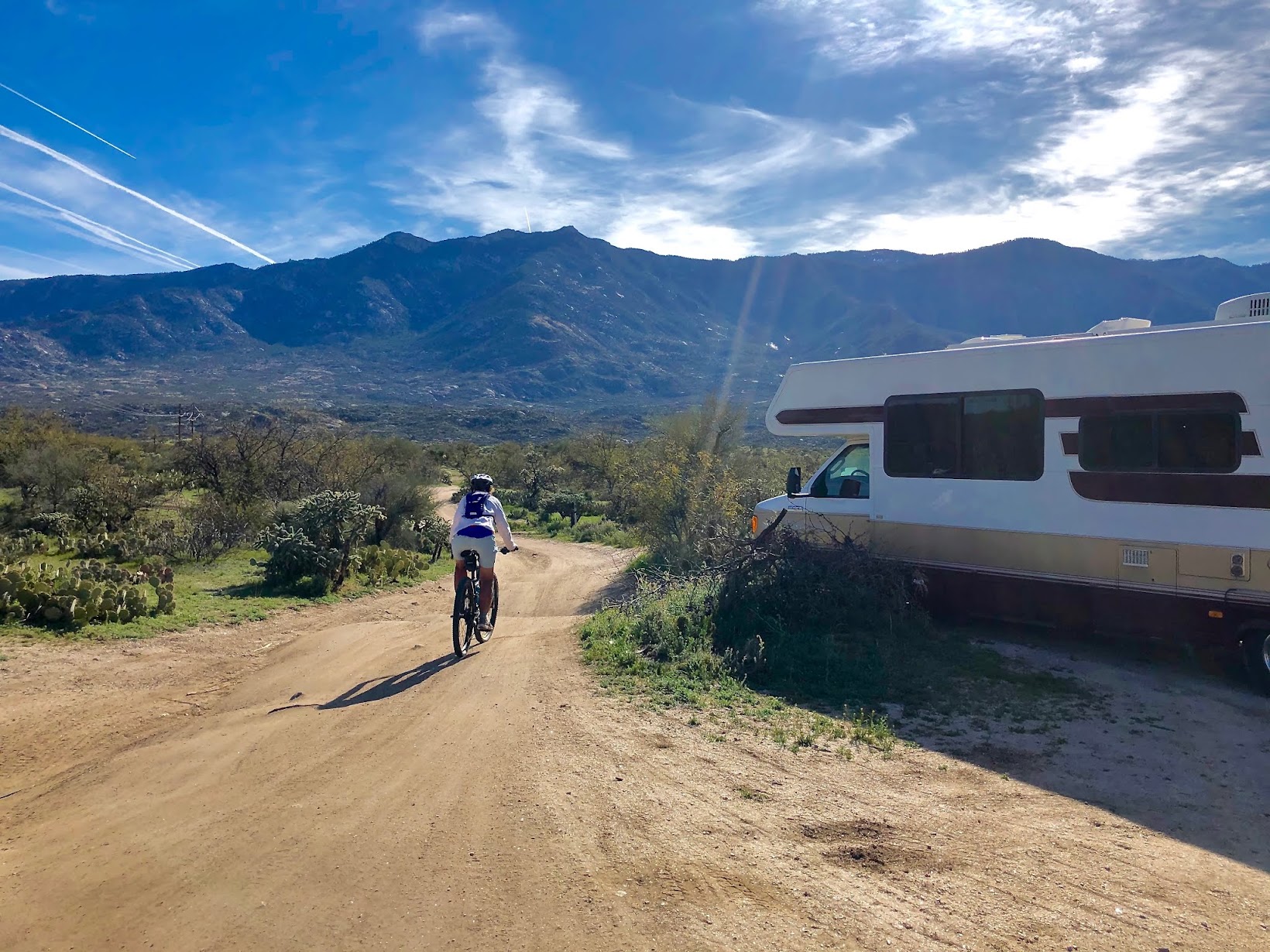 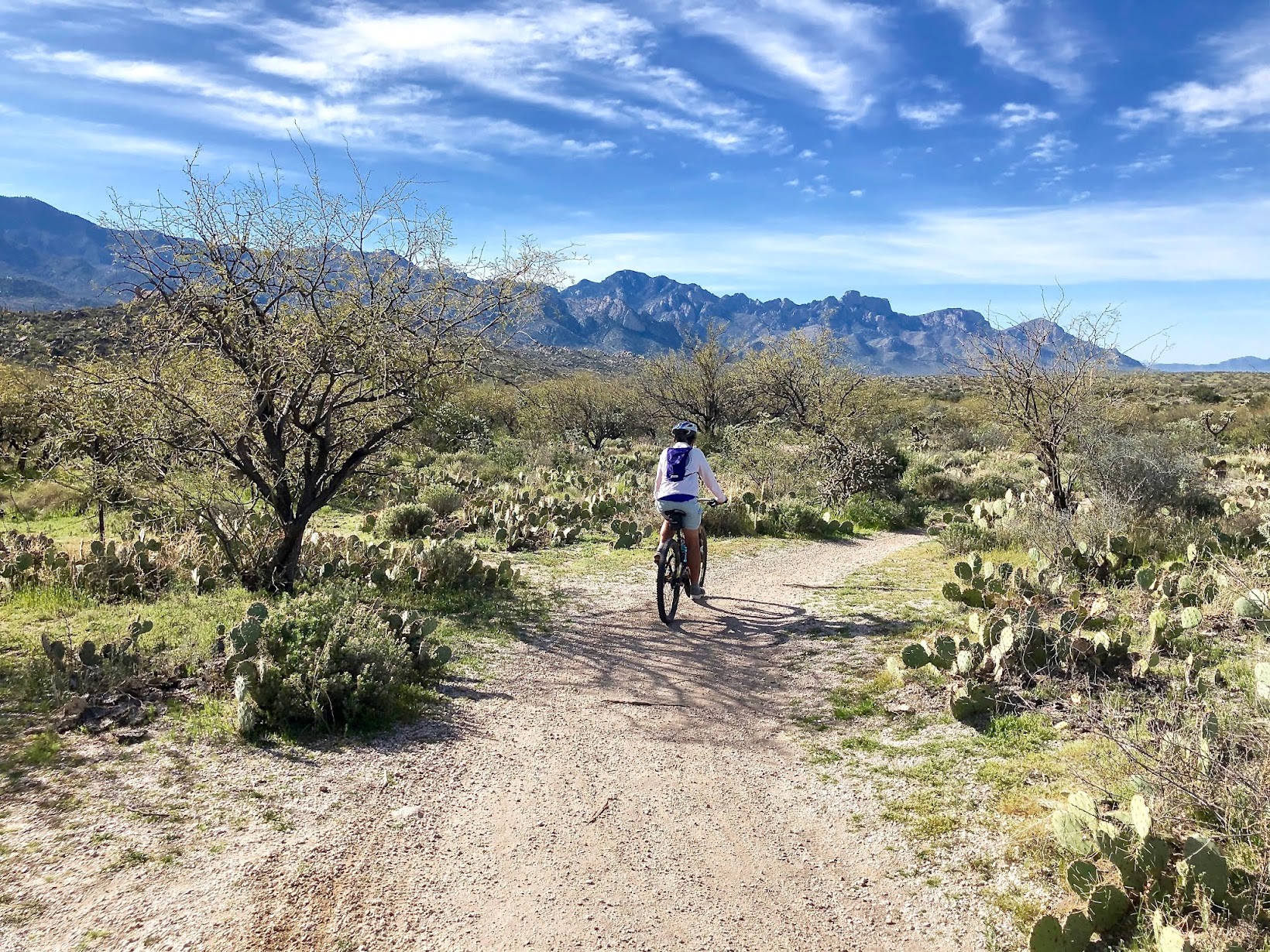 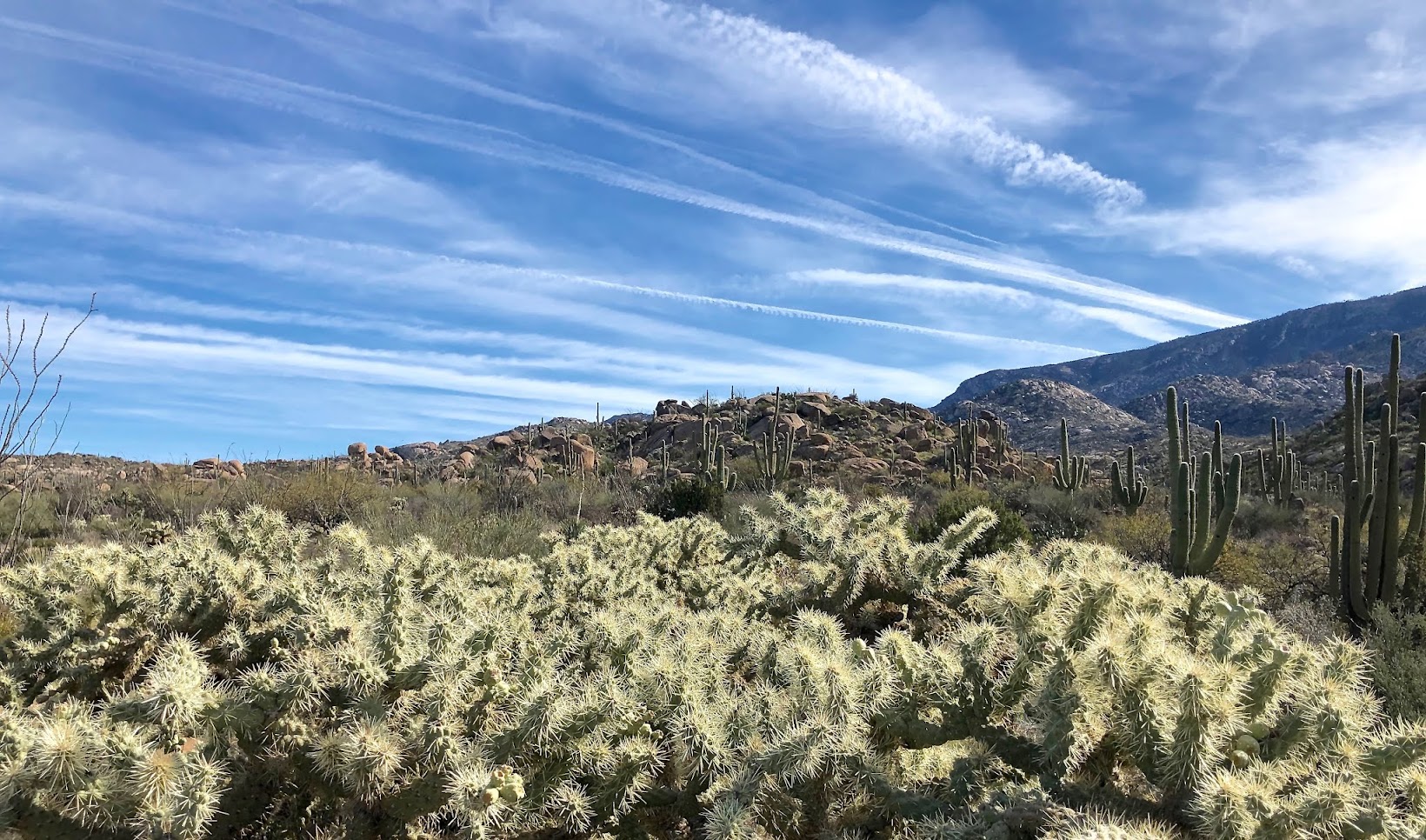 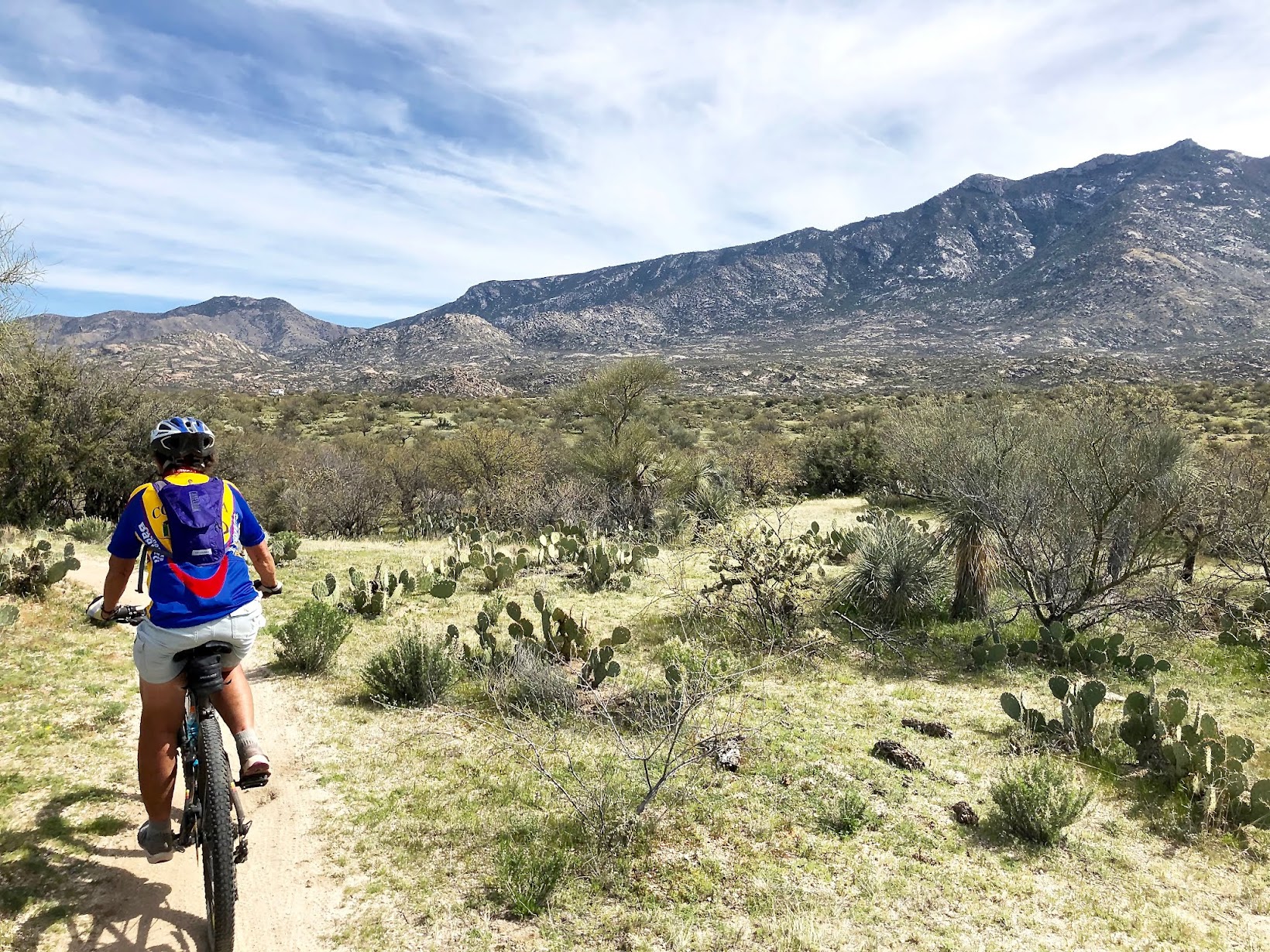 Peace out and Peace be with you. Whether big or small, worry only exacerbates problems. We must be thankful that we live in an wondrous age of technology, put our trust in and support all the keen scientific minds that are attempting to vanquish this virus pandemic from the face of the earth. I honestly believe they will succeed, but it will take time. Until then, we must behave accordingly...minimize risk, and get outdoors to places we can have all to ourselves.
What Say YOU?
mark