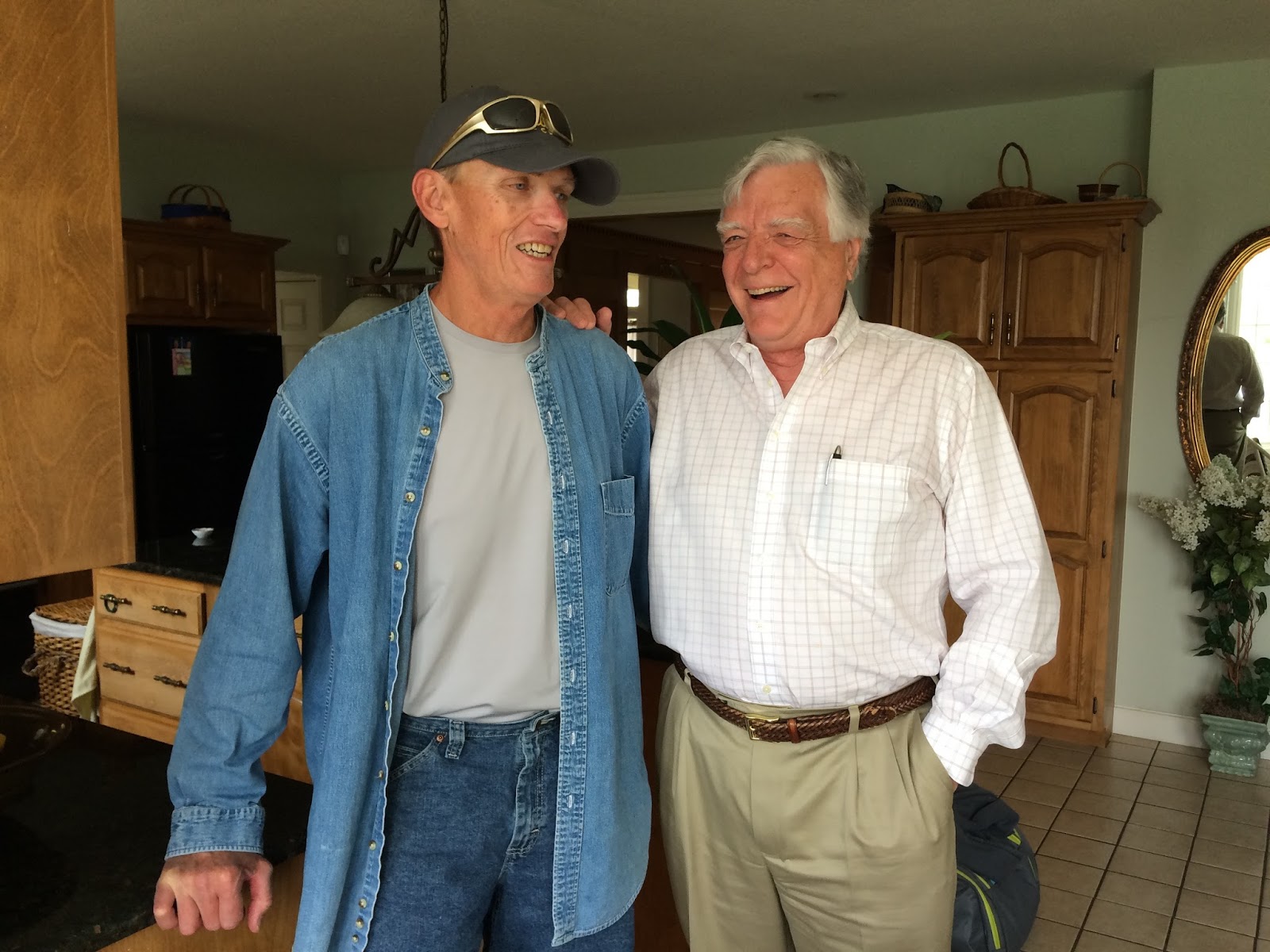 Well now, before setting the BCB's sail for Toledo, let me take a sec to mention that Spirit Airlines is in the headlines again. Funny how when you don't pay or treat your employees worth a damn they don't bother to show up sometimes...and riots break out in airports. It's about time people. Rise up! Reward abuse, deceit, and uncaring corporate behavior by taking your business and money elsewhere, and start by NEVER FLYING Spirit Airlines AGAIN! Now on to more pleasant topics, a trip to Toledo to see kinfolk.

“We aren't getting any younger,” as the saying goes, and, well, you never know, right? What better time to reconnect with my older brother, Dan…knock a few cobwebs off our sibling rivalry face-to-face, old man to old man. 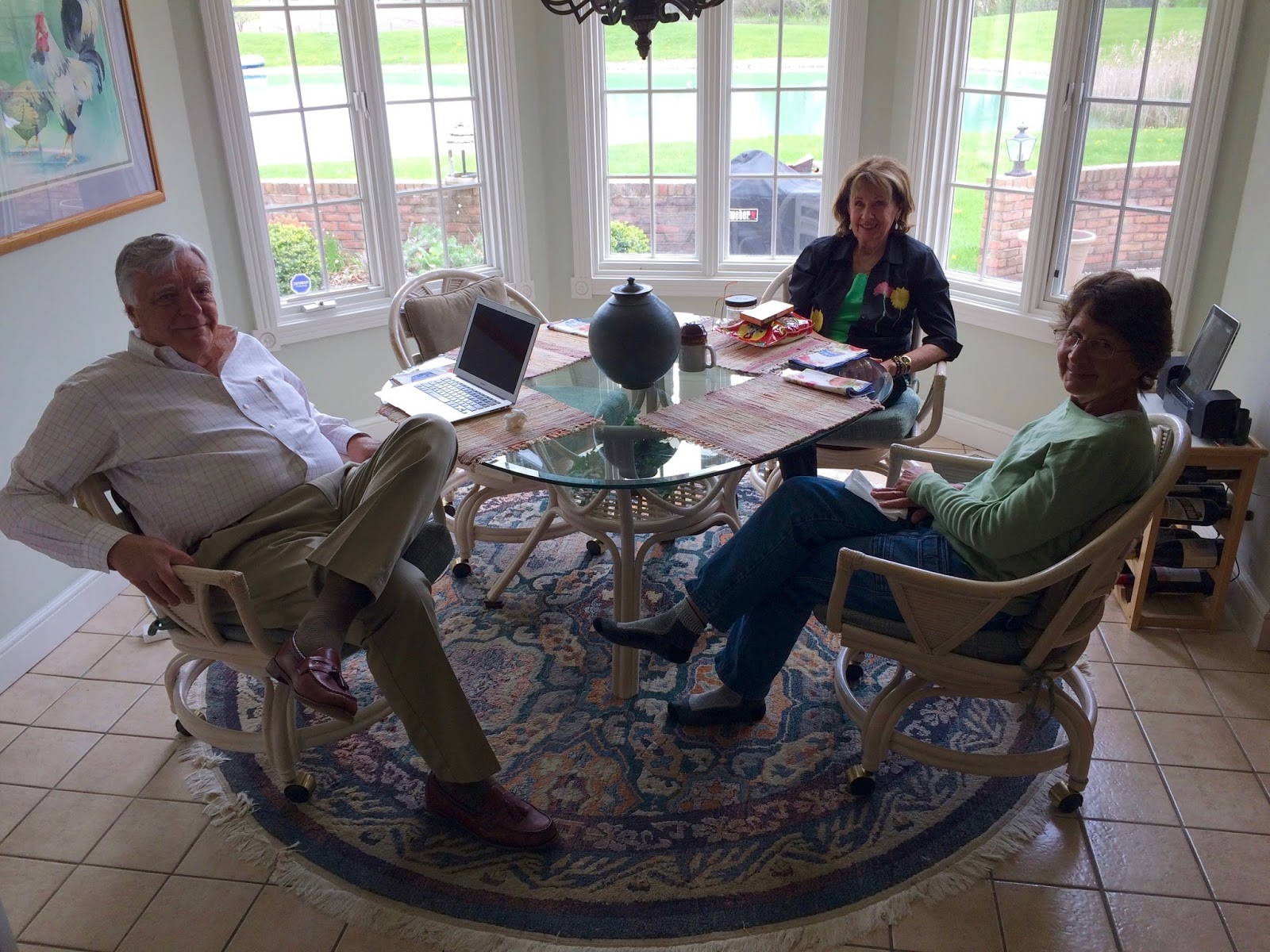 Sacrifice is born of such things. Reconnecting involves breaking my preference to abstain from venturing east of the Rockies, not to mention wedge into a child-sized seat in order to do so. Tis true: I’m a tad spoiled living here Lovely Ouray, where everything I love and adore is within a day's drive. Except family, so I bite the bullet. 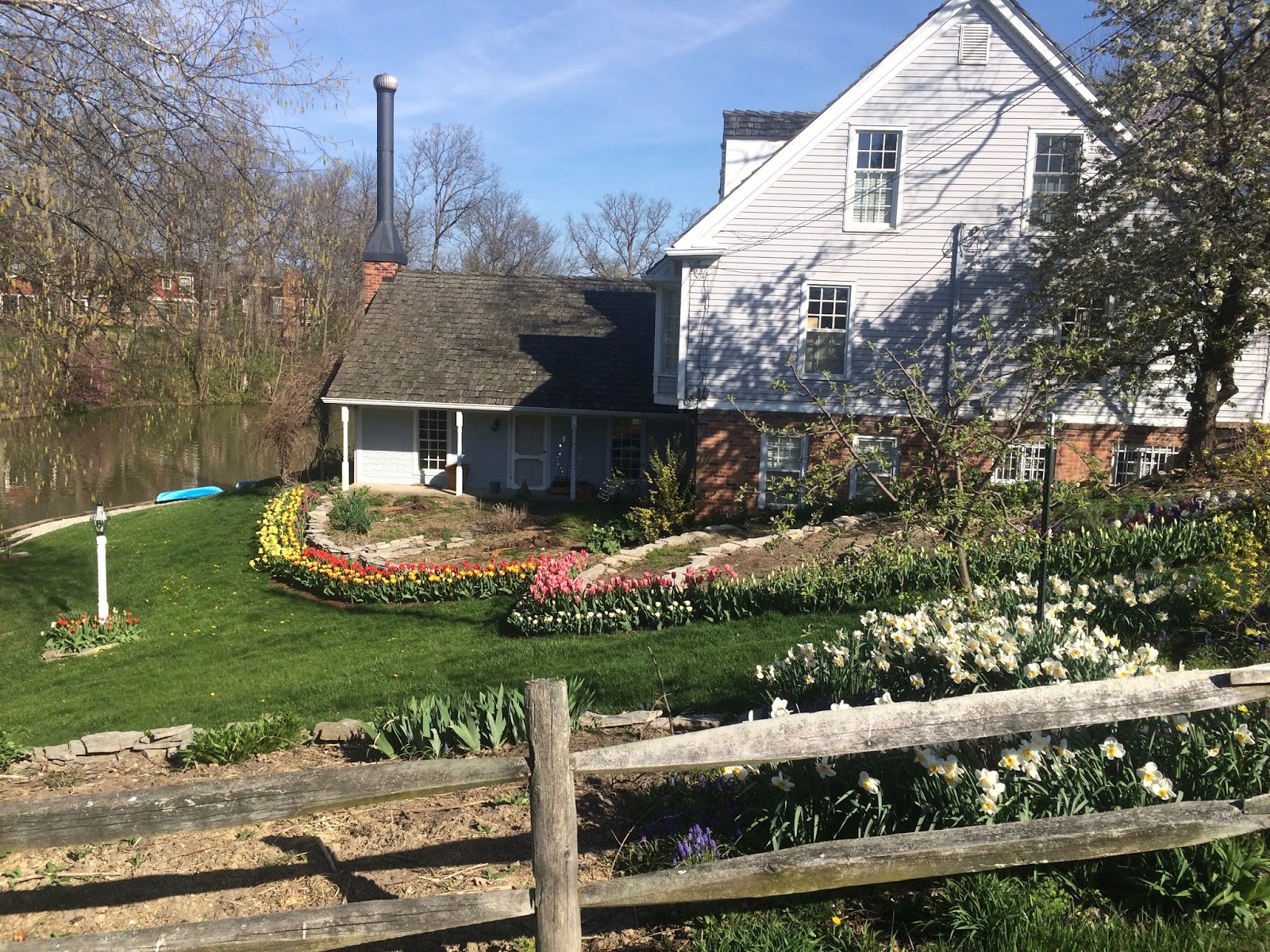 "Home" is a comparative term when it comes to our vagabond family. Growing up I couldn't grasp what "home" was, let alone, where, as my parents hopscotched willy-nilly in search of "God's Will,” a rather nebulous construct to say the least. Some people believe that "home" is where a person is born, and for those who never leave or know anything else, I suppose they're right. But Dad and Mom were “leavers." I was disassociated from my birthplace by "Arizona or bust" parents as a 9 month old "suckling,” which made me more "cowboy" than "Buckeye." When asked where I’m from, I reply, "Arizona." When asked “where's home,” I say Southwest Colorado. I’ve learned that if you just say "Colorado," people assume you live in Denver. Besides, few people know where "Ouray" is, which is just one of many reasons I live there. 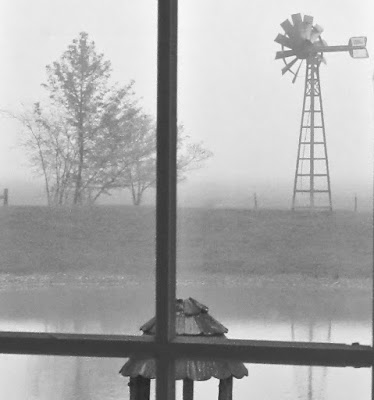 So bobbie scored a cheap fare out of Denver International Airport. Ha! Let me explain how “cheap fares” work: Start with the two tanks of gas and 16 hours it takes to get to and from DIA. Then add 13 dollars (times 7 days) for airport parking, enduring security lines, getting lost, finding the correct terminal and gate (a moving target), paying 6 bucks for a small vanilla shake to elevate low blood sugar and mood, 5 bucks for 3 Tylenol for headache…then climb aboard a cylindrical tube with 200 shoulder to shoulder, nuts to butts, disease carrying passengers, 3 of which are crying infants, and then be forced to watch a cheesy demo on how to fasten your seatbelt. Once off the ground it costs 9 bucks for Scotch and water, 7 bucks for internet, and 3 bucks for a bag with 5 pretzels in it. 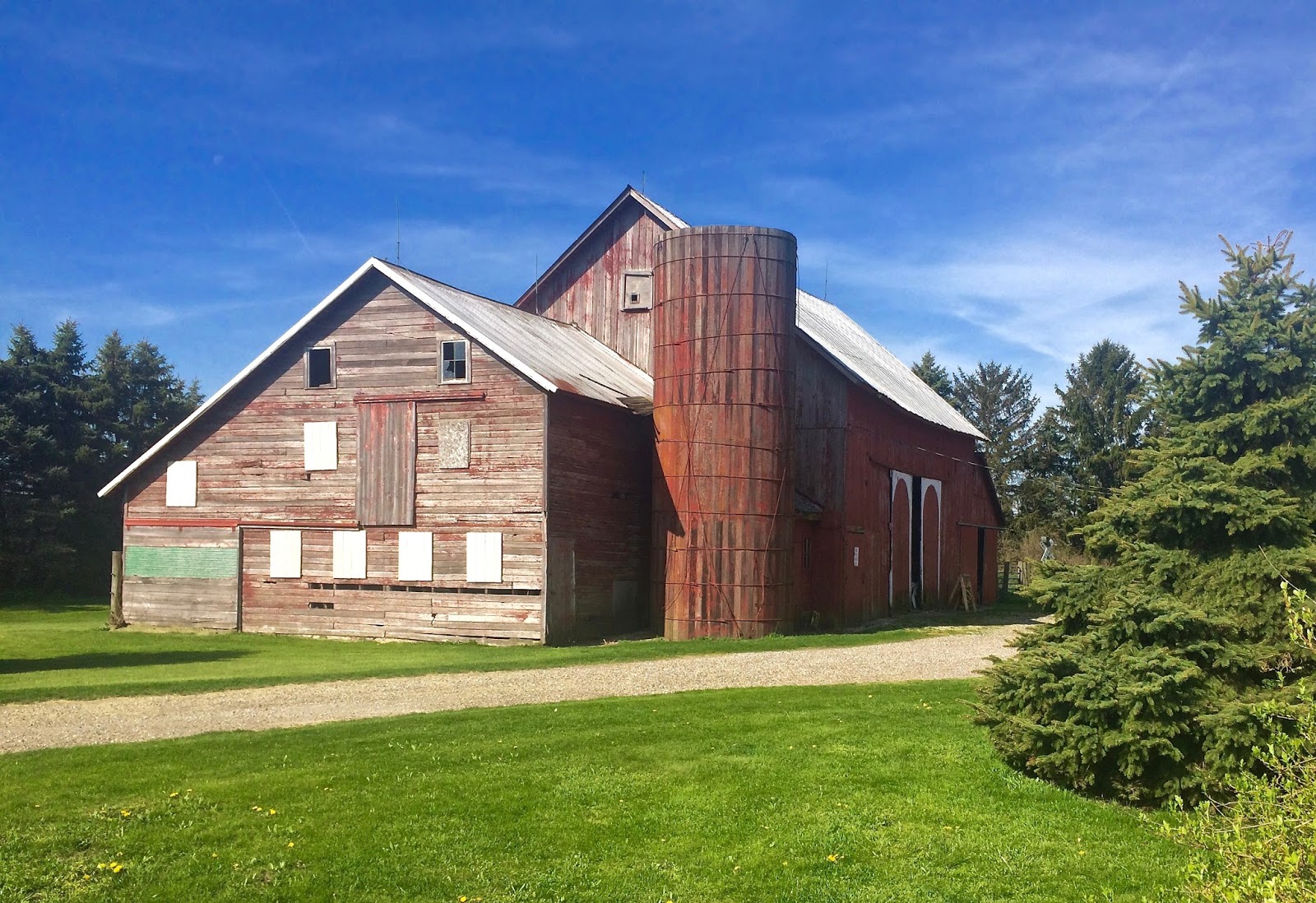 After 3 bliss-filled hours we touched down in Detroit, exhausted and in dire need of an ATM. Brother, Dan, picked us up in his sexy, low slung Lexus. “You’d never even make it up our driveway in this thing,” I chide. 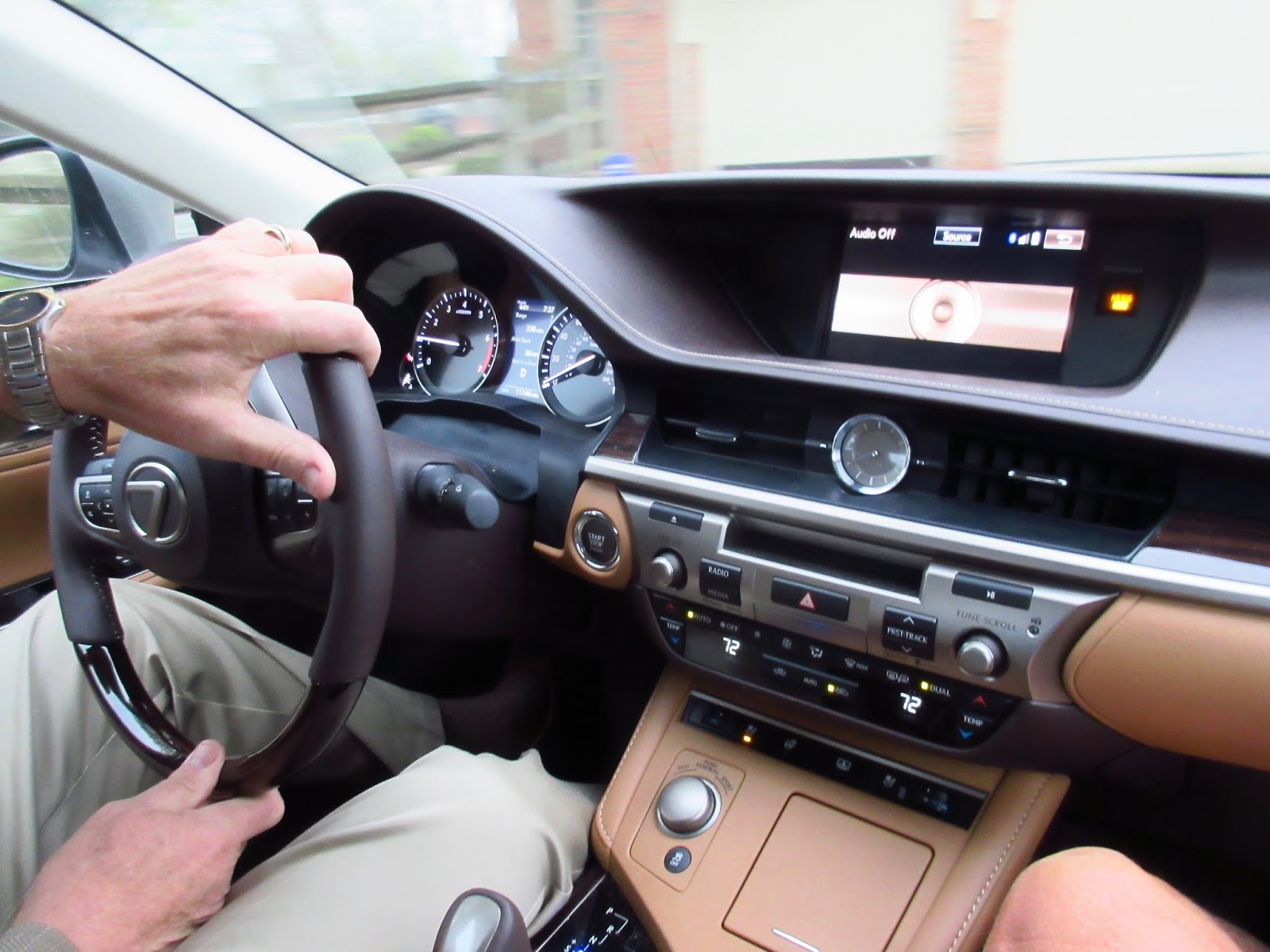 But spring was on the "bud," and the hours-drive from Detroit to Toledo was ripe with miles of colorful flora, lazy swollen rivers, and lush green lawns. It was comfortably cool, too, unlike the times I came in July, when heat and humidity are so oppressive you can’t draw a breath. Ohio is the kind of place you can work up a sweat without moving. Even eating makes you sweat.

Brother Dan, and wife, Elaine, live in rural Waterville, a small bedroom community a few miles south of Toledo. Over oatmeal and coffee the next morning we tallied over 20 places he and Elaine had lived over the course of their 50-plus years of marriage, from Texas to Alaska, Oregon to Virginia, San Francisco to Abu Dhabi. Dan’s continuing education and experience became a “magic carpet," of sorts, and they rode it far and wide to places beyond his wildest childhood dreams. Positions of College professorships led to Department Heads that led to University Provosts, and, finally, President of the University of Toledo, a move that brought him full-circle, back “home” to Ohio, fifty years after Mom and Dad chased “God’s will” west to Arizona. 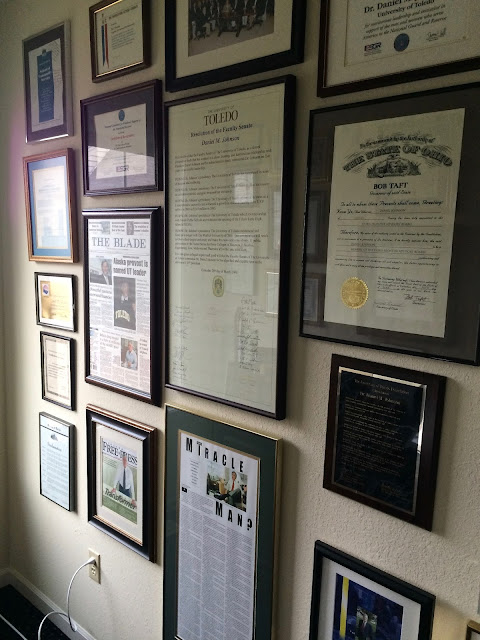 At ten years my senior, and now President Emeritus (retired) of the University of Toledo, Dan remains involved. He keeps an office on campus, still travels the world on University based missions, and continues to “make a difference.” I am so amazed at his ambition and accomplishments that I often wonder if we share the same father. Rest assured, the truth is apparent by our matching six-foot three-inch frames and the "Johnson Curse" size 14 feet. Gee thanks, Dad.

Upon reflection, I never really had “sibling rivalry” with my brother. By the time I was aware enough to realize I had siblings, Dan was off realizing a wild-hair dream to attend CBA, a private Christian high school in Canyonville, Oregon. Dad went near there as a young man to work in CCC camps. His stories of Oregon were like beautiful paintings, and made us all want to go there. As personality traits go, curiosity and courage will get you the farthest, and they seem to run in our family. It was a bold move for Dan, only a sophomore in high school at the time, and mature beyond his years.

After high school, college kept Dan and I apart, followed by marriage, kids, career chasing, you know, “life.” Over time, Dan became like a distant relative, someone who popped in for a visit from time to time. I can’t say that I missed him because he was gone before I really knew him. 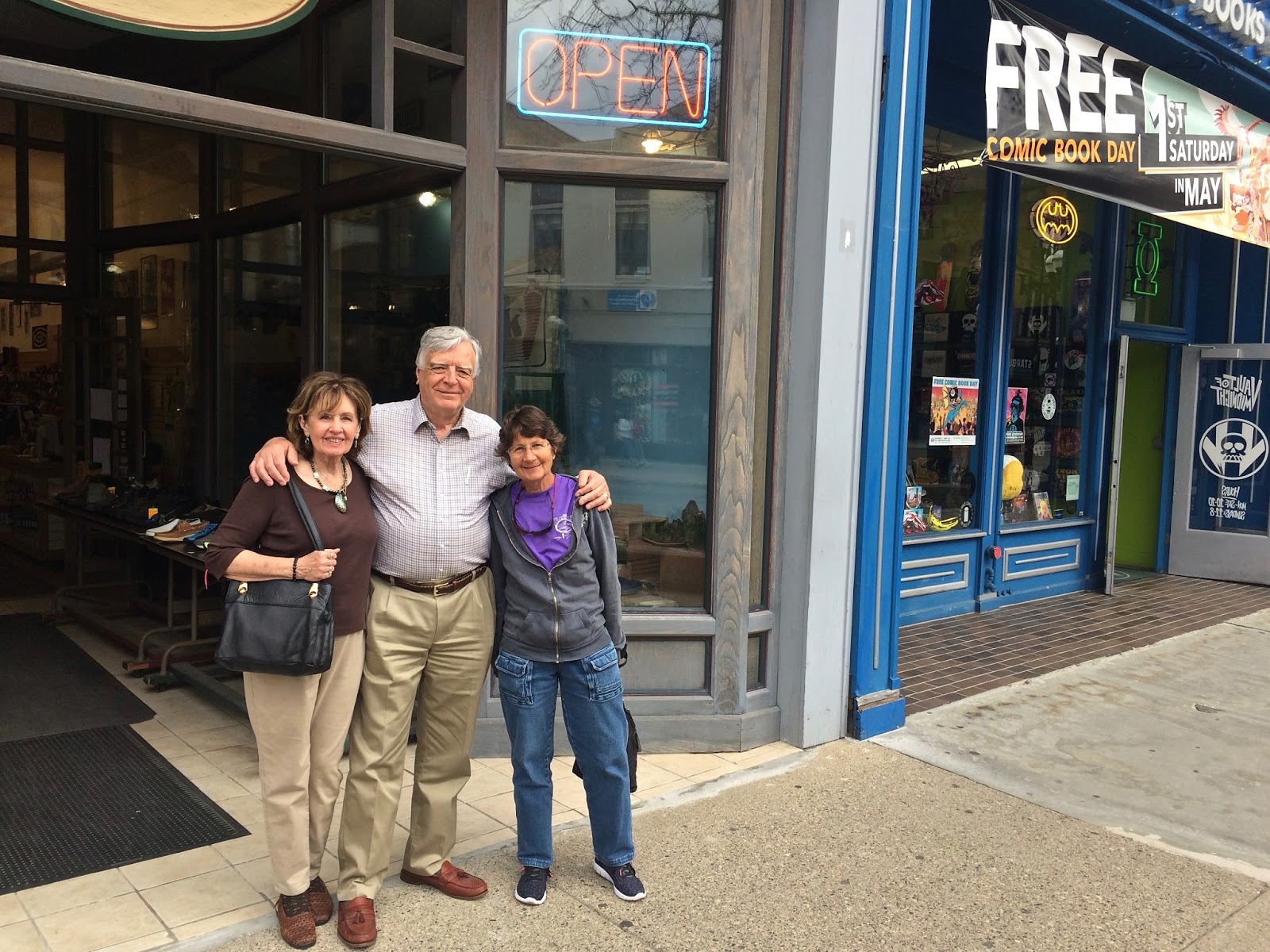 Perhaps the 10-year age differential played as much a role in our “separation” as our dissimilar interests and long distance…kind of an ongoing cultural “generation gap,” with different tastes in music and philosophies of life. 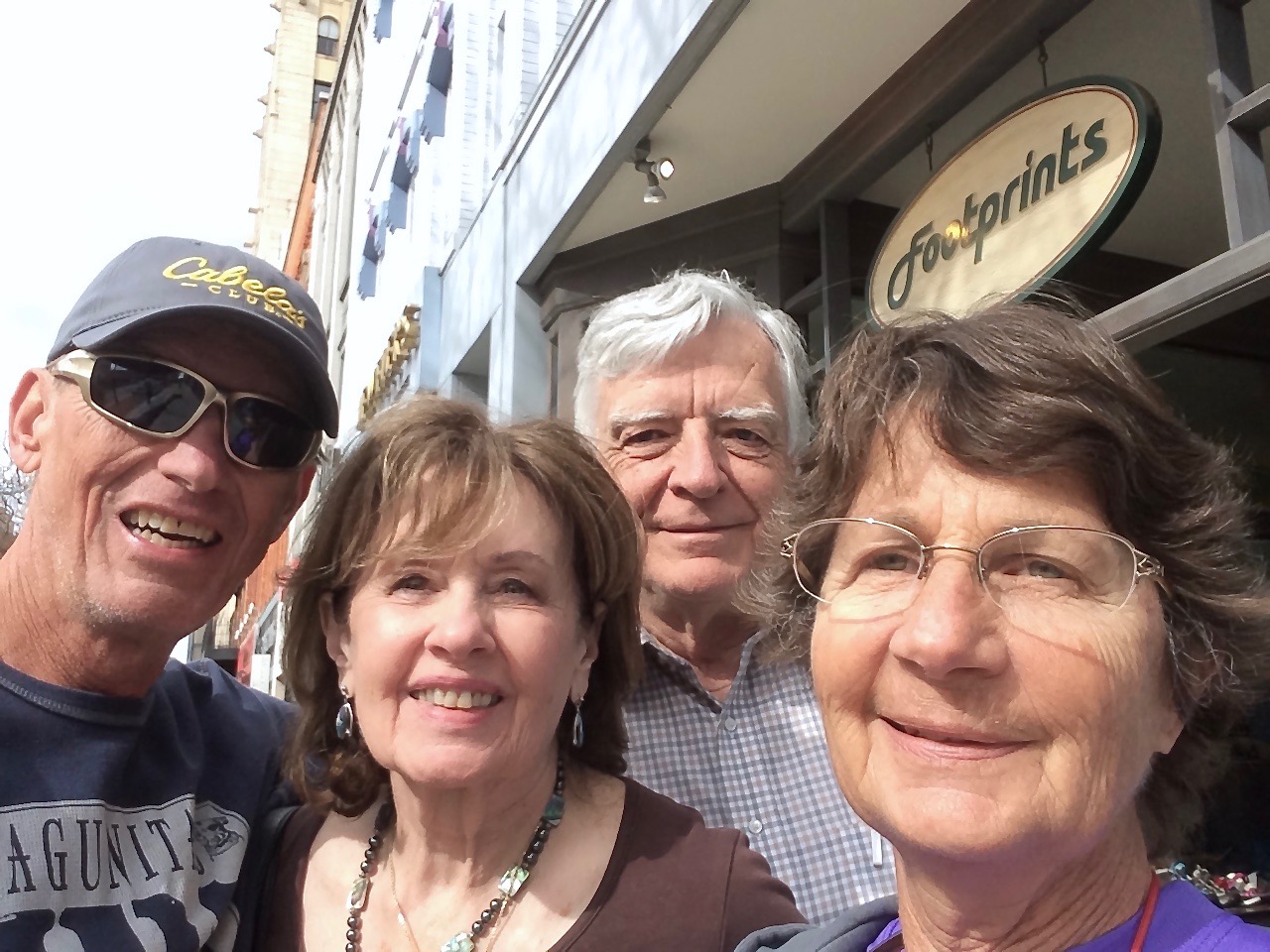 In the end, I find it strange—that even though "heredity and environment" dealt Dan and I similar “hands” (and feet😜),  some “wildcard” came along and sent us in opposite directions. Dan followed his mind, taking on intellectual challenges in "academia" and university administration. While I followed my heart west to mountains to take on the outdoors and "summits" of a different kind.
Stranger yet, is how such opposite paths led us both “home.” 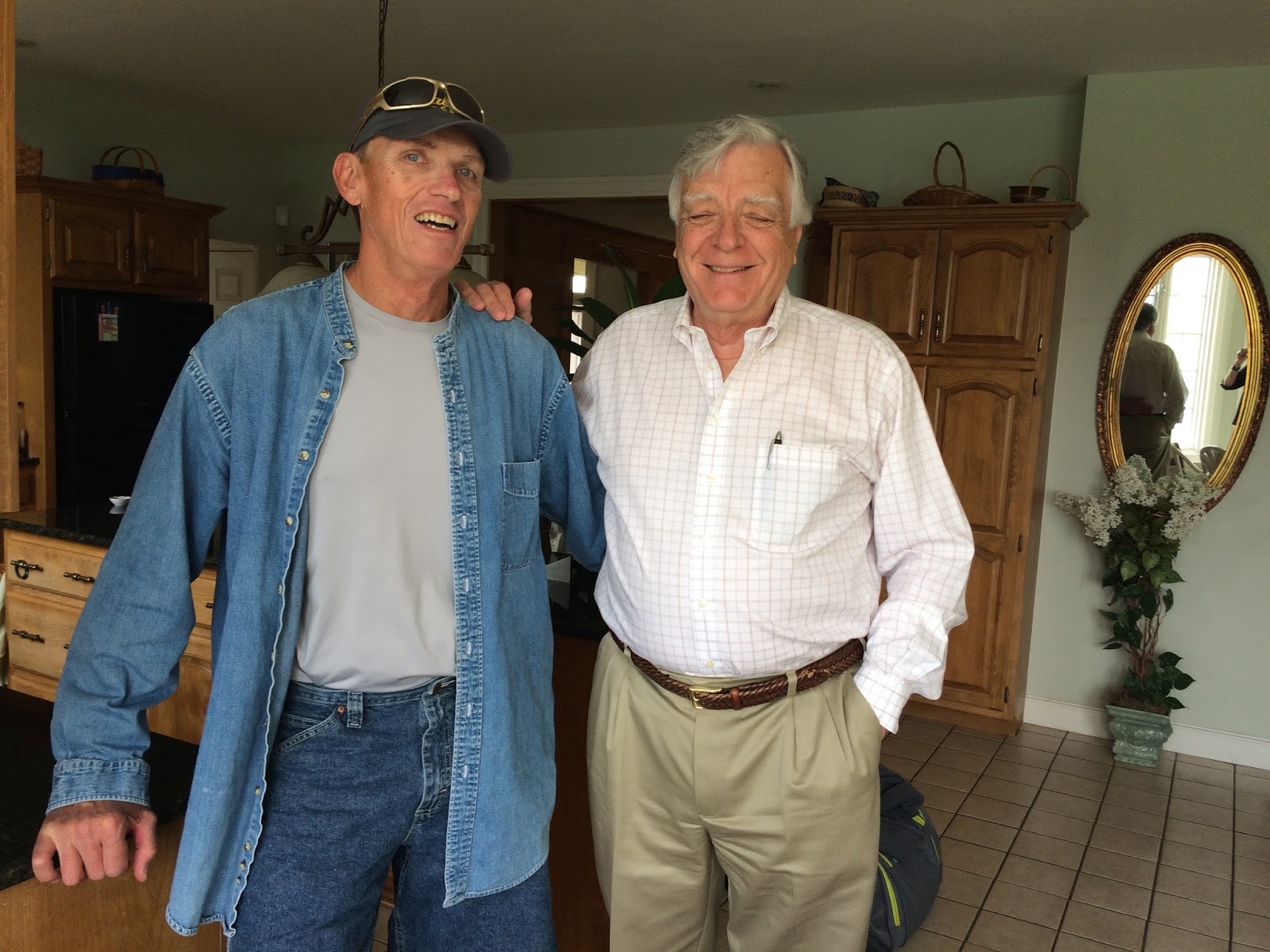 Finding “home” is a lot like finding love. When you finally meet your "soul mate," everyplace else fails to hold your interest. 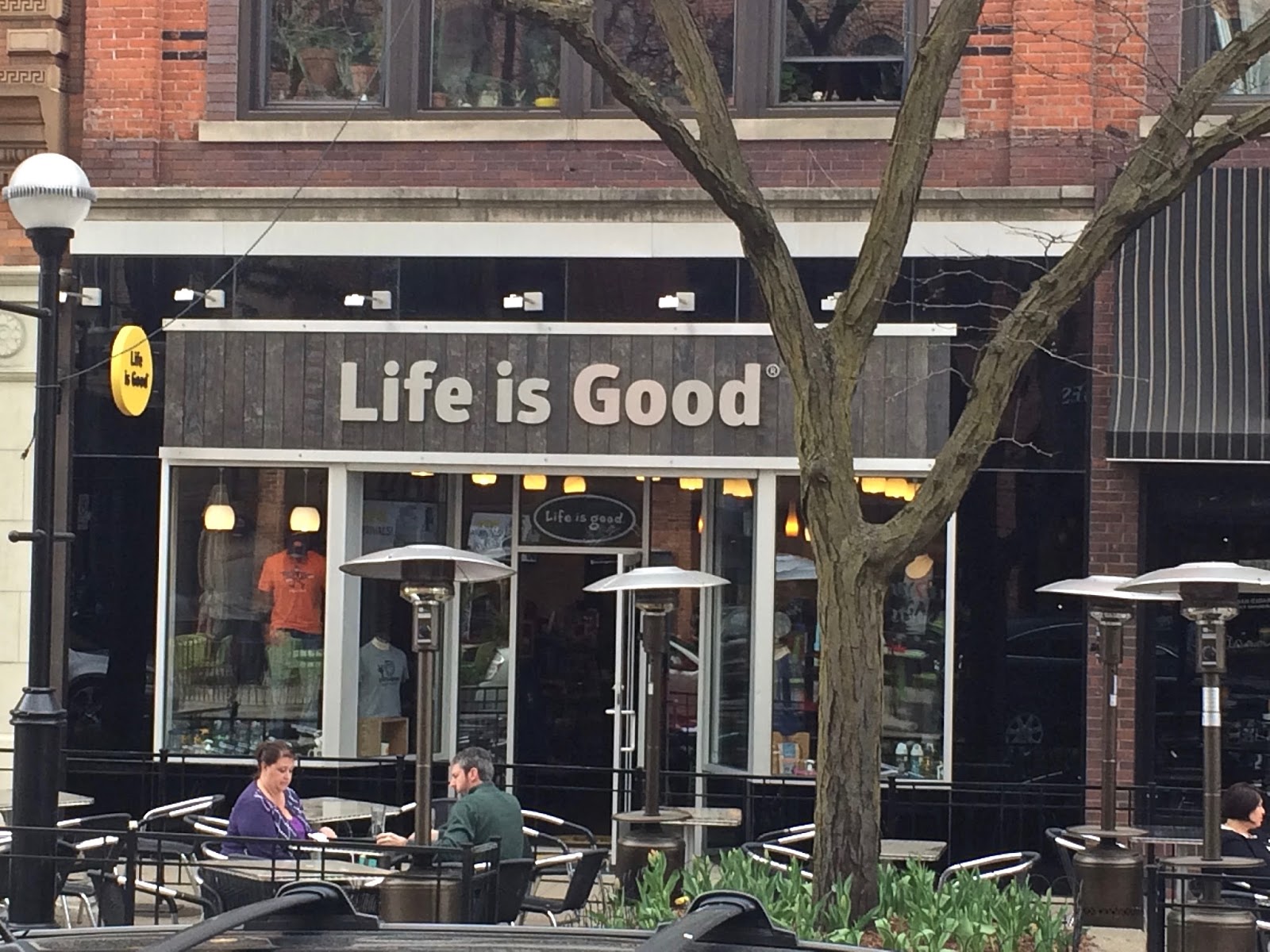 Indeed, we are both relatively healthy and still breathing so Life is Good. 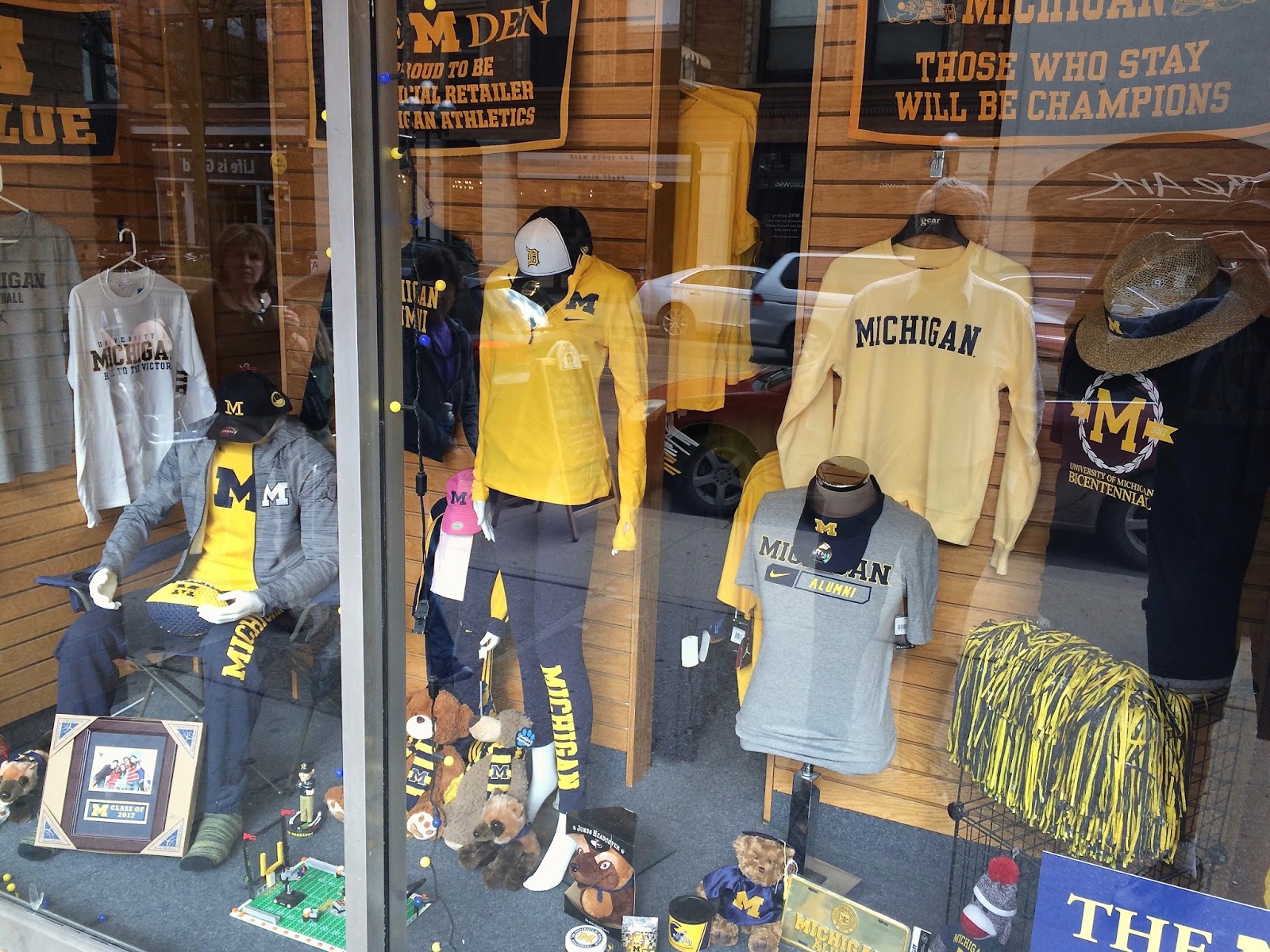 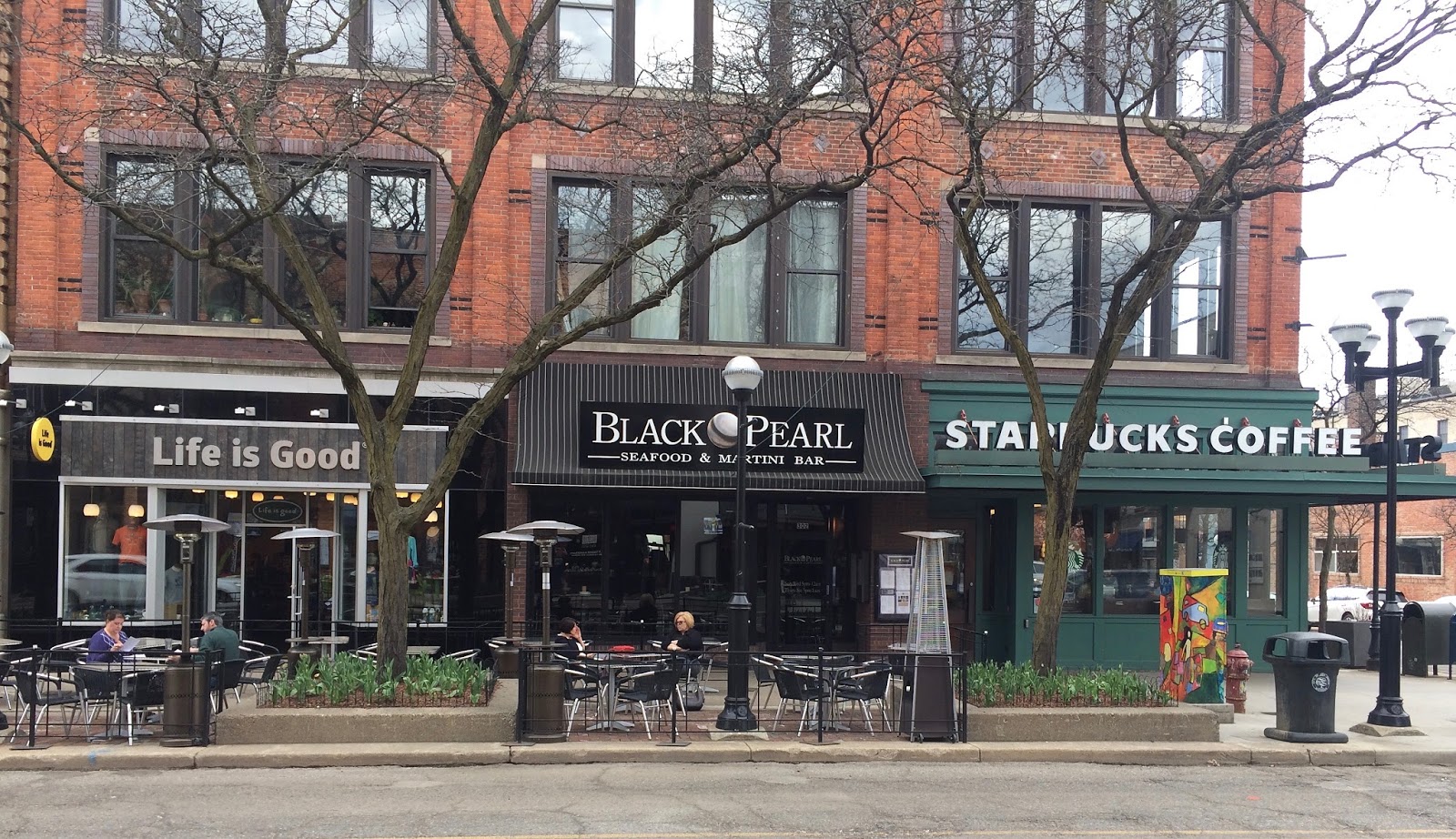 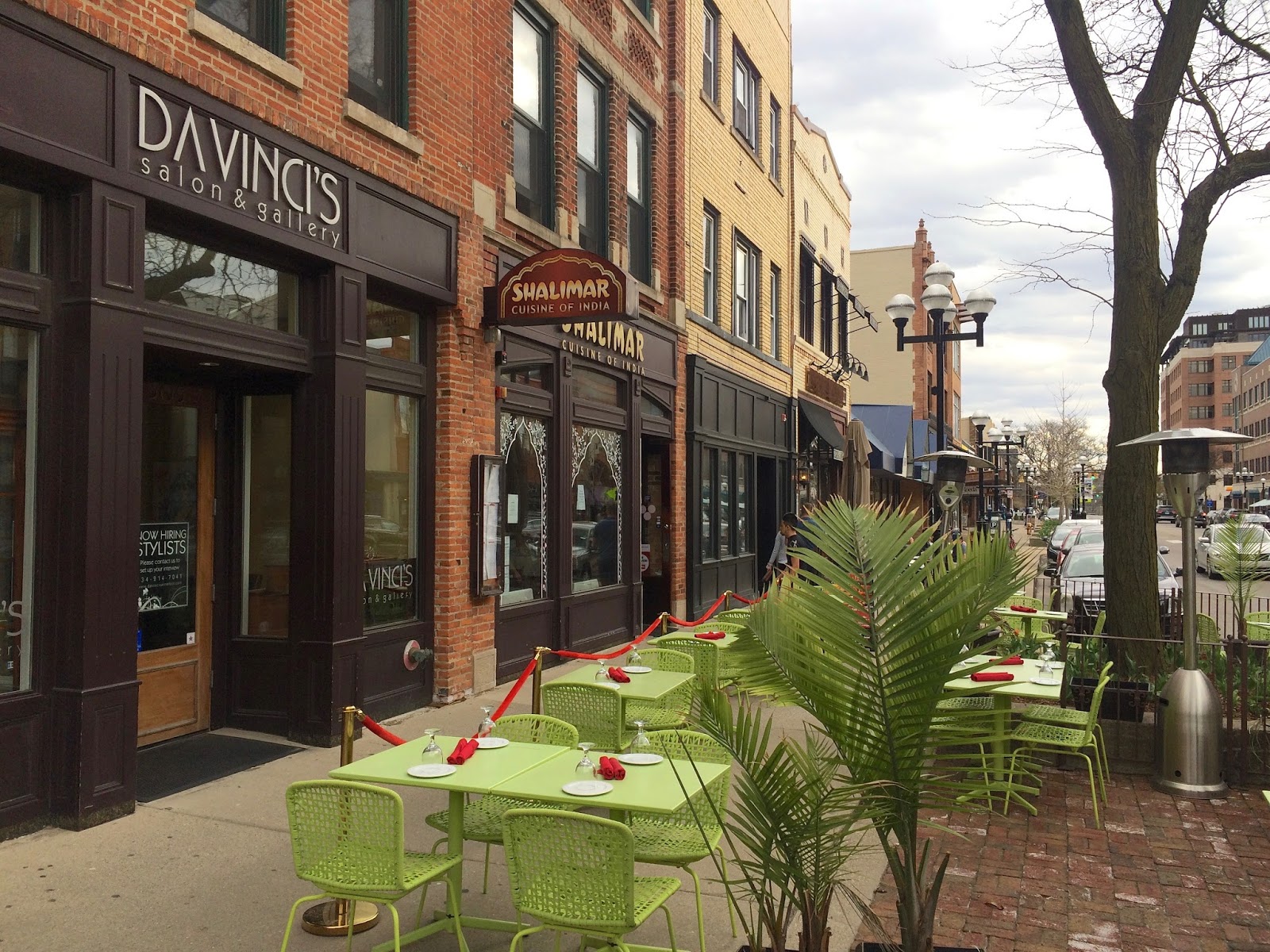 Bobbie and I tried to take a long walk every day. We found some nice riverside trails near Dan and Elaine's house, but it was weird trying to exercise at nearly sea level, with no hills. 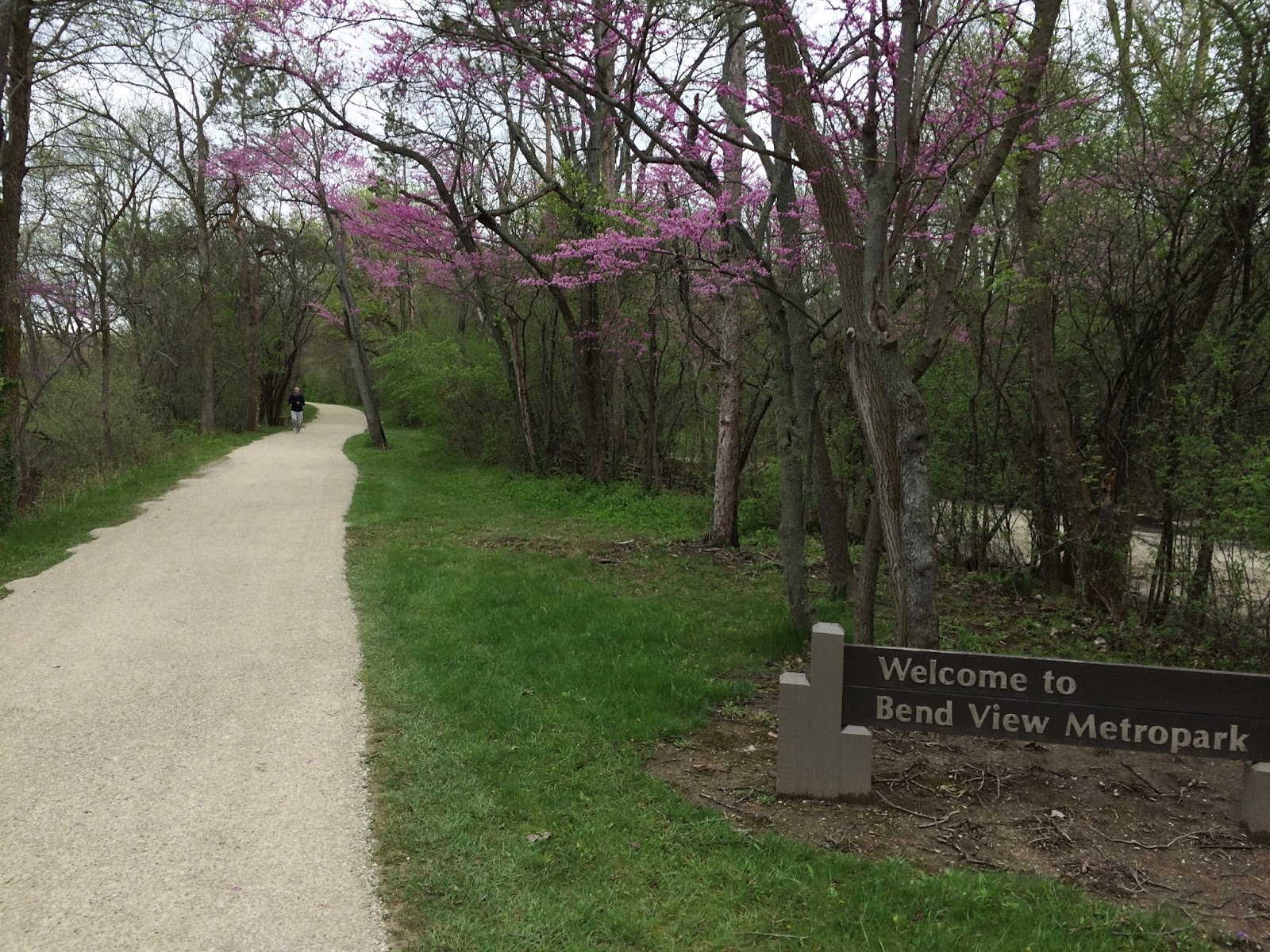 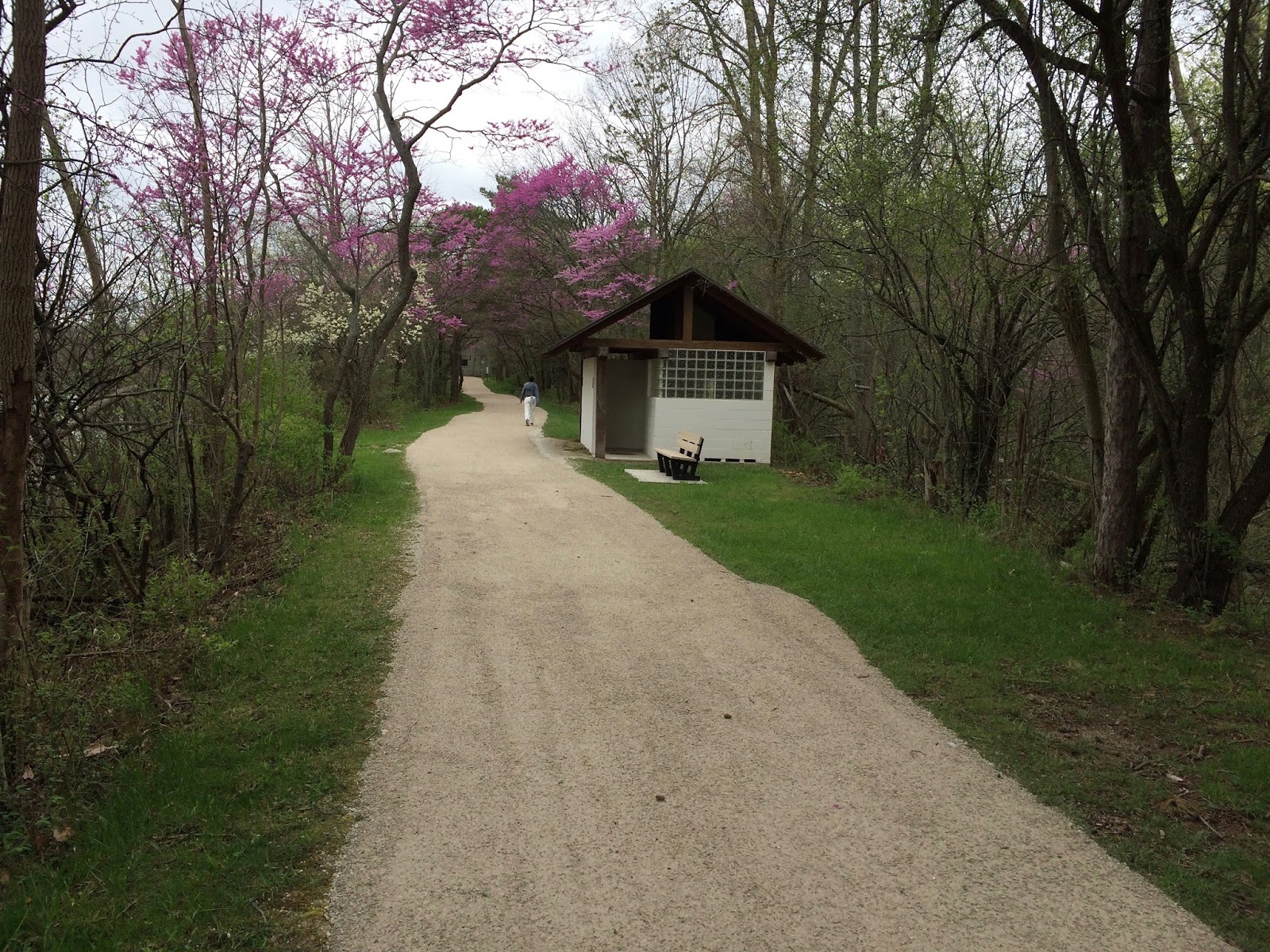 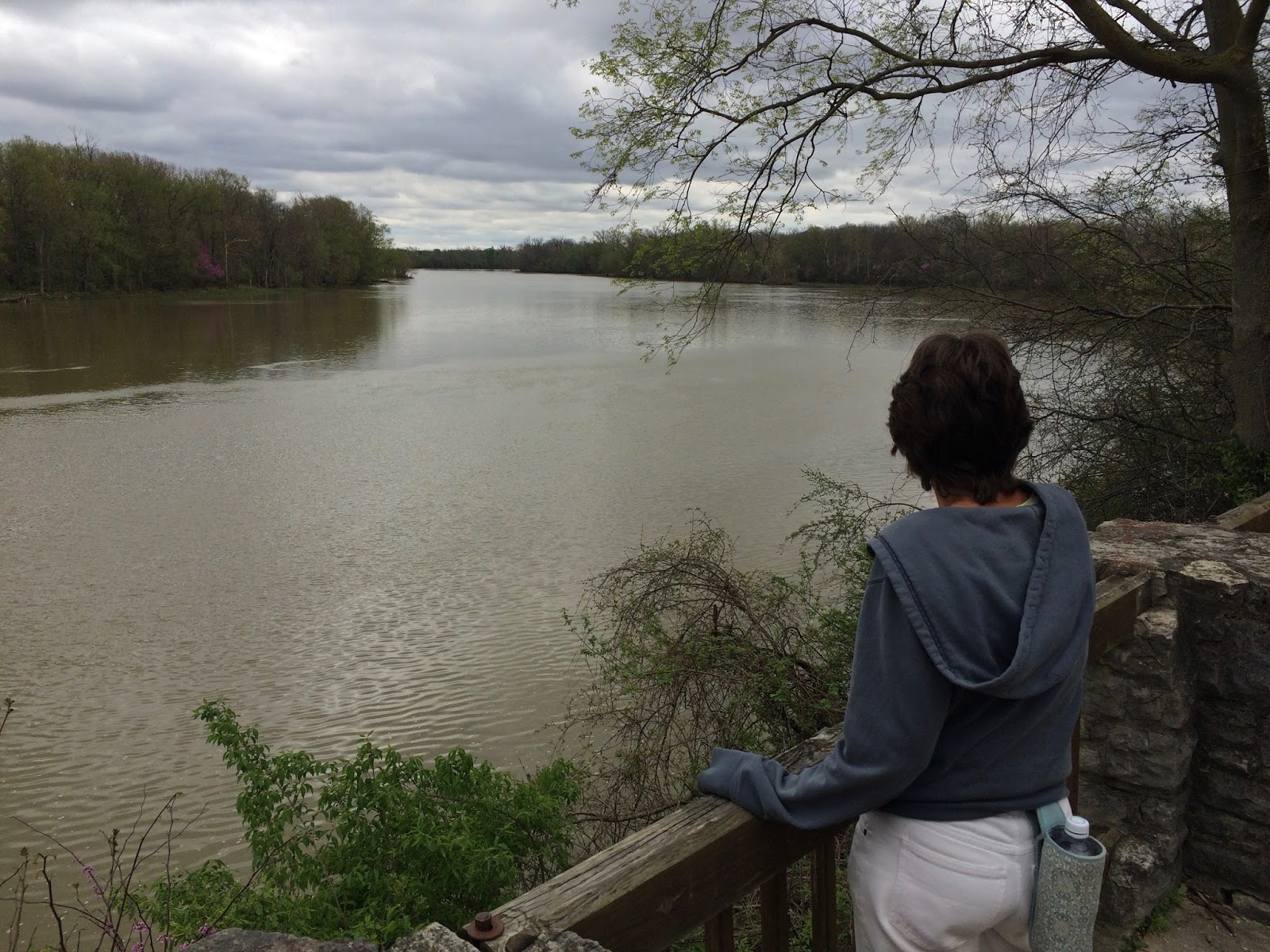 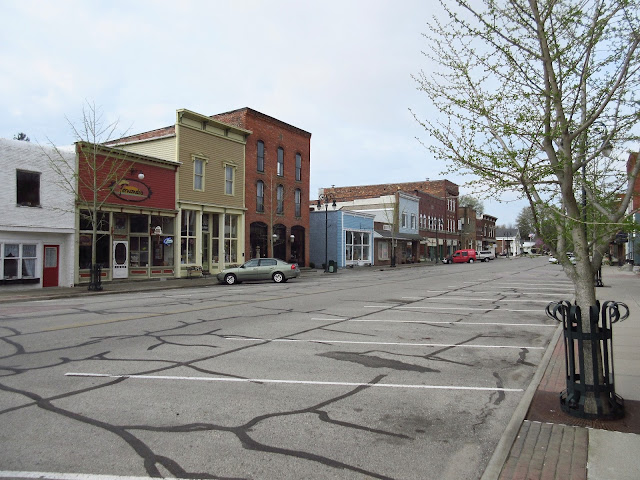 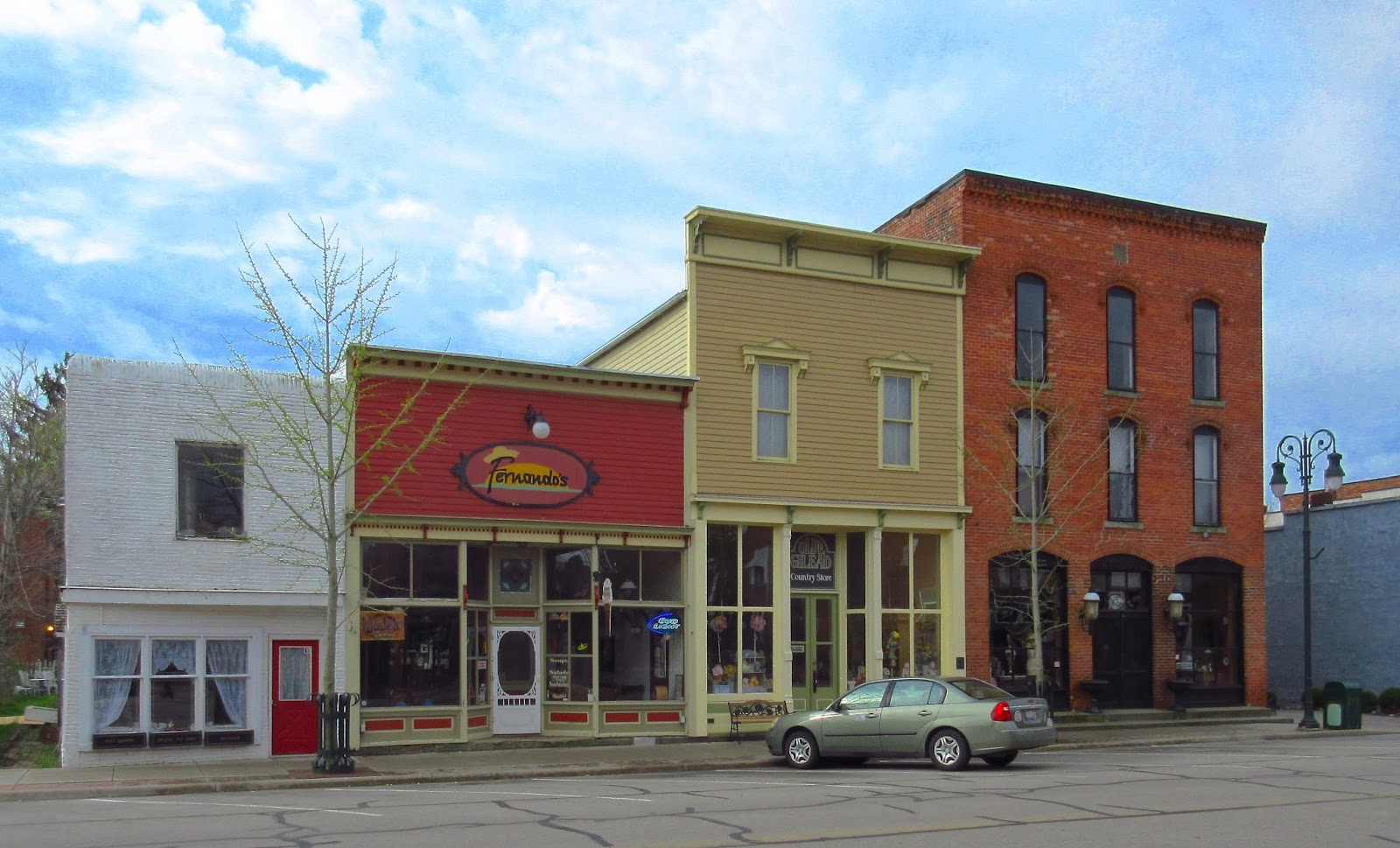 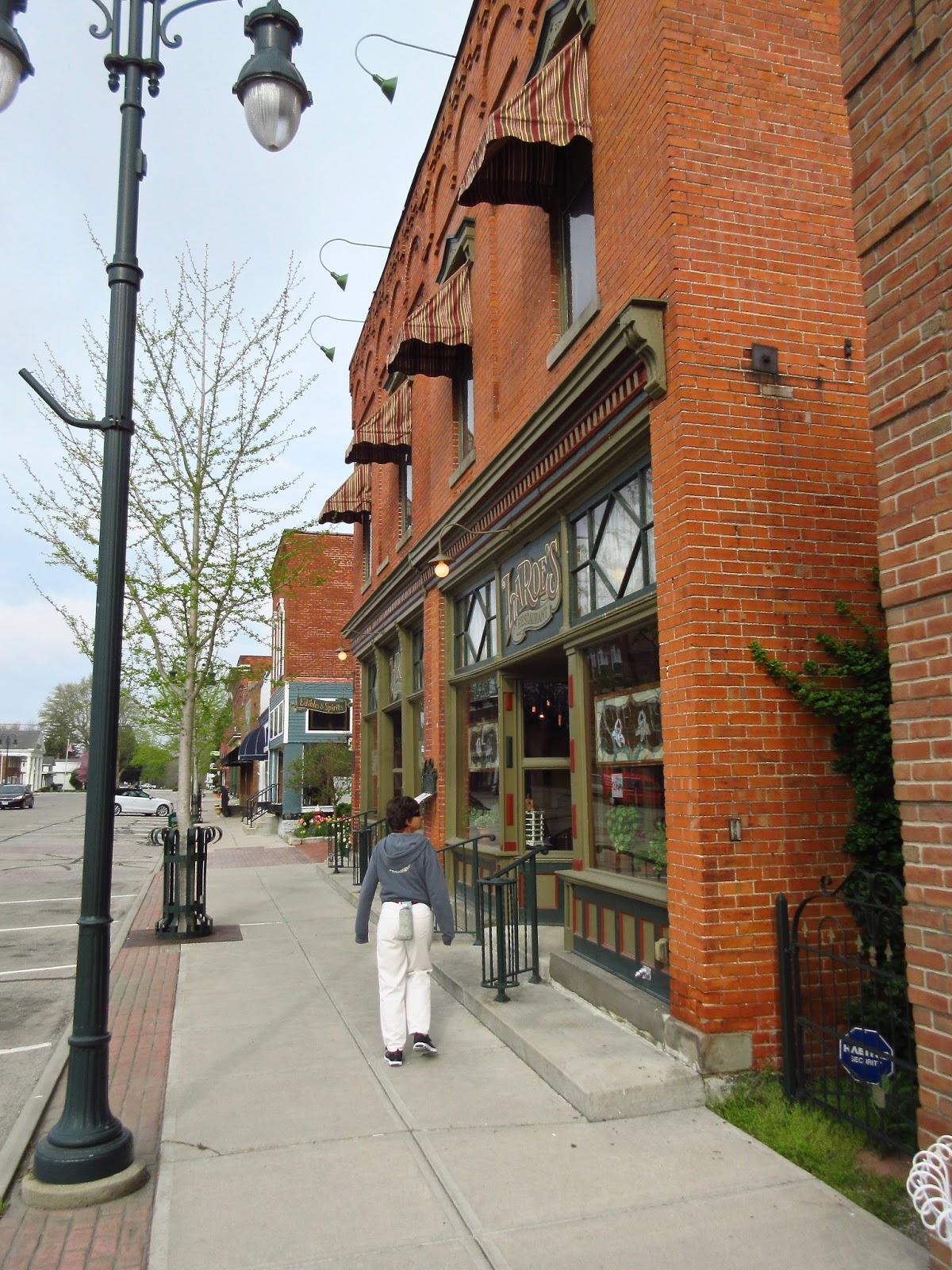 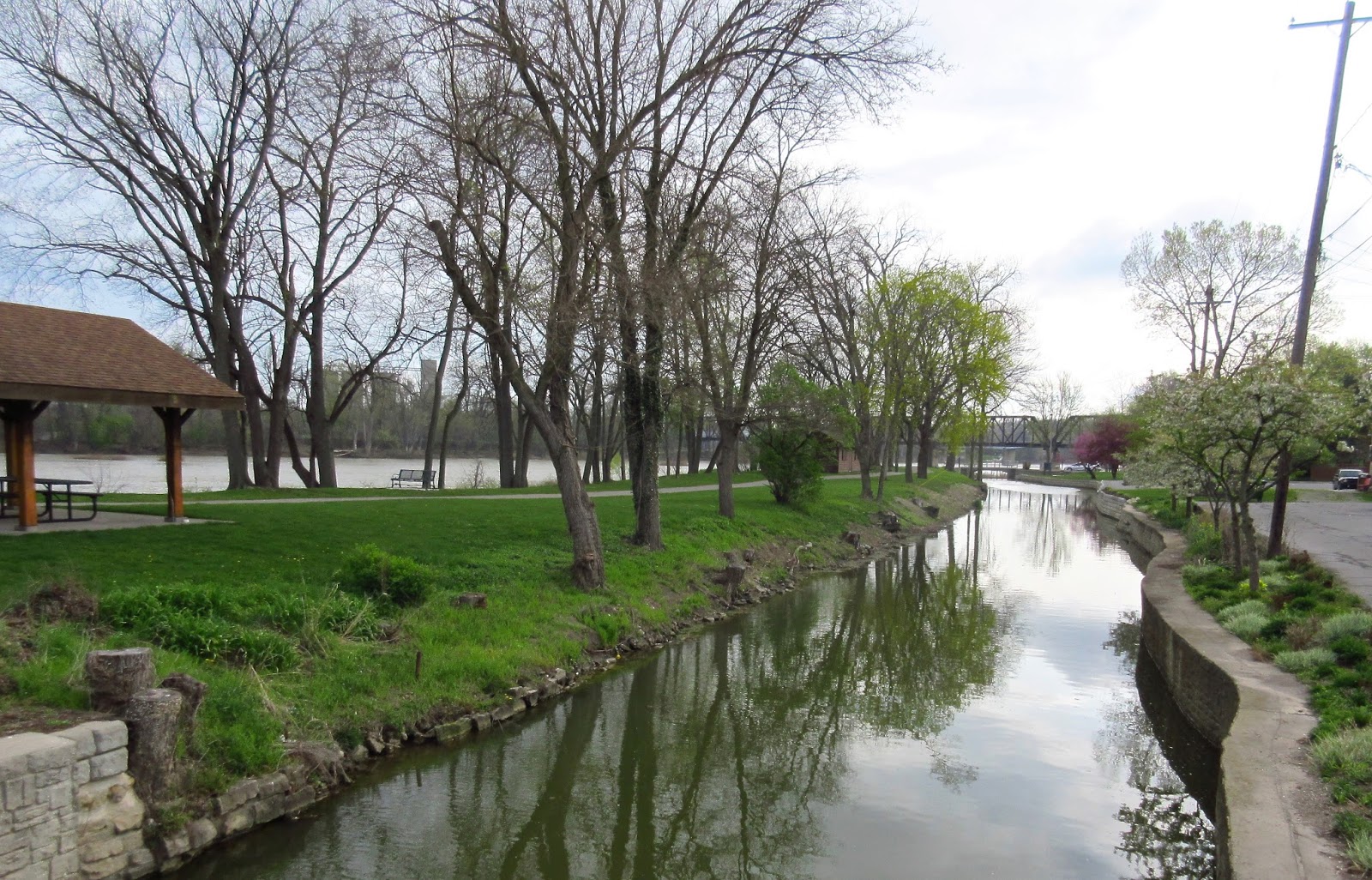 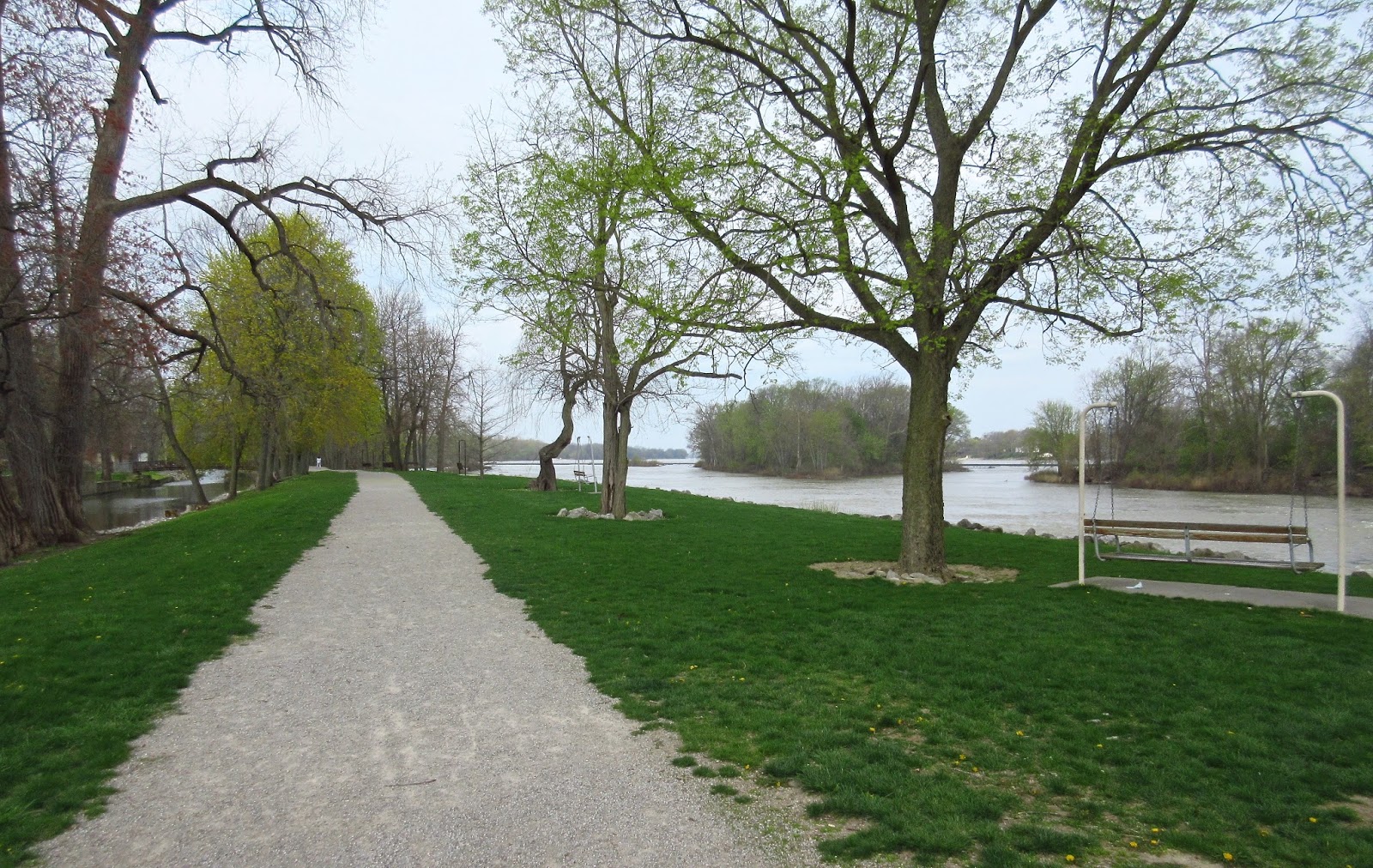 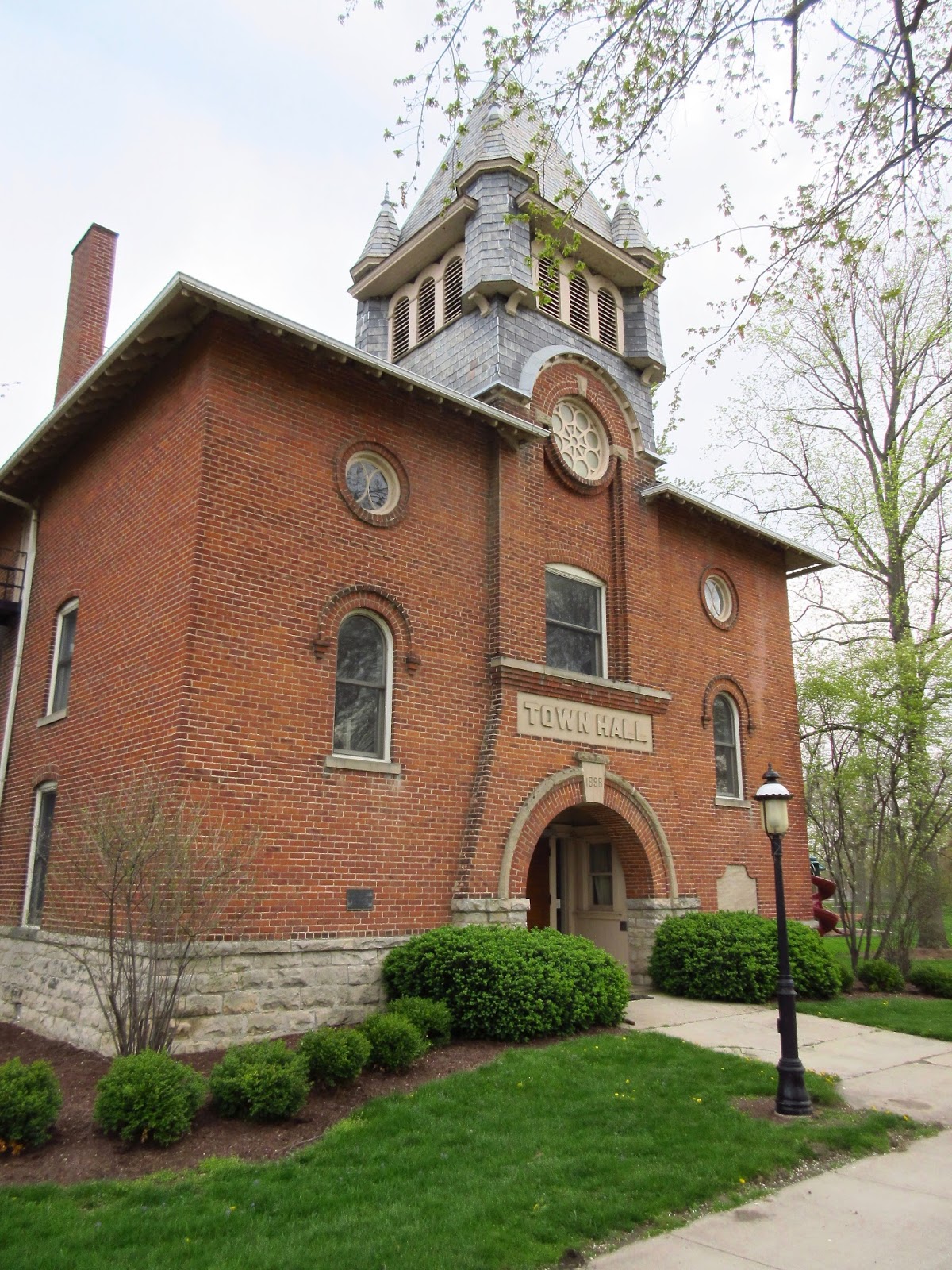 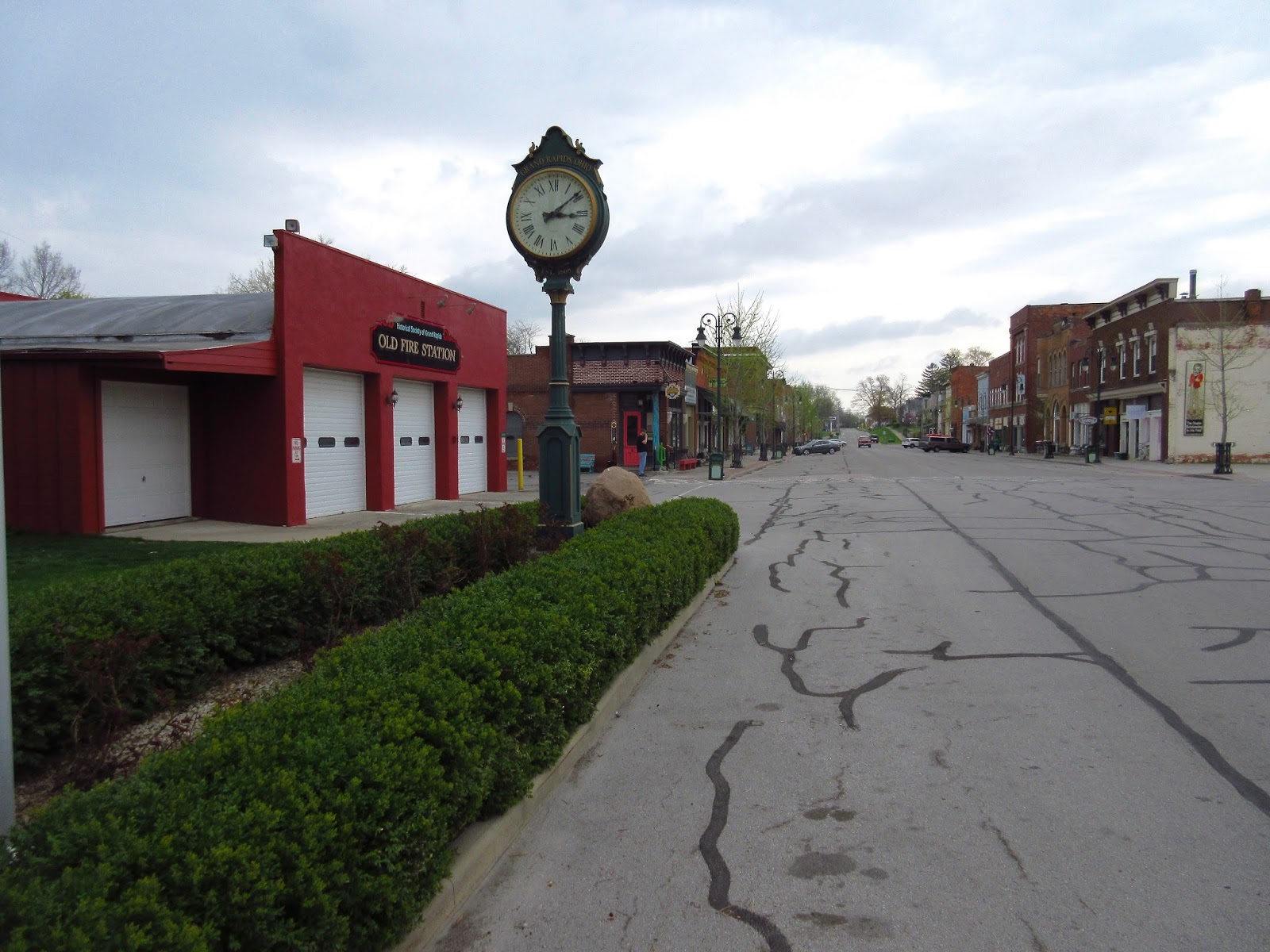 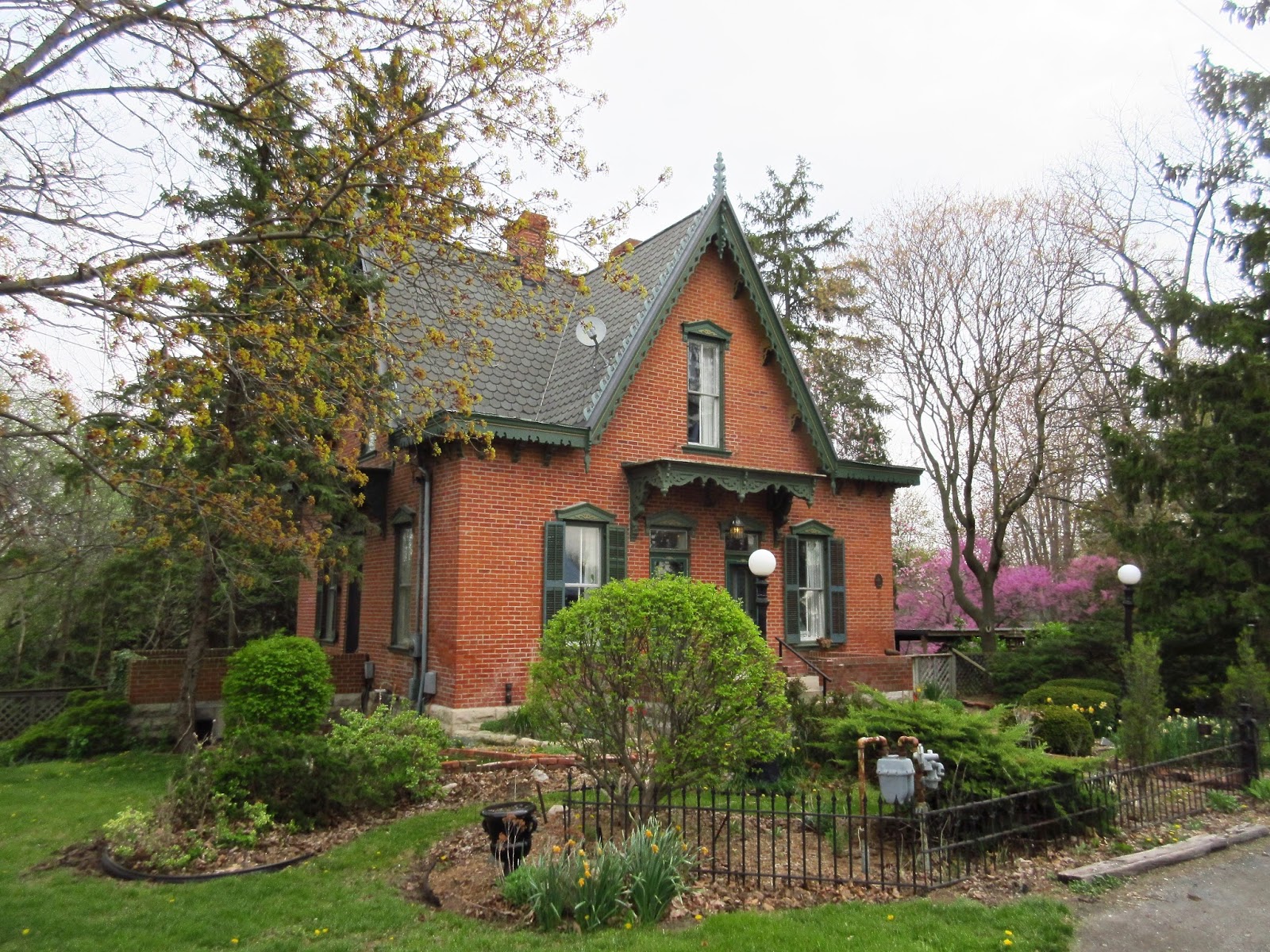 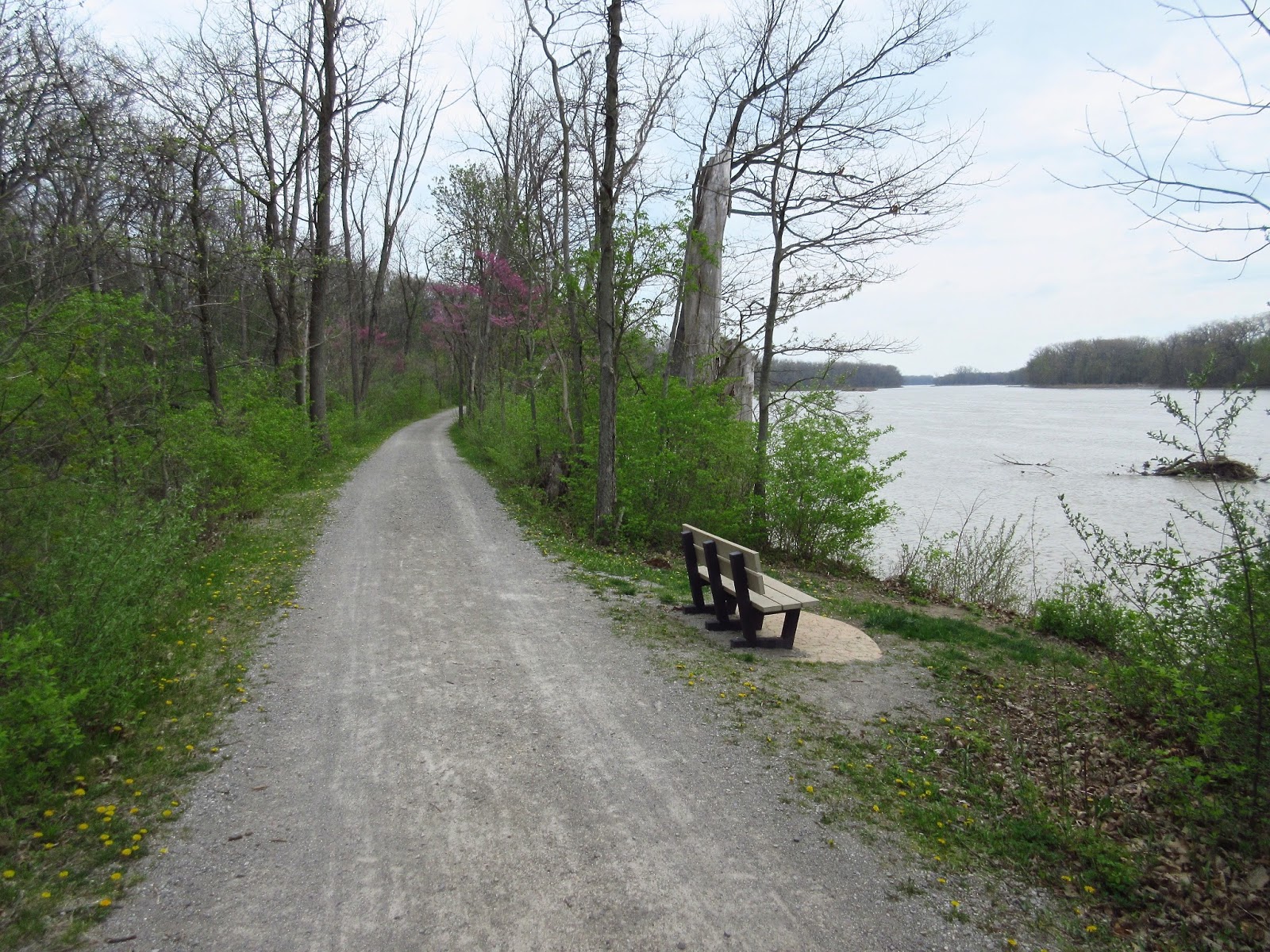 We also got to spend time with nephew, Darin, and wife Tracey, who recently moved to Toledo from Doylestown, Pa.. I love visiting them because Darin always has a couple of kegs in the beer-fridge, along with a few dozen bottles of craft brews.

They put on a grill-feast in their new back yard, and served up some flights so we could sample the "good stuff." In return, I helped him remove a big ole Jacuzzi tub from a bathroom slated for remodel. We made time for a "Jam session" one afternoon...Darin on guitar, me on keyboards. It felt good to rock out again. 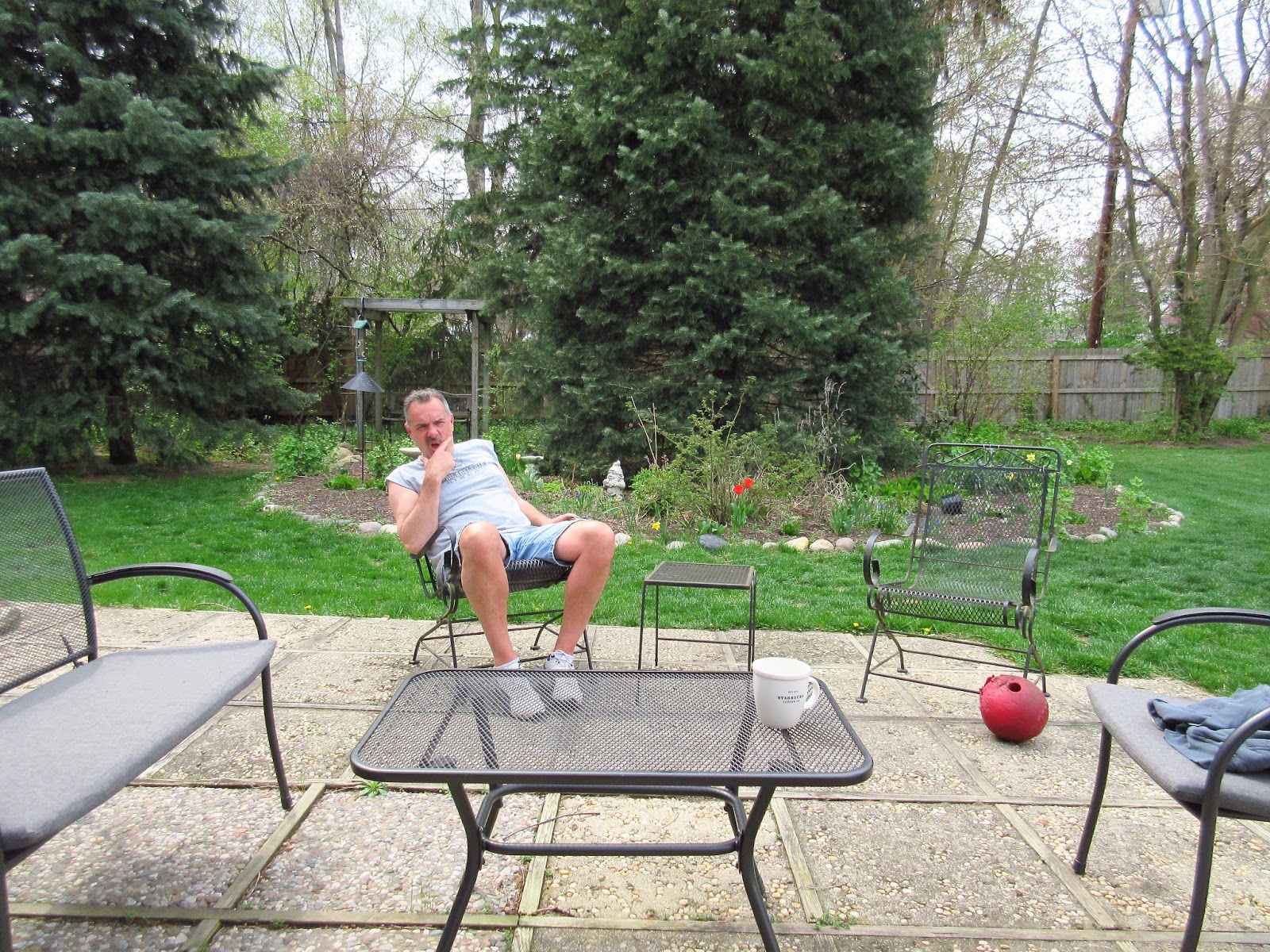 Posted by Box Canyon Blog.com at 9:04 AM