I will try not to go into detail about the past couple of shitty weeks. If there's one thing worse than having "Shitty Weeks," it would be reliving them. Please, don't make me do that...

I'm told to expect more shitty weeks, but that they will be "less" shitty over time—a glass half full caveat if I ever heard one. Unless we're talking the "Arts" here, I'm not sure how to interpret how "more" can be "less." But I, being the Crash Test Dummy, will be sure to let you know.

Warning: Recent events have put an "edge" on my views concerning "religion" and patience, not to mention my philosophical world view. People in white coats and scrubs say that this is normal and temporary. Until "temporary" arrives, however—for your own personal safety—I would advise you not to whine in my presence about how painful your paper-cut is, or any other such minor boo boo.

Even though I have been incommunicado, I appreciate all the good cheer and support from the faithful. I suppose I should have posted something, but, honestly? I was too ill to even give a shit about anything. Sorry, drugs talking...

I believe this to be a fair statement: Post hernia surgery, just about every that could go wrong, went wrong…starting with post Op bleeding in my abdomen/groin. Because my BCB photo timeline seldom matches the real timeline there is some understandable confusion out there about when I was doing what. Trust me…I didn't do anything strenuous following surgery.

"Shit Happens!" Why else would there be so many bumper stickers stating the obvious? I've always known "the mountain doesn't care" and lived with it. Way down deep, though, I kinda hoped the Universe did care, at least a little bit…at least when it came to kids and old people. I'd like to believe that "you reap what you sow." If only half true it could be such a better and more just world, where the Bad Guys get what's coming to them and the the Good Guys ride off into the sunset. But, like the old farmer says, "Wishing for a good crop doesn't put one seed in the ground, nor does it stop a hail storm just before harvest." It rains on the just and the unjust.

Lately, based on my experience, I've almost come to believe that the "Universe" actually favors the "unjust." I look around and see what "they" get away with…how they treat their bodies, smoke, ignore exercise, drink to excess, etc., etc.. All that clean living I've been counting on to get me through the fun years of retirement only counts for naught. The sooner/younger one grasps and accepts that "Shit Happens," the sooner they can quit whining and wasting time at the "alter" doing pointless penance to protect themselves from falling "objects."

Anyway, brushing the philosophical shit to the side where it belongs...pain and distention from abdominal bleeding maxed out Saturday evening, three days after surgery. To say that it was "uncomfortable" is an understatement. It would take a minimum of four expletives to do it justice.  Finally, when I could no longer pee, with my bladder stretched three times beyond its rated "maximum capacity," a water-balloon just short of bursting, I gave in and called the ER in Montrose, a 45 minute drive, FYI.

It was 1:05 AM, and I was told by the on duty Doc to try and make it till Sunday morning, you know, when "staff" would be present to run proper tests and such. The only thing he could do for me in the meantime would be to insert a catheter. I had visions of emergency surgery, a bucket brigade of docs and nurses bailing gallons of urine out my insides.

Those who can't pee eventually reach a foggy threshold where embarrassments go out the window. There comes a point where you'll sign anything, say anything, pay anything, do anything— including covert to Islam—in order to get relief, or in my case, be relieved by someone else, someone with a catheter. Note: She will likely be the youngest, cutest nurse on staff. It's just the way it goes.

Somehow I did make it through the night, and Bobbie drove me the ER Sunday morning. Gee, how nice of us to wait till Sunday morning; wouldn't want to cause anyone to get out of bed and go to work early just to avail themselves to the "suffering," you know, live up to the Hippocratic Oath they signed...so recently that the ink is still wet!

Once checked in, assigned a room, a nurse and Doc, I was asked what my pain level was on a scale of one to ten. "Ten," I replied, without missing a beat. A Doc young enough to be my grand daughter brought in an ultra sound and scoped my abdomen. "You have an extremely large bladder." No Shit Sherlock…
"I was promised a catheter," I moaned. It took twenty five more minutes...I guess they had to order it. It seems that the pressure and resulting distention from internal bleeding squeezes—to the point of closing off—one's urinary tract.

The good news was, my bladder had an outlet again. The bad news was, my pain level was still at ten and I had a tube hanging out of my penis. Morphine…then more morphine. No change. Oxycodone…then more Oxycodone. Nothing. Off to get an MRI. I was injected with some dye that made me feel warm all over. A few minutes later the doc showed up with a printout that reveled a large mass of blood/fluid pooled in my abdomen. I was bleeding internally…probably at the site of my recent hernia repair.

Since I had just resumed blood thinner medications prescribed for blood clot prevention post surgery, an Internal Medicine Doc ordered an IV bag of vitamin Kß—to counteract the thinner—and a transfusion of two units of plasma with clotting factors intact. Great. I signed the papers, hoping the Universe was too busy messing up someone else's life to seize this opportunity to further fuck with me.

Surgery to find and correct my hematoma was not a good option; too high a risk for infection. My body could/would deal with the blood by absorption, a longer but safer alternative than exploratory surgery. Thus began six days at the "Hotel Colorado." Those Eagles lyrics played through a haze of drugs and agony, "This could be Heaven or this could be Hell." 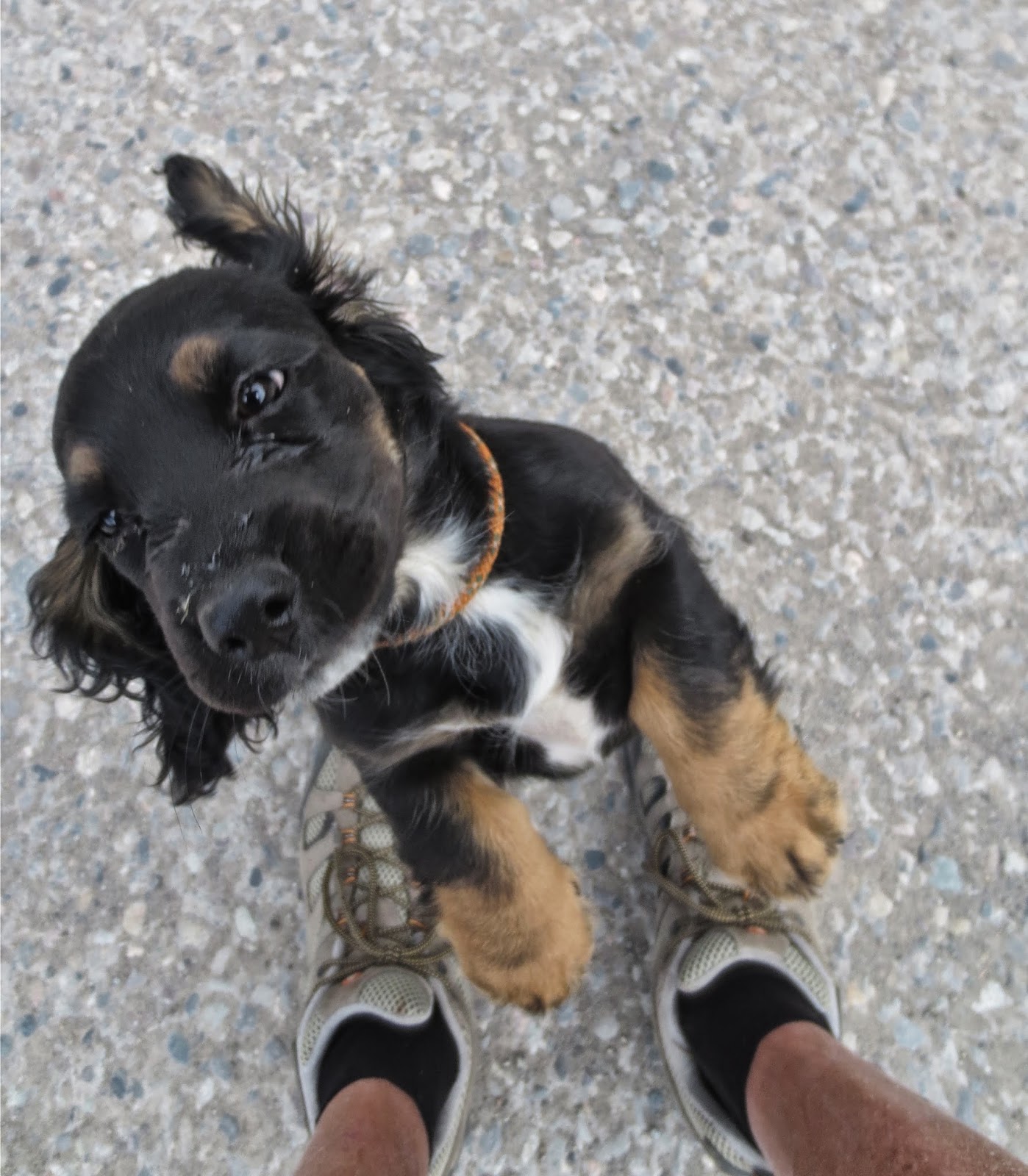 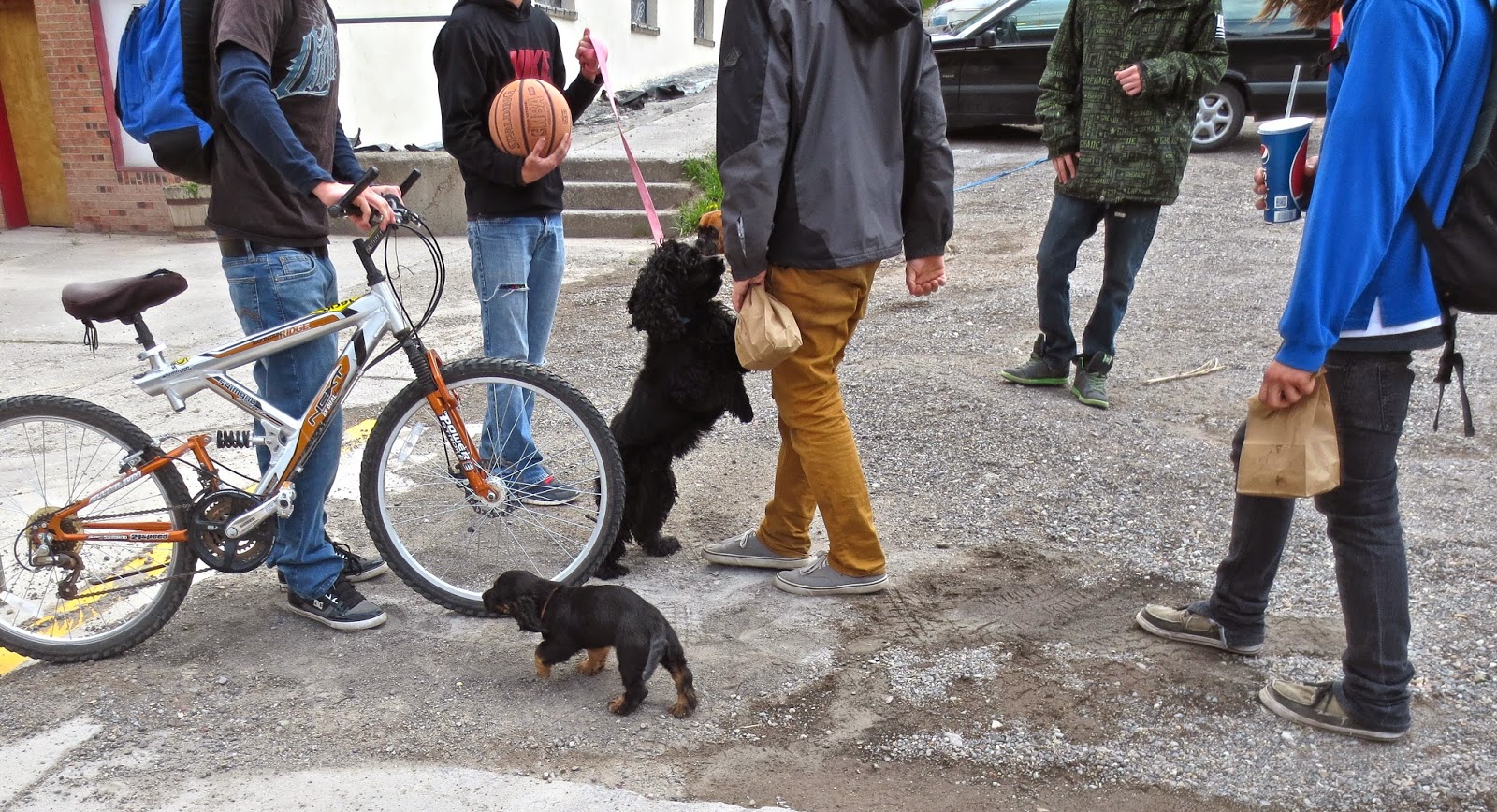 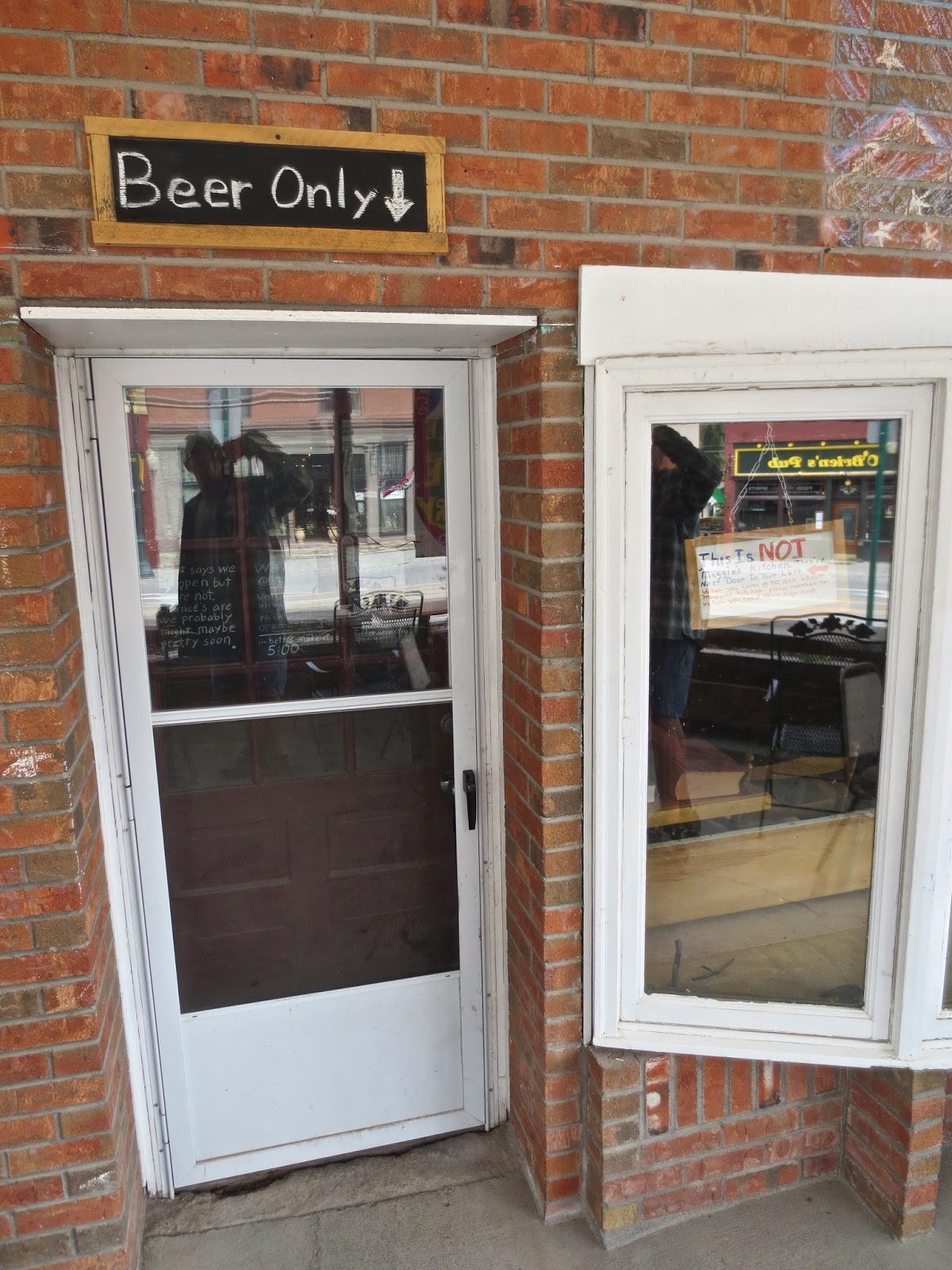 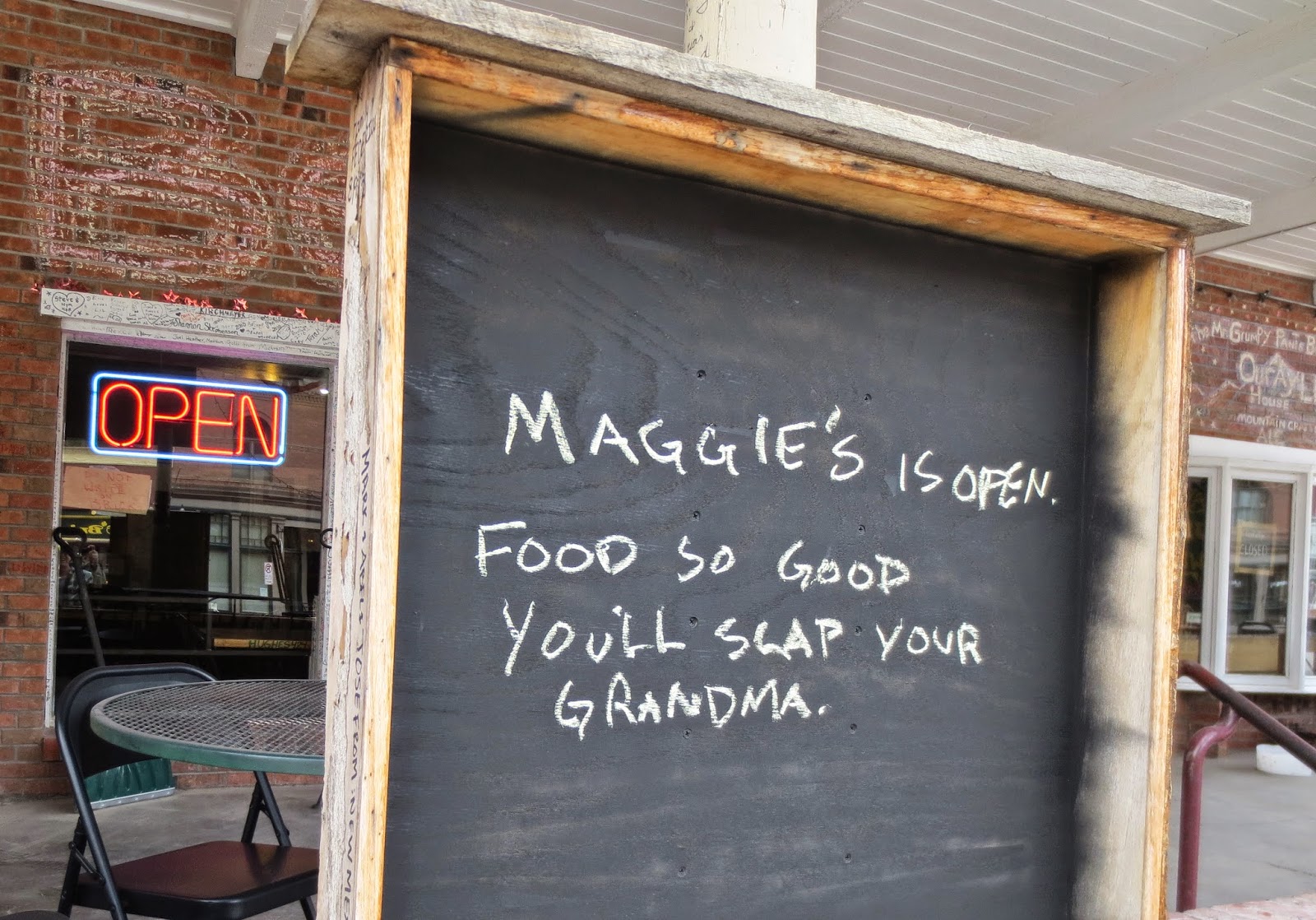 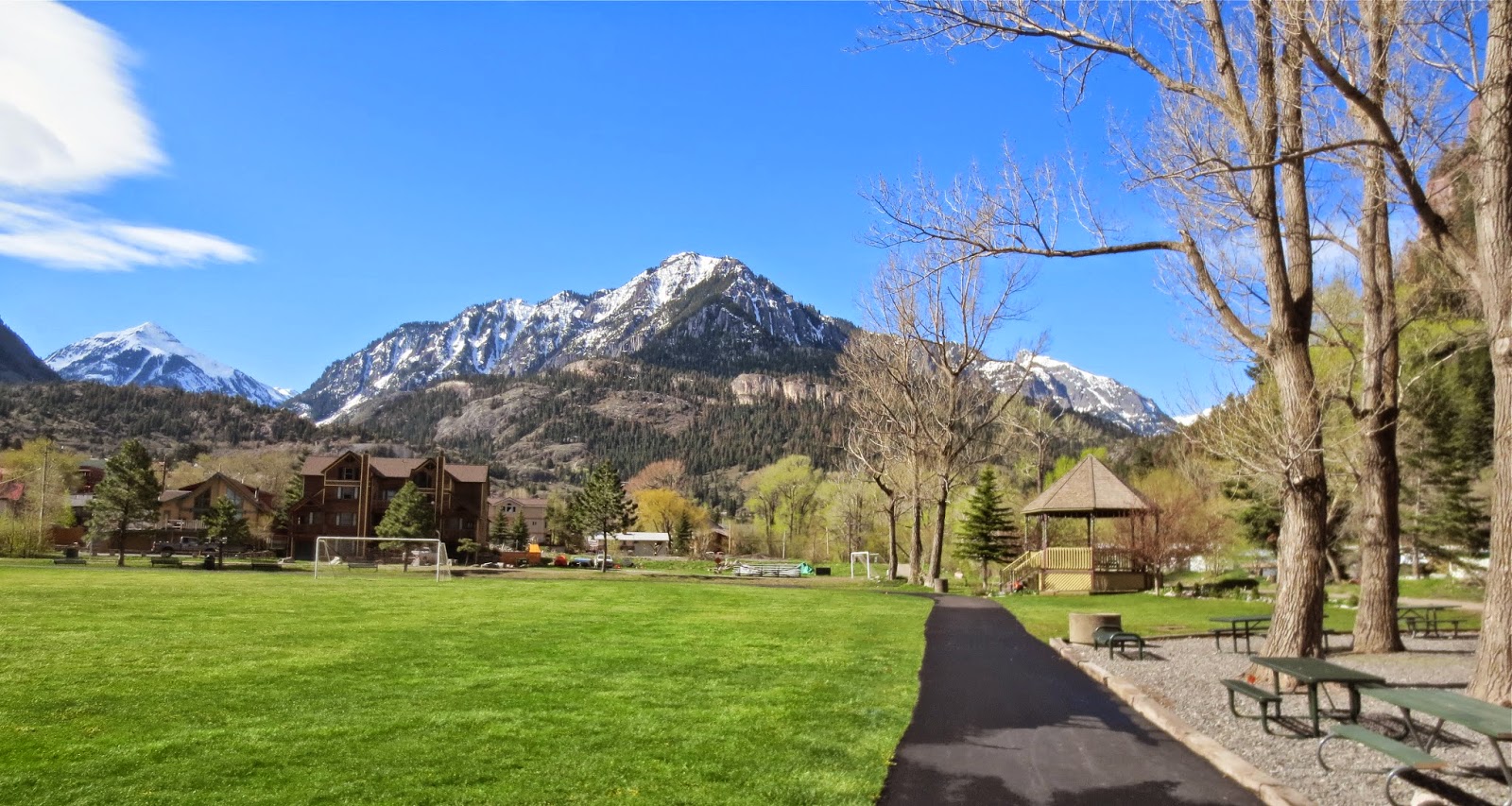 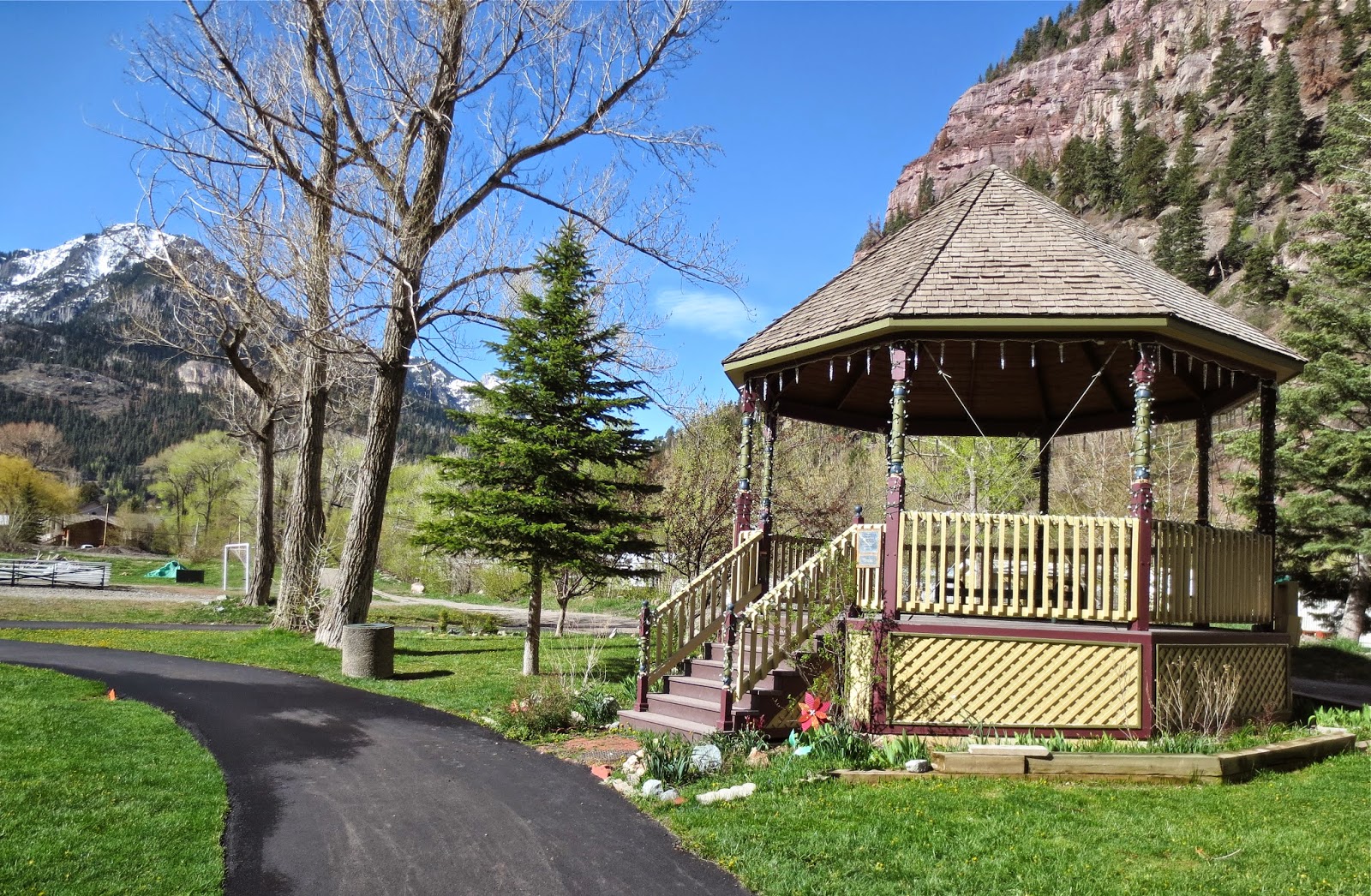 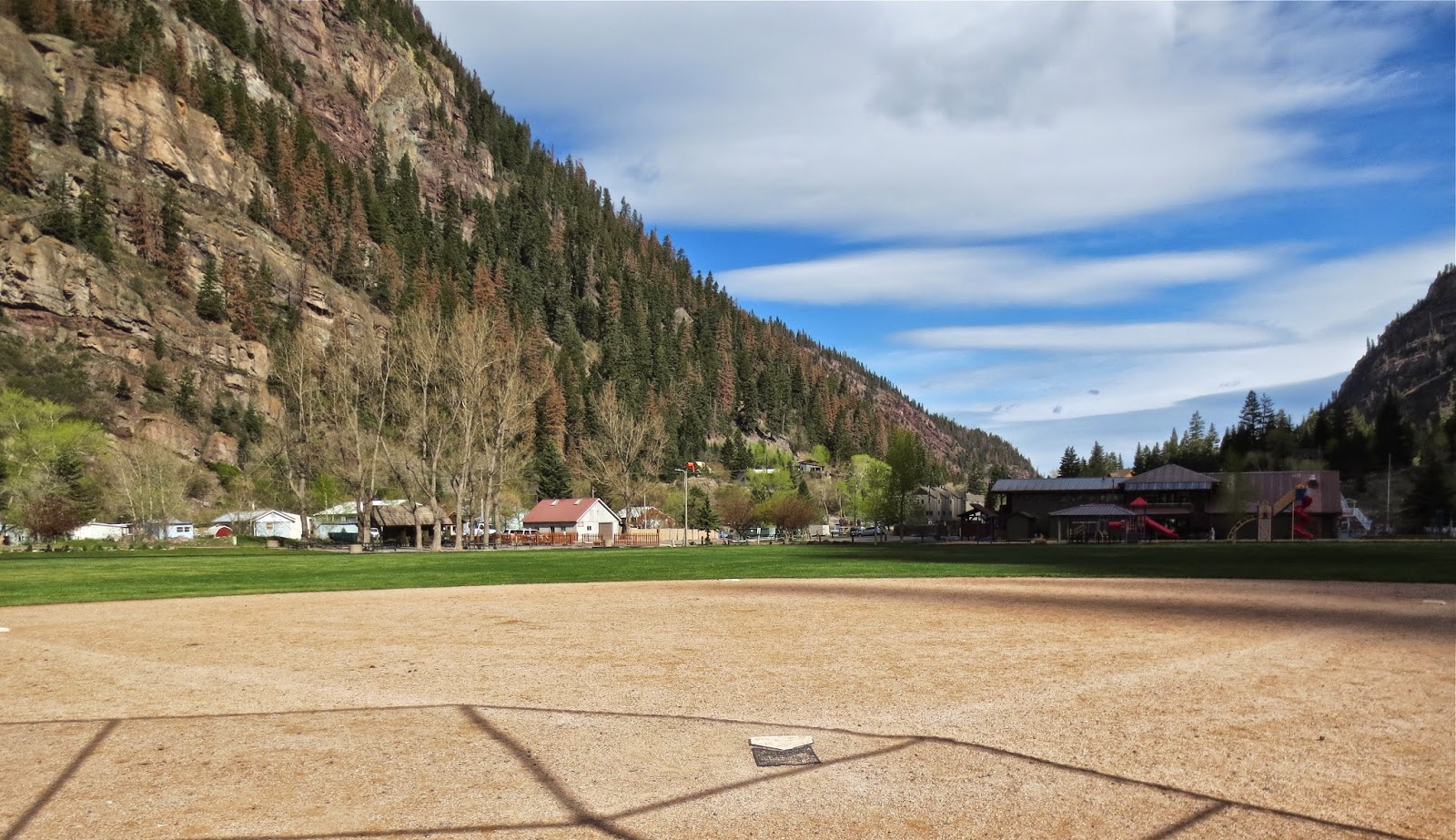 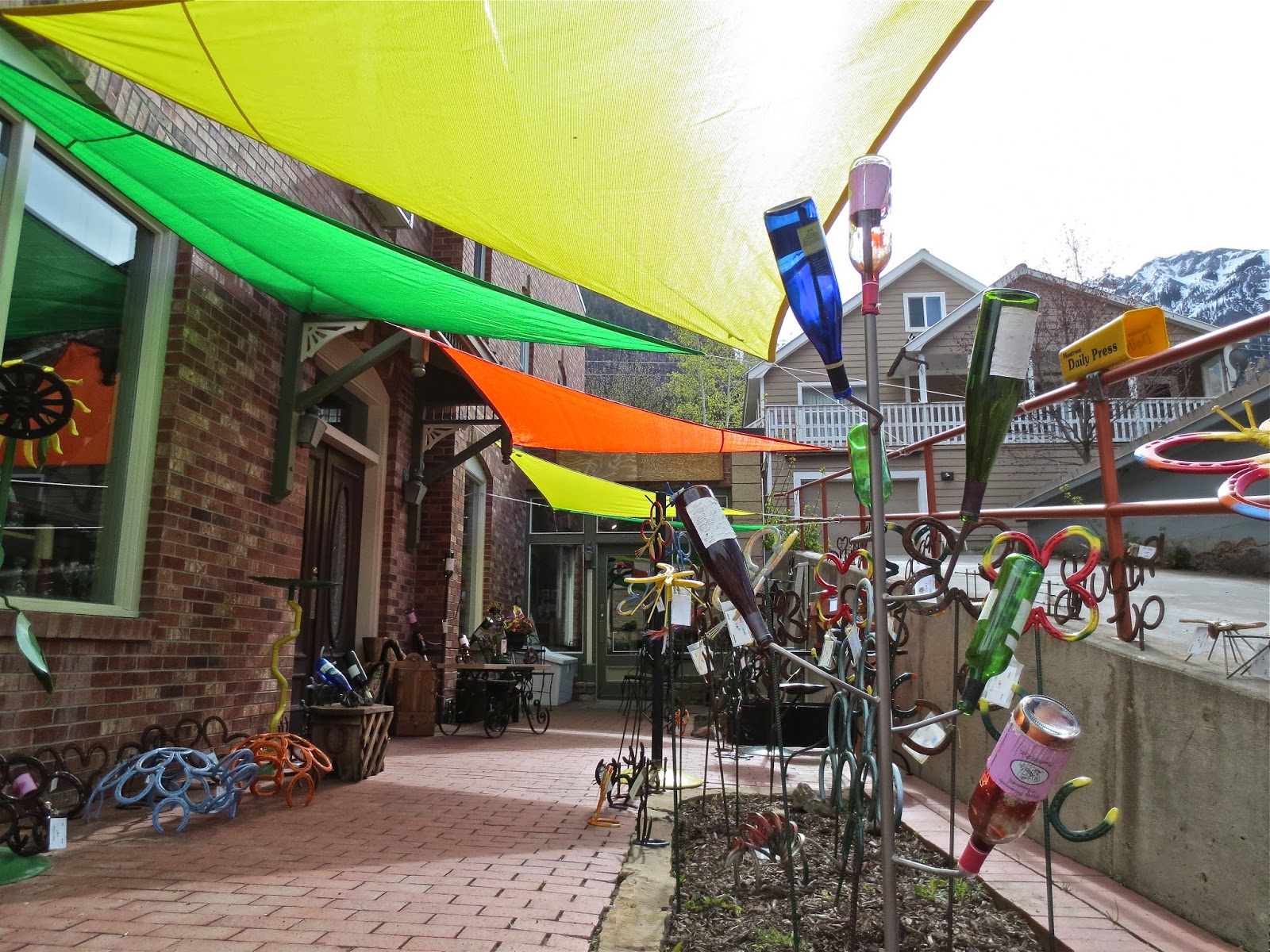 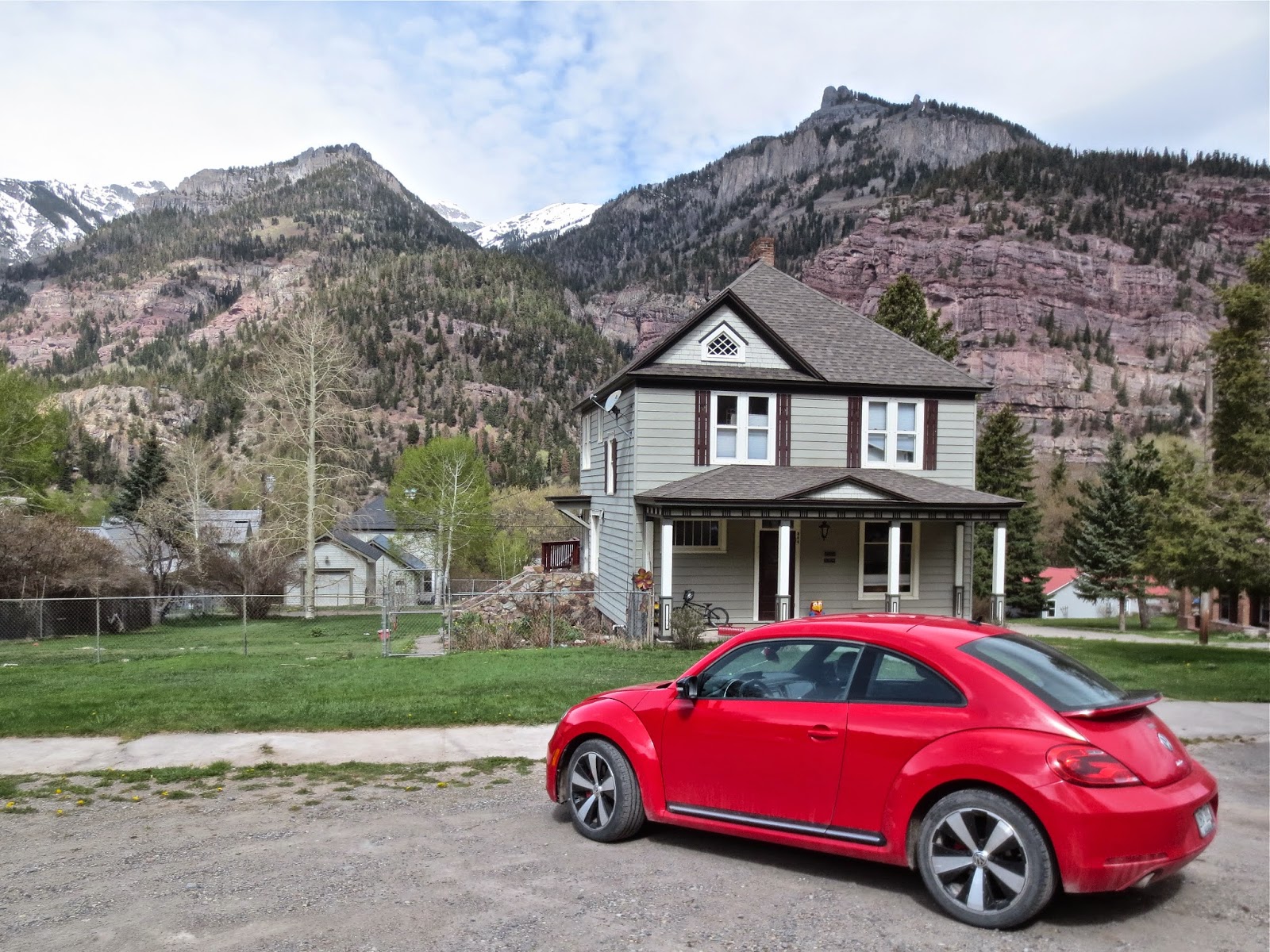 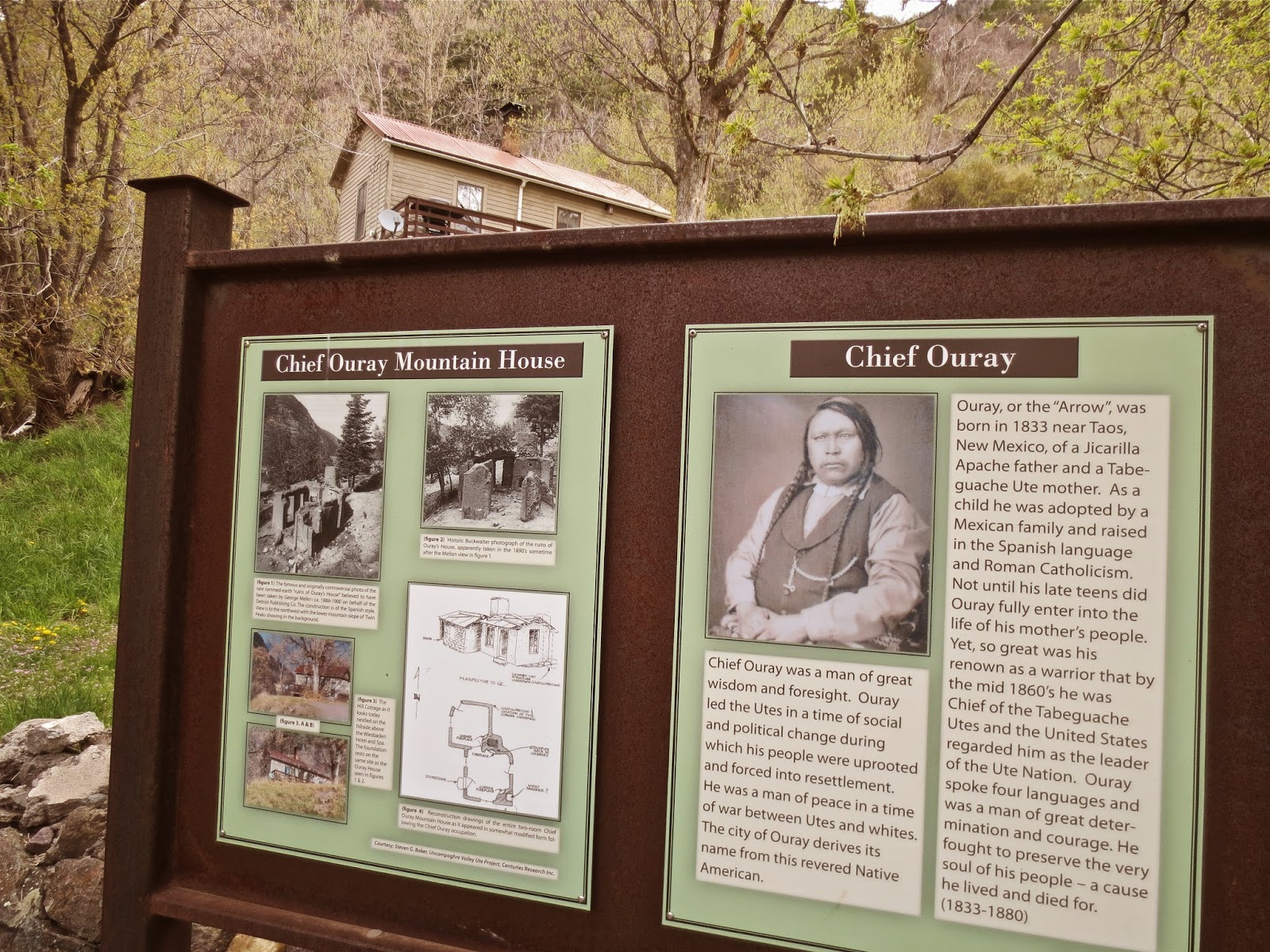 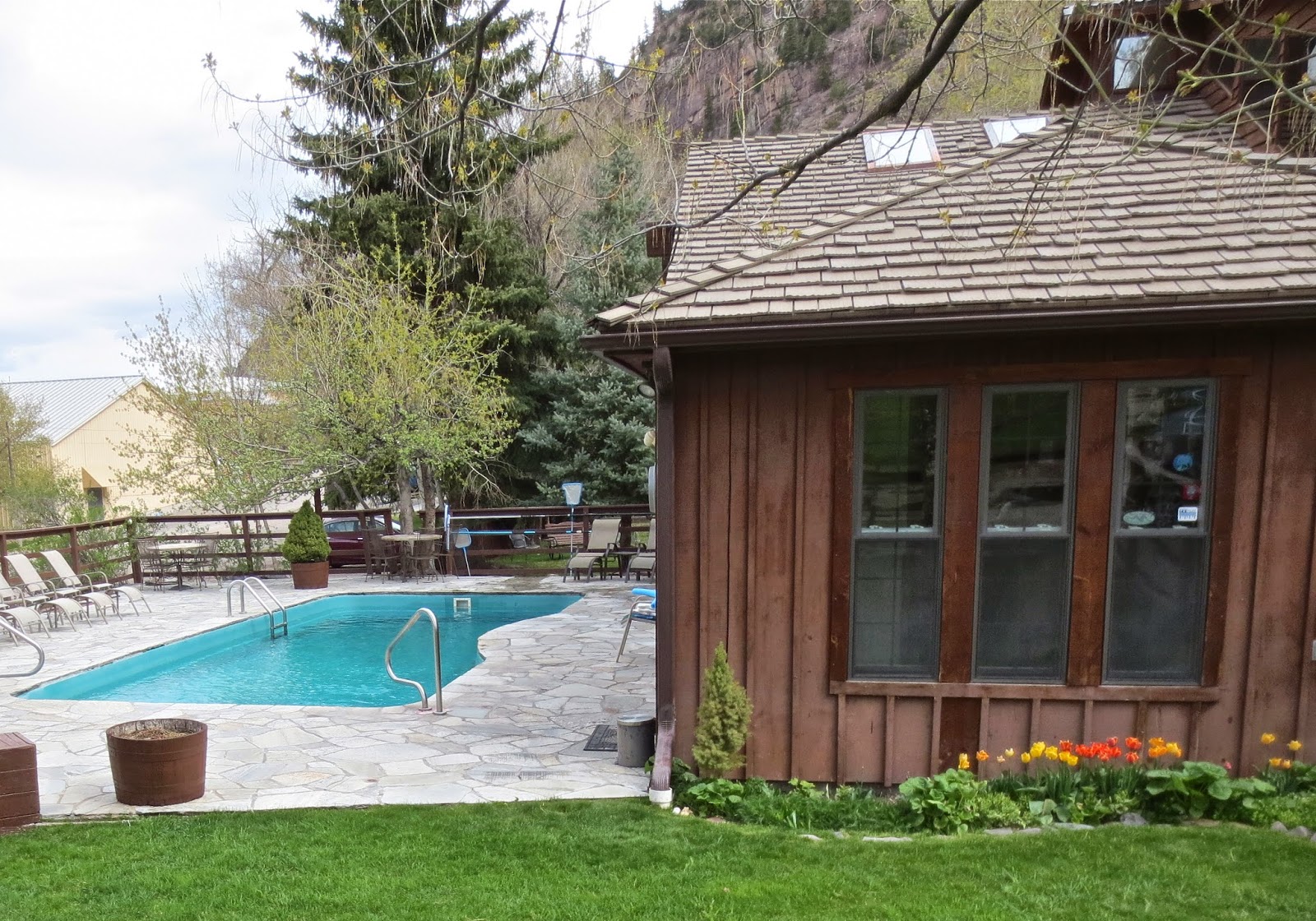 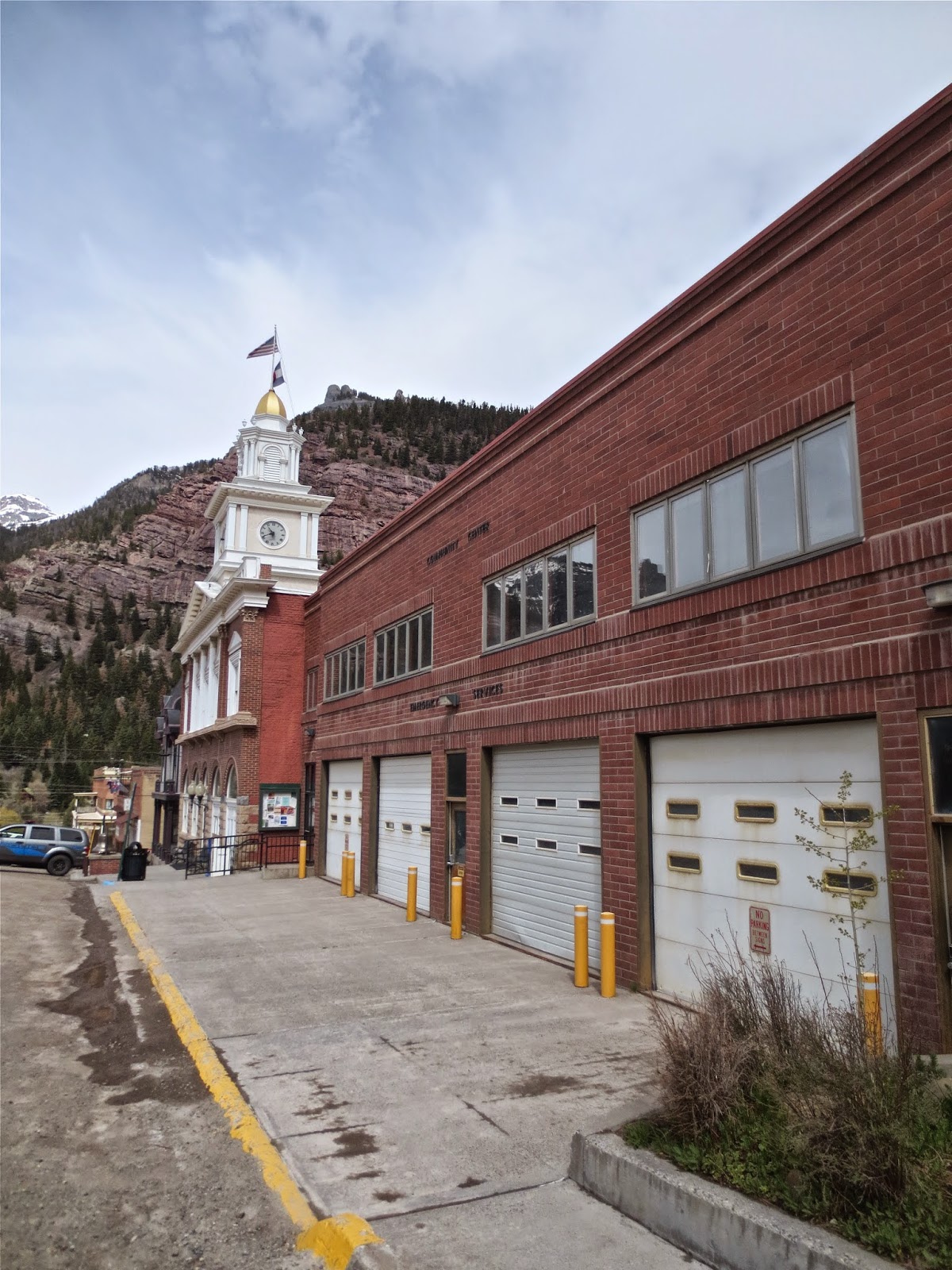 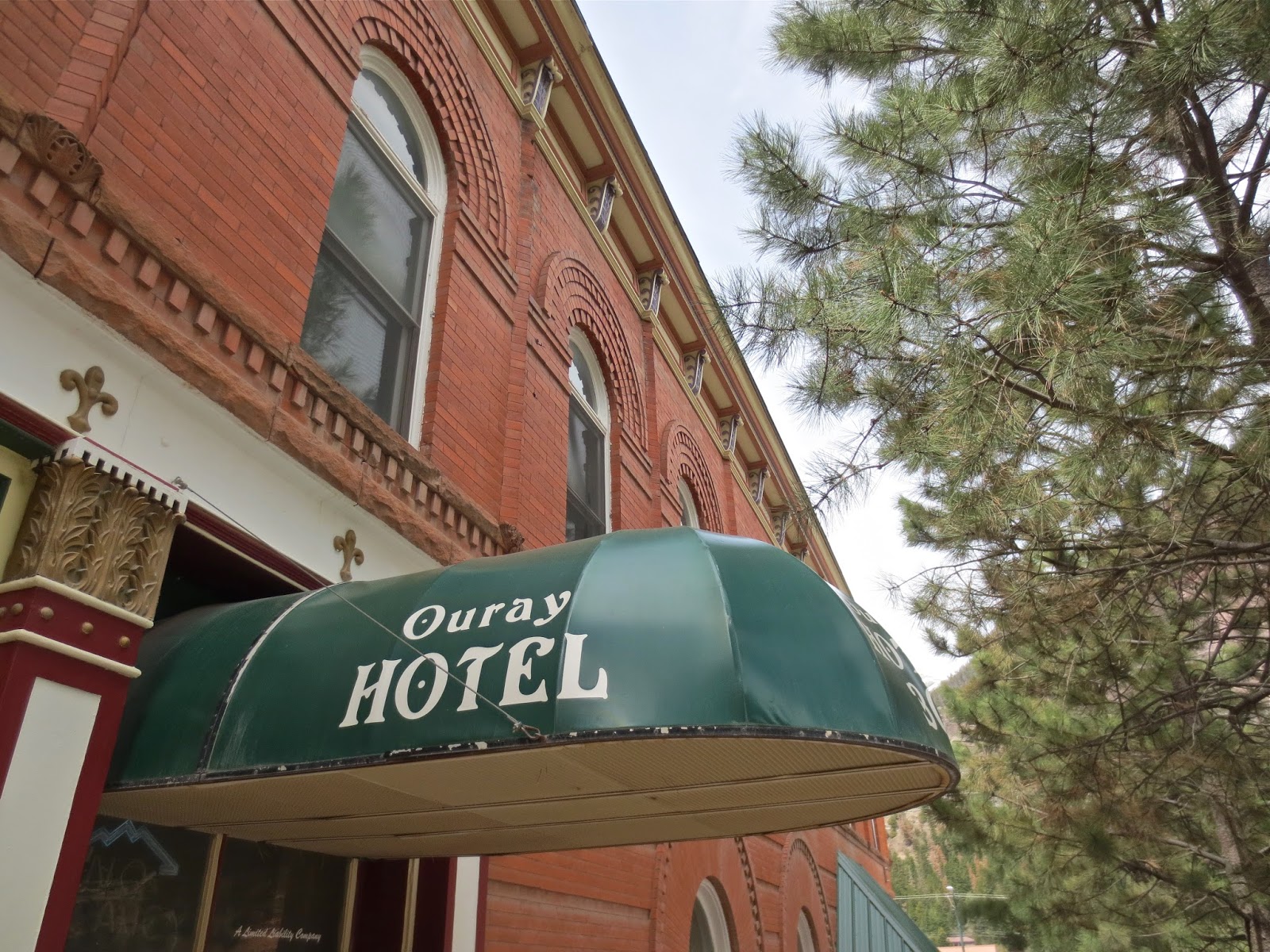 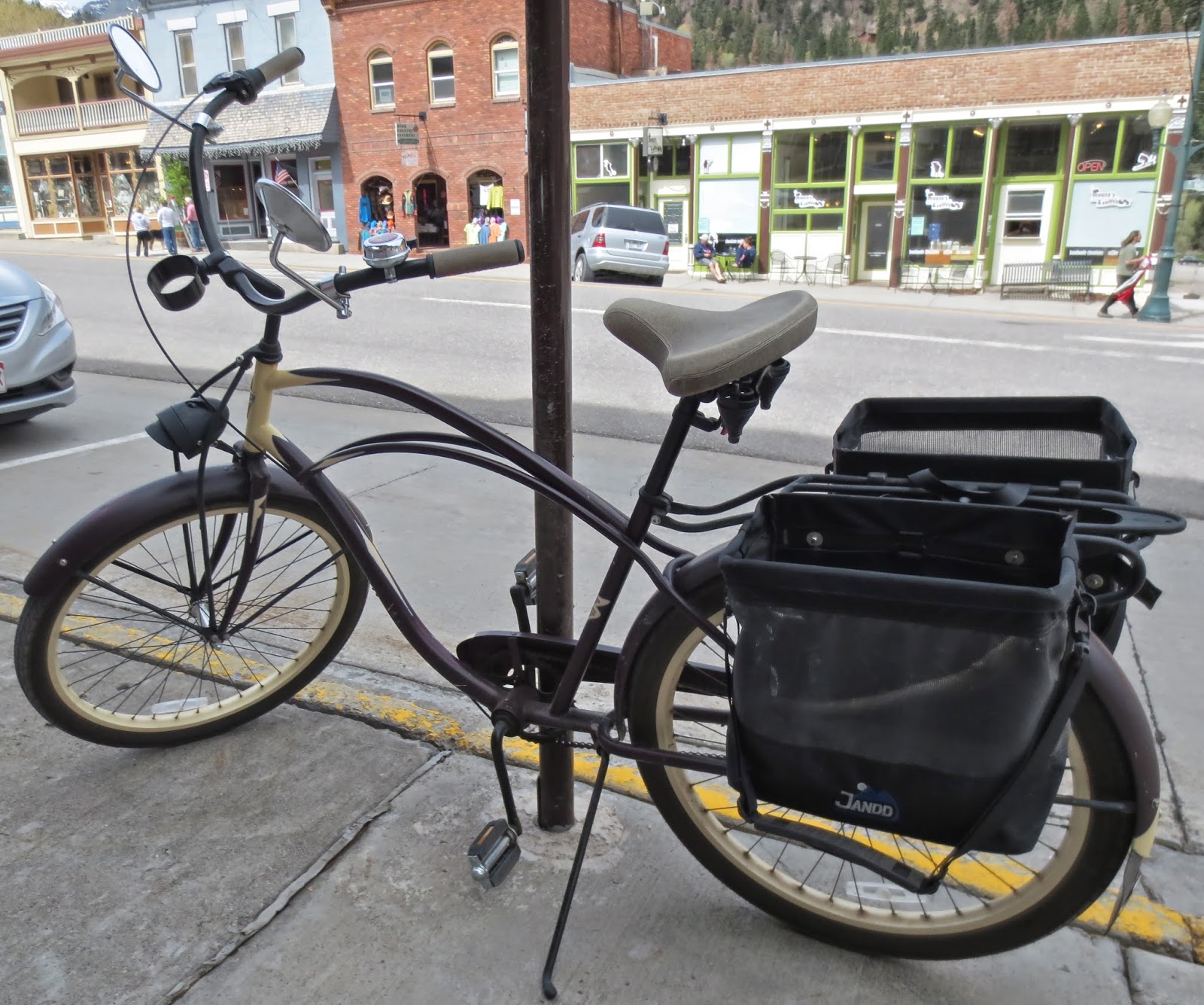 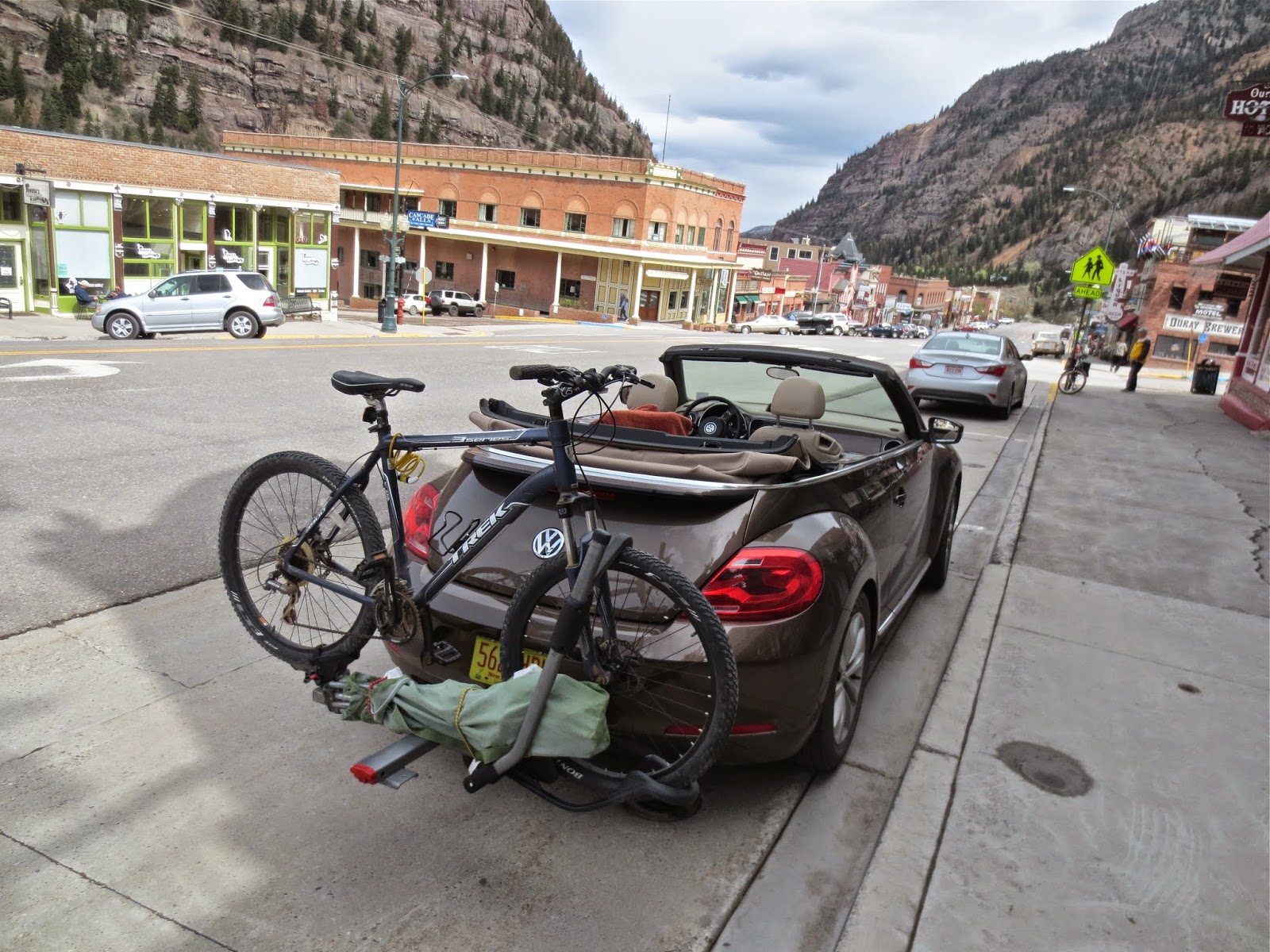 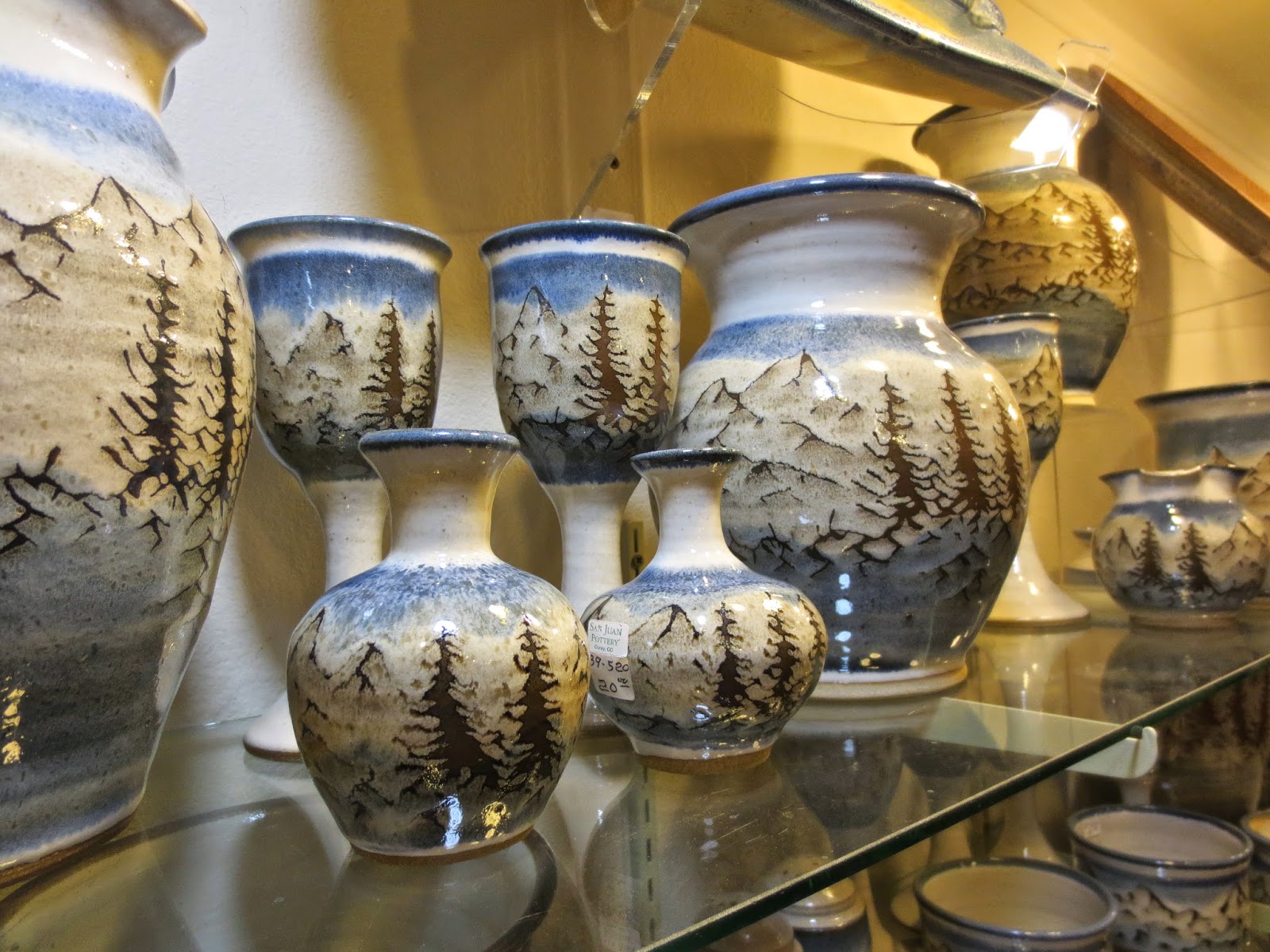 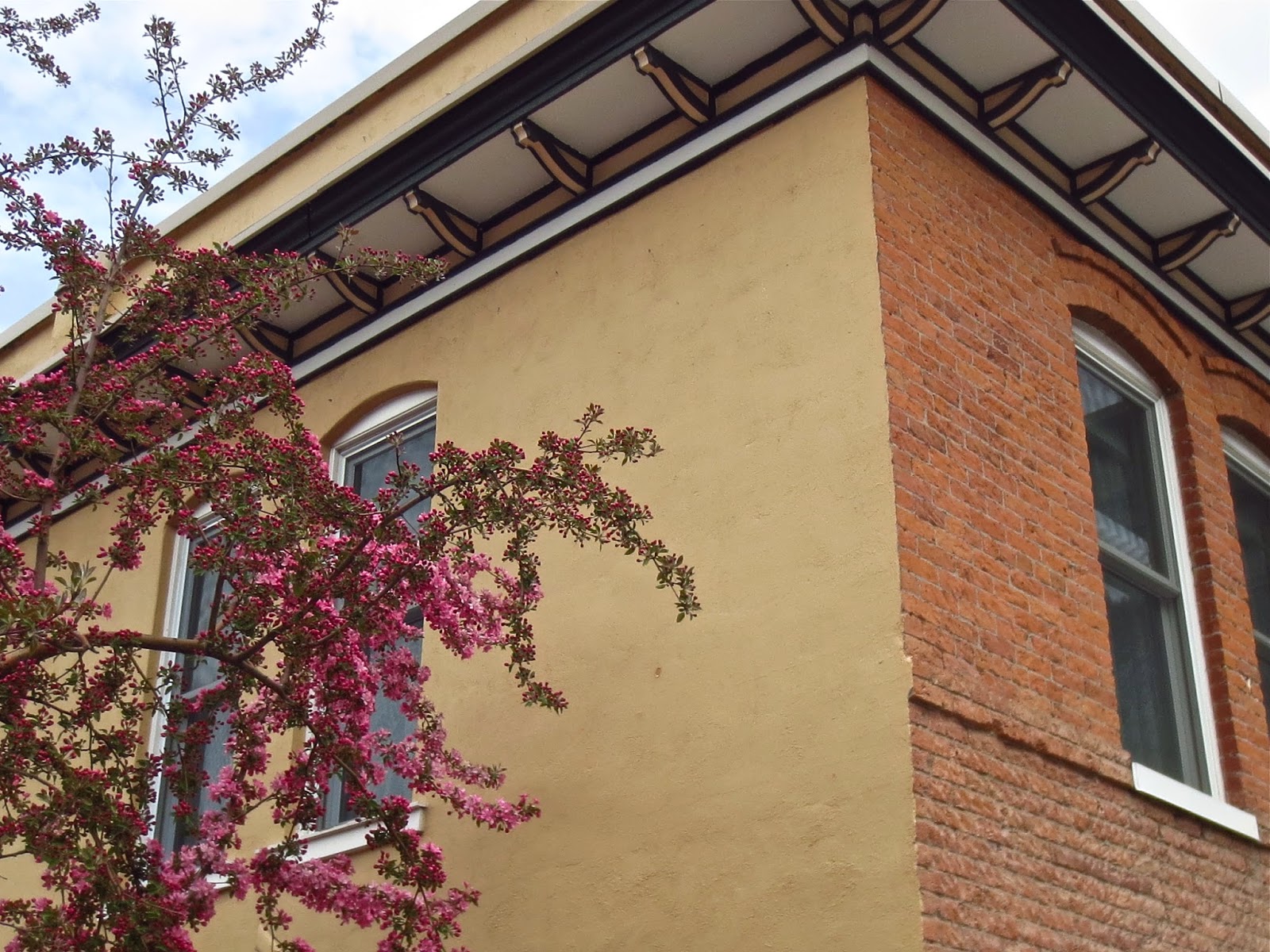 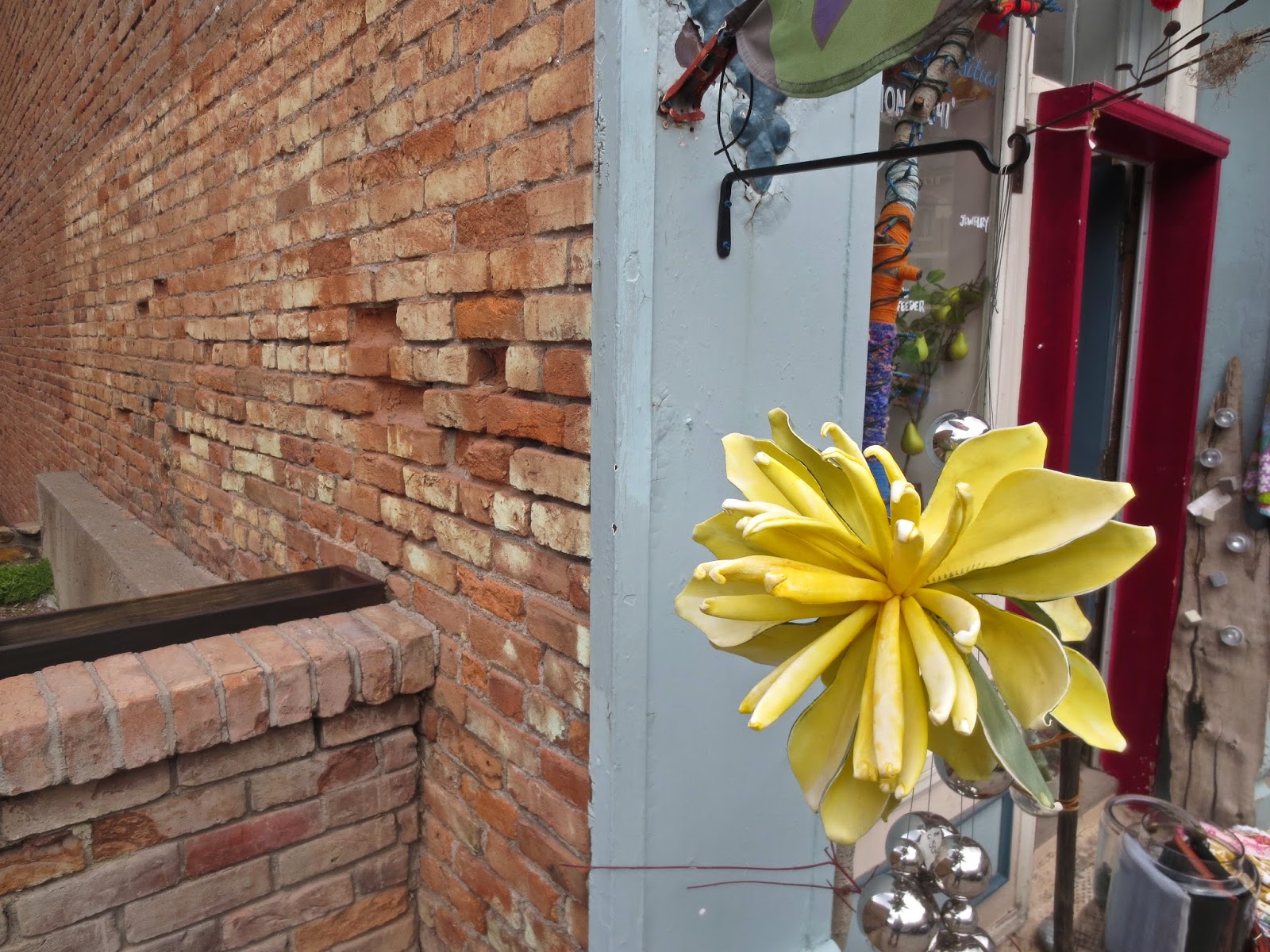 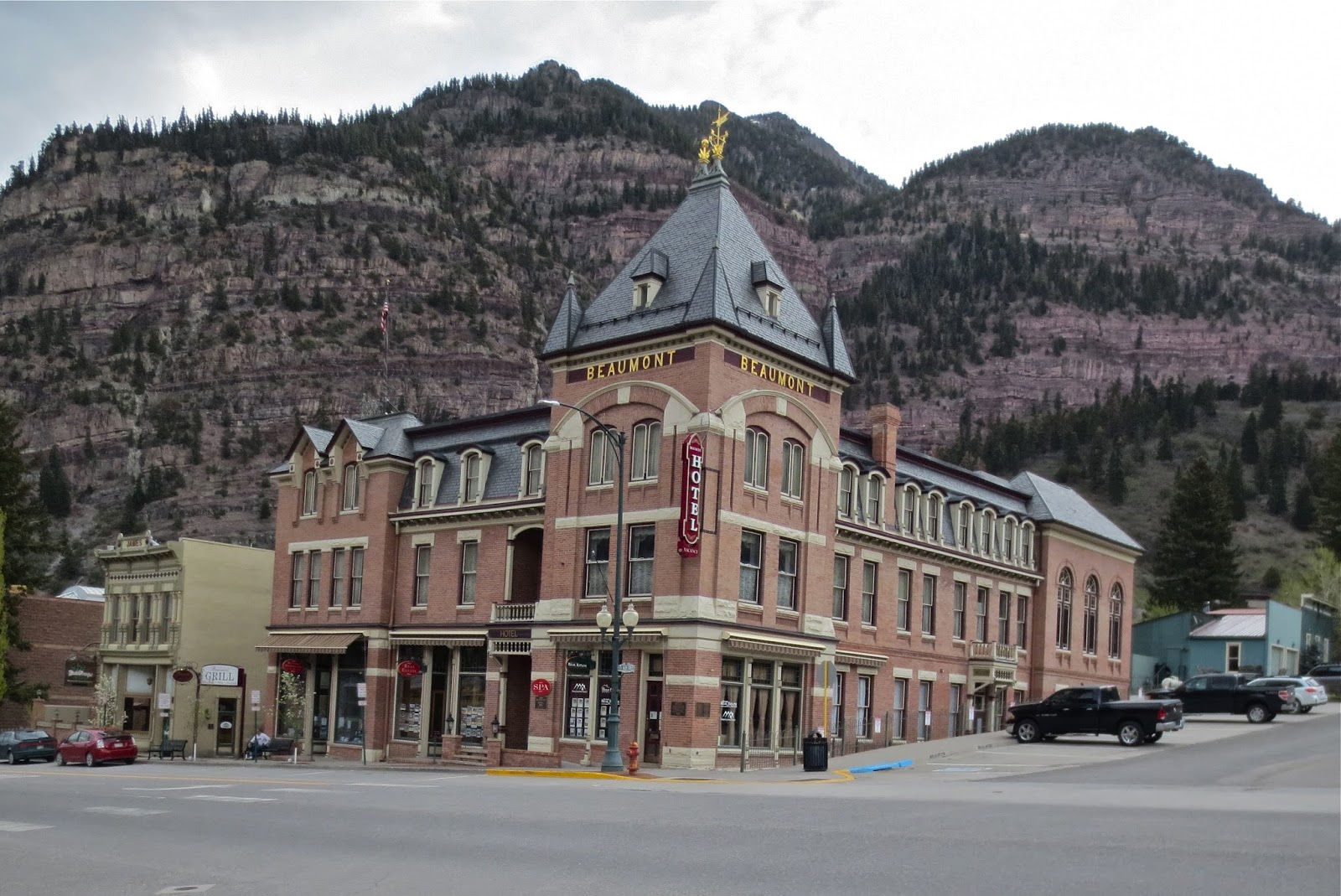 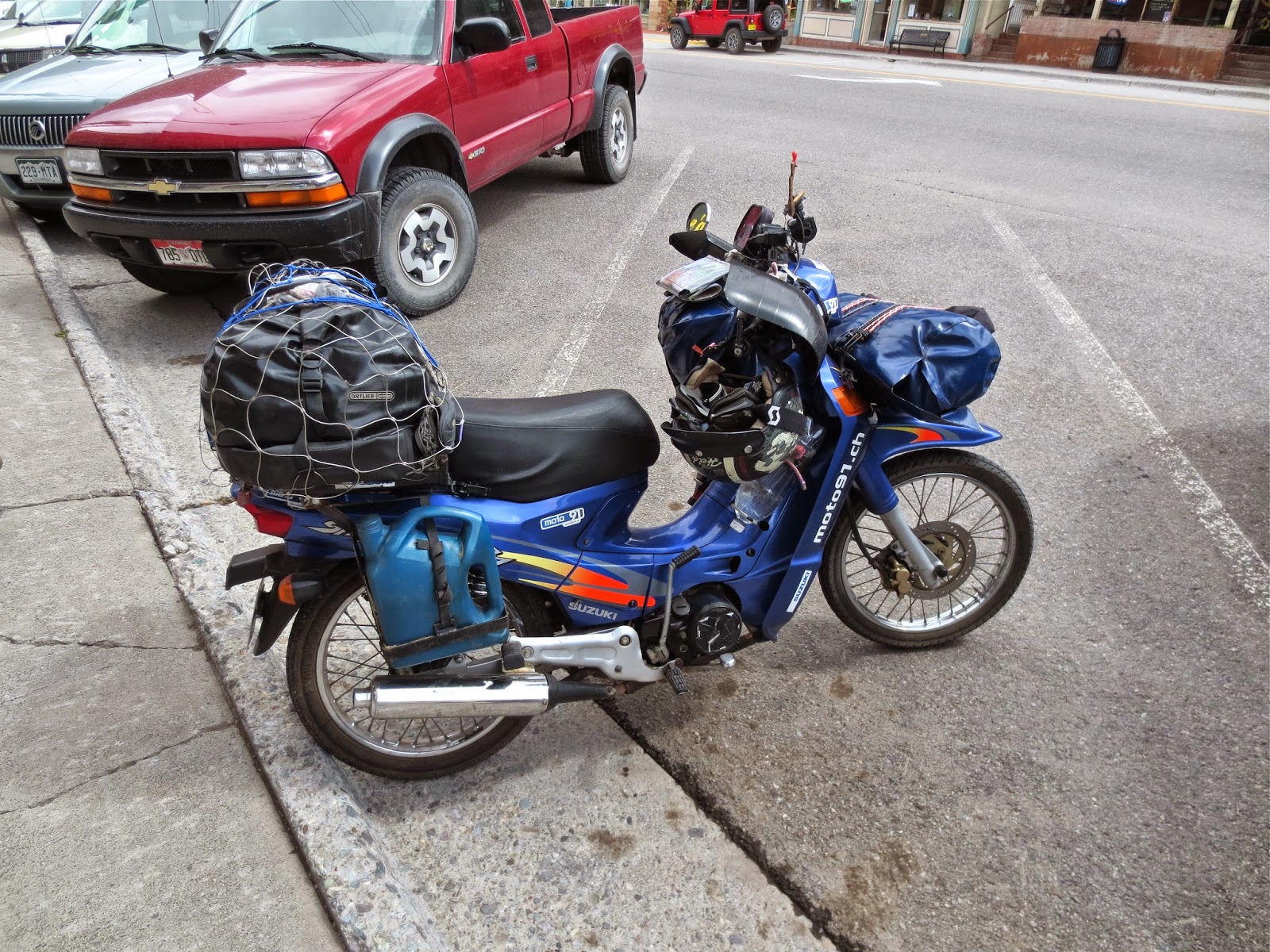