Oh Brother Where Art Thou... 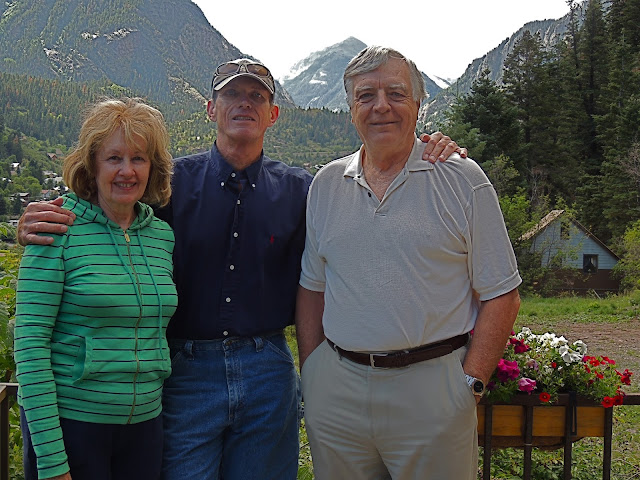 "Summers and winters scattered like splinters...and four or five years slipped away." Jimmy Buffet has a way with lyrics, of putting Life in nutshells that even I can understand. When I stop and think about it, time is our most precious asset...if fact, it's all we have. You can run out of money, run out of love, run out of luck—even try to run away—but when one runs out of time, nothing else really matters.


Sooner or later, loved ones slip away for good and opportunities are lost. Someday I will have only memories of my older brother Dan—or, perhaps, maybe he will be the one remembering me; Fate is an uncaring roulette wheel, its little white marble pings and skitters and eventually lands on either our number or that of someone we love. Not getting any younger, I try to bare the marble in mind, to be more appreciative of smaller and smaller things, especially time. The "elephant in the room" is that what use to be a lazy river grows swifter and swifter as we age, it's rapids uncertain. We have fewer seasons left to squander, fewer grains of sand in hourglasses, fewer people at class reunions.

It's hard to make sense out of the poles-apart choices in Life that my brother Dan and I made—our disparate tastes in music, priorities, and lifestyle circles. We are told in another musical nutshell that "Life is a Highway." I think it is a good metaphor for Life is a journey in that we start here and end up way over there, or, for some, right back where they started. Our family's "Highways" are notorious for rushing us away from home and friends—over cliffs into the unknown—seldom to intersect again. It's almost as if there's some underlying Universal conspiracy to disconnect us, or maybe it was just our own "Priorities" sitting behind the wheel, driving us to succeed at any cost. As young human beings we like to think we are in charge of our destinies. But the older I get the wiser I am and the more I realize the luck involved. With "time" in mind, I wonder about the consequences of infrequent intersections between all my loved ones, the opportunities lost. But today, I'm thinking about two highly contrasted brothers who, as Dan Folgelberg titled his fifth album, are seemingly "twin sons of different mothers," and separated at birth...or nearly so.

But every once in a great while "Jupiter aligns with Mars;" My Brother Dan and sister-in-law Elaine slipped into Lovely Ouray a few weeks ago on a cool, rainy thursday afternoon. As schedules and roulette wheels would have it I was at work, masquerading as a Fine Art Gallery Boy—an alternate, if not alien, "preppy" persona that I suspect took them by surprise given my usual blue collar and dirty nails. My dear departed daddy once said, "Son, you can do anything and go anywhere you set your mind to." He said it to me, but he must have had Dan in mind because I really never did "set mind" to much; I'm more of a "set heart" person.


Brother Dan and Elaine were on a road trip from "home," home being a near oxymoron given how often they pick up and move (thirteen houses and counting). They currently reside on the southernmost out-skirt of Toledo, Ohio—a rural area way down upon the Maumee River—and about as far as one can get literally, figuratively, spiritually, mentally, emotionally, and topographically, from Lovely Ouray. It's a perfect metaphor for our oppositional choices and paths, where they took us, and the ever-nearing end result of our oh-so-separate journeys. Where to begin? Why not birth.


Brother Dan had the honor of being "first born," preceding my arrival by over a decade. According to psycho-babble-ologists, that makes me (third born) a "functional first born," as most of my developmental years were spent as an "only child." I know, confusing...hang tight. Not only was I born ten years after brother Dan, sister Sally Jo was almost nine years my senior, and strangely both flew our nest early...as in high school early, which pretty much left yours truly to raise our parents singlehandedly.

Brother Dan was barely fifteen—a wet behind the ears entrepreneur with a bicycle paper-route—when the dastardly wander gene that runs amok in our family finally lit up. To a person, without exception, when "the yonder" calls a Johnson their bags are already packed and waiting by the door. I must say that it certainly set Dan's life on a different course far and away from our family's up-till-then blue collar birthright. In his wildest dreams I don't think he ever imagined the wide-ranging rippled aftermath of his man-child plunge into the unknown. 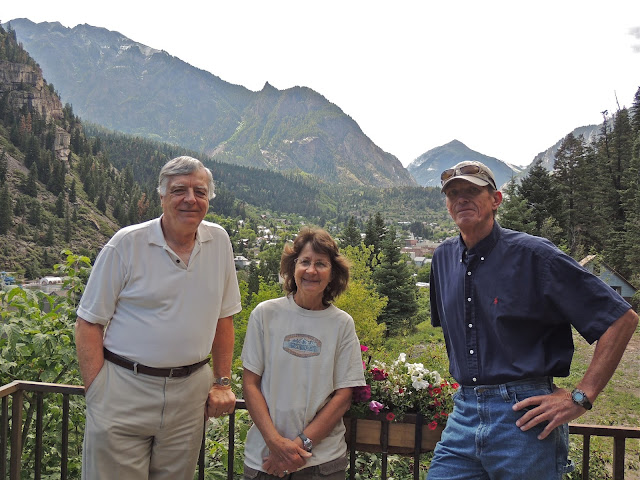 After work we indulged in a little sibling revelry, partaking of libations at the Buen Tiempo followed by their renowned Spinach Enchiladas...topped with a "red sauce" that's reason enough to live and fight another day. Sated and relaxed, we puttered home to assume front-row seats at the Imax Windows of our humble mine shack and contemplate the ease-drop of darkness over Lovely Ouray. Conversation was slow and easy, bits and spurts of "where ya been, what cha up to, where ya headed?" In keeping with tradition there were the mandatory retellings of a few classic stories, further embellished, of course, and then a brief discussion of our dissimilar highways and their infrequent intersections.

Conversation turned to our beloved Mom and Dad, and our unceasing amazement at how a Young and Restless couple gave up a moderately lavish Ohio country home, successful businesses, security, friends and extended family, and flung themselves, along with three children, west into an arid, still-wild Arizona desert...a place where they didn't know a single soul and had no jobs to catch their fall. Hello, Yonder called.

We found it compelling, how gypsy blood trickles down our family tree like spring sap, how it flows in our veins and in the veins of Mom and Dad's far flung, well traveled grandchildren and great grandchildren. It is I who is the exception, having chosen to focus on my love for the vast western United States before taking on the world.

We speculated on how different our lives would be (and thus, those of our children) had Mom and Dad not heeded their Inner Gypsy—had they not boldly sold out and put Springfield, Ohio in the rearview mirror forever. I can't even begin to paint that picture of Ohio with me in it (shudder). Dan, having traveled and conquered the globe, seems strangely at peace back in his birth state, as if in some way it is a circle completed.

Darkness continued flooding The Crevice like a mood—town lights twinkling, rain easing. Amidst bedtime yawns I ventured a question—sponsored, no doubt, by that second glass of wine at dinner. It was an oft wondered, long held question, about "consequences" left in the wake of Dan's heeding his wander gene to leave home at fifteen. Specifically, I wondered if his early departure might have slighted our sibling bond and/or altered our "Highways?"

Here's the thing, I was five years old when Dan left the nest, followed by Sally Jo about a year later. So though I know all about my brother, I don't really feel like I know him as a brother. It's as if Dan is more of a good, respected friend than a sibling. Sure, he came home for a few summer "snapshots" to work and set money aside for school, but I don't remember it. Most of my memories are artificial in that they come from 8mm home movies and photos that don't "talk."

I do, however, remember scenes from the day he left. I divulged that his departure is my earliest memory from childhood, still vivid after all the years. It was 1955, late and dark. Our family was gathered outside some dingy bus terminal breathing a sickening blend of diesel exhaust and cigarette smoke. It hung in the air not unlike the pall of sadness that hung behind brave smiles and moist eyes. I can't recall the conversation, just the image and mood; it plays like video, those last awkward hugs, farewells...me clinging to a pant-leg.

Finally, a last call for boarding; "Bus so and so bound for Los Angeles..." Dan climbed aboard and disappeared—a shadowy figure behind tinted windows—for what would come to feel like the rest of my life. For a long, long time, in my immature adolescent and irrational mind, that Greyhound Bus might as well have been a coffin. Dan remained a shadowy figure for years—a voice on the phone, handwriting on a card...a dream. Memories beyond the murky neon lights of that Greyhound Bus Station are far and few between, and the ones that do come, well, it's difficult to separate reality from shadow, shadow from dream.

Air brakes discharge, shattering the ambient drone and sirens of downtown Phoenix. An engine roars to life and Brother Dan's silver slug lumbers into traffic...its tail lights shrinking into the night black haze and heat of August. I replay the video in my head, but there are no voices. 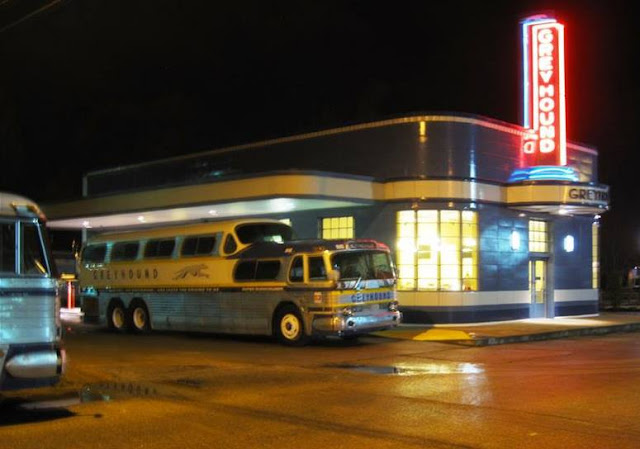 We are born empty vessels with DNA that basically reads: "Fulfill Thy Potential." It is intriguing how "apples don't fall far from the tree." Still, within that realm, in spite of the "apple" aphorism about heredity and environment, wander-lust genes, and restlessness in general, we come into this life with as many possible outcomes as there are stars in the universe. But Heredity and Environment are no match for Fate; it is a true "wildcard," waiting in the wings to disrupt best laid plans, test resolve, and question purpose. Some people never leave the block where they were born, while others must "feel the earth move under their feet." You seem to find the latter out west.

For lack of a better excuse, I'll blame birth order. You see, it seems I have set the "bar" low compared to my brother Dan. His Journey—career, travels and Life-in-General—seem so much broader than what my choices landed me. His vocational efforts impacts entire universities, cities, and to some extent, global academic relationships. He has many books to his credit, I have a blog; he travels the world, I travel the west; he researches, I just search; he's knows Presidents, Senators, and Congressmen, I once met Tom Cruise; he's a fundraiser for multi-million dollar university projects, I'm more of a fun-raiser. But what ticks me off the most is that he still has a thick, full head of hair while I'm destined for baldness.

I am extremely proud of my brother, and who knows, maybe in someways he's just as proud of me. One thing for sure, though, I can't imagine living in his world any more than he could imagine living in mine. We are "twin sons of different mothers;" fallen from the same restless "tree," but on the outer ring of opposite sides.

Time is all we have...it is ours to spend according to priorities. Let there be no regrets, and let us remember that "Summers and winters scatter like splinters...and four or five years slips away" before we know it. 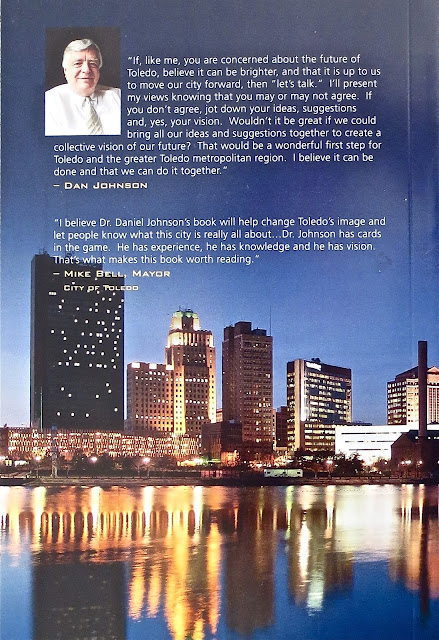 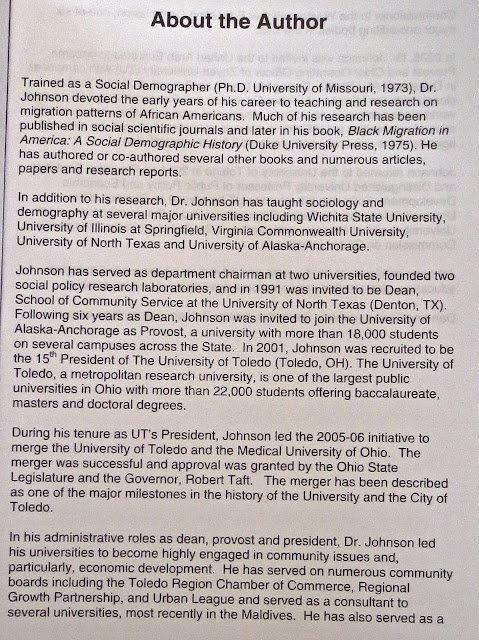 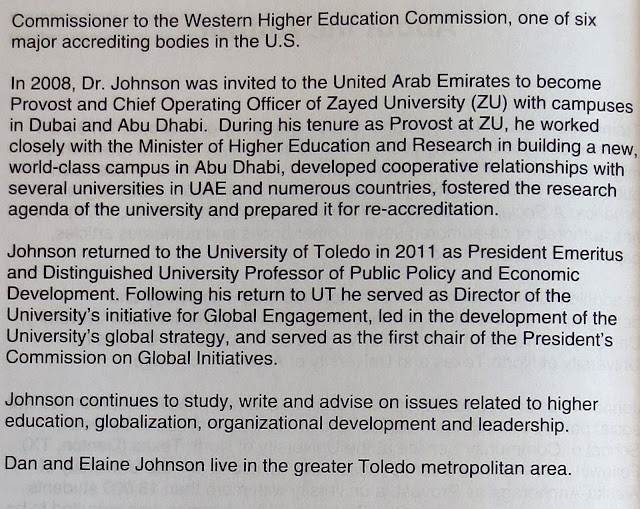 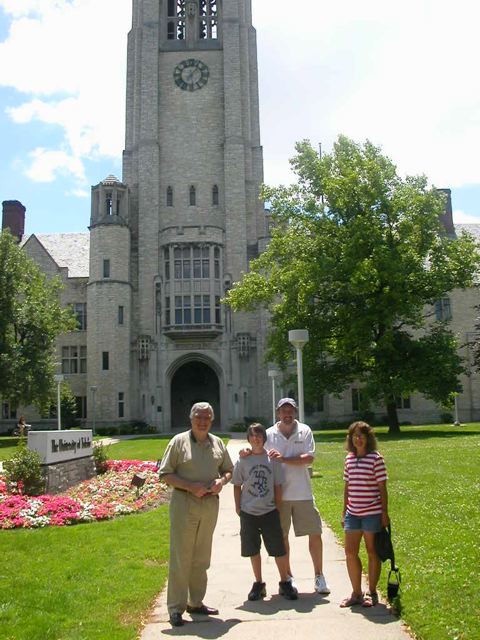 Posted by Box Canyon Blog.com at 9:00 AM