Desert Mega-Cities Chomping At The Bit Of Unbridled Growth 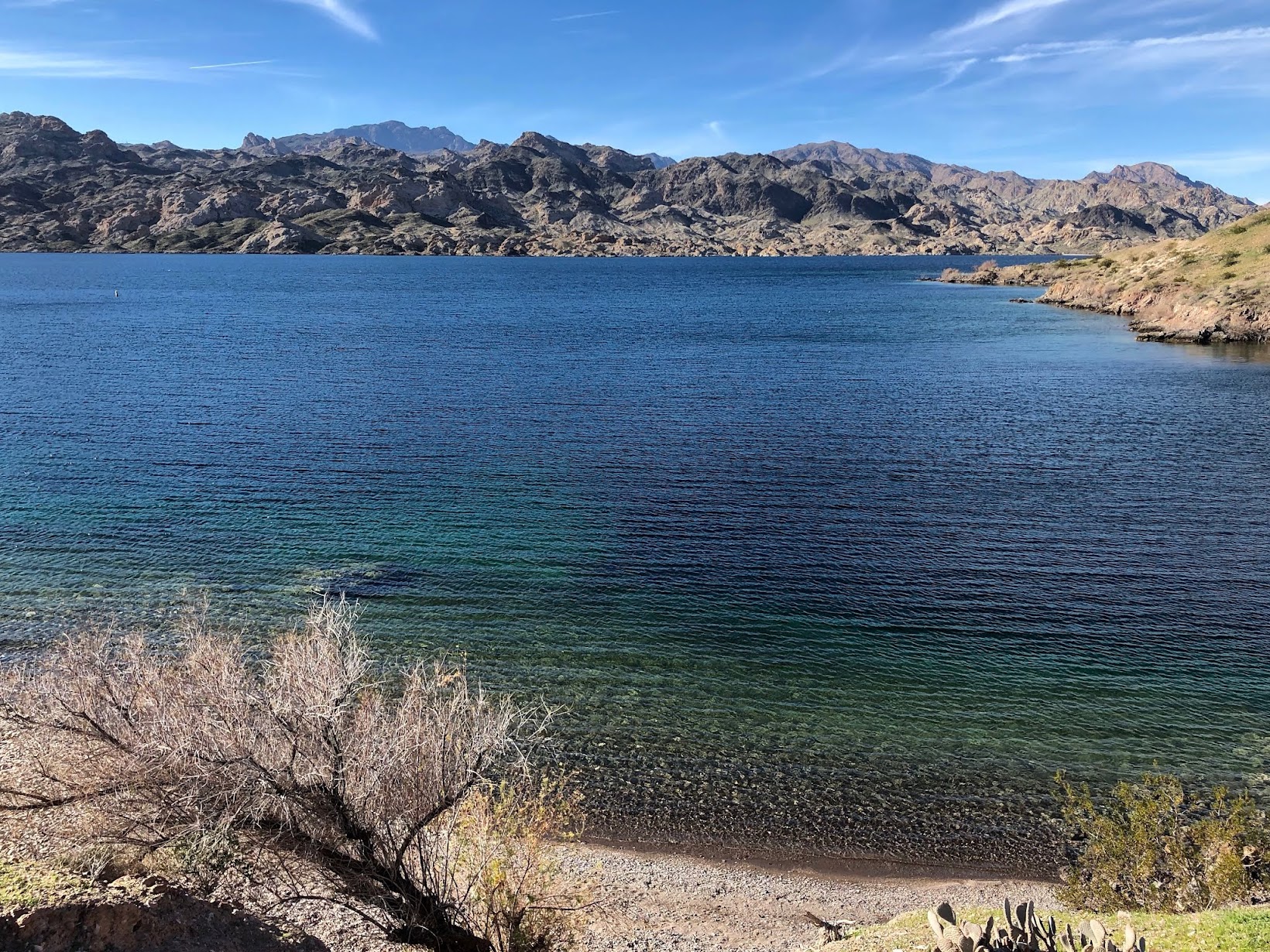 The water looked so inviting. But, as we all know, "looks" can be deceiving. Belying the lake and landscape's superficial beauty awaited 54 degree ice water. So we skipped the "dip," opting instead to ponder the contradiction of so much precious water in one of the driest desert landscapes on earth.


Lake after lake after lake: the Colorado River has been dammed (or damned, you decide) to Hell and back. Thus, the Growth-At-Any-Cost mentality of urban sprawls the likes of Las Vegas, Phoenix and Tucson continue to mushroom. "If you build it, they will come," further taxing an already overtaxed and diminishing resource with bigger "straws," exacerbating the Head-in-the-sand folly of building megacities with lawns and golf courses in places they do not belong.

Tucson was forced to take notice that it had outgrown it's groundwater aquifer supply decades ago when, as a result of dropping water levels, the megapolis began to "settle."  The upshot of that reality resulted in a diversion project that pumped water all the way across the desert from the Colorado River to Tucson. The project was intended to lessen dependence on their ever-shrinking overtaxed groundwater supply. Unfortunately, the Colorado River water proved unpalatable due to taste and odor problems. Outraged customer complaints forced the City to blend the groundwater supply with the Colorado River in an attempt to dilute the foul taste and odor problems and quell the uprising. Excess Colorado River water was then injected via deep wells into the groundwater aquifer in order to diminish its depletion and the settling problems associated with a shrinking aquifer.

For more years than not in this century, Lake Mead has hovered near or at the minimum water level (1975 feet above sea level) necessary to operate turbines that generate the bulk of power required to both light up the "strip" and air condition virtually every house, hotel, and business in greater Las Vegas. Without water to turn the turbines, Las Vegas would have no summer air conditioning and/or winter heat, for that matter. Without air conditioning and heat, the gamblers would not come. And without gamblers, well, Vegas would be fast-tracked to a modern day ghost town on the order of Chernobyl. After back-to-back near-record winters with higher than normal precipitation from states that feed Lake Powell and Lake Mead (mostly the Colorado River) as of February 10, 2020, Powell stands at a paltry 50% and Mead at 43%.

After decades of flirting on the edge of sustained drought and subsequent restrictions on "releases," engineers were forced to "buy some time" by modifying Hoover Dam's power generating turbines to allow operation at lake levels down to as low as 950 feet, as opposed to1075 feet. Most water scientists agree that Lakes Mead and Powell will never fill again and that they will continue to drop. We can only hope they are wrong. 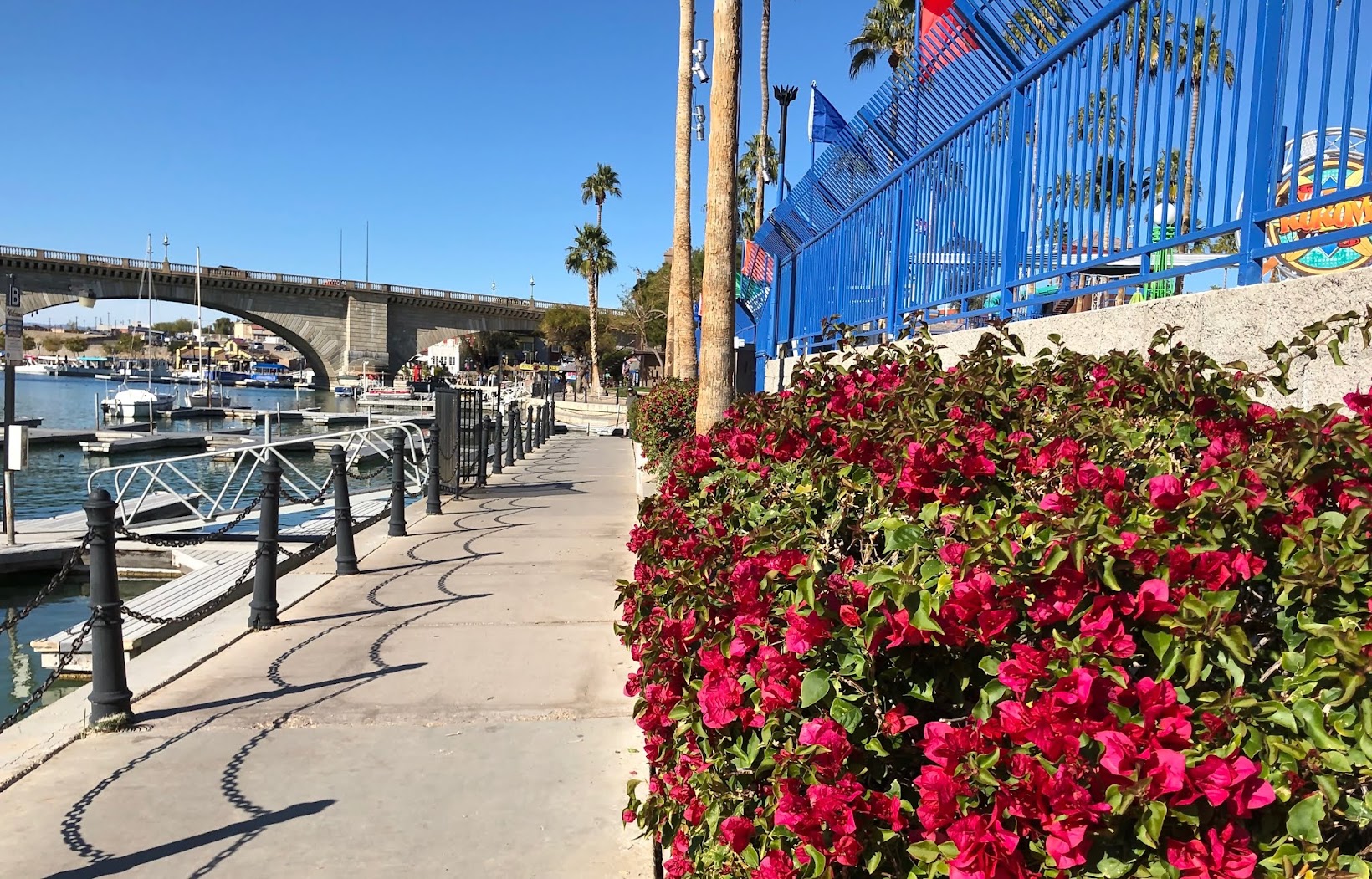 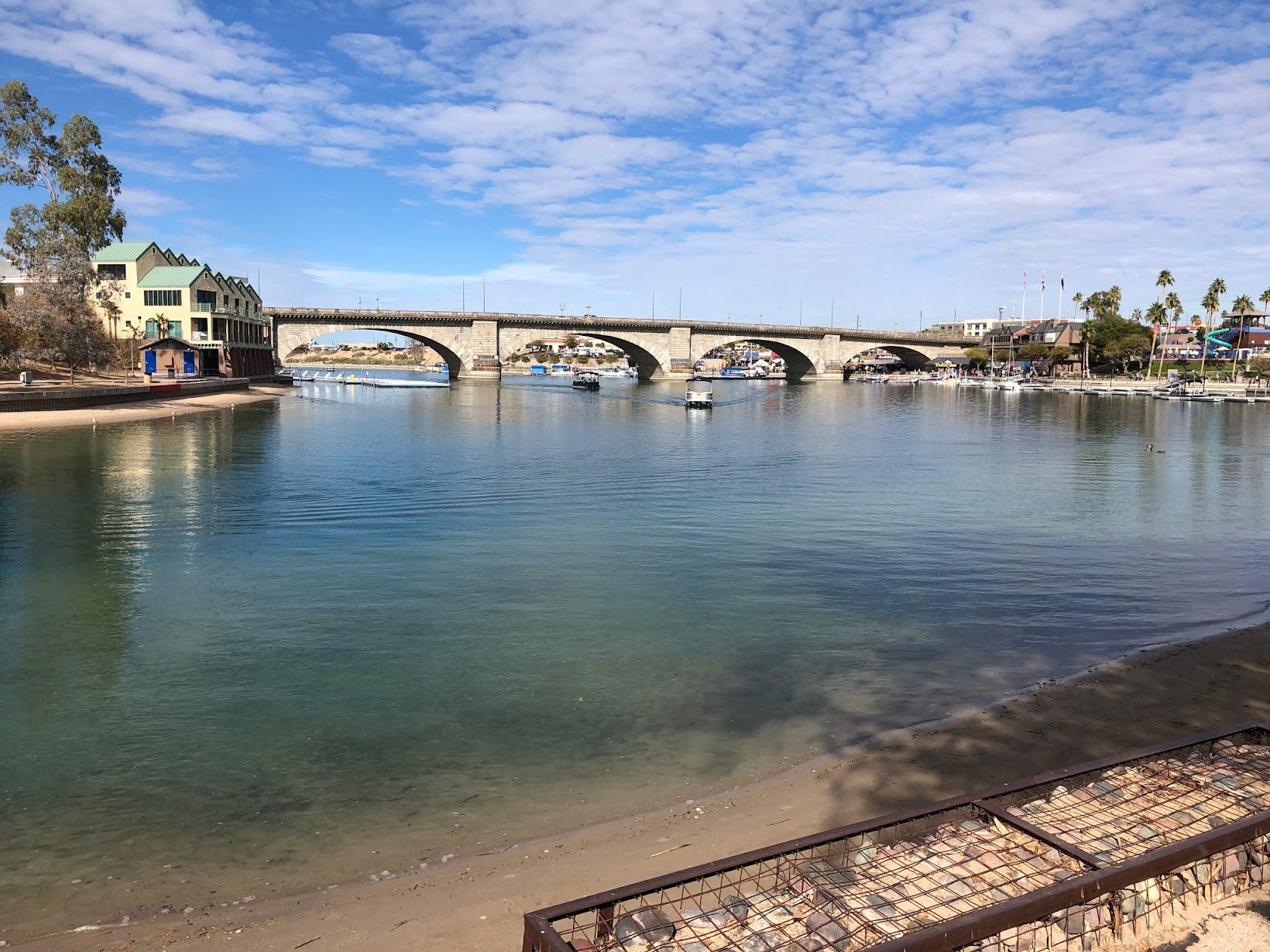 London Bridge and canal-side walkway. The bridge takes you to Grand Island, where there are hotels, homes, and fine dining establishments. 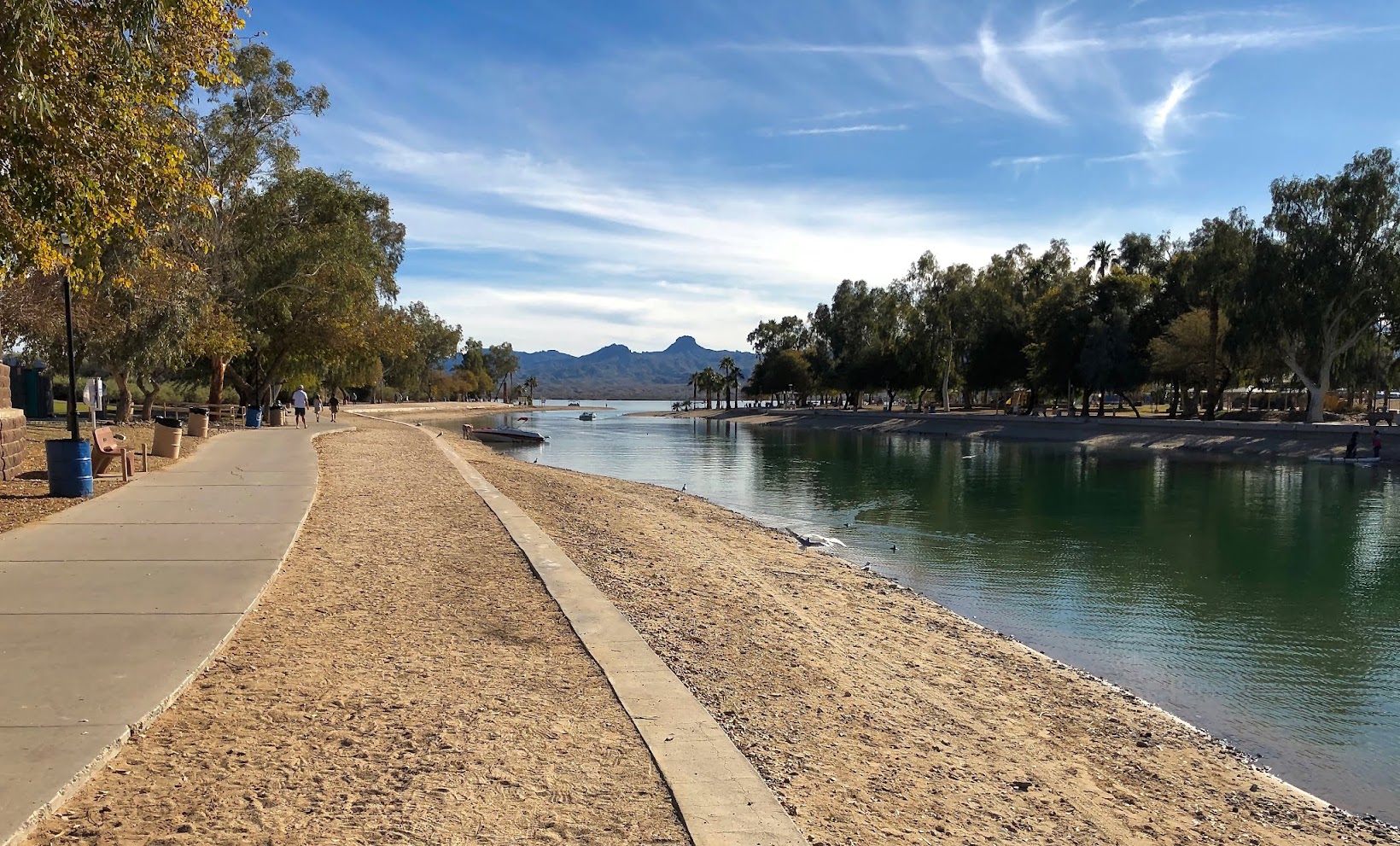 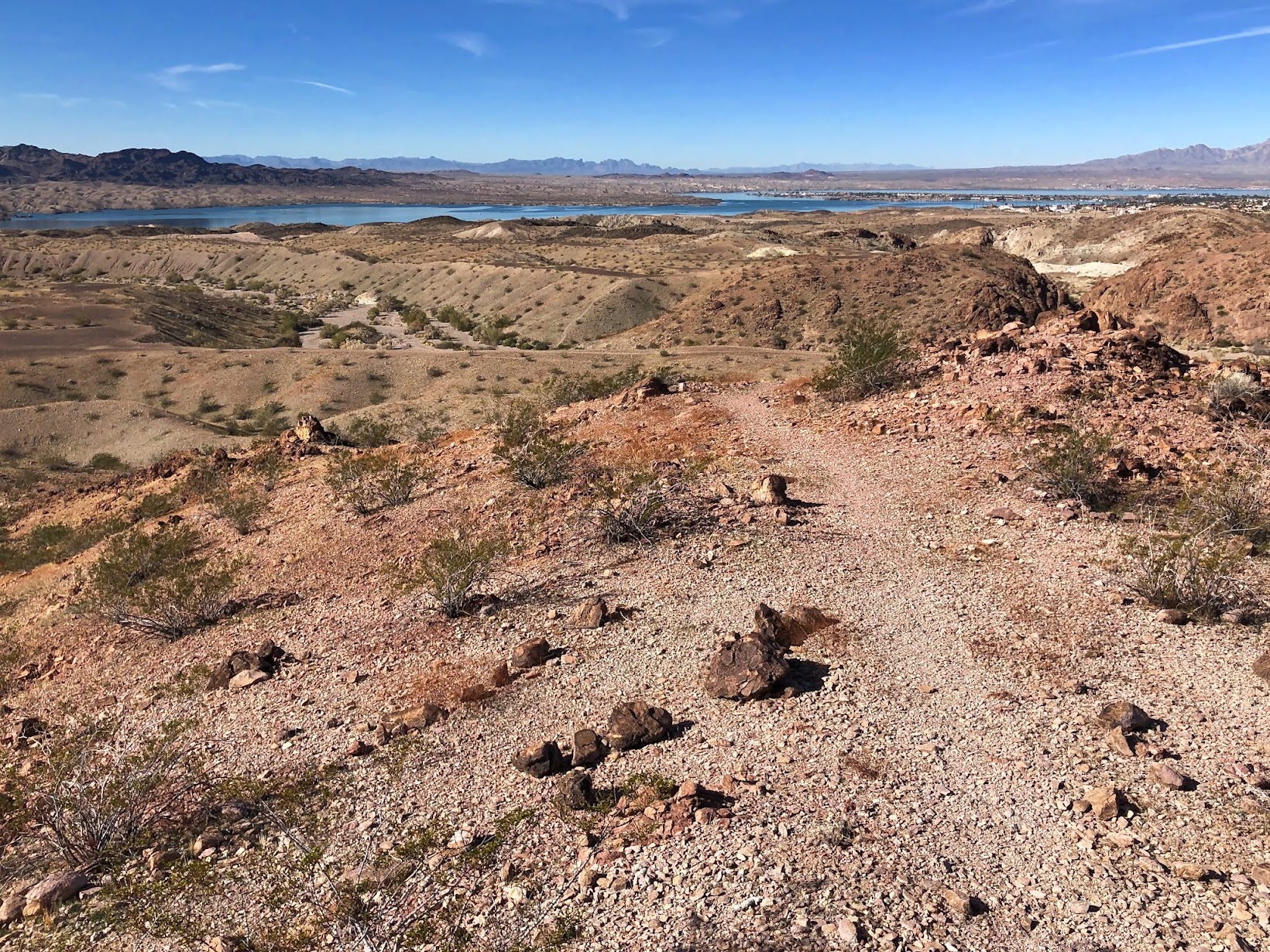 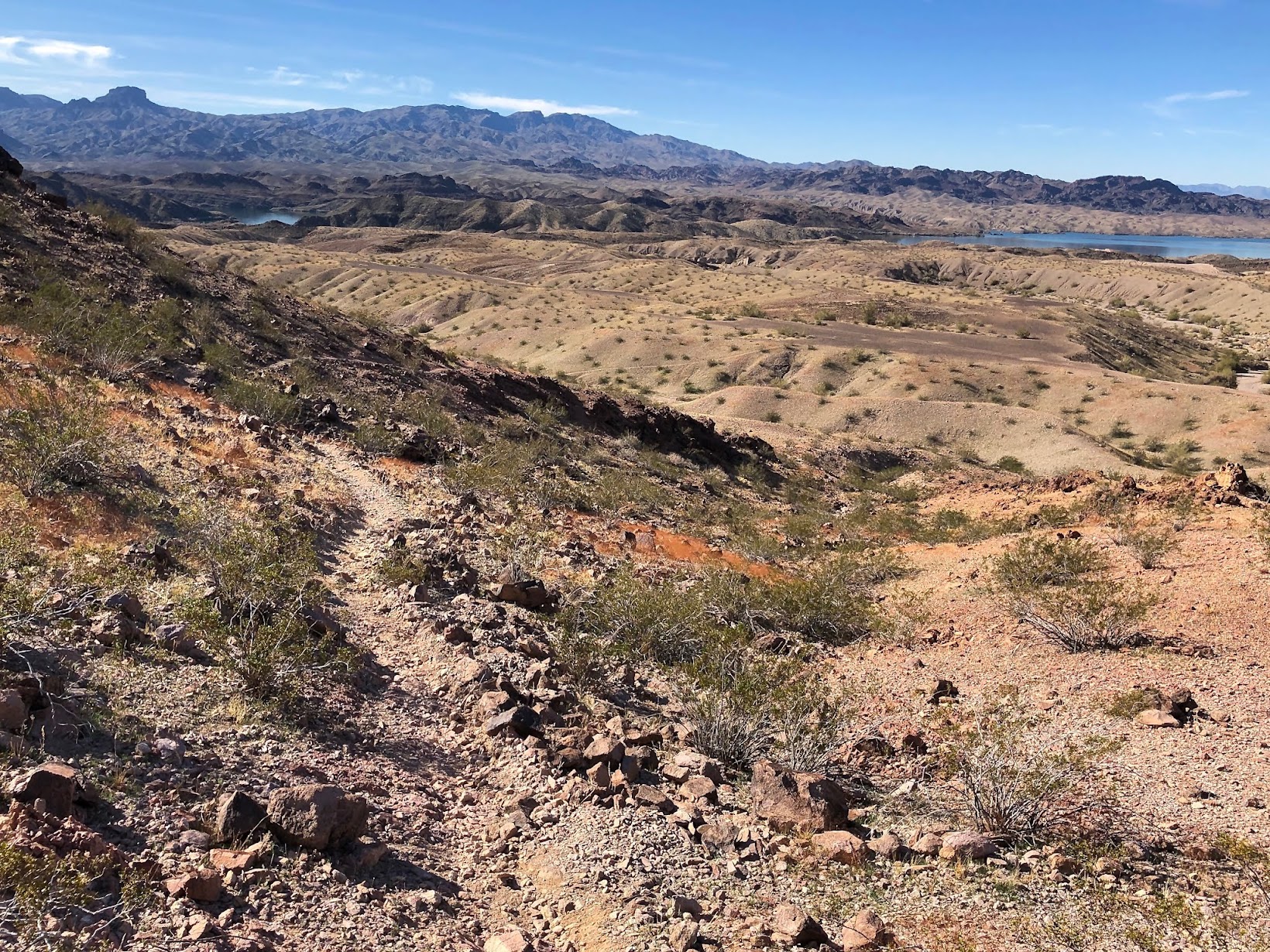 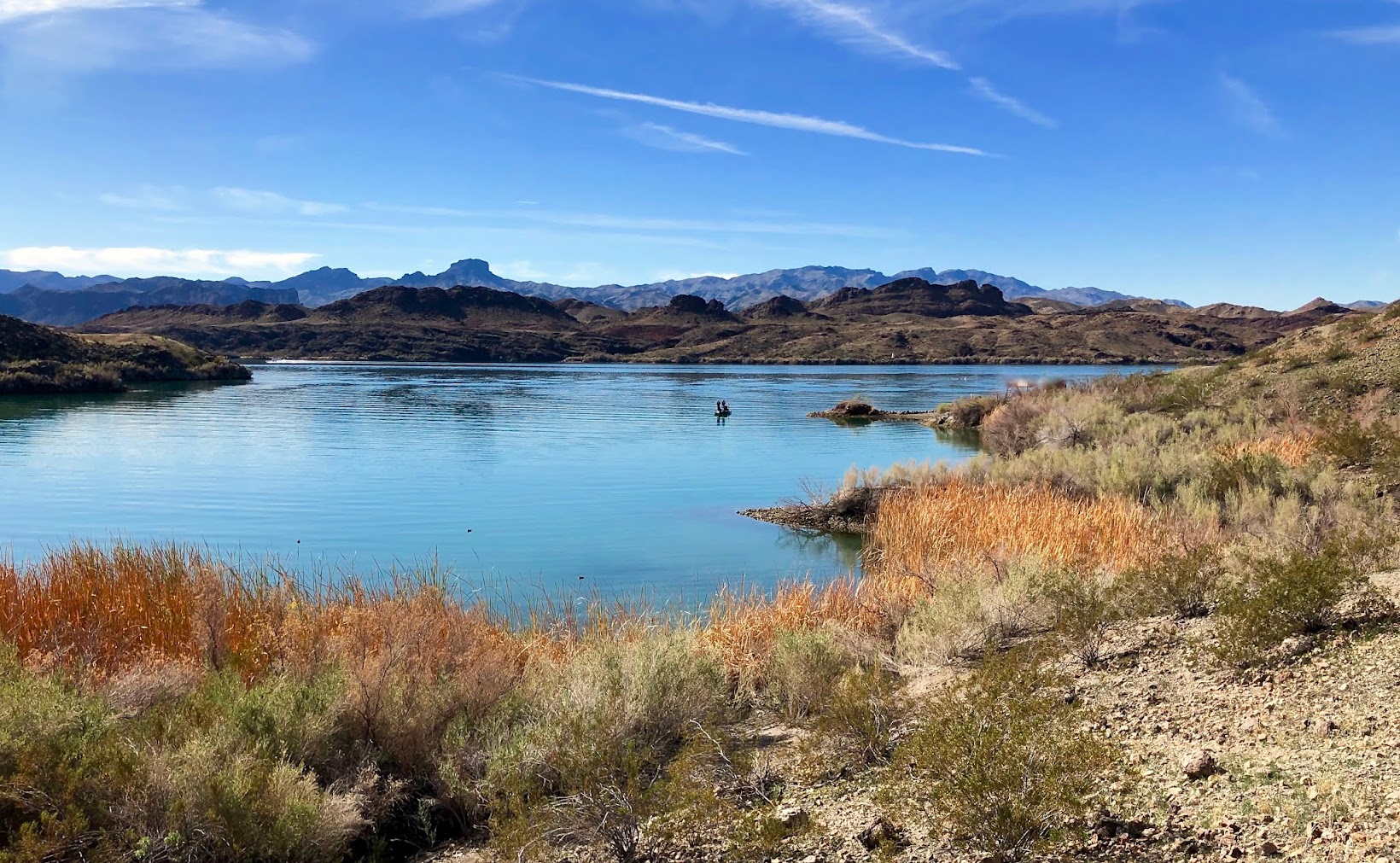 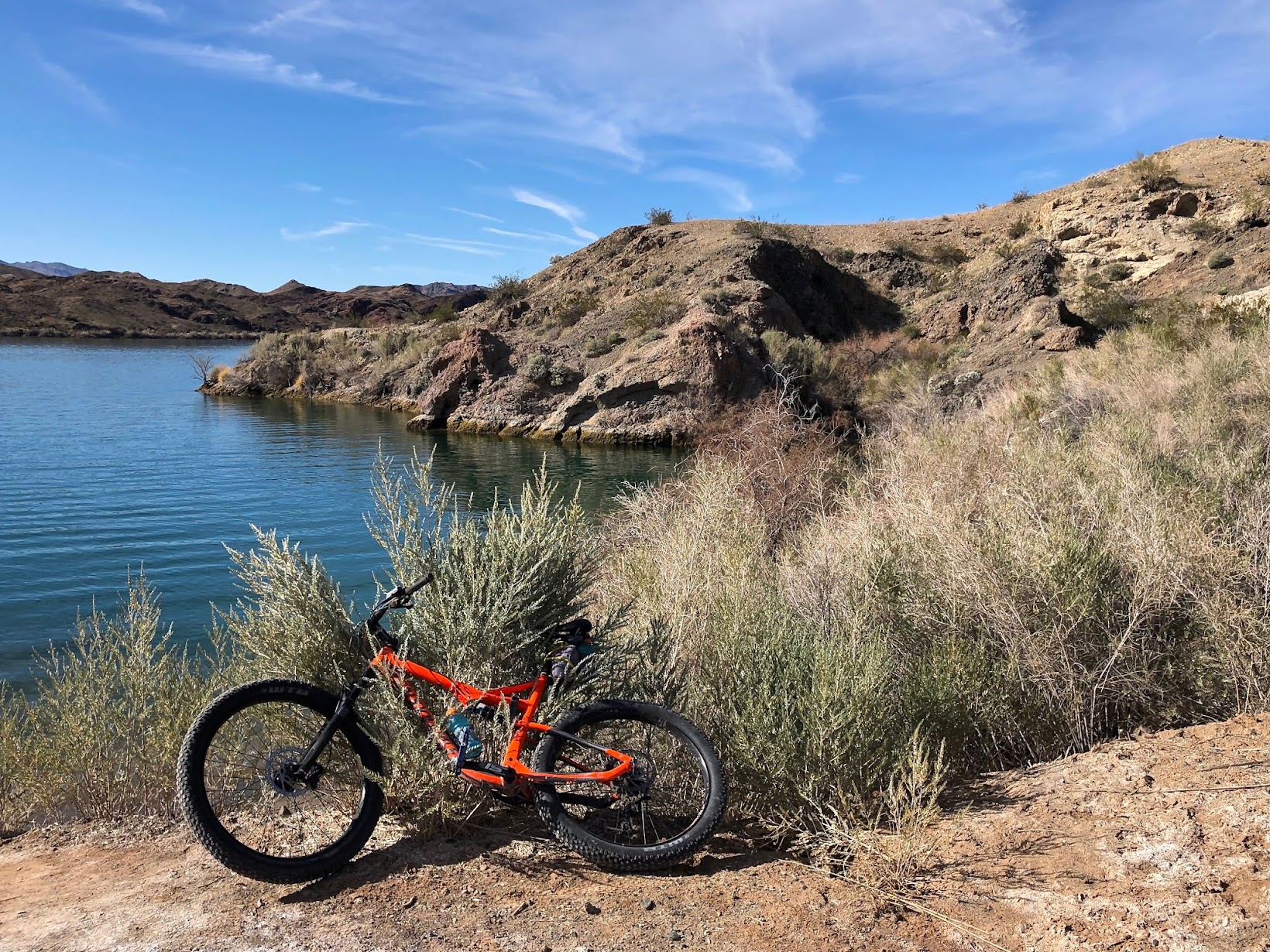 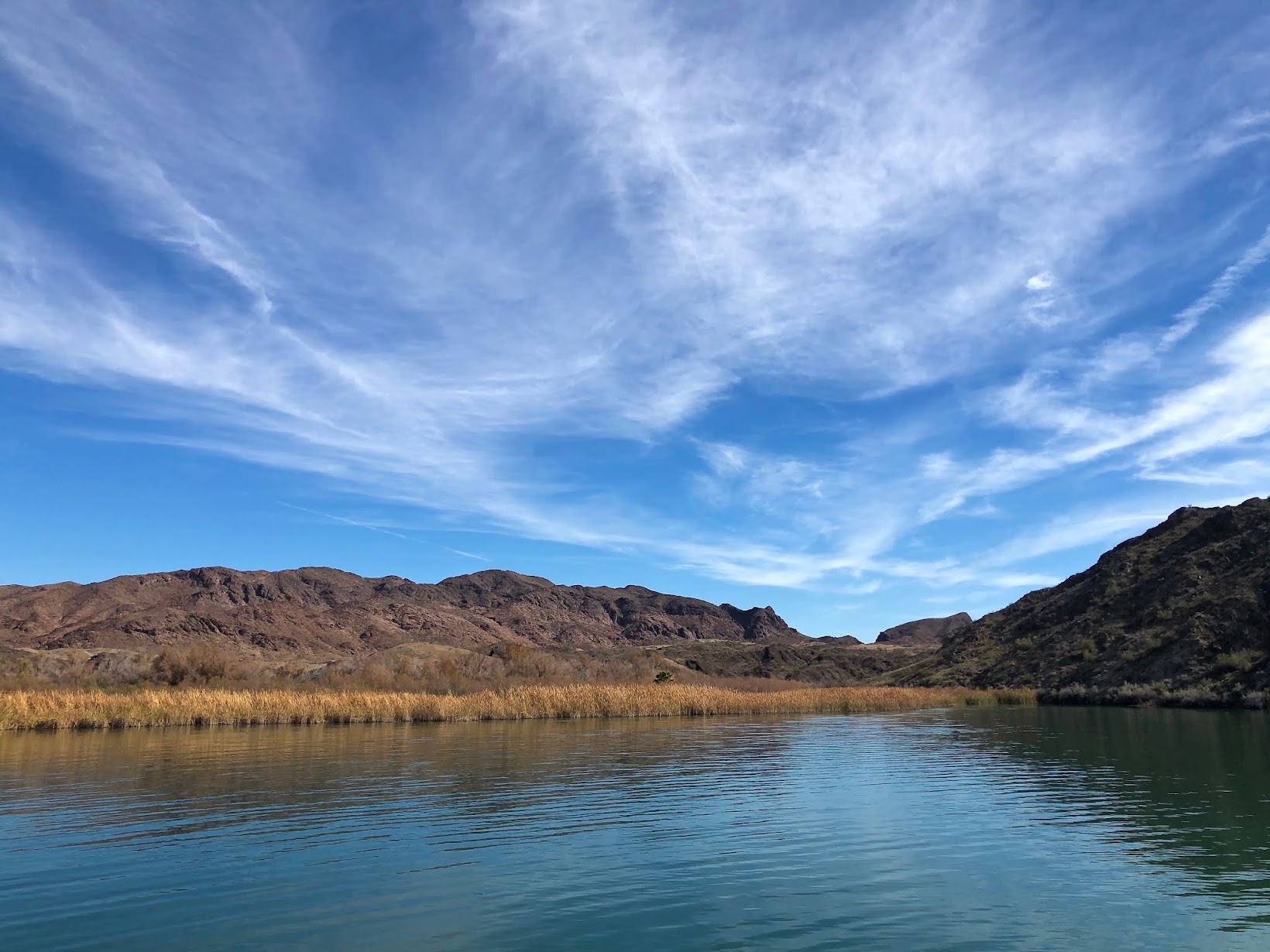 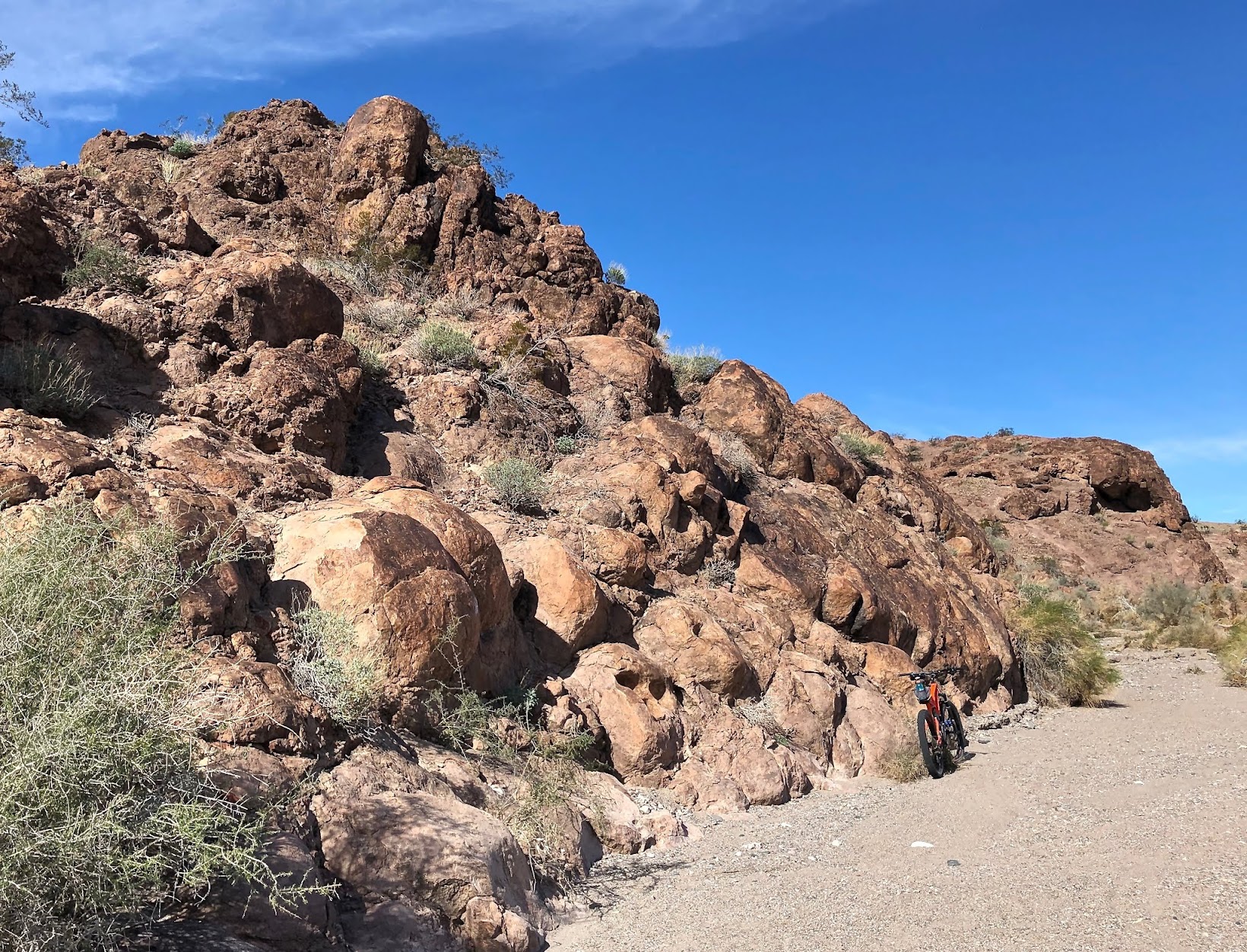 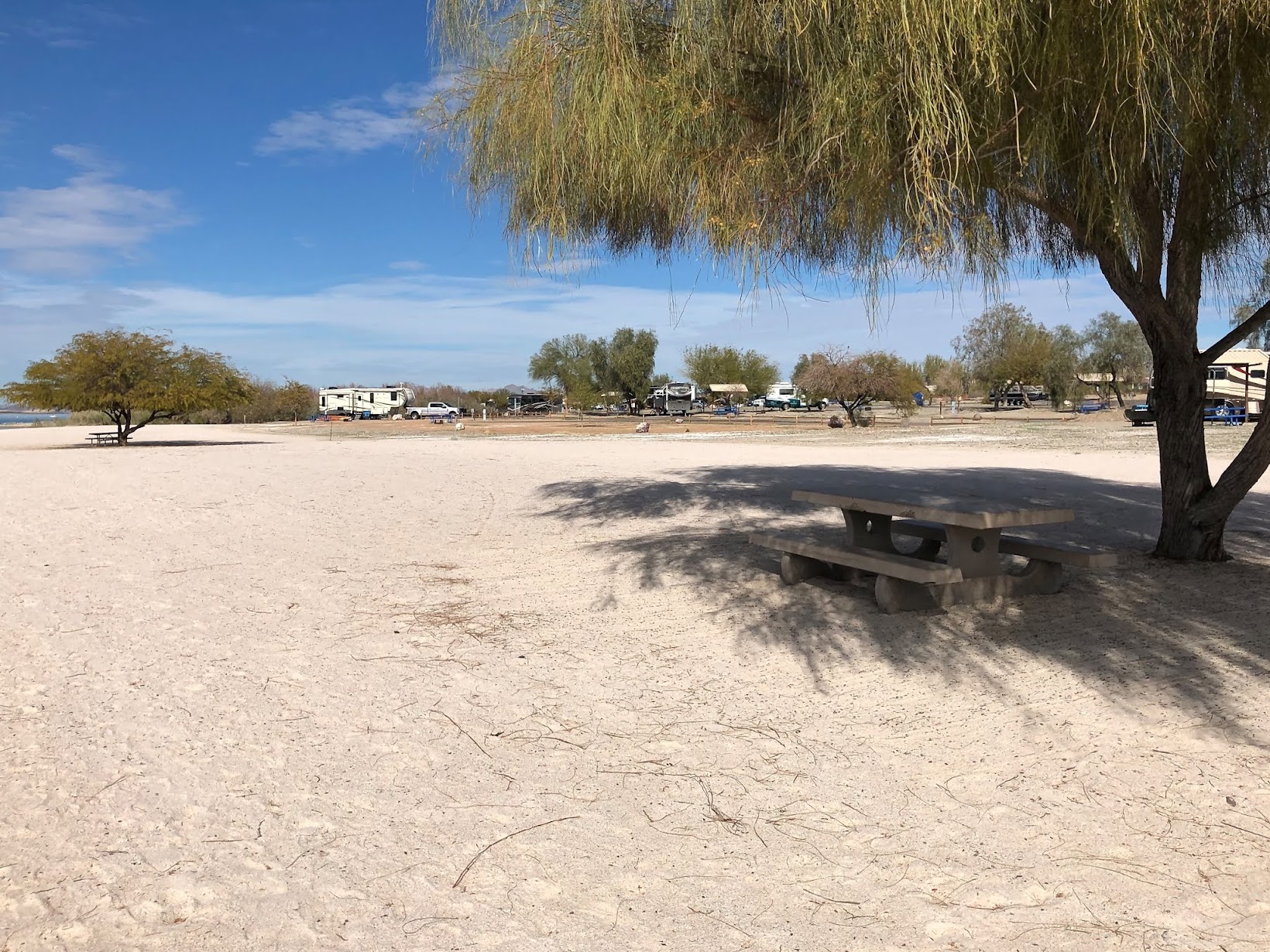