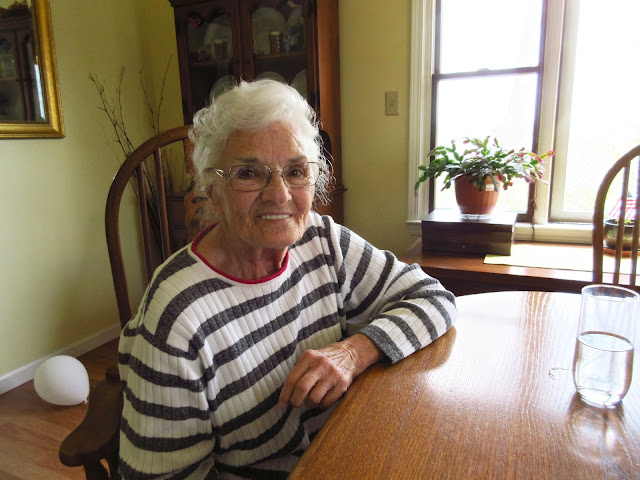 "Sooner or later you come back for that which (is) stored away, and sometimes it isn't there."  Off Ramp...Adventures and heartache in the American elsewhere, by Hank Stuever...


I received a call from Cousin Claudia in Ohio this week. “Hey Mark. Just wanted to let you know that Mom died last night…”


After 88 serviceable years, Aunt Rhodie’s heart had had enough. She was ready…told me as much when I last saw her just this spring. Though mind and memory was wholly intact, her body was failing, and her usual rambunctious spirit sagged under the effort of getting around.

Nurtured by her loving daughter, Claudia, surrounded by grandchildren and great grandchildren, Aunt Rhodie counted herself blessed. In a hierarchy of relatives, Aunt Rhodie was among my favorites. I will miss her boisterous laugh, her incredible knowledge of family genealogy, and her pragmatic wit and wisdom.

My perception is that Cousin Claudia and Aunt Rhodie, except for a few years spent in Texas, were among the few "stayers" in our family. They were literally, and figuratively, deep-rooted Ohioans who stuck it out when life's pendulum swung to hard times. If I had to put a label on our family, it would be “leavers.” To my parents, especially, leaving was often the most viable option, the one that offered the greatest hope that we would eventually stumble upon “God’s will” and that He would anoint us for our efforts with "purpose."

Evidence suggests that some of those "leaver" genes trickled down to subsequent generations, scattering Johnsons far and wide to the United Arab Emirates, Japan, and China. I set my sights low, content to land in the mountains of Lovely Ouray, hoping to cure my wanderlust, if there is such a thing as "cure," which there isn't. There are still days when demons prod at my restlessness. The facade crumbles, and I stand ready to gamble my "perfection" on the off-chance that something better waits down the road. As I said, There is no "cure."

Aunt Rhodie’s passing inspired a few memories of trips back east to reconnect with the “stayers.” Every couple years we’d load up our Oldsmobile de jour, hop Route 66 and make the 2,000-mile odyssey from Arizona to Ohio. Mom and Dad called it “vacation.” I called it a boring roundtrip sentence to solitary confinement in the back seat.

I’m sure there are readers of this “dishwater” old enough to remember the arduous nature of such “olden days” cross-country trips—driving narrow two-lane highways and staying in fleabite, neon motels sandwiched between a busy highway and railroad tracks. Interstates that bypass stop-and-go Main Streets in every Podunk town and sprawling city didn’t exist, nor did “fast-food.” We could easily lose an hour in some smoky truck-stop café. “The more trucks, the better the food,” Mom would always say.

Perhaps the most debilitating aspect of olden-days cross-county road trips was the lack of air conditioning, at least in our car. Imagine the mood after three sweltering days on the road in mid-western heat and humidity, hot and sticky enough to fuse bare skin to vinyl seats. Top that off with mind-numbing 700-mile days playing ABC and license plate games, till your frazzled, bleary-eyed Dad screams “Enough!” And suddenly, there’s nothing to distract you from endless miles of Hell but scratchy AM Country “Twang” and the wretched misery of life-threatening constipation.

Such were summers in “Millersport,” a ramshackle “Mayberry,” of sorts, a time when we assumed our simple lives and innocence would go on forever. “Change” in those days amounted to the size and shape of “fins” on next year’s Cadillac cars. As a teenager, Cousin Claudia became the highlight of visits back east when I developed a “kissing cousin” crush on her. Mom, always the "worrier," tried to nip-it-in-the-bud: "Your babies will be deformed, you know!"


Aunt Rhodie was my dad’s younger sister, one of two girls out of nine Johnson offspring. She chose to stay and raise her two children in the rolling hills near Millersport, usually within a few miles of Grandma and Grandpa Johnson.

Bobbie and I flew to Toledo this past spring to visit my brother, Dan, nephew, Darin, and their families. Dan suggested we take a day-trip to see Cousin Claudia and "Aunt Rhodie." He called to see if they were up for a short "visit" and Aunt Rhodie said, “come on down.” Then, almost as an afterthought, she added that she had had a heart attack the day before.

Aunt Rhodie brushed her heart attack aside like a nuisance fly. It came as no surprise to learn she also refused hospital efforts to put her on a “bunch of pills.” In fact, she gave Doctors hell for trying to keep her and other elderly patients alive beyond design. "Doc!” she said. “At some point you gotta start let'in a few of us go."


In the end, Aunt Rhodie chose to ignore medical advice and pills. She was as in-charge of her demise as she was her life, and eased through the "turnstile" with grace and glory.

I'm grateful to my brother, Dan, and sister-in-law, Elaine, for taking us to see Aunt Rhodie and Claudia this spring. Now in my "Third Act," each passing loved one serves as a reminder that time is not only of the essence, it is the essence. With Aunt Rhodie's death, "The Line" shuffled forward a few steps. An uneasy awareness dawned regarding the dwindling number of people between me and the final turnstile.

Rest in Peace, Aunt Rhodie. And bless you Cousin Claudia, for the loving care you gave to "Mom." 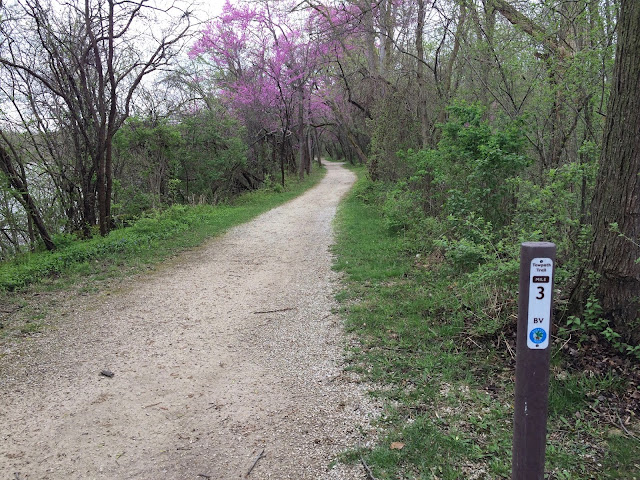 Posted by Box Canyon Blog.com at 9:34 AM