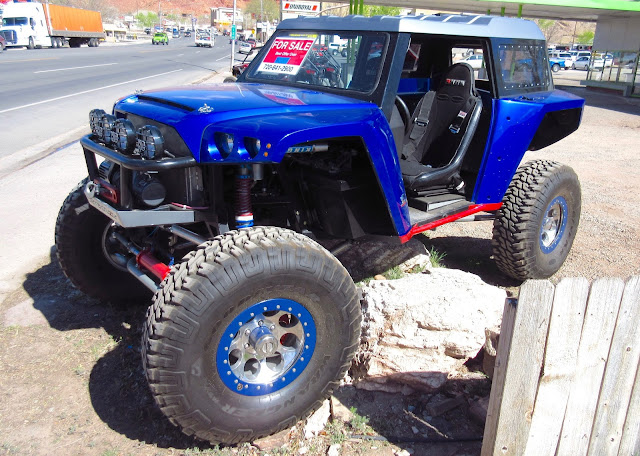 Ok, here's an IQ test, grab a pencil: First, you must pretend you're a diehard Motor-head. Now, how much would you pay for a well used 4WD "rockhopper" like the one pictured above? 10 grand? 20? 30???


The For Sale sign reads $40,000... firm.  In what country on what planet do people with such disposable incomes now live? Apparently the United Arab Emirates and the United States of America. One would either have to be insanely rich, or richly insane. But it happens all the time, right here in little ol' Moab. 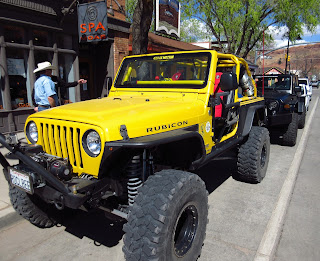 If I'm honest, I feel the same way about Rv's that cost hundreds of thousands of dollars... only to start depreciating like tube TVs before the ink is dry on the sales contract. Might as well start a campfire with hundred dollar bills. 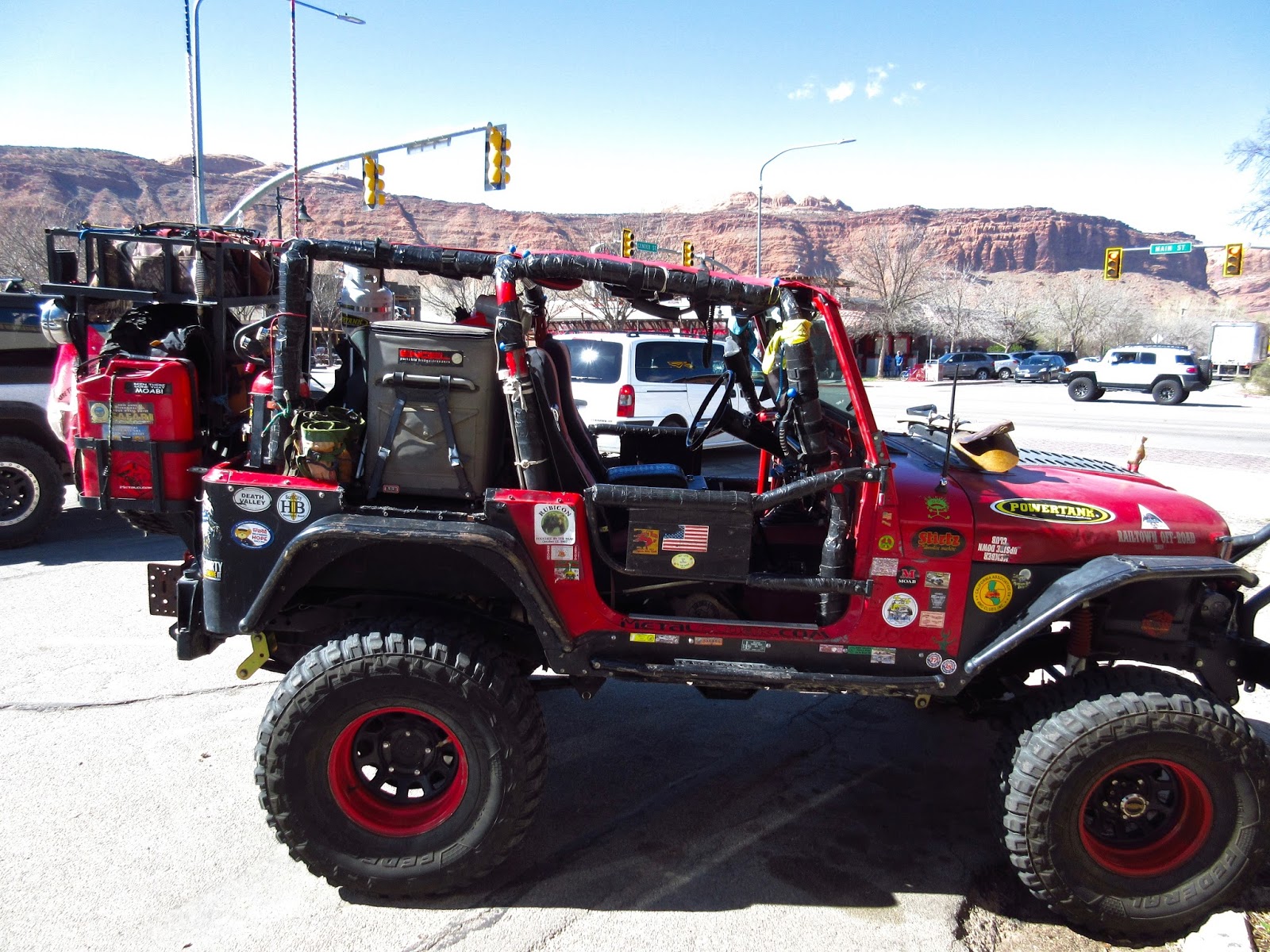 That the "Luxury" segment of the Rv industry seems to be thriving is beyond me. "Well look at how cheap gas is now," you say. Give me a break. To my simple mind, if one is willing to spend $300,000 or more on a tricked out quad-slide motorhome, they shouldn't be worried about five dollar per gallon fuel prices, or the pitiful 8 mpg such rigs get. It makes about as much sense as Govie footing the bill for massive billion dollar Stimulus Packages in order to jump start the economy in order to bring in more tax revenue in hopes to pay for the Stimulus Package. What a circle jerk! Then again, I only took Econ 101 in college... "Guns and Butter" basics. Another thing that doesn't make sense to me is buyers who finance big ticket Rvs, "PAYMENTS AS LOW AS 499.99 DOLLARS A MONTH!" It's always followed by pages of small print that says something to the effect of "...for the rest of your freaking life."

Never the less, every November Goldie is surrounded by deluxe rolling mansions at the Zion River RV Resort, as well as pricey big boy toys that macho men dream about.

Well good for them. I'm seldom jealous of wealth anymore, tho I do envy people with good health. Sometimes I wonder if I would be tempted, you know, should I win the lottery that I refuse to play (speaking of lighting a campfire with dollar bills, and don't even get me started on vacations to Lost Wages, Nevada). But for "what-if's sake," pretend I inherited a wad from some rich uncle (that I don't have) and could misplace or burn 300 K and never even miss it cause I still have enough money left to stuff a California King Mattress. Would I be at all tempted should I accidentally roll into a Luxury Rv lot, one that used to be an Art Gallery?

Half out of my Lexus and fully out of my mind before I realize the mistake, "Oh well, might as well have a look around." Might I yield to temptation like I did in Moab, and drive a brand new mansion home? I say NO! No I would not, even if I was filthy rich. But it's difficult to test such a hypothesis without a real and present danger of the outcome happening. Talk is cheap, like when Jimmy Carter was being interviewed by Playboy and after much prodding admitted that he "lusted in his heart," but never with his body. Like that's not a sin? Might as well "do it in the road" for all to see, according to the bible. Anyway, he wouldn't be the first President, and we certainly know he wasn't the last.


Bobbie and I spent over 3 hours walking the Mad, Mad, Mad World of Moab. Chrysler/Jeep had vehicles and reps there, mostly pretty blonde gals like at the big car shows. They handed out info and showed off their big "headlights," as well as a few "Concept Vehicles."

As we continued our cruise up Main Street, we passed the Ford dealership. Just out of curiosity, mind you, I went over to check the sticker price on a new Ford 4X4, short-bed, extended cab F350... just like Petroleous Rex, now pretty much retired and aging gracefully in his garage. As if the price of the Boy Toy in the lead photo wasn't justification and redemption enough for my purchase of a full suspension mountain bike (yes, in spite of all the Joy and Satisfaction it brings to my life, I still try to "Justify" the impulsive meltdown that resulted in a new bike and a new computer, followed by new tires on Sue Bee), the "sticker" on the F350 did the trick. Are you kidding me? $70,000 bucks for a new pickup?

I was off the hook. I shall keep my vow to Bobbie, to never buy another truck and that she can bury me in Pet Rex.  Angels soared. A choir rose in falsetto chorus. The sun was eclipsed by the Moon in my eyes and the Alter called. I found salvation, of all places at the Ford Dealership in Moab. My conscience was wiped clean; Jesus came into my heart and vanquished all Guilt and buyer's remorse. "Redemption is mine," thus sayeth my Lord.
"Go, my son, and sin no more!"
"I shall, my Lord. I haveth everything I need!

Cut to scene with Steve Martin as Navin R. Johnson in "The Jerk:" 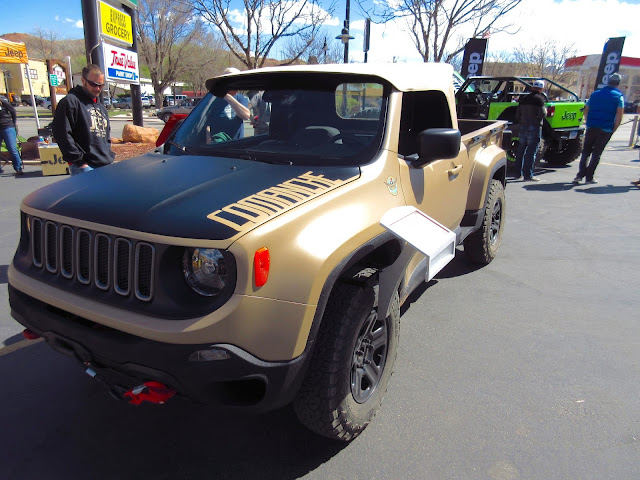 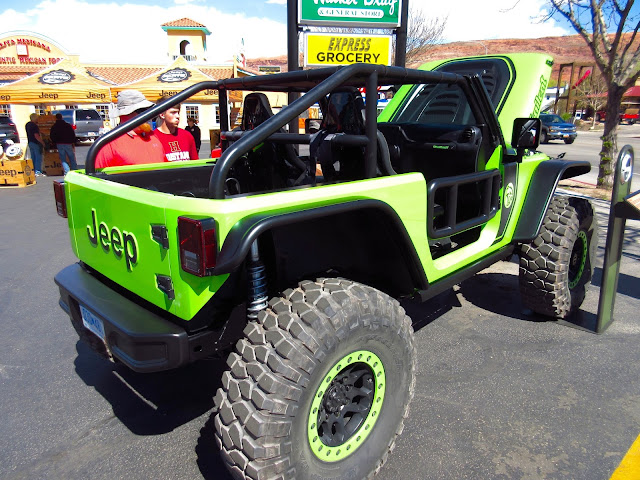 Posted by Box Canyon Blog.com at 8:30 AM